A 30-year-old woman was pinned under her car after another vehicle broadsided her, so deputies from the Oakland County Sheriff’s Office worked together to lift the car off the trapped woman

Several sheriff’s deputies in Michigan lifted a car that had flipped over on top of an unconscious woman after a hit-and-run on Thursday, dashcam footage released by the Oakland County Sheriff’s Office shows.

The woman was ejected from her car after a speeding car ran a stop sign and broadsided her in Pontiac, about 30 miles north of Detroit. The driver of the speeding car, who police have identified as 30-year-old Dontonio Tremone Nichols, allegedly bailed out of his vehicle and fled the crash.

A deputy witnessed the crash and quickly realized that the victim was trapped underneath her car and her 2-year-old child was dangling upside down in a car seat. 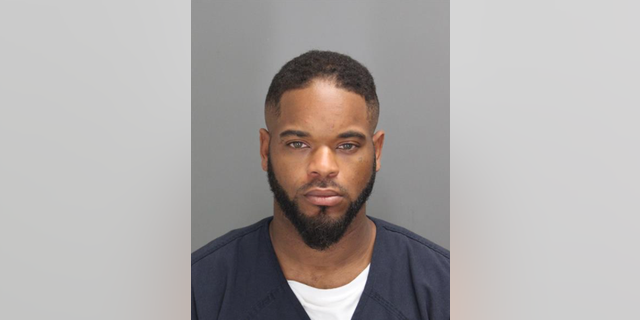 Dontonio Tremone Nichols, 30, was arrested Thursday morning, hours after he allegedly fled the scene of an accident that caused a car to flip on top of a woman.
(Oakland County Sheriff’s Office)

Eight sheriff’s deputies got on one side of the car and were able to lift one side enough to free the injured woman.

“They realized this was life and death, she’s underneath the car, they couldn’t wait for any kind of wrecker assistance, and the jaws of life probably wouldn’t even be functional,” Oakland County Sheriff Michael Bouchard told FOX2 Detroit. “She didn’t have the time to wait so they got as many bodies there as fast as they could, [lifted] the car, and [pulled] her out.”

Her child was uninjured, according to FOX2 Detroit.

Nichols, who police say absconded from parole, was arrested Thursday evening and charged with leaving the scene of an accident, driving with a revoked license, and obstructing police. He’s being held on a $275,000 bond.