THIS is the haunting moment an OAP tells a 999 call handler he's beaten his wife to death with an iron pole as he can't cope with her dementia.

The man is heard confessing "I've killed my wife", as part of a documentary about emergency services. 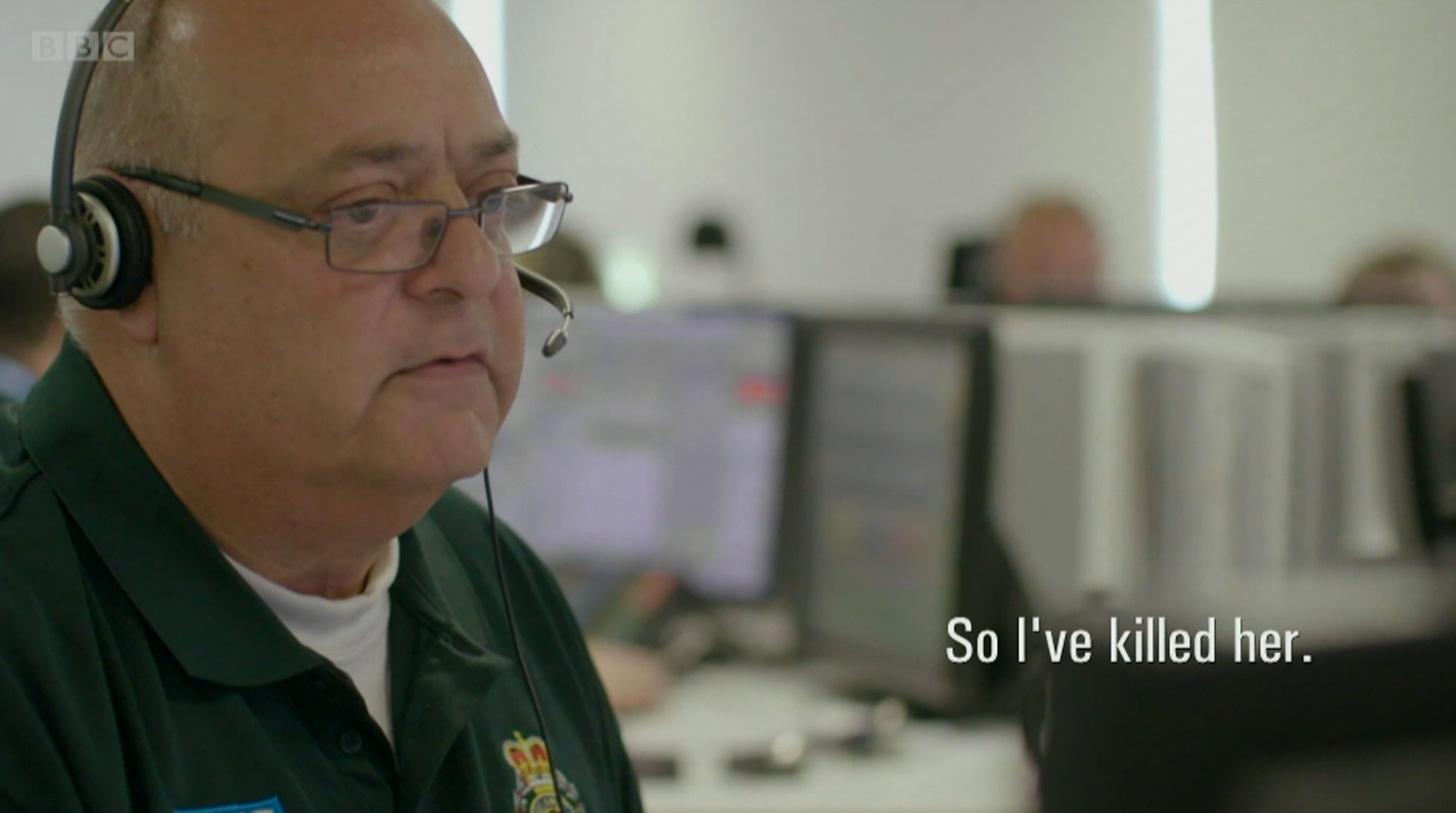 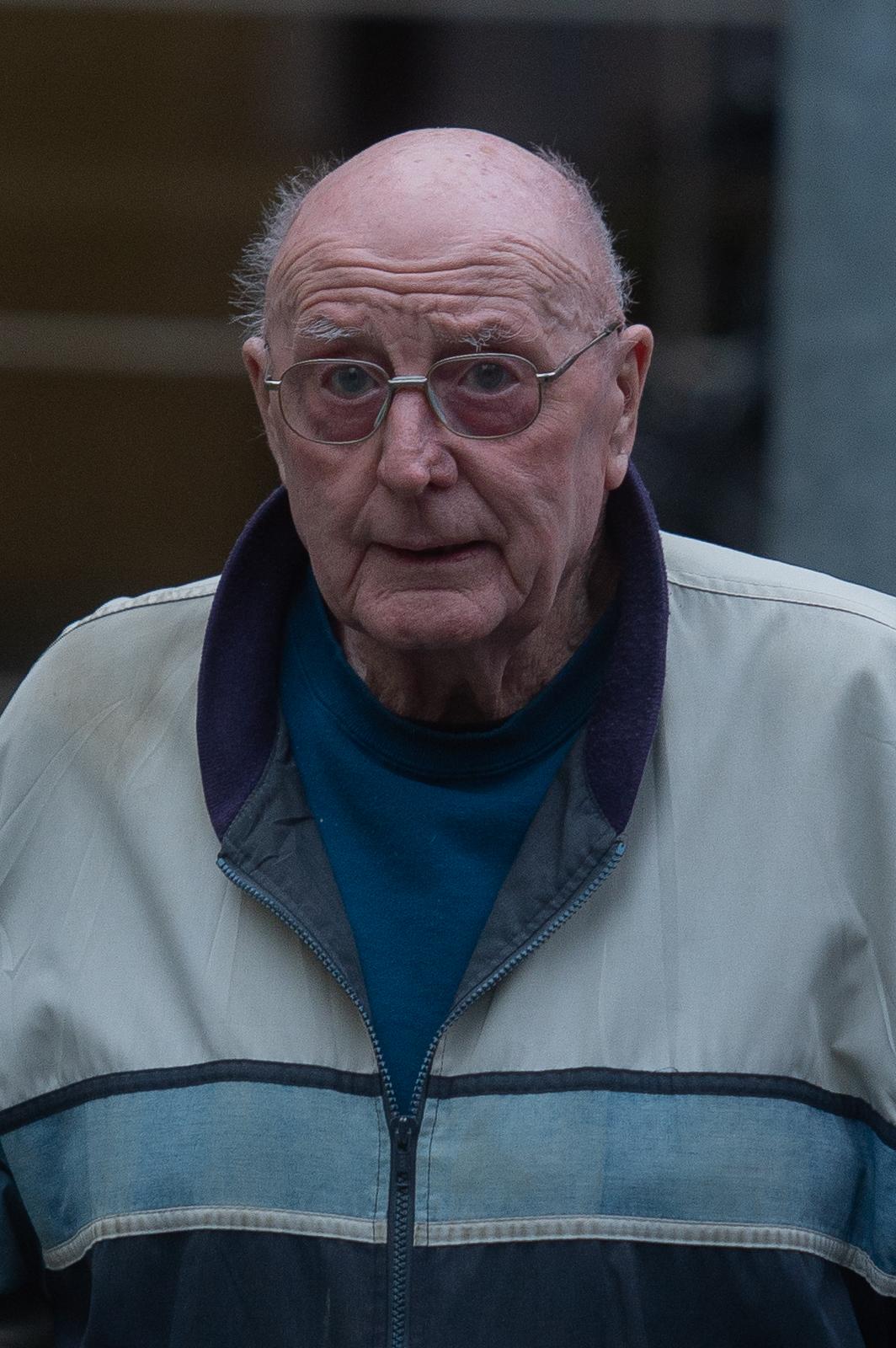 He was recorded saying "she can't walk, she's incontinent and I can't cope, so I've killed her".

The chilling moment was caught by the film crew recording for "Ambulance", a series on the North West of England emergency services.

It is understood that the call was from Lawrence Franks, who was last year spared jail for killing his dementia-stricken wife to avoid seeing her moved to a care home.

The footage, which aired on BBC 1 last night, hears a man telling a call handler he has hit his 86-year-old wife with an iron scaffolding pole.

He then asks the cops not to use sirens as it might ruin a little girl's birthday party next door.

At the time it was reported to be a tragic promise that led Mr Franks to kill his beloved spouse of 62 years in a heartbreaking "act of mercy".

In the last ten years of her life, Patricia Franks, 86, begged her husband never to let her be taken into a care home.

But as the dementia-sufferer's condition deteriorated and she was no longer able to recognise him, frail Mr Franks found it increasingly difficult to cope.

She can't walk, she's incontinent and I can't cope, so I've killed her.

Mr Franks, a former lifeguard and bus driver, was charged with murder following the tragedy on Sunday July 8.

But a compassionate judge accepted his guilty plea to manslaughter due to diminished responsibility.

The OAP was given two years jail, suspended for two years, after Judge David Stockdale QC ruled he was a ''devoted man" who showed ''nothing but love and affection'' for his wife.

Mrs Franks was practically immobile and incontinent when her partner began to realise he could not manage on his own.

Days before reaching breaking point he suffered a hernia due to his physical excursions in moving her to and from her bed and favourite armchair.

Manchester Crown Court heard how Mrs Franks was ''completely unaware'' of the violence being meted out on her. She was found dead when police were called to the property.

The judge said: ''This is a most unusual and very sad case and most would say heartbreaking.

"You and your wife were happily married for 62 years. You were utterly devoted to each other throughout your marriage and during the decline in her health as you cared for her.

The act was a spur of the moment and your genuine belief this was an act of mercy. No two cases are the same. This is far from showing malice or ill will.

''You took care of her despite your own age without outside help and your dedicated to her was undoubtedly unconditional. I have heard there were alterations to your own home including rails, converting the garage into a downstairs bedroom for her so she could continue to live at home as was her wish.

''She was particularly anxious not to be placed in a care home, and this was said so repeatedly that this was a genuine concern. But as her health deteriorated, the burden of looking after her became even harder for you.

''Yet you continued to care for your wife without assistance."

Earlier the court heard how Mrs Franks, a retired clerical worker at Altrincham General Hospital, had been diagnosed with dementia around 10 years ago.

''She was completely unaware of what happened to her," the judge said. "There was an abnormality in your mental function. Doctors have confirmed this was diminished responsibility."

In a victim impact statement Mrs Franks’ nephew Samuel Whiteside said the family bore "no malice" towards Mr Franks and "wished he had sought help from professionals".

“We believe as a family that Lawrence Franks did what he did because he couldn’t bear seeing her as she was,” he added.

In his concluding remarks, the judge said: "The act was a spur of the moment and your genuine belief this was an act of mercy. No two cases are the same. This is far from showing malice or ill will. 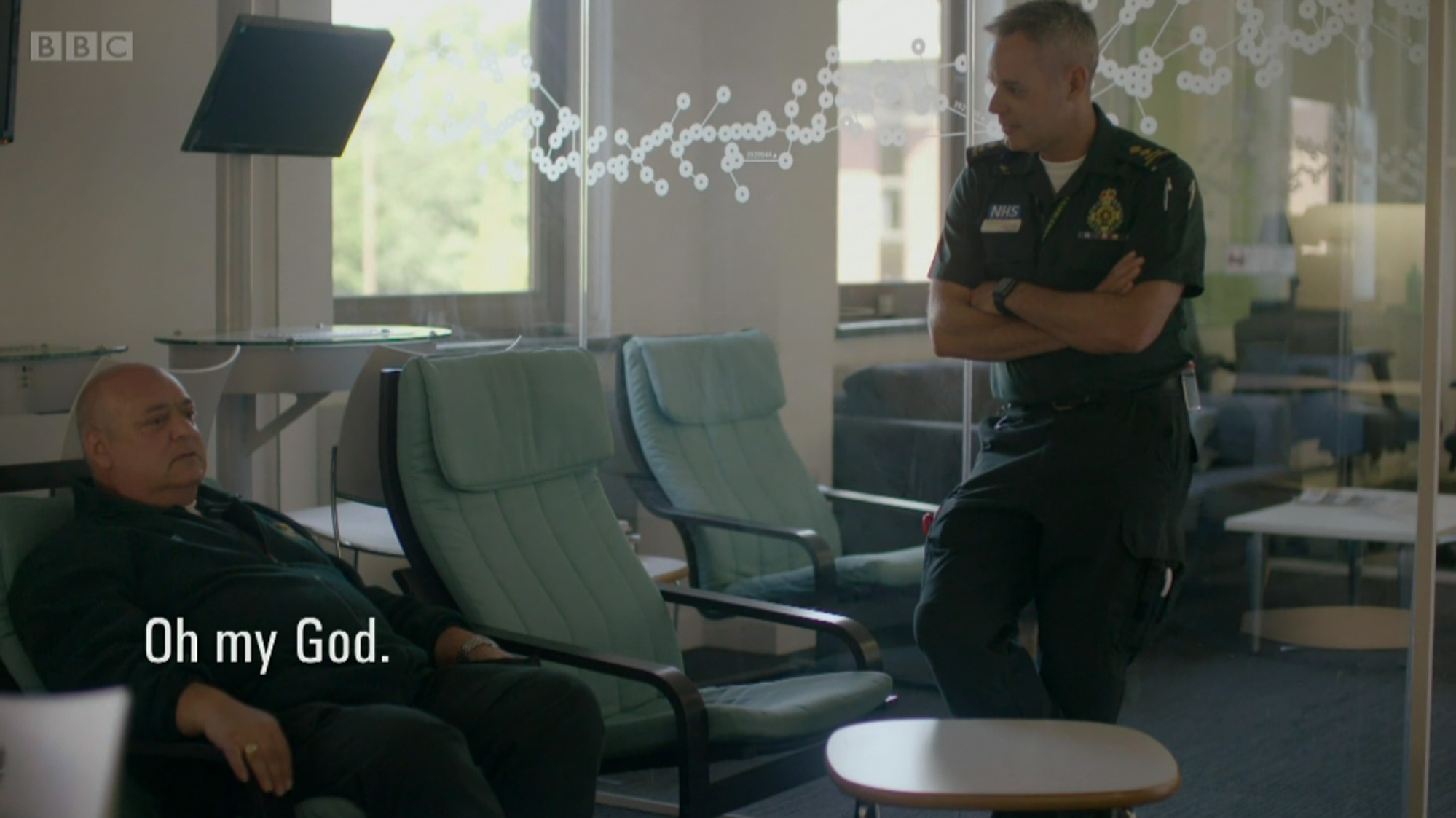 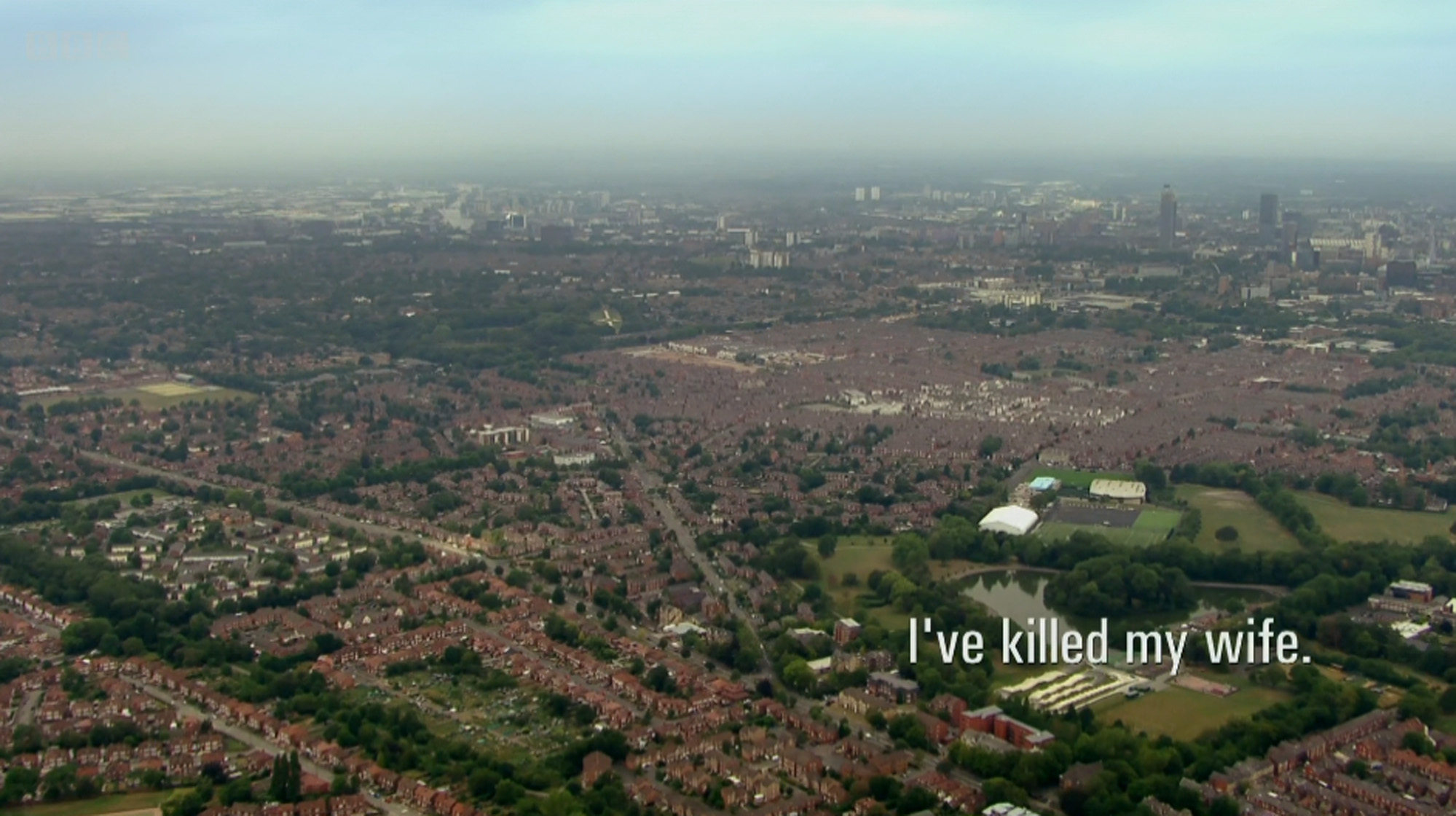 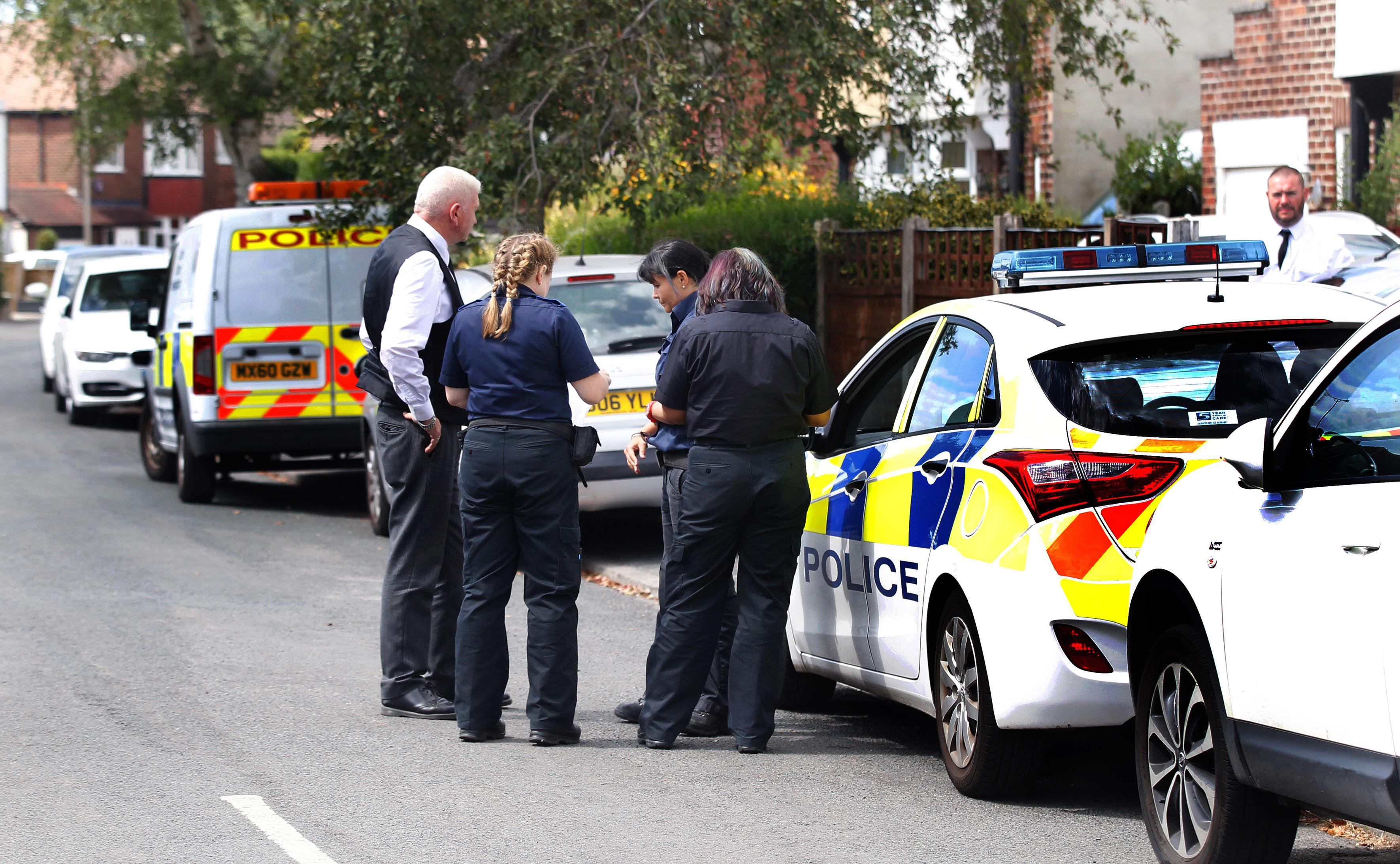