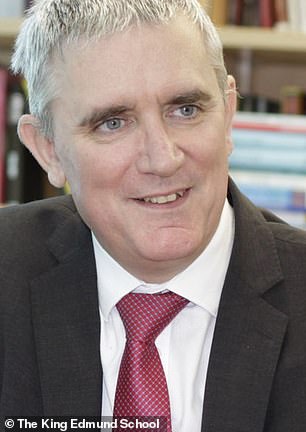 A secondary school head teacher has demanded police investigate an Instagram account that was set up to abuse his staff.

The account had 300 followers before it was deleted and has been branded a ‘personal attack’ on staff at the Rochford academy.

A source close to the school said: ‘Students created an Instagram page dedicated to mocking staff through posts.

‘More than 300 individuals were following the page before it was taken down.

‘Some posts suggested inappropriate behaviour from teachers, while others were poking fun at the authoritative nature of others.

‘The school has taken the view that this is a personal attack on the school and its staff.’

The academy has over 1,500 students ranging from 11 to 18, and focuses on business and enterprise.

The unnamed source continued: ‘The school has contacted safeguarding authorities and union representatives to determine a course of action.

‘The school was advised to contact the police and pursue the creators for hate crimes. 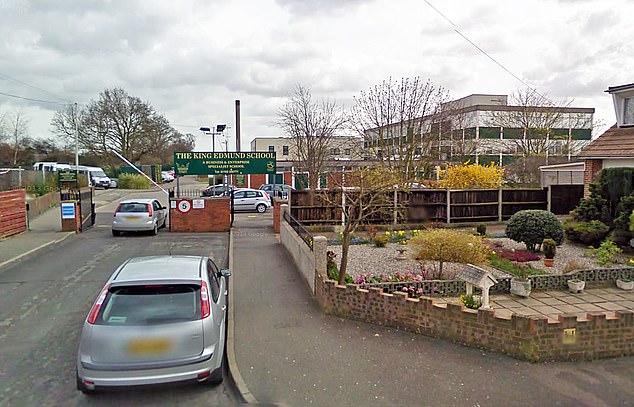 ‘These so-called memes, for a lot of young people, are like the equivalent to newspaper comic strips which are notorious for spitting in the face of authority.’

Essex Police confirmed they are investigating the allegations.

A spokesman said: ‘We are investigating allegations of malicious communications and harassment, which were reported to us on May 17. The reports relate to social media accounts and enquiries are ongoing.’

Terry Cutmore, vice chairman of Rochford District Council, said: ‘If this is proven to be true, it is a shame they feel they have to take these routes to decry the teachers.

‘I think it is shocking that we are getting these claims. I think it shows we need to be up to date with social media and the affect it has on our society.

‘Our teachers do a fantastic job and we need to support them. This is not what they need.’

A school spokesman added: ‘The King Edmund School believes in our students and staff treating each other with kindness and mutual respect.

‘Therefore, an incident such as this is taken extremely seriously. We will not tolerate someone treating anyone else negatively, whether a member of staff or a student.

‘The police are investigating allegations of malicious communications and harassment, and the student responsible will be held accountable for their actions.

‘Unfortunately, despite its positive aspects, social media has given a public platform to voice comments of this nature, which for many years previously were confined to an audience of just students and the hardworking caretakers in schools.’