BRANDED painkillers are being sold for 14 times the price of cheaper supermarket versions, The Sun on Sunday can reveal.

Our research found High Street shoppers can pay nearly £4 for a box of branded Nurofen — with the main ingredient being ibuprofen. 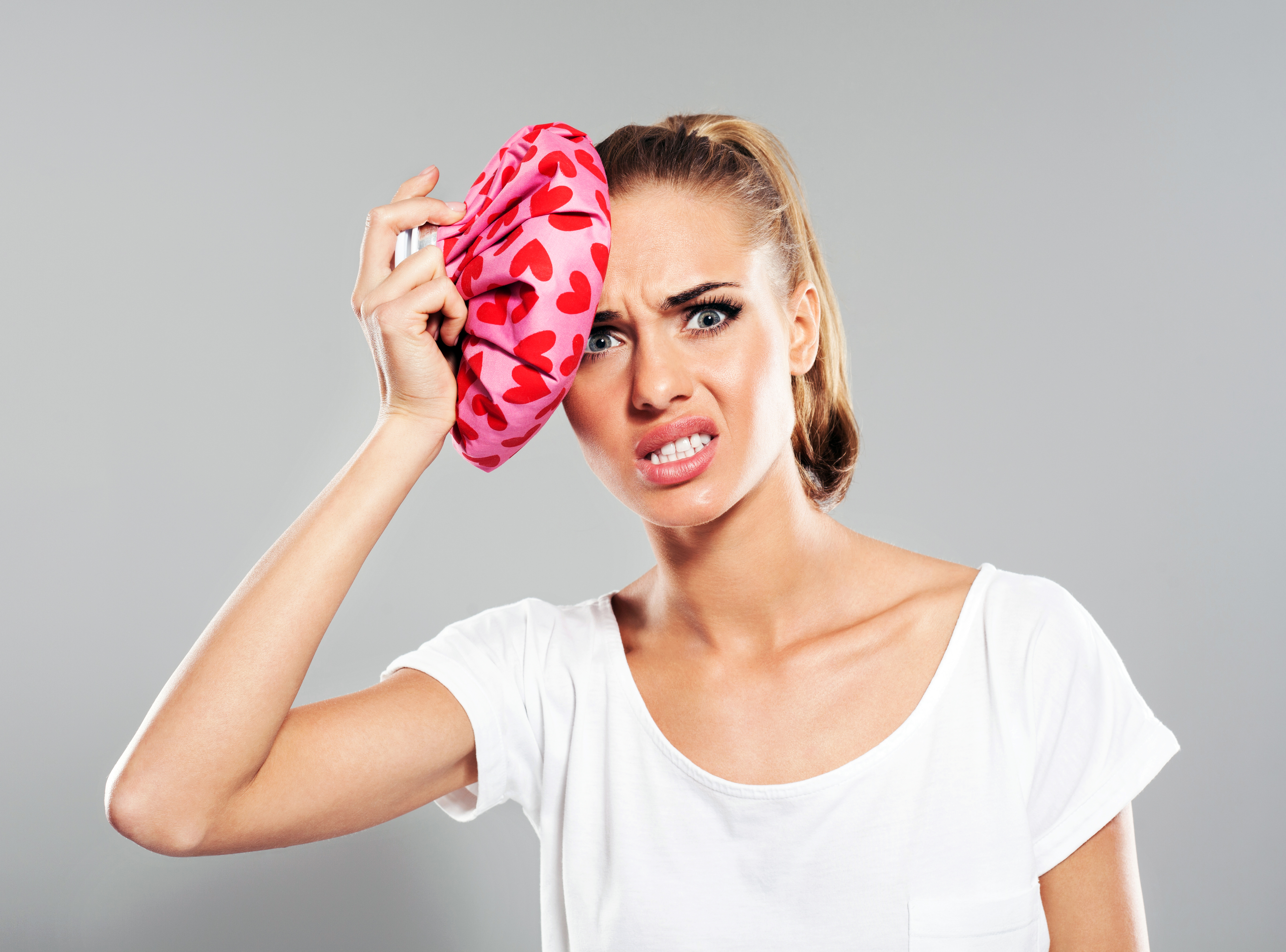 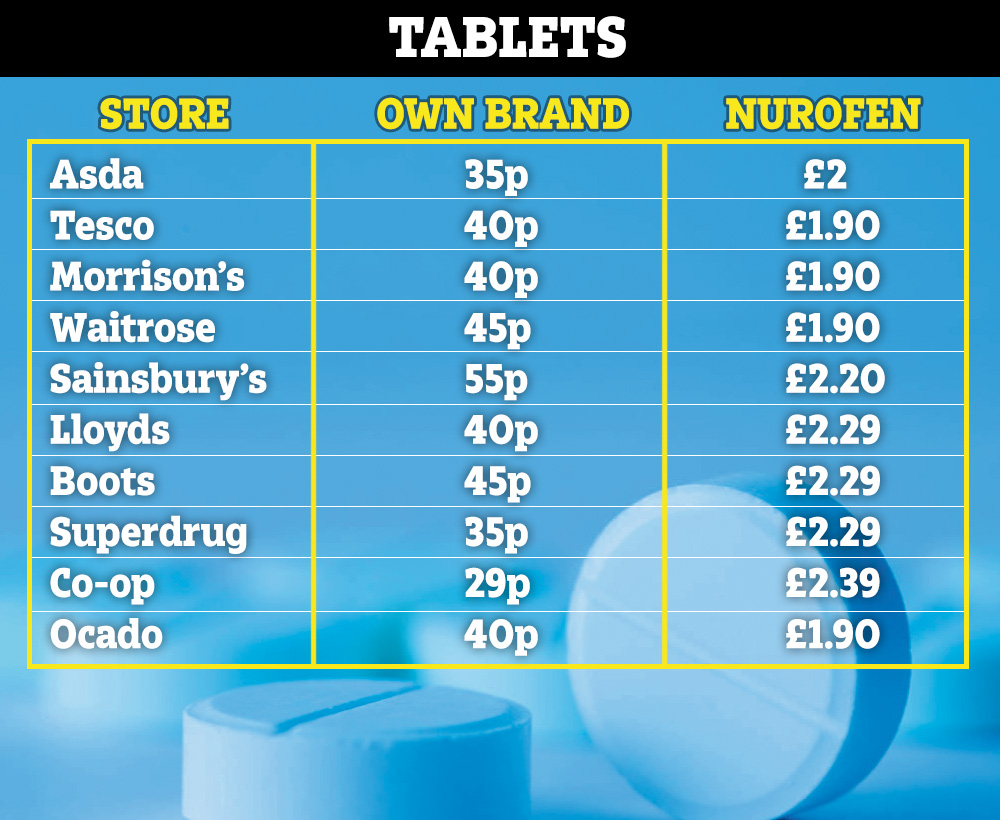 Yet ibuprofen tablets on sale for 29p in Aldi and 35p in Asda do exactly the same job.

The most expensive was a box of 16 Nurofen tablets in WH Smiths at London Victoria station for a whopping £3.99.

But the high price makes them no more effective at treating aches and pains.

Ibuprofen is a painkiller ­available over the counter and is used to ease mild to moderate pain — such as a headache.

Professor Gino Martini, chief scientist at the Royal Pharmaceutical Society, said: “There is no difference between a branded ibuprofen and a supermarket one.

“They are made of the same ingredients.”

Professor Martini explained that branded versions are more expensive as they have to recover the enormous cost of developing the drug.

Yet once the patent on the ­original version has run out, other firms are free to make their own versions — and they can sell them much cheaper.

Even fancy liquid capsules which can cost more than £4 may only work MINUTES faster.

Professor Simon Gaisford, from the University College London School of Pharmacy, said: “If you have a raging headache and want to get rid of it as fast as possible, an express tablet might be better, but for general aches and pains a normal tablet is fine. It’s not worth spending any more money.”

Professor Gaisford compared the performance of different types of ­ibuprofen for a TV show.

It’s hard to know how much it costs, but I’d ­imagine it’s in the pence. Supermarkets wouldn’t sell at a loss

He said: “We bought tablets from different supermarkets. What you do is just add them to water, stir it at a constant rate and measure how fast the drug is released.

“We found the generic products released their drug in exactly the same way as the brand leader.”

Professor Gaisford explained that companies that want to ­create a generic version of a drug have to prove to the Medicines and Healthcare Regulatory Agency that it works in the same way.

He added: “To get a licence you have to do a small clinical trial to show how much of the drug gets into the bloodstream in a particular time. You have to show that it works in the same way as the brand leader.”

The professor added that in some cases the expensive and cheaper drugs may be identical — and even from the same ­factories.

He said: “It’s hard to know how much it costs, but I’d ­imagine it’s in the pence. Supermarkets wouldn’t sell at a loss.”

A spokesman for Reckitt Benckiser, which makes Nurofen, said last night: “While some pain relief products can seem to be the same, the finished product can still have differences.

“Branded medication can be more expensive than generic products due to investment in research and product innovation. Nurofen continues to invest significantly in research and development.” 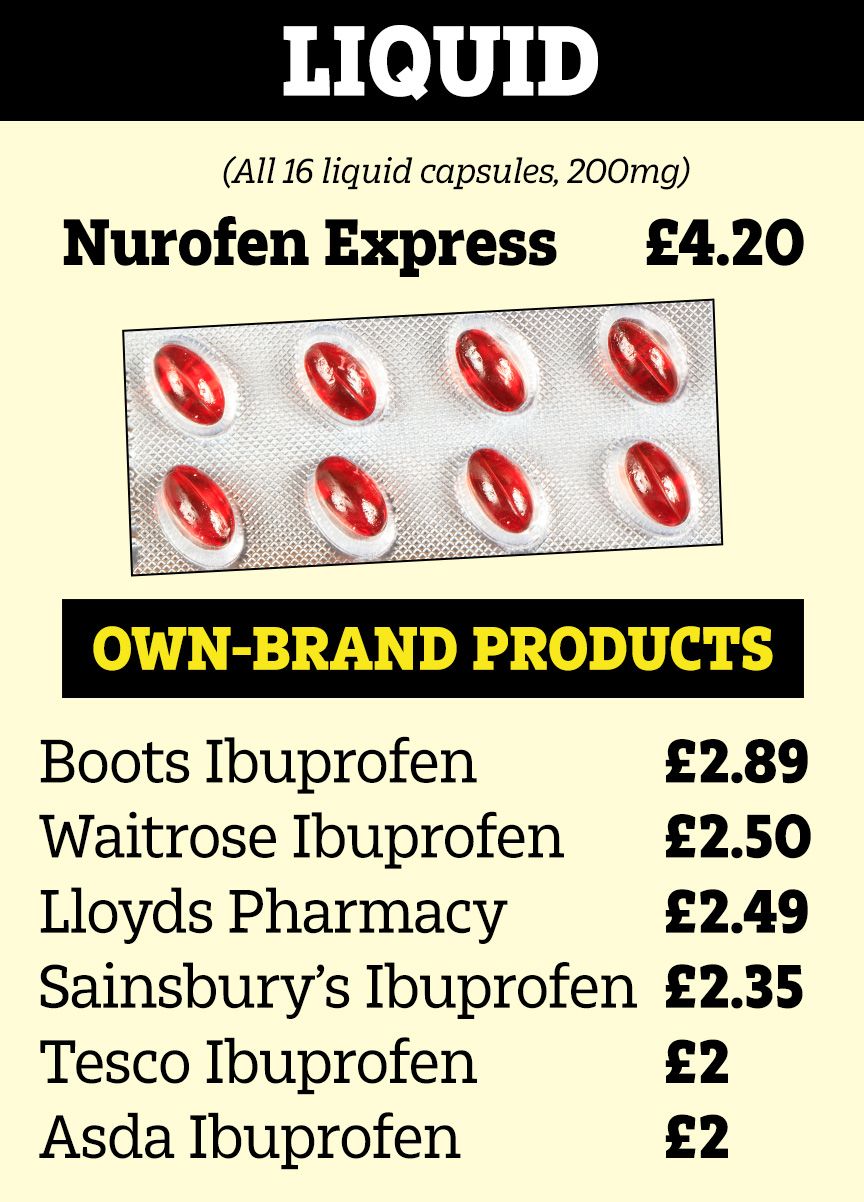 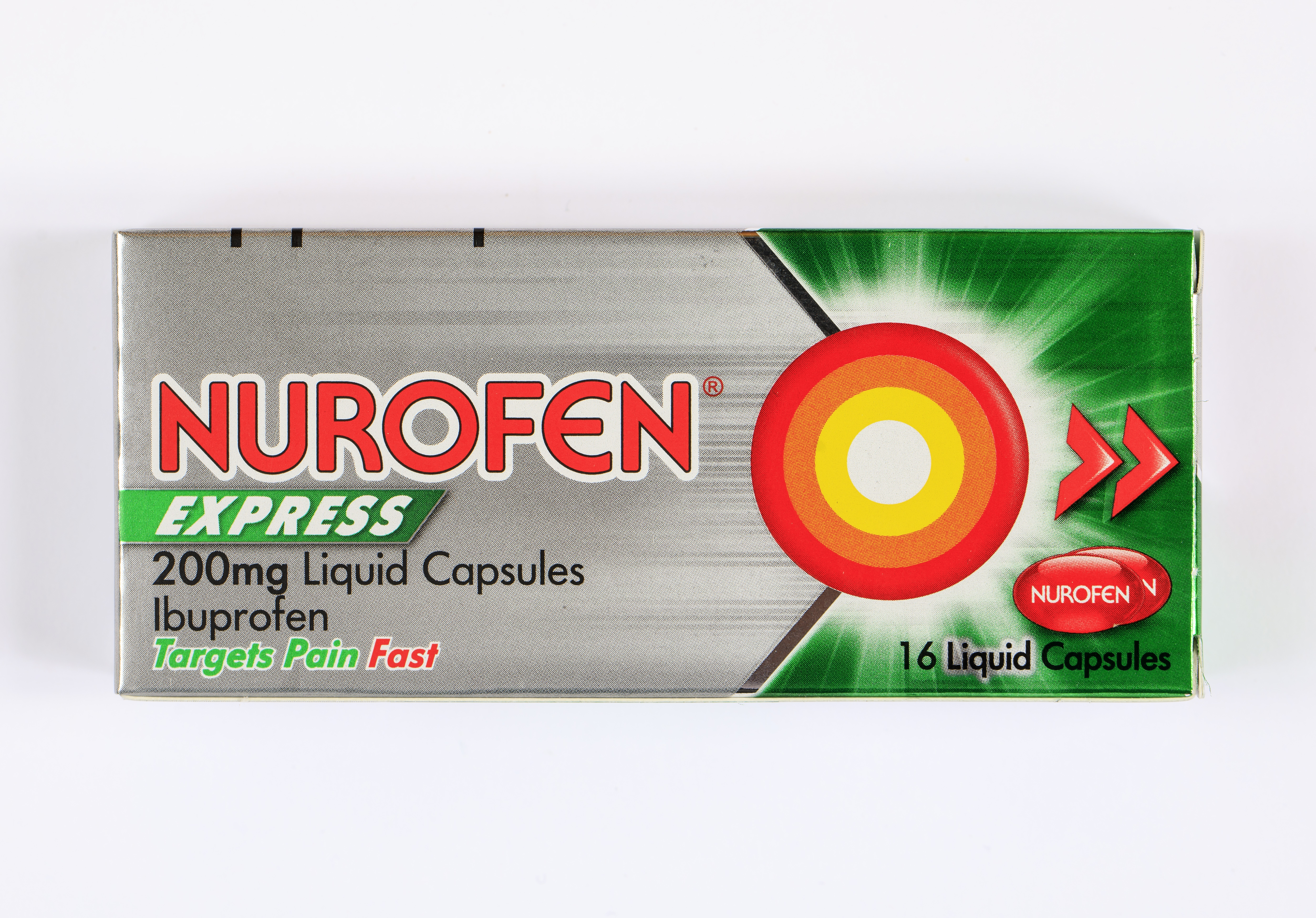 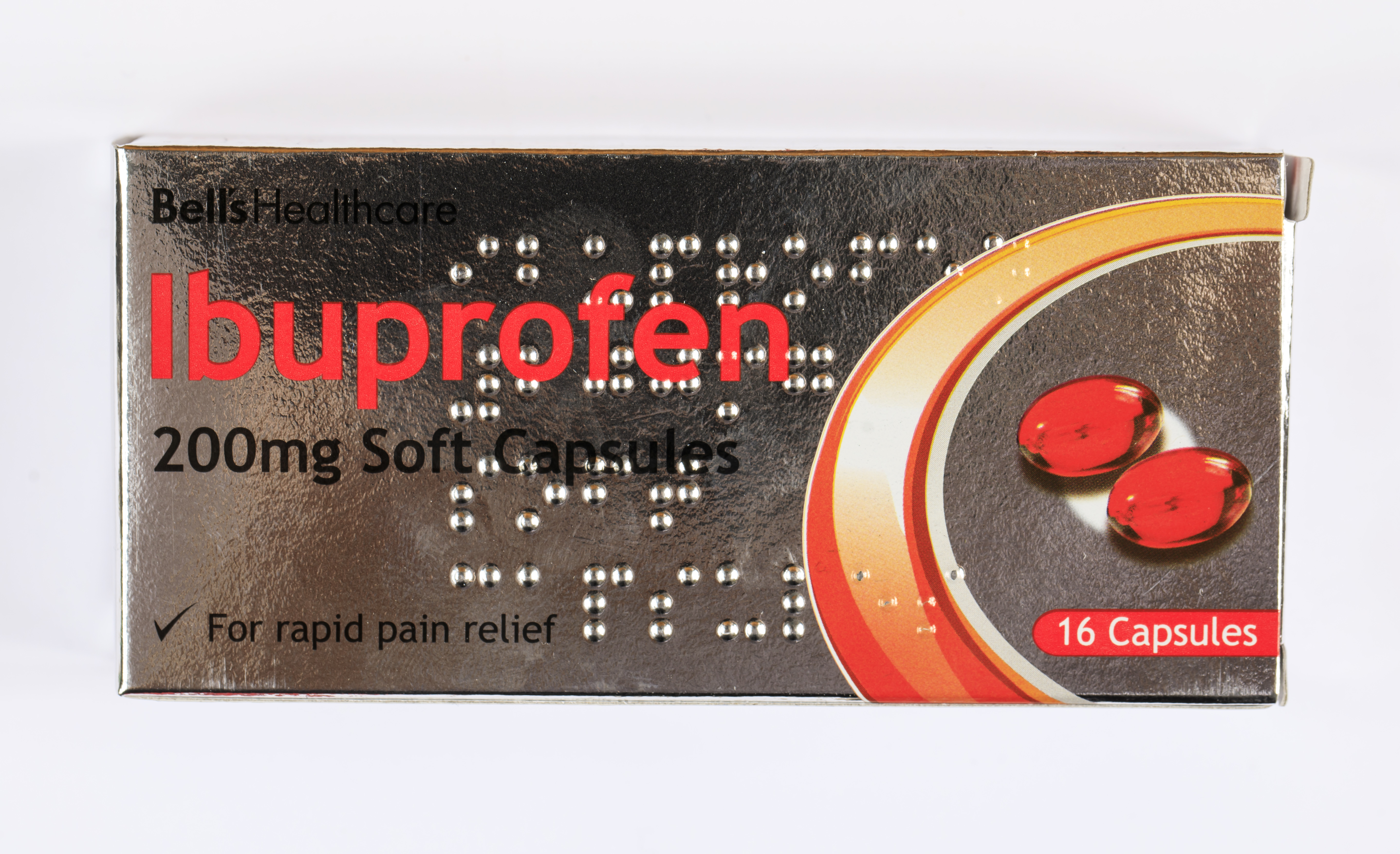 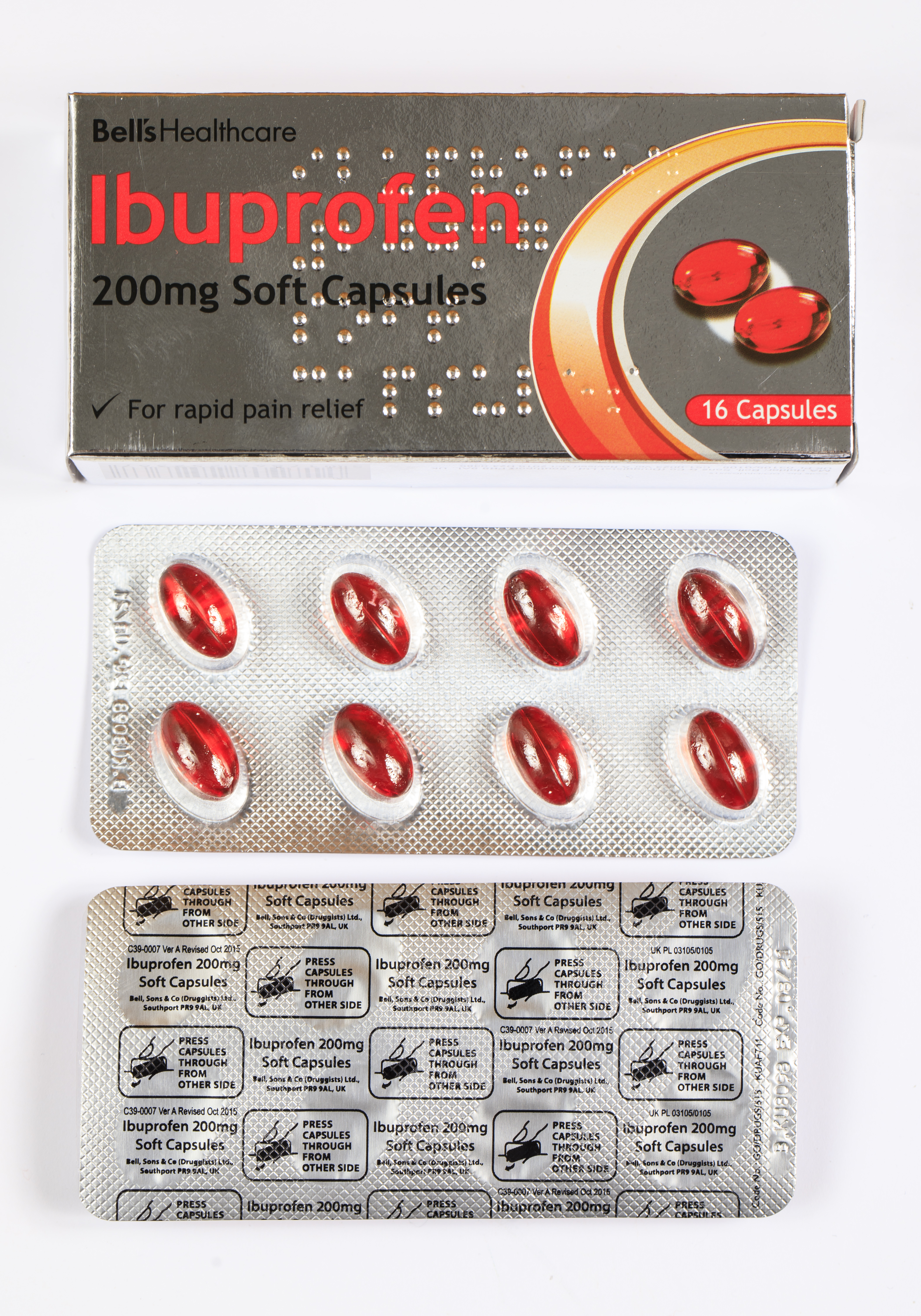