This is the heartbreaking moment Ukrainian soldiers found an 82-year-old man face-down in the mud after he collapsed while looking for food, before they carried him home to safety.

In the footage tweeted by Anton Gerashchenko, the Advisor to the Minister of Internal Affairs of Ukraine, soldiers film the scene as they walk up to him.

The 82-year-old is seen lying near shell craters in a town near the frontlines.

He was walking towards the post office, which has been closed for three months, searching for food.

The man was weak and hungry so fell to the ground in the process of trying to get something to eat.

He lay on the mud-covered ground with no shoes on until the soldiers discovered him. 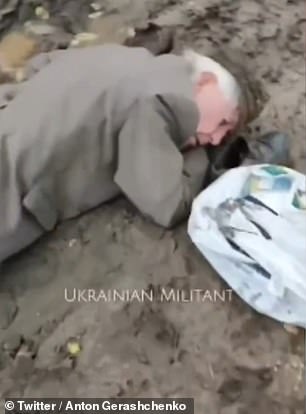 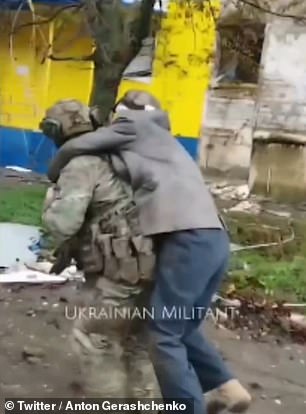 In the footage tweeted by Anton Gerashchenko, the Advisor to the Minister of Internal Affairs of Ukraine, soldiers film the scene as they walk up to him

The footage continued with the soldiers helping him stand, saying: ‘Come on let’s get up.’

‘Have your shoes come off? Get up’, they continued.

But the man, who was unwell and struggling, replied: ‘How? My feet can’t hold me’ as he sat up, with mud-covered hands. 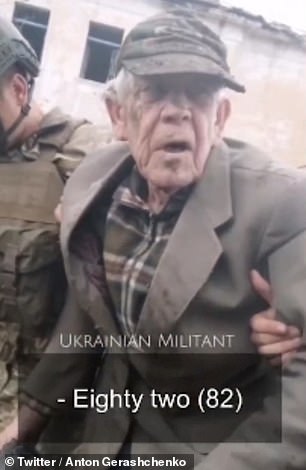 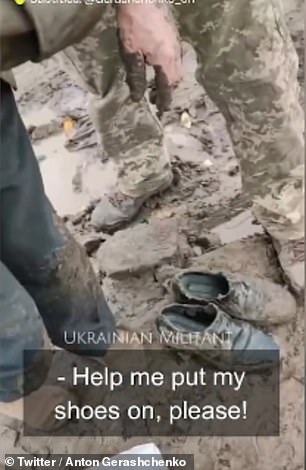 Soldiers asked the man how old he was and where he was living, as they rescued him from the mud

Soldiers also asked him where he lived and he started showing them.

The 82-year-old then slowly began to stand up, with the help of the soldiers, who gave him his muddy shoes.

Footage ended with one of the soldiers carrying the 82-year-old on his back, as they fled the area. 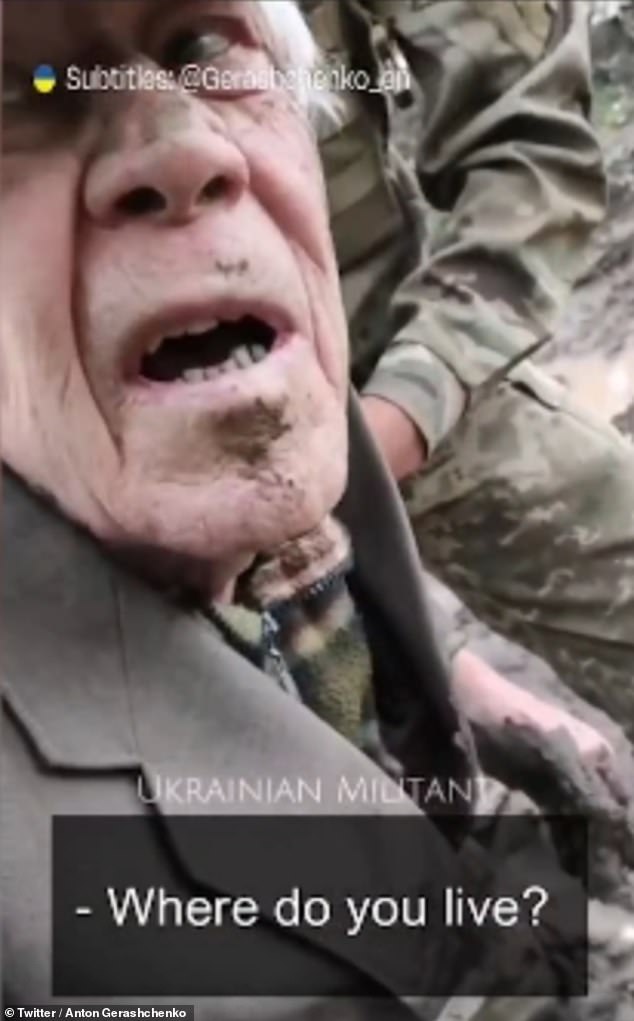 It comes as the war continues to rage in Ukraine and days after a family dog was found in the rubble of his home, after his owners were killed in a missile strike.

The atrocity in Dnipro killed Krym’s (Crimea’s) owners Natalia, her children Vasylisa, 12 and Ivan, 8, their grandmother Alla and their puppy Jack.

Devastated Krym (Crimea) was found howling on top of the ruins by first responders who took him to the vet.

And their father returned home from fighting on the frontline to find his whole life ripped apart.

Footage shows Crimea looking alone and lost as he stands still on the rubble where his home used to be.

The desperate dog turns away as the filmer zooms in on the ruins and the rubble.

Confused and scared Crimea did not want to leave the home and social media claims said that he had been deafened and blinded by the blast.