Heartbreaking new wedding picture of couple found dead at home as teen, 19, due in court over double death

A HEARTBREAKING new wedding picture shows the loved-up couple found dead at their home as a teenager, 19, faces court.

Denis and Mary Fell, both 73, were discovered by cops who broke into the house in Raeburn Rigg around 11.40pm on Boxing Day. 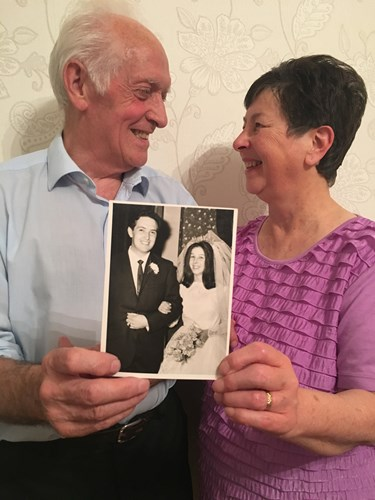 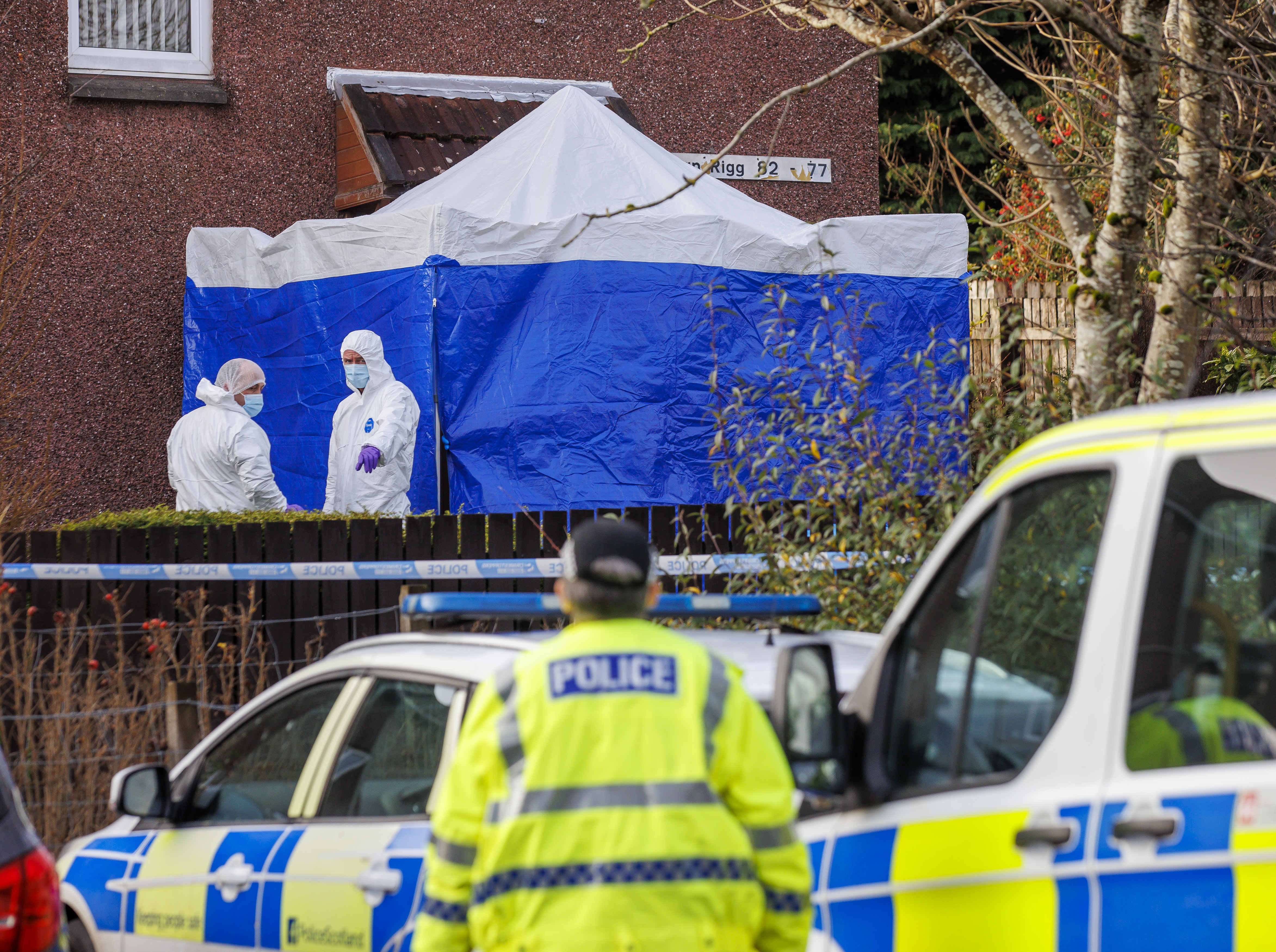 Tobyn Salvatore, who also goes by the name Jay Fell, was arrested yesterday over the double tragedy.

The 19-year-old has since been charged and is due to appear at Livingston Sheriff Court tomorrow.

Confirming the development in the case, police today released a new image showing the devoted couple celebrating an anniversary by holding their black and white wedding picture.

It comes after locals described the pair as the “nicest couple you could meet” and said Denis was devoted to caring for his disabled wife.

A police presence remains in the quiet street today as neighbours paid tribute to the elderly pair.

One neighbour said: “They have been here for over 20 years and everyone in the area knows who they are. They would always say hello and Denis would push Mary in her wheelchair.

Tributes to 'amazing' young dad, 26, knifed to death at pub on Boxing Day

“Mary’s disability didn’t stop them from leading a normal life.

“They’d go away in the car regularly and she had her own disabled parking space outside the house. Both enjoyed life. It’s just so sad.”

Wilma Stewart said online: “The nicest, friendliest couple you could ever meet.

“Heartbreaking. Thoughts are with the family and friends at this sad time.”

Cops were seen taking CCTV footage from a neighbour’s camera yesterday. An officer used a ladder to remove the device.

Flowers were also left for the grandparents by well-wishers.

One message read: “Such a lovely couple. Rest in peace.”

DCI Kevin Houliston from Police Scotland's Major Investigation Team said today: “Our thoughts are with the family and friends of Mr and Mrs Fell and everyone affected by this tragic incident.

"A continued presence may be seen in the area as officers continue with their enquiries but this was a contained incident and there was no risk to the wider public.”

Dr Robert De Bold, an SNP Councillor for Livingston North, said: “I live in Raeburn Rigg with my family and I am shocked to learn of this incident as are my neighbours.

“I am not yet aware of the full details of this tragedy. I will be liaising with council officers and the police as soon as possible.

“My thoughts and sympathies are with the bereaved at this time.”