Heavy rain and severe weather will cancel Sunday plans along most of the East Coast.

The same system brought two reported tornadoes — one in southern Louisiana and one near Savannah, Georgia — as well as gusty winds near 60 mph from New Orleans to Raleigh, North Carolina, on Saturday.

A large area of precipitation from this slow-moving storm was dousing the East Coast on Sunday morning. The heaviest of the rain was located over parts of West Virginia and Maryland just before sunrise, with some locally enhanced rain across the Carolinas.

Flood alerts have been issued from southern Virginia to New Jersey, including Washington, D.C., Philadelphia and Edison, New Jersey. Storms moving into this region could quickly drop 1 to 2 inches of rain on already saturated ground. Therefore, flooding could become a concern in this region Sunday. 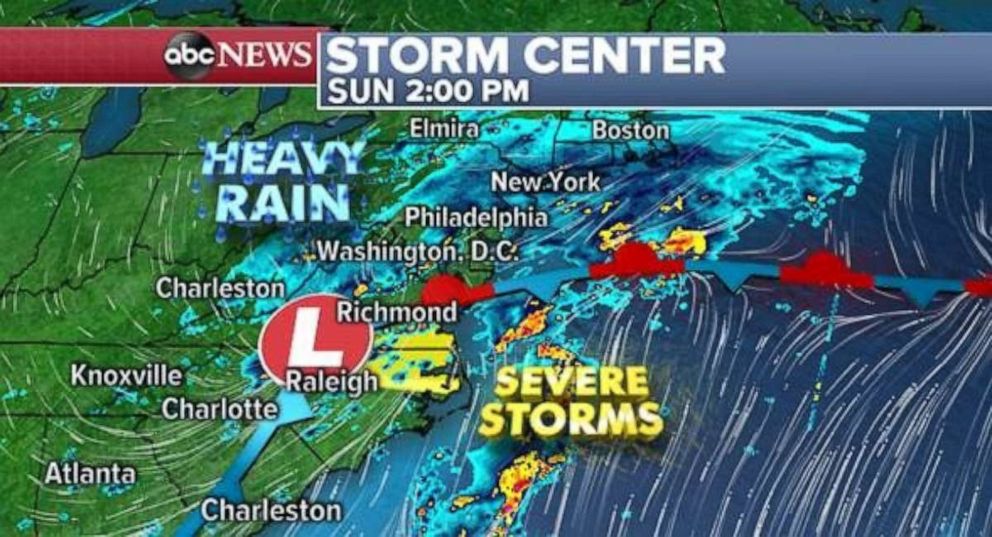 Radar shows this storm system slowly heading for the Atlantic Ocean throughout the day, with numerous rounds of heavy rain across parts of the Mid-Atlantic and southern New England.

As the low pressure passes along the border of North Carolina and southern Virginia, a couple of thunderstorms could turn severe — with damaging winds, large hail and a brief tornado.

The storm’s impacts along the East Coast will wind down by Sunday night. 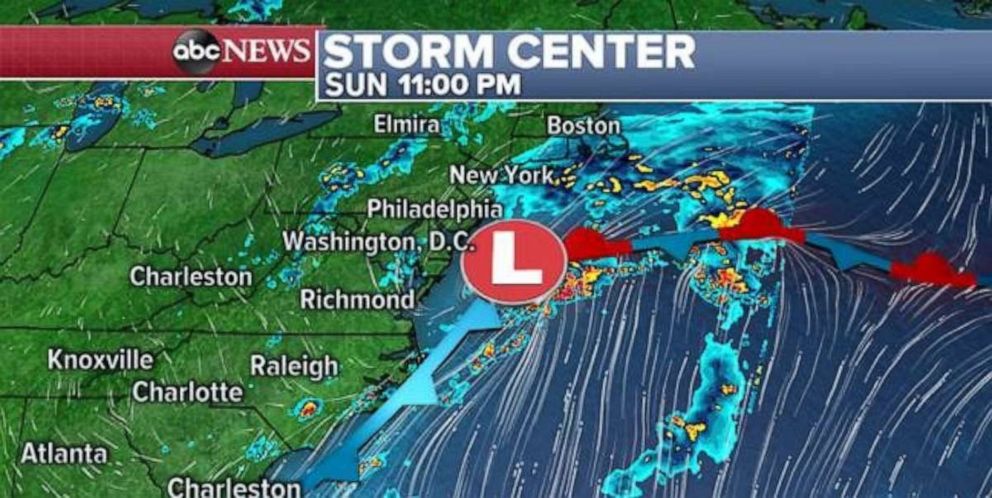 Meanwhile, in the Central Plains, a cold front moving in from the north could spark a round of severe weather across eastern Nebraska and Iowa. Some severe weather could also develop in the high plains of western Texas. Damaging winds and large hail are possible in both locations.

The threat will become more concentrated on Monday from Amarillo, Texas, to Wichita, Kansas, with another round of damaging winds and large hail possible. 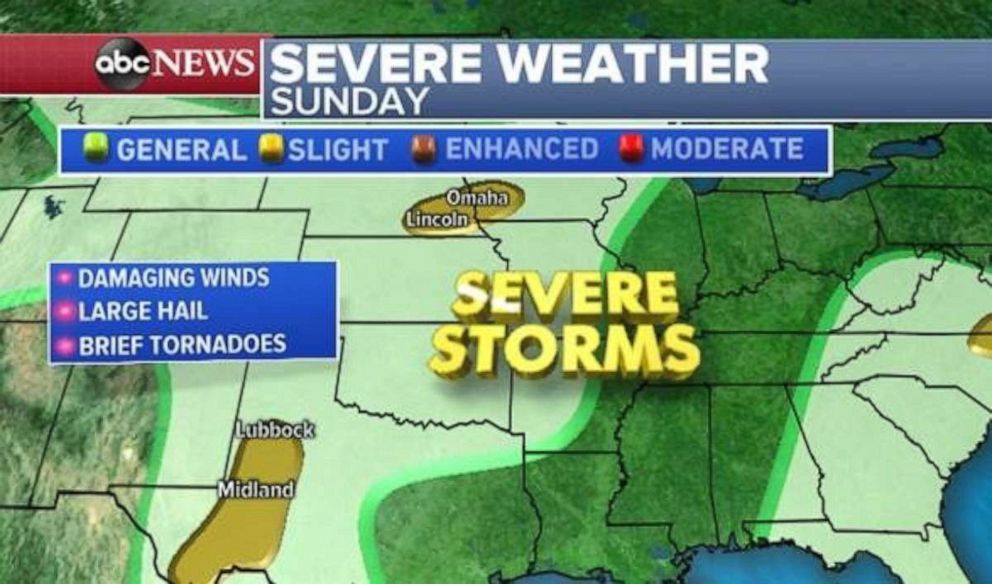 Unfortunately, forecast models are increasingly showing an active week ahead for severe weather. A new system moving into the western U.S. will organize as it moves into the southern Rockies early this week. By Tuesday, this system will help bring some severe weather across the high plains of Texas and eastern New Mexico.

The system will bring cooler air from the Rockies and drier air from the Southwest into the Great Plains. This will clash with warm moisture from the Gulf of Mexico – especially on Wednesday and Thursday. 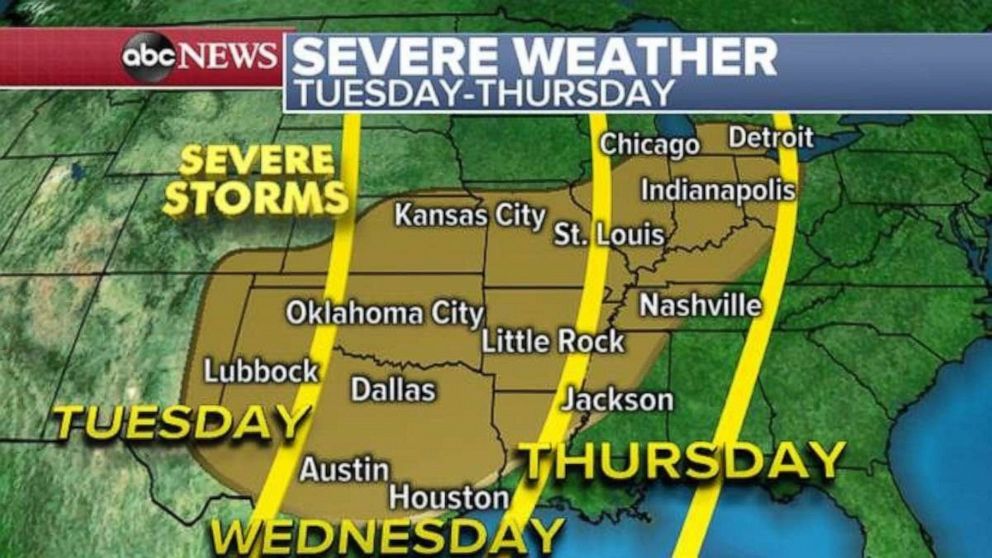 Climatologically, this can be a very volatile period of weather for parts of the central U.S. Texas, Oklahoma and Kansas can average 30 to 40 tornadoes during the month of May.