High rise building engulfed in flames on outskirts of Milan 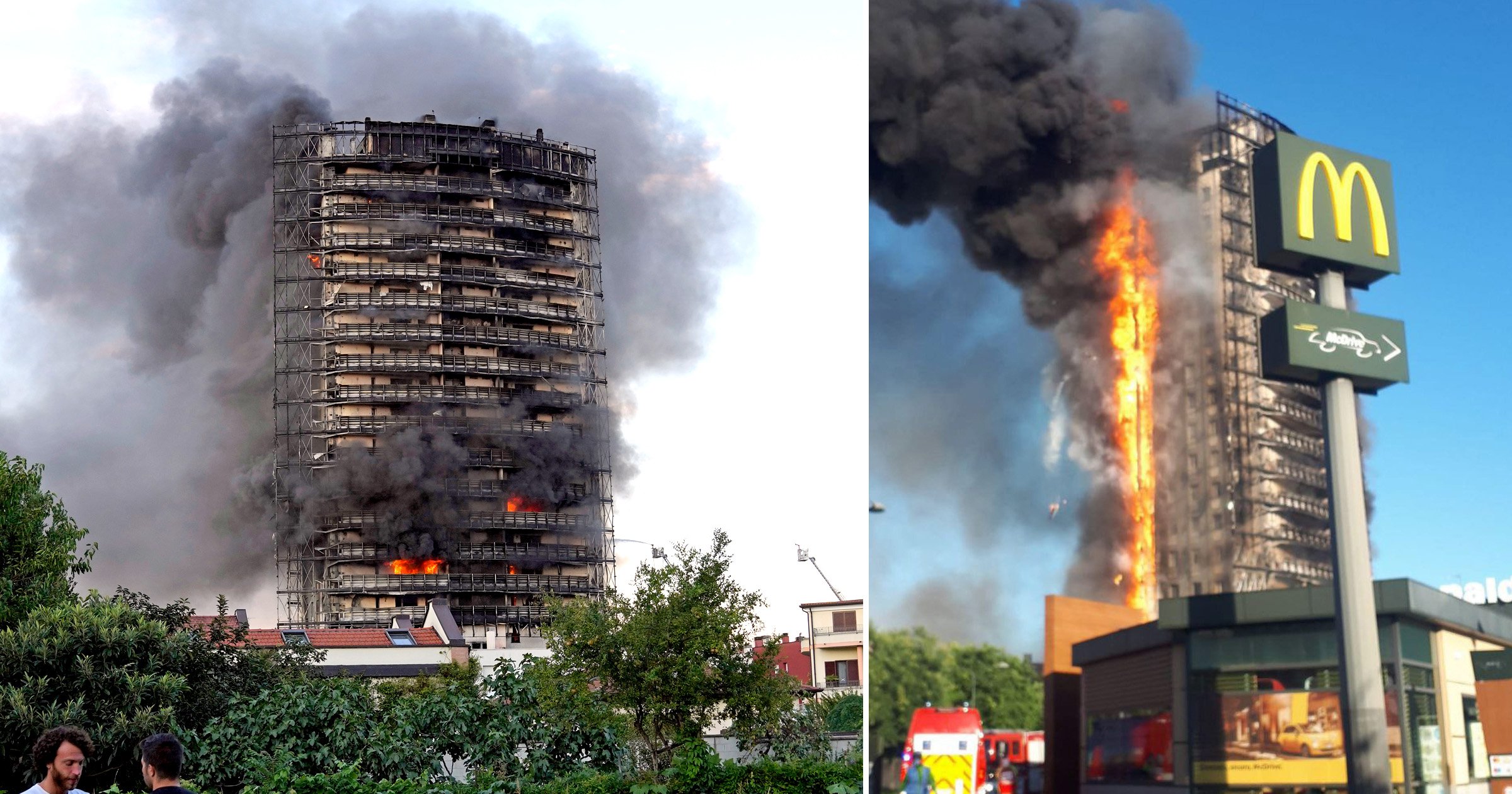 A skyscraper in Milan has been consumed by flames this evening, with video from the scene showing the extent of the danger.

Local media reported that it is not yet clear whether anyone has been injured in the blaze.

Milano.it said the Torre dei Moro is believed to have been vulnerable due to cladding on the outer walls.

They said rescuers are on site of the 16-storey building, as well as police.

The paper reported that around 70 families were evacuated shortly after the fire broke out on an upper floor.

The paper reported that Mayor of Milan Beppe Sala said: ‘For now we have no reports of victims or injured.’

‘We are positive about the fact that there was time for everyone to go out but until the control is not done we cannot be sure.’

This is a breaking news story, more to follow soon… Check back shortly for further updates.