Hitman jailed for shooting at a housewife in a planned assassination

Hitman, 28, is jailed for 28 years after he tried to kill housewife in a planned assassination and managed to shoot her twice before his gun jammed 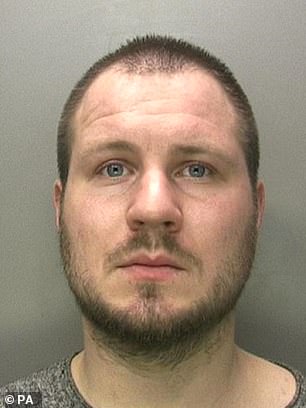 A would-be assassin who tried to murder a wealthy housewife by shooting her as she sat on the sofa watching TV has been jailed for almost 30 years.

Lithuanian Martynas Okmanas was shown on CCTV walking calmly up to the mother-of-two’s front door in Solihull, West Midlands, after watching her husband leave for the school run.

As he walked through the doorway, the woman – fearing it was a robbery – threw a Rolex watch towards Okmanas in a desperate bid to get him to leave.

But, without saying a word, he pulled a handgun and opened fire as she sat in the living room of the property on December 18 last year.

The first shot hit the 51-year-old in the left shoulder and embedded in a wall.

The second bullet went through her hand as she tried to fend him off, before it is believed the gun jammed.

The woman victim, who has not been named by police, used the opportunity to flee to the safety of a neighbour’s house, while Okmanas ran to a waiting black BMW. 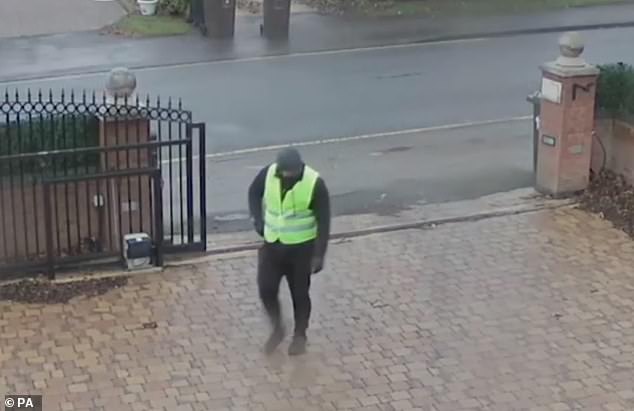 In a statement, the victim, who had been recovering from cancer treatment, said she had been left an ’emotional wreck’ and went on ‘I still feel anxiety and the horrifying memories still haunt me. My confidence has been greatly affected.

‘It has completely turned my life upside down. My sleep has been affected and I still get flashbacks.’

The 28-year-old gunman, of Corby, Northamptonshire, had denied any wrongdoing but was found guilty by a jury at Birmingham Crown Court of attempted murder, possession of a firearm with intent to endanger life and having ammunition.

He was handed a 28-year jail term, with a five-year extended licence period today.

Judge Simon Drew QC said ‘The motive for what took place in this case remains a mystery.

‘This was a planned shooting with modified ammunition and the gun has not been recovered. You were masked when you committed this offence. You fired not just once but twice and were prepared to fire more.’ 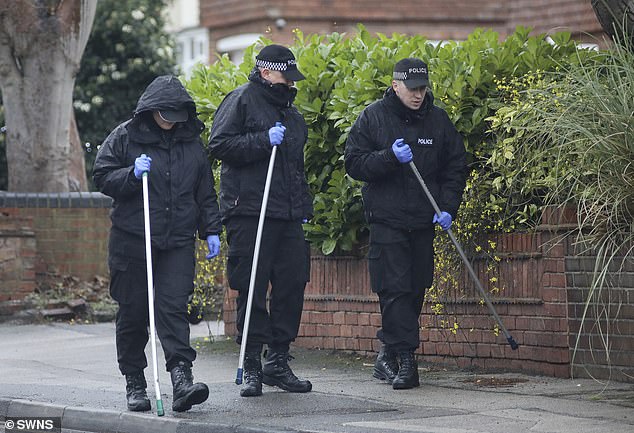 Detectives traced the black BMW, which had false number plates, to Northamptonshire – and tracked it being driven on to a Eurotunnel train three days later.

Police then discovered that a mobile phone, linked to the train booking, had followed the route the car had taken to Kent on December 21.

Okmanas had gone abroad to spend Christmas with family in Lithuania, but on his return to the UK a covert police operation tracked him to an address in Birmingham on February 22.

Officers had to break through a reinforced door and a barricade made of furniture before arresting Okmanas on the roof above a shop.

He refused to answer questions and his motive remains a mystery, as nothing was stolen.

After sentencing, Detective Inspector Kat Sibley said: ‘We have some hypothesis for what was behind the attack but nothing concrete – and there are no links between Okmanas and the victim, as far as we know.’

She added: ‘Our belief is this was a targeted attack on the woman. This case is not closed.’ 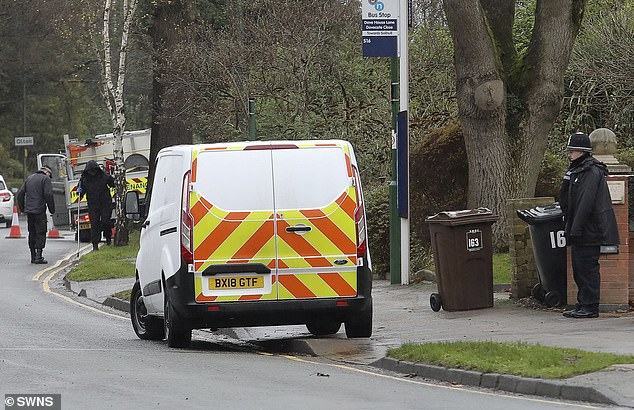 Police, pictured at the scene on the day after the shooting, say the case is still open