When Nicklaus Chalk started law school at the University of California, Berkeley, last fall, one of his top priorities was to take care of his health.

The 24-year-old student visited a doctor to get a prescription for the HIV prevention medication called preexposure prophylaxis, known as PrEP. The treatment requires routine lab testing for HIV, other sexually transmitted infections and kidney health.

He was astonished when he was billed about $2,000 for lab tests and related medical care despite being covered by his parents’ health insurance plan. Fearing another surprise bill he can’t afford, he’s refused to refill his prescription even though skipping the daily medication increases risk for infection.

“It’s enough to preclude me from visiting the doctor again,” Chalk said. “Another bill of this size would be absolutely debilitating.”

A federal judge in Texas this month ruled that an Affordable Care Act requirement to cover HIV prevention drugs violated a Christian-owned company’s religious freedom. While it’s unclear whether the judge’s ruling will matter beyond a single company, activists warn that Chalk and others like him are skipping HIV prevention medication over concerns about cost.

The Centers for Disease Control and Prevention estimates 1.2 million Americans can benefit from PrEP. Insurers are required to cover the cost of the medication, lab testing and medical appointments.

People on PrEP must get tested every three months to check for HIV and other sexually transmitted infections and monitor kidney side effects. However, activists and experts say many consumers are struggling to get insurers to fully pay the lab charges and medical appointments.

“The law of the land right now is that plans have to cover PrEP without cost-sharing, and they’re not,” said Amy Killelea, a lawyer and consultant who specializes in HIV policy.

Carl Schmid, executive director of the HIV+Hepatitis Policy Institute, said coverage is vitally important for those at risk of HIV infection.

“If somebody wants to be on PrEP, there’s a reason and you want to make it easy as possible,” Schmid said. “We’re still hearing complaints from all different parts of the country,” from people who forego the drug regimen over concerns about affordability.

Under the Affordable Care Act, insurers must cover the full cost of preventive care assigned an “A” or “B” grade by the Preventive Services Task Force, an independent advisory panel of national experts that evaluates medical treatments and services.

In 2019, the task force recommended coverage of PrEP for Americans at risk for HIV infection. Sold under brand names Truvada and Descovy as well as generic versions, the antiretroviral medications are proven to reduce HIV infections from sex by over 90%.

When Truvada became the first prevention drug approved in 2012, its annual cost was unaffordable for many. While consumers now often get PrEP for free or reduced cost through manufacturer coupons, insurance or other discounts, activists say insurers have been slow to cover the added expenses of lab tests and medical visits needed to monitor people on the medication.

In July 2021, the Centers for Medicare and Medicaid Services issued guidance reminding insurers they must cover not only the cost of the drug, but also medical appointments and lab tests that can cost $2,000 or more each year.

While implications of the Texas court ruling are still unknown, politicians, state officials and activists have reminded insurers they must fully cover the medication and monitoring.

“We want to ensure that people see the dots are connected here,” said Jeremiah Johnson, project manager at PrEP4All, which seeks to increase access to HIV medications. “This is indicative of the kinds of stigma and barriers put up for individuals around PrEP coverage.”

A day after the Texas court ruling, Sen. Jeff Merkley, D-Ore., and seven other senators sent a letter to America’s Health Insurance Plans, a health insurance industry group, about the HIV prevention regimen. The senators said consumers “continue to be charged for necessary medications and ancillary services” and expressed “deep concern with these erroneous and unlawful charges.”

On Sept. 12, New Mexico’s Office of Superintendent of Insurance reminded insurers that PrEP and contraceptives must be covered at no cost to insured consumers. New Mexico ordered insurers to audit all PrEP-related claims since July 2020 and reimburse customers “who are found to have been erroneously charged cost-sharing.”

Two days later, Michigan state officials informed insurers that they must cover the medication, labs and appointments and urged people who might need the medication to get it. Natasha Bagdasarian, Michigan Department of Health and Human Services chief medical executive, said the medication is “absolutely vital.”

When the virus was first discovered in the 1980s, it spread rapidly among high-risk communities, first among gay men and later poor communities. In the mid-1990s, scientists discovered drug combinations could lower the viral load of people with HIV to undetectable levels, but the cocktail of medications was difficult to follow.

Even though HIV has become a more manageable chronic disease for many Americans, CDC figures show nearly 35,000 people were infected in 2019. And infections spread in groups who don’t have access to preventive medication due to stigma, affordability or other barriers to treatment and services, experts say.

A key strategy in the nation’s goal of ending the HIV epidemic is identifying clusters where the virus can spread rapidly. More than two-thirds of new infections in 2020 were among gay, bisexual and other men who have sex with men. On Thursday, the CDC reported 29 HIV infection clusters of 25 or more people among gay and bisexual men. 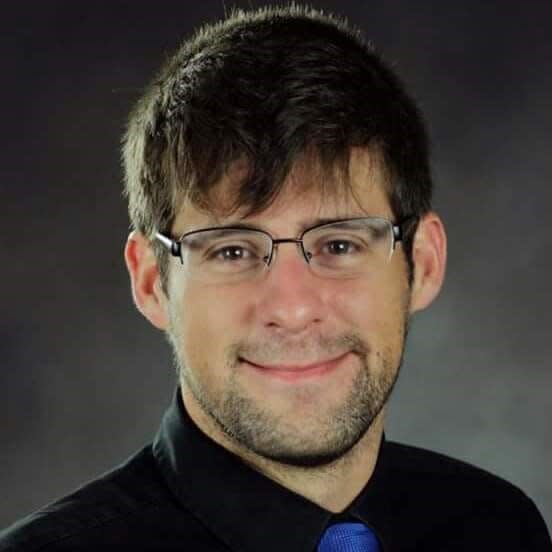 As a worker at a San Antonio sexual health clinic, Anthony Cantu has heard complaints from people seeking coverage for HIV preventive medication and testing. But he didn’t know how many barriers people faced until he started on the medication in July 2021.

The 31-year-old said he was “terrified” three months later when he received a $373 bill for lab tests. He enlisted the help of an attorney through a nonprofit who helped him file multiple complaints with the Texas Department of Insurance.

Cantu said he’s “felt like a guinea pig” while seeking coverage for himself and others.

“I know the resources I have at my disposal,” Cantu said. “The average PrEP patient doesn’t have those resources and it’s really prohibiting access for a lot of people.”