Officers were responding to a brawl in Haywards Heath, West Sussex, when they were photographed.

Writer Ben Oliver stumbled across the incident yesterday after searching for a new house on Rightmove.

He posted photos of five officers working on the road, where houses sell for an average of £300,000.

Ben tweeted: "Someone’s selling a house in Haywards Heath and when you click on the Street View link on their Rightmove listing this is what you see."

A Rightmove listing described the surrounding area as as a "popular established location close to local shops".

Three people who were pictured talking to cops outside have their faces blurred due to Google privacy rules.

A police dog unit, a smashed up transit van and an ambulance were also spotted nearby on the lane.

Groups of people from two vans had pulled up for a street fight, with one left with a broken arm.

Mark Brazil was sentenced to six months in prison, suspended for 18 months, at Hove Trial Centre in 2019.

The local resident was caught with an offensive weapon and had to carry out 100 hours of unpaid work.

Sue Brazil, who also lives nearby, admitted possession of an article with a blade or point.

She was sentenced to a 12-month community order at the same time.

Meanwhile, a lad of 17 was handed a 12-month referral order for two counts of an article with a blade or point. 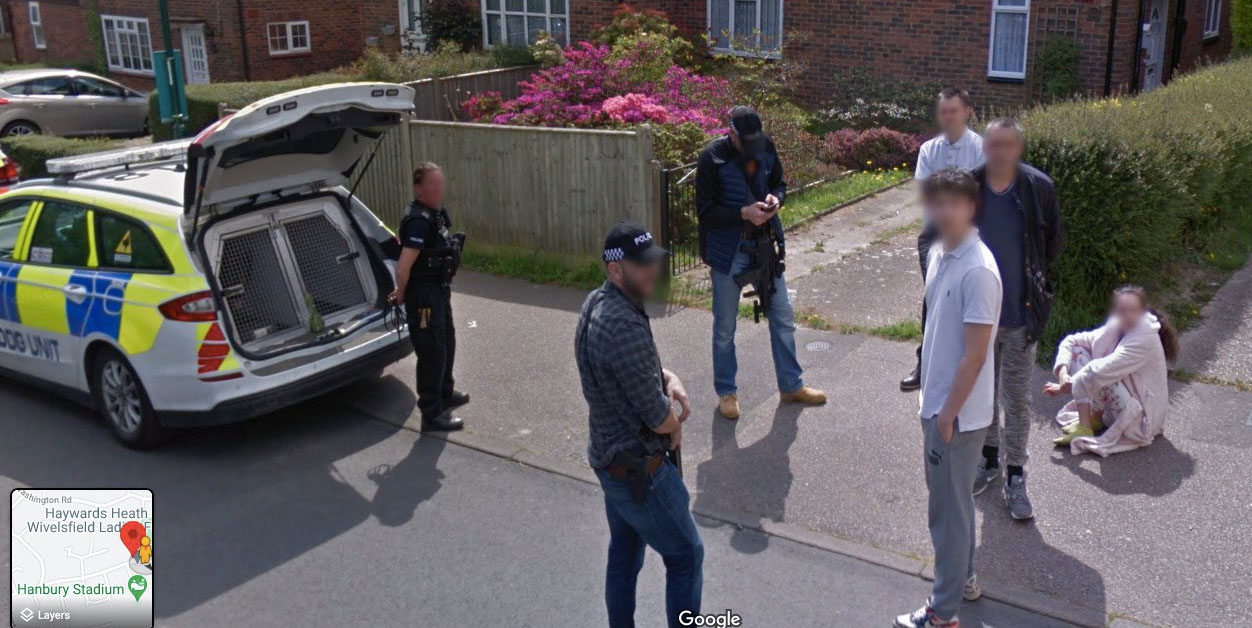