TALIBAN fighters lashed two starving Afghan boys to a wooden post in a sick punishment after they were accused of stealing bread to feed their families.

The jihadi militia's ruthless regime is cracking down with new medieval-style laws after they surged back to power in Afghanistan after the withdrawal of forces by the US. 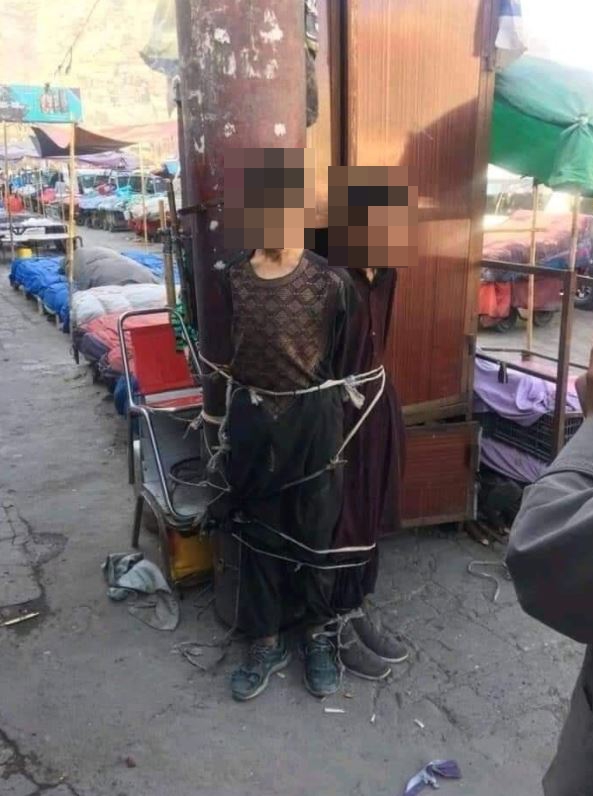 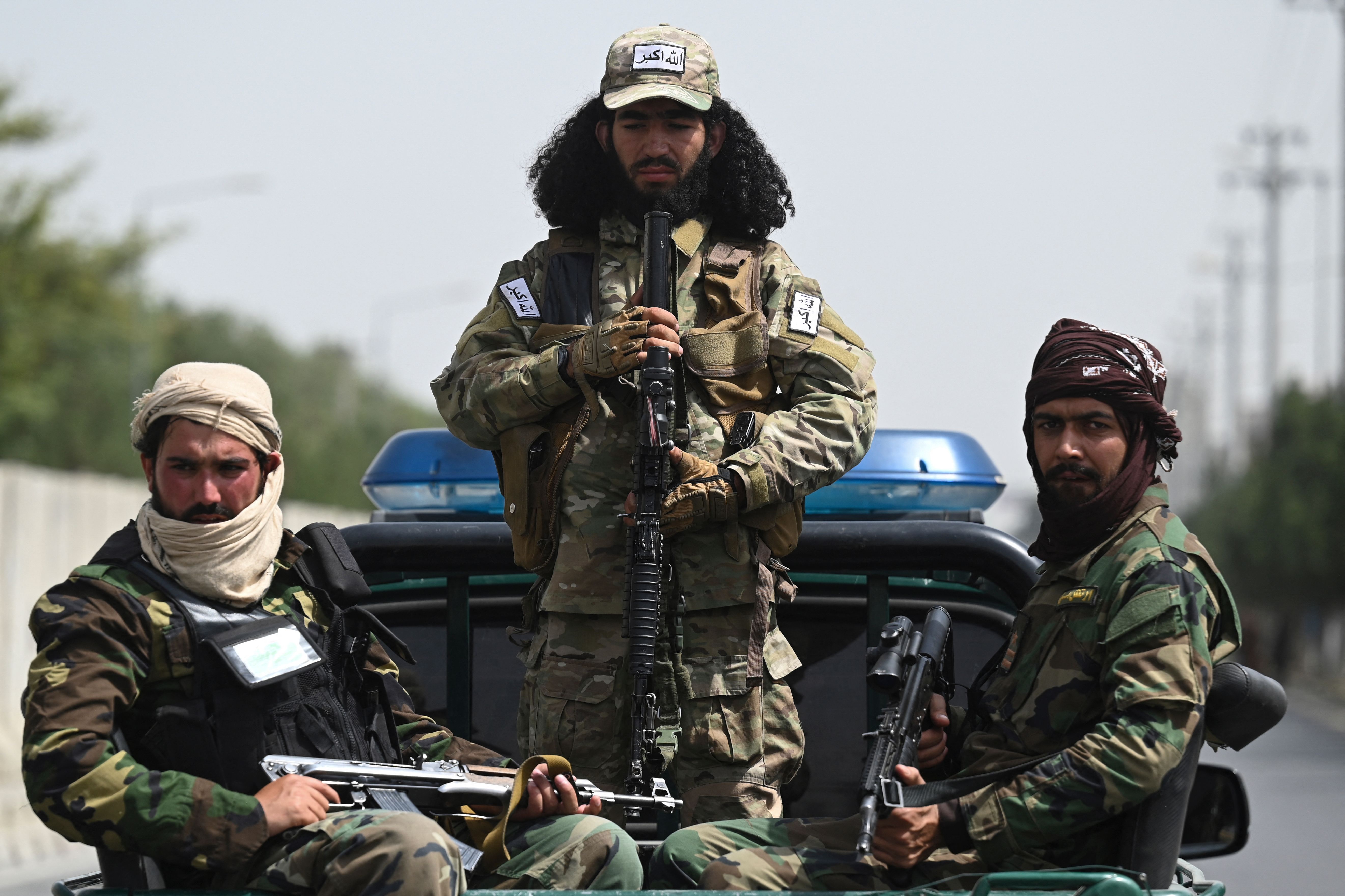 It comes as last week top Taliban leaders pledged to resurrect harsh physical punishments, including chopping off the hands of convicted thieves.

And it has also been revealed that the regime has circulated edicts to barber shops and bath houses in the nation banning the trimming of beards.

Pictures show the two painfully-thin looking boys in Afghanistan tied to a wooden post – but it is unclear when and where it was taken.

The image was shared by Dawod Zai, who runs the Afghan welfare charity the Bin Dawod Foundation.

He said: “Bread thieves! Taliban have arrested two teenage boy for stealing bread from a bakery.

“One of them told a local journalist, ‘my family did not eat in past 3 days, i am sorry if i took that bread without permission, but i had to. There is no job & no food, what would i've done?’"

Afghanistan is facing a hunger crisis as the World Food Programme estimated 93 per cent of Afghans are not getting enough food to eat.

Millions live in desperate poverty and the Taliban takeover saw life grind to a halt as banks closed and businesses shut down.

Other disturbing pictures uploaded by Mr Zai also show a teenage boy being whipped by an older man.

As he is flogged, another male – flanked by armed fighters – appears to be reading an edict from a sheet of paper.

Mr Zai said of the pictures: “A child being tortured by the #Taliban Terrorists.The physical pain will be forgotten soon but the psychological impact of this barbarism will have a long lasting impact on his life & it will be difficult to be cured.”

No one will tell us what our laws should be. We will follow Islam and we will make our laws on the Quran

He said: “Taliban banned Shaving or cutting of beard in Helmand province of Afghanistan. In this letter issued by the department of vice and virtue, warns barbers and baths, in case of violation, you will be punished based on Sharia law.

“Taliban issued the same letter in Takhar and Baghlan provinces. People in these provinces confirmed to me that the Taliban banned shaving and cutting of beard.”

And over the weekend truly disturbing images emerged of men being strung up and hung from cranes in Herat.

Last week judges and officials said the strict punishments like amputations for theft, which became notorious under the Taliban's 1990s emirate, were a "necessary" part of Islamic law. 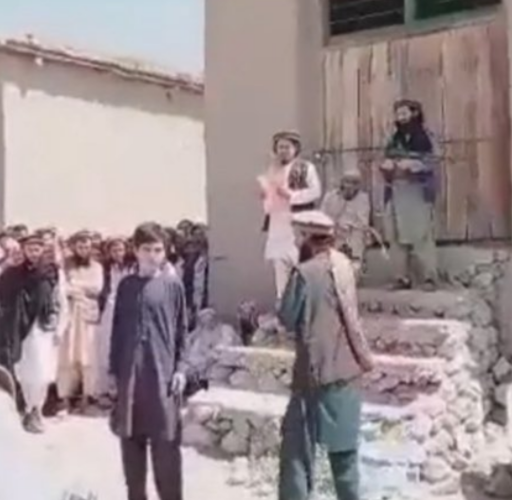 Mullah Nooruddin Turabi dismissed the outrage over the Taliban’s brutal executions in the past and pledged a return of the punishments which shocked the world before the group were ousted in 2001.

The one-eyed, one-legged enforcer said: "Everyone criticised us for the punishments in the stadium, but we have never said anything about their laws and their punishments.

"No one will tell us what our laws should be. We will follow Islam and we will make our laws on the Quran."

Turabi who is in his early 60s was the justice minister of the so-called Ministry of Propagation of Virtue and Prevention of Vice during the previous Taliban rule.

"Cutting off of hands is very necessary for security,” he said, before adding that the cabinet was considering whether to do punishments in public as before.

"We are changed from the past,” he added saying that the Taliban would now allow television, mobile phones, photos and video "because this is the necessity of the people, and we are serious about it."

He explained that the Taliban now see the media as a way to spread their message and reach "millions."

He said that if punishments are made public, then people may be allowed to video or take photos.

Zabiullah Mujahid, the Taliban's chief spokesman, said the courts would reopen once the Taliban had announced a new government – with the country currently ruled by a temporary cabinet.

Similar amputations have occasionally been meted out in Iran, Saudi Arabia, Nigeria and Somalia.

Last month, a Taliban spokesman was unable to rule out a return of stoning and public executions. "I can't say right now, that's up to the judges in the courts and the laws,”

Suhail Shaheen told the BBC. “The judges will be appointed according to the law of the future government." 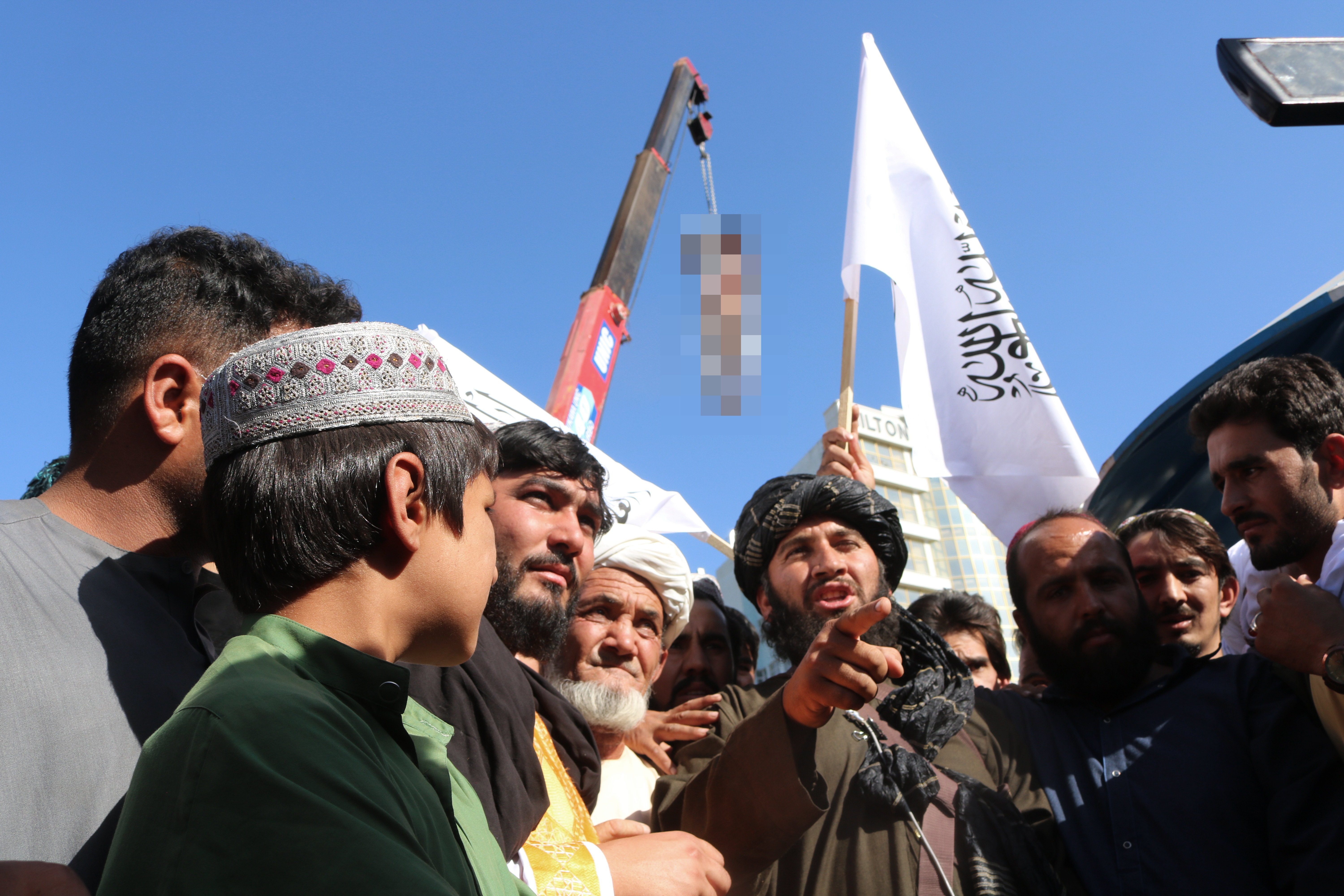 Shocking footage of a man accused of stealing a mobile phone, flogged and kicked has been circulating on social media.

Taliban death squads were reportedly pulling people from their homes and executing them while girls have been banned from secondary education as schools opened for boys only.

The group has reportedly been executing Afghans in the streets and hanging their victims while shooting their bodies.

And fears continue to loom for women, who faced the very worst of the Taliban's cruelty in the 90s.

Women have been beheaded for going shopping alone, shot dead in shallow graves for adultery, and stoned to death for having sex outside of marriage.

And in one of the most infamous pictures ever captured of Taliban brutality, a woman named Zarmina, a mum-of-five, was executed in the middle of a football stadium in Kabul in 1999.

Human rights groups and experts have all sounded the alarm over the fate that awaits the people of Afghanistan – but it looks like it may be too late to stop the tide.