From a pensioner who died alone in A&E after a fall, to a woman who took her own life after her therapy was delayed: The cases that lay bare the impact of Covid pandemic on normal care

Non-Covid patients received subpar care during the pandemic and some suffered avoidable deaths, coroners have said.

A series of inquests concluded that social restrictions and disruptions caused to care had a damaging effect on patients’ wellbeing.

In one case, an inquest jury found a woman who committed suicide would ‘likely’ still be alive if her electroconvulsive therapy hadn’t been delayed due to Covid.

Separately, a woman in her late seventies died while alone in A&E after suffering a fall at the start of the second wave last autumn.

She was not allowed to be accompanied by a loved one due to Covid curbs in place at the time and was not transferred to a ward for three hours.

The NHS says most hospitals now allow normal visitation, but earlier in the pandemic there were strict rules on the number of visitors and frequency of visits. 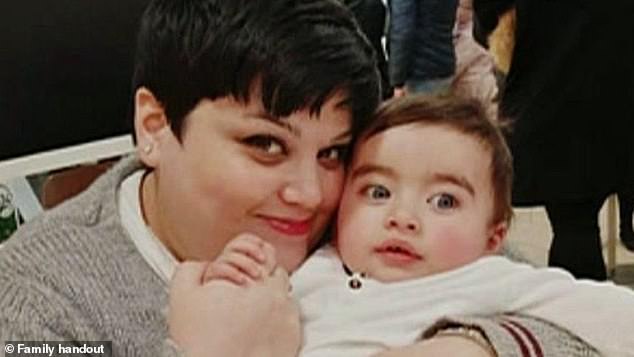 Azra Hussain (pictured, left) took her own life at Mary Seacole House in Birmingham on May 6 2020. Her daughter Mari said:’If mum saw us, even at social distance, she would still be alive’ 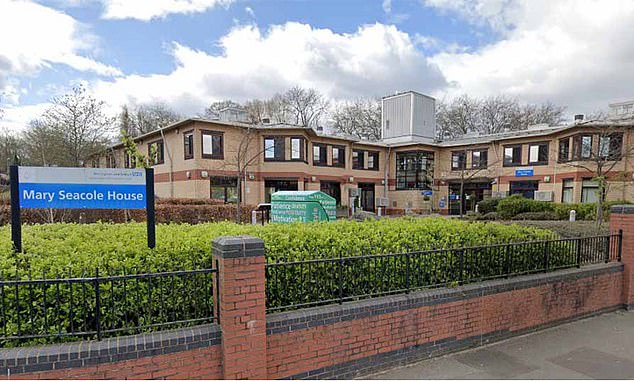 An inquest jury concluded there was a ‘foreseeable risk’ that Ms Hussain would attempt suicide, but this was not ‘adequately identified by those caring for her’. Ms Hussain was being treated at Mary Seacole House in Birmingham

Information about the cases, collected as part of an investigation by the Health Service Journal (HSJ), revealed shortcomings in care during the pandemic.

Azra Hussain, 40, committed suicide last May while in a psychiatric intensive care unit in Birmingham two days after sending a message to her family that she had attempted to take her own life.

Her daughter Mari informed nurses and asked to see her mum socially-distanced at a nearby park, but they turned down her request.

And her concerns weren’t passed on to a multidisciplinary team overseeing her care, which had a virtual meeting without their presence, stopping them from sharing their concerns directly.

In another case, the family of mother-of-one Keeley Norman, 27, said she was only alive because her family was allowed to visit her more when hospital staff moved her onto end-of-life care.

Ms Norman has been in a coma at Nottingham University Hospitals Trust since a car crash in April 2021.

Ms Norman’s mother, Tammy Campbell, told the HSJ this made her more responsive.

She said: ‘She had more movement, eye opening, when certain people came in the room she could hear their voices.

‘She’s doing a lot more than what she had been doing for the first three months.’

The hospital has since changed its decision after the family submitted a legal challenge and the family are allowed to visit her for longer.

Ms Smith from Novum Law, who also represents Ms Norman’s family, said: ‘The stimulation provided by family and close friends is often an integral part of a patient’s recovery, particularly those with brain injury.

‘Keeley’s family saw her begin to respond once additional visitors were permitted.

‘It should not have taken her being placed on an end-of-life care pathway for this to happen — her need for stimulation came well before this.’

Michelle Rhodes, the trust’s chief nurse, said: ‘We are really sorry that the situation has caused the family so much distress, we are working hard to try and accommodate the individual needs of all our patients and their families while maintaining safety for other patients and staff. It is very difficult to always get the right balance.’

Mari, who went to see her mum in the care unit up to five days a week before the Covid pandemic, told the HSJ: ‘If mum saw us, even at social distance, she would still be alive.’

Ms Hussain’s family were able to have video calls with her, but he daughter said: ‘It was just a face on a screen. Seeing us in person would have given her the push that she needed.

An inquest jury concluded there was a ‘foreseeable risk’ that Ms Hussain would attempt suicide, but this was not ‘adequately identified by those caring for her’.

Ms Hussain, who had been in Mary Seacole House since December 2019, was supposed to begin electroconvulsive therapy (ECT) two months before her death.

ECT involves an electric current being sent through the brain, causing a brief surge of electrical activity that has been linked to short-term improvements in people who have mental health problems, including severe depression.

But the treatment did not go ahead due to disruptions from the Covid pandemic. Staff were checking on her every 15 minutes when she took her life.

The inquest jury decided there was a ‘missed opportunity’ to commence ECT and Ms Hussain’s death would ‘likely’ have been prevented if she received the treatment.

Mary Smith, head of medical negligence and serious personal injury at Novum Law who is representing the family, said: ‘In mental health settings, in particular, a family’s knowledge of the patient and their usual presentation when they are well, forms an integral part of the clinical assessment and treatment planning.’

In a separate case, Anne Harper, 78, was left waiting alone in A&E after a fall due to the Covid pandemic and subsequently died.

But her family were not allowed to be with her due to Covid restrictions and she was not transferred from A&E into a ward for over three hours.

Coroner Gemma Brannigan wrote in a report that the incidence occurred in September, when there was ‘increased demand’ on NHS services.

However, due to the severity of her fall, Ms Brannigan concluded it was unlikely Ms Harper would have survived her injuries.

The trust responded in April, but did not address the issue of Ms Harper having nobody to wait with her.

In another case, elderly care home resident Ruth Jones died at Tameside and Glossop Integrated Care Foundation Trust in June 2020, after having a fall when isolating in her room.

She subsequently died of bronchopneumonia — a type of pneumonia that causes inflammation in part of the lungs.

Coroner Alison Mutch sent a report to the trust and national bodies, which noted that Ms Jones was sent to hospital alone, which made it difficult for medics to understand her care needs.

Helen Whately, Minister of State for Care, responded in June that NHS guidance at the time of Ms Jones’ death only let one close contact to be at a patient’s bedside.

He passed away due to complications linked with swallowing difficulties.

The corner’s report explained that there was ‘reduced’ information provided to doctors about Mr Hargreaves’ condition, because his family had not been allowed to visit due to Covid rules, so were unclear about what happened in the lead up to his hospitalisation.

The report said these circumstances did not ‘impact the outcome’, but ‘it could in other circumstances cause significant challenges in delivering effective treatment quickly to vulnerable patients’.

Ministers said in a response in February that guidance had changed since Mr Hargreaves’ death and now more visitors were allowed in care homes.