New Zealand’s debt DOUBLES after Covid-19 as lockdown obsessed country announces a $4.6 billion deficit – but it is still BETTER than economists had feared

New Zealand’s finance minister Grant Robertson has unveiled a vastly improved set of government books than in May’s budget, bolstered by the country’s reaction to the Covid-19 pandemic.

Jacinda Ardern’s government recorded a $NZ4.6 billion ($A4.3 billion) deficit for the year ending in June, according to the Treasury’s financial statements released on Tuesday.

That is closer to the black than in May’s budget, when Mr Robertson forecast a $NZ15.1 billion ($14.3 billion) deficit.

Treasury secretary Caralee McLiesh said she saw ‘economic resilience’ in the books, ‘reflecting a strong economic rebound from the initial shock of the Covid-19 pandemic’.

‘Across all main financial indicators results are stronger than forecast back in budget 2021,’ the Australian economist said. 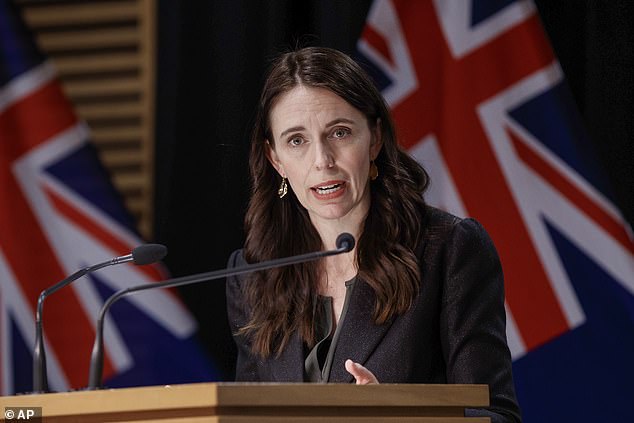 Jacinda Ardern’s government recorded a $NZ4.6 billion ($A4.3 billion) deficit for the year ending in June, according to the Treasury’s financial statements released on Tuesday.

Debt has still skyrocketed in the wake of the virus, nearly doubling from the 2019 figures of $NZ57.8 billion ($A54.6 billion).

‘As all countries around the world have done, we have had to take on some debt to support businesses and workers through the Covid-19 pandemic – any responsible government would have done the same thing,’ Mr Robertson said.

‘However the level of debt remains lower than expected … the average for advanced economies is above 90 per cent.’

Stimulus spending and household support has tanked the budget’s bottom line, as has an increase to health spending at roughly double the five-year average.

Government asset values have been bolstered by the increase in property prices.

The books also do not take into account New Zealand’s latest COVID-19 outbreak, identified on August 17.

Auckland – which accounts for around 40 per cent of the country’s economy – has been in lockdown since then, with the government emptying its pockets to provide wage subsidies amid restrictions on many industries.

Mr Robertson said the improvement in the 2021 books ‘bodes well for emerging from the current outbreak’.