DRIVEN out of school after years of horrendous bullying, Samiya Hamel had never felt so alone.

The 15-year-old's confidence was in tatters and she found it near impossible to talk to anyone – until one day she summoned up the courage to try a new youth centre nearby. 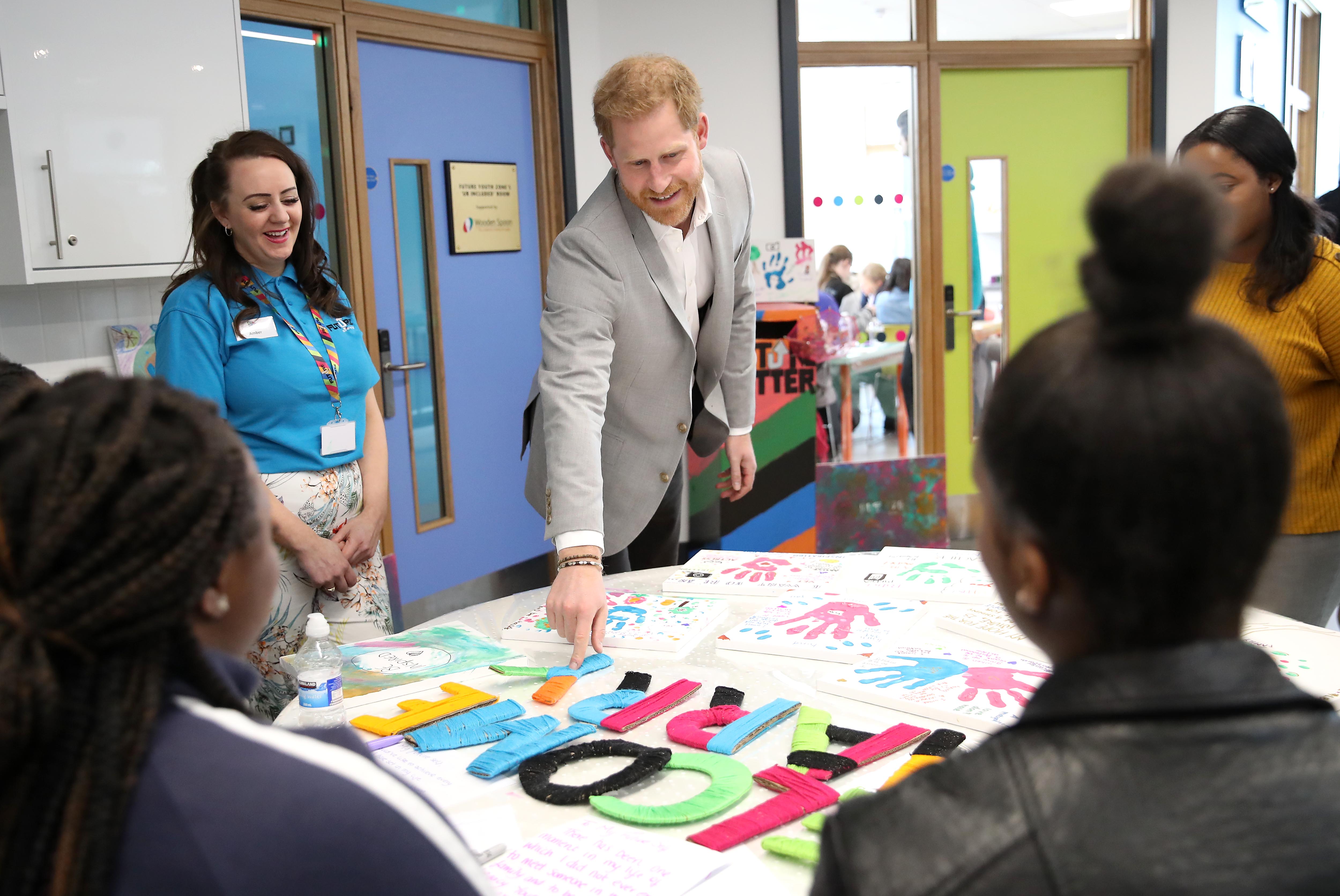 "Had you put me in this position a few months ago, or this time last year – no chance," she tells Sun Online, as she today sits beaming in front of the camera.

"I wouldn’t be able to, because I didn’t have the confidence for it."

The £6.5million centre, which opened its doors in June last year, is now a home away from home for 6,500 kids around Barnet, North London.

As part of the network of OnSide Youth Zones backed by Prince Harry, it was thrust into the limelight this month when he vowed to continue his support despite quitting royal duties – making it one of the first charities he has publicly committed to in his new life.

Here, we shine a light on the young people it helps.

'I was heavily bullied and lonely' 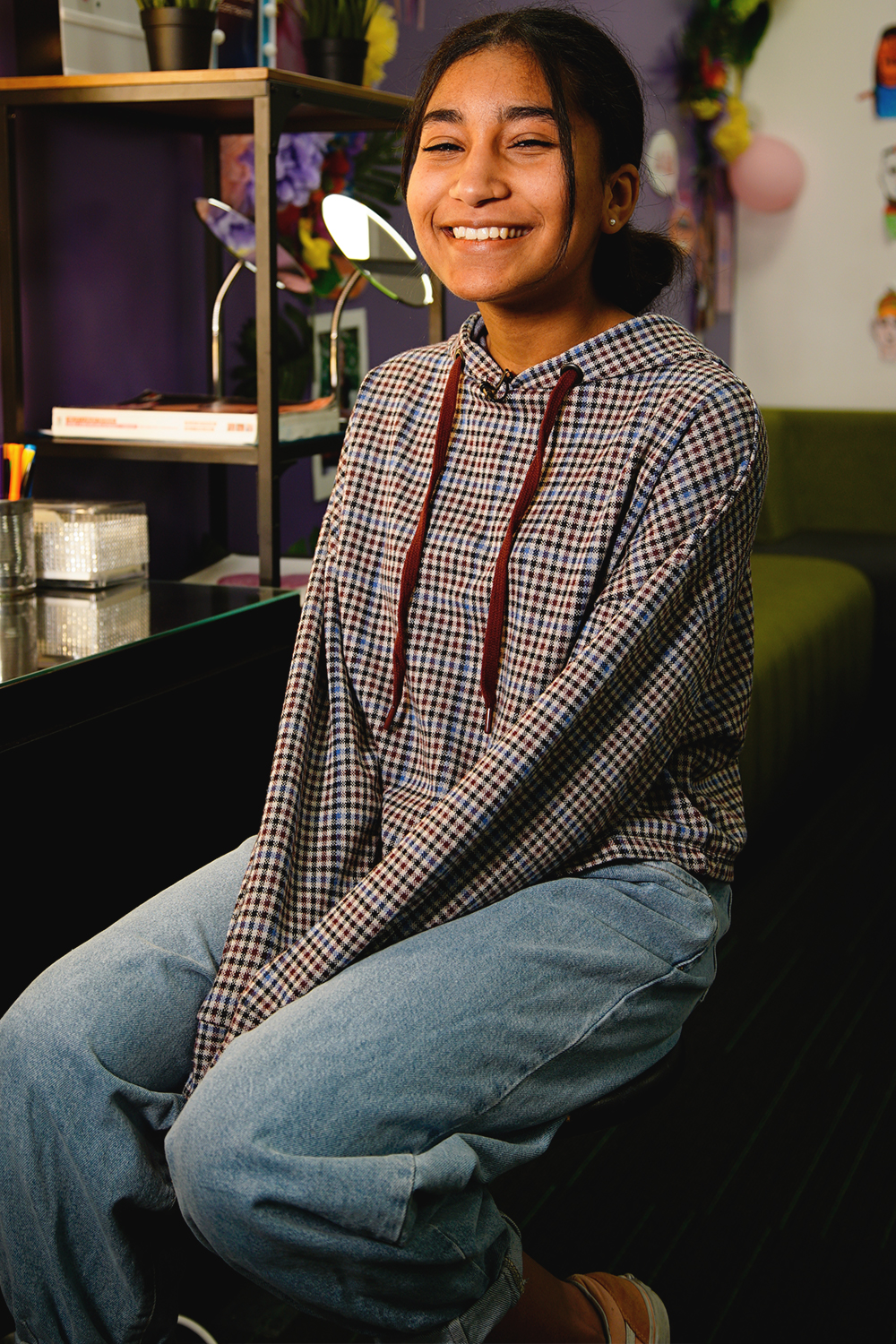 When she first arrived at the centre, Samiya wouldn't speak to anyone outside the music room — the only place she felt comfortable.

But she was blown away by what was on offer.

For just 50p a visit, kids aged eight to 19 can come to Unitas and use its rooftop football pitch, record an album, learn to cook, use a gym, and scale a climbing wall.

"I was pretty heavily bullied during my time at school," says Samiya. "I can laugh now but it resulted in me leaving that school that I was in.

"I was lonely at the time. But the timelines kind of fit perfectly with me leaving school and Unitas opening.”

Slowly but surely, Samiya started venturing into the facility's other rooms, trying her hand at art or taking part in the games played in the sports hall.

Over several months, she felt more herself again.

"Everyone is so lovely, really and truly, I’m not just saying this," Samiya says. "It’s in the name. It's the unity, you know?" 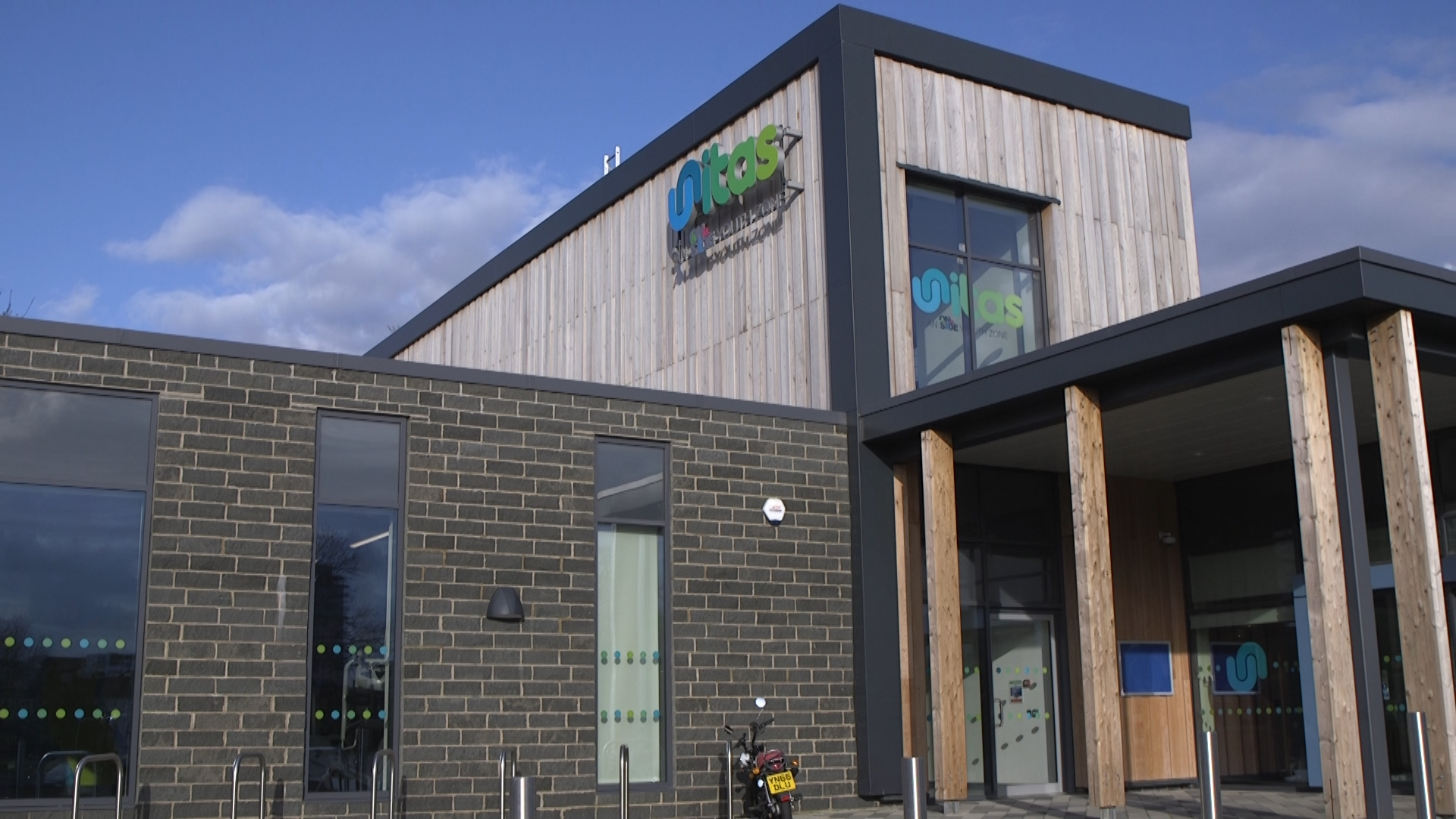 Like all OnSide Youth Zones, Unitas was set up to give opportunities to kids in deprived areas that weren't previously open to them.

Its name, chosen by young people, comes from the Latin motto of Barnet — "unitas efficit ministerium" or "unity accomplishes services".

Child poverty in the nearby wards of Burnt Oak (36 per cent) and Colindale (37.5 per cent) are higher than the national average of 29 per cent.

Woodhouse and Childs Hill also have a third or more of their children living in poverty after housing costs are considered, according to data from the End Child Poverty Coalition.

'I never used to leave my house' 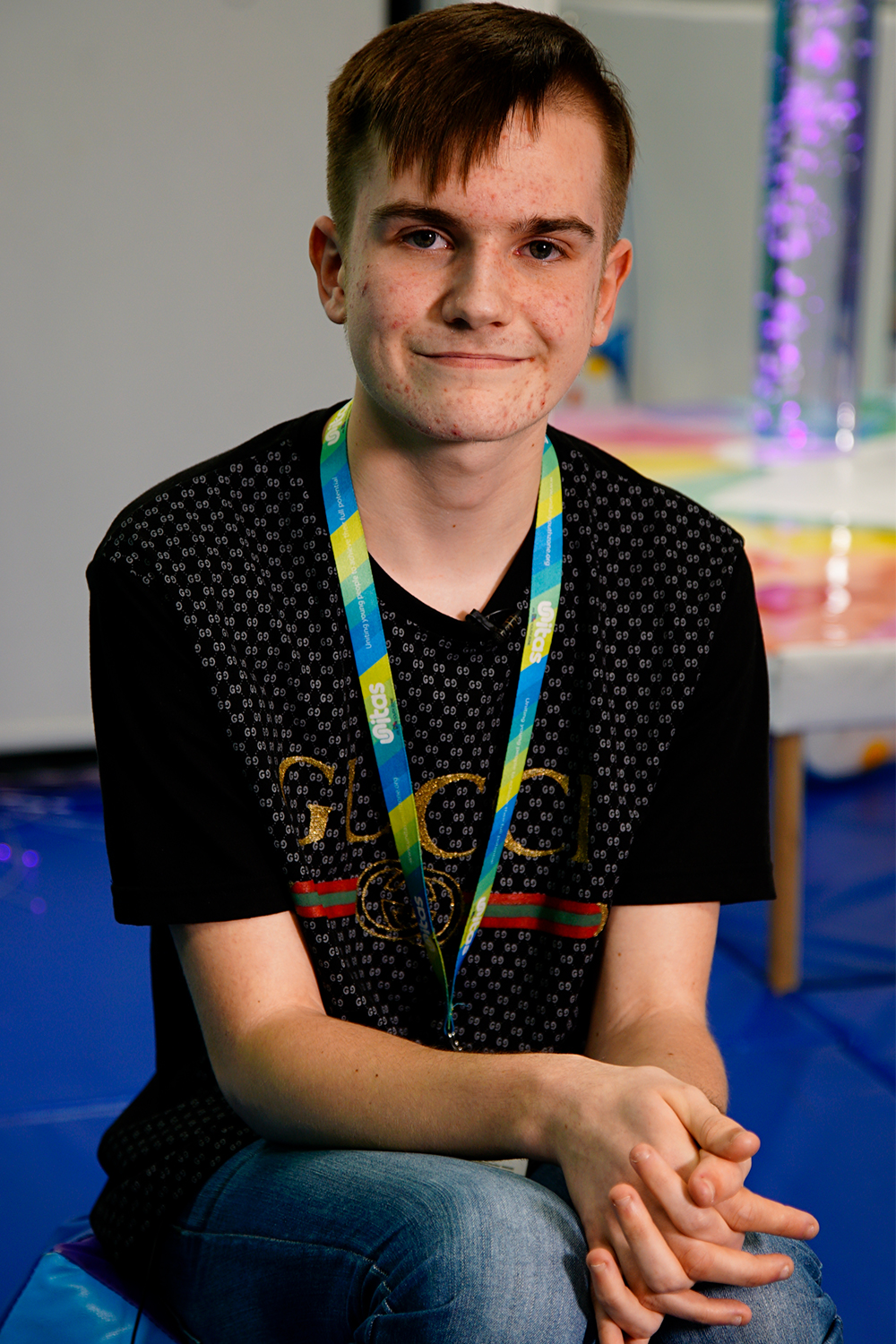 Taylor Dawson is another regular who's been coming to the centre since last summer — something which he never thought he'd do.

He used to be so anxious that he would never leave his house unless he absolutely had to – but Unitas changed him.

The 16-year-old now helps out with the centre's sessions run on Sundays for people with additional needs.

“Some can come in with autism, ADHD, anything on the spectrum," Taylor tells Sun Online.

“I have additional needs myself. It helps really well, so I know how to help the other kids as well."

But it's not just others who Taylor is helping — he's helping himself.

“It’s helped really well with my confidence, because I never used to leave my house because I’ve got anxiety," Taylor said.

"So I’d never leave, I’d never go out with my friends. The only place I would go is the shop and back."

Taylor loves that he now has a fruitful alternative – and he's noticed a difference in the lives of others around him too.

"All the kids who used to roam the streets, that attitude is not nice," he said.
"And now they’ve come here and tried. Their attitude has become more calm and less angry."

'Young people are seen in such a bad way' 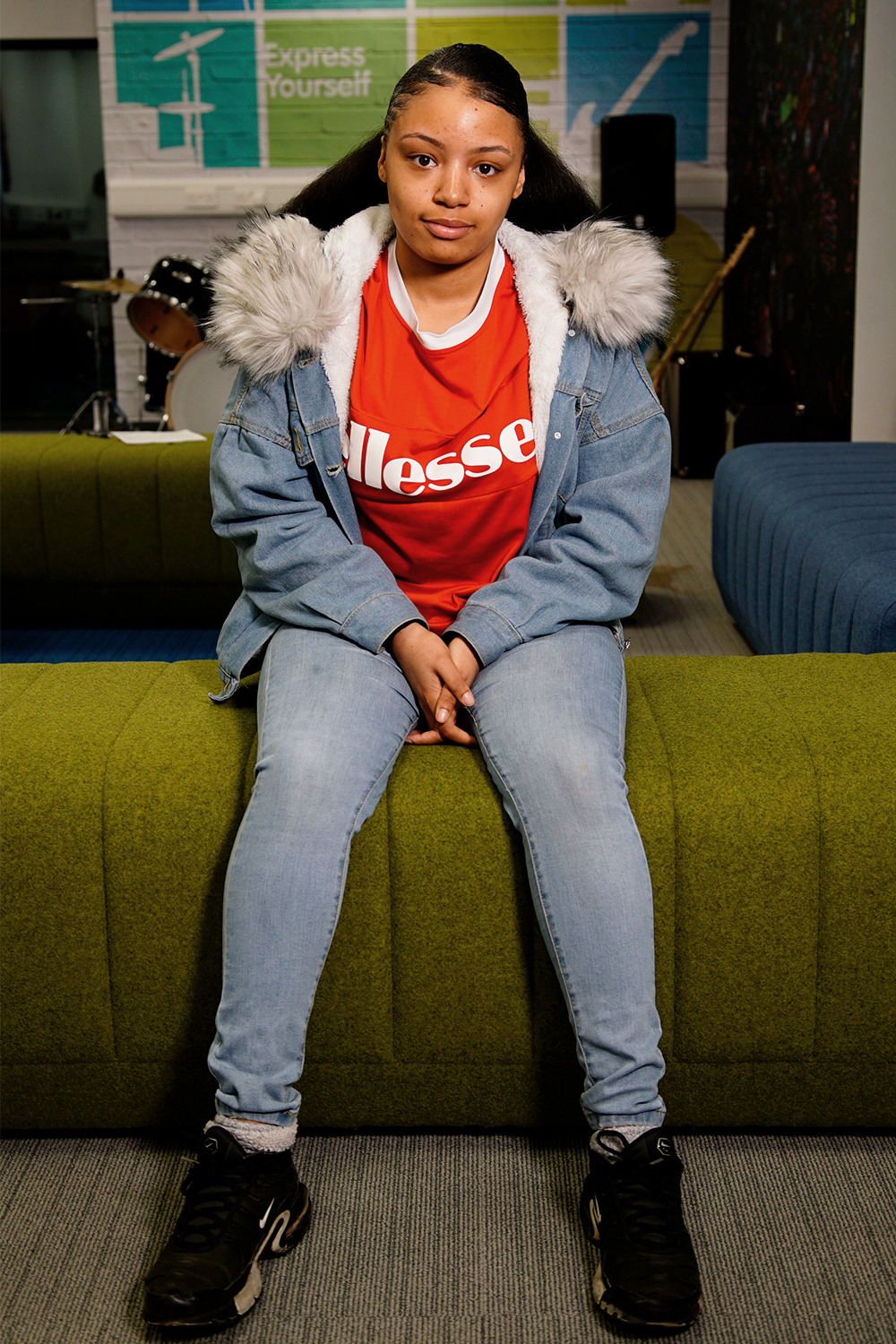 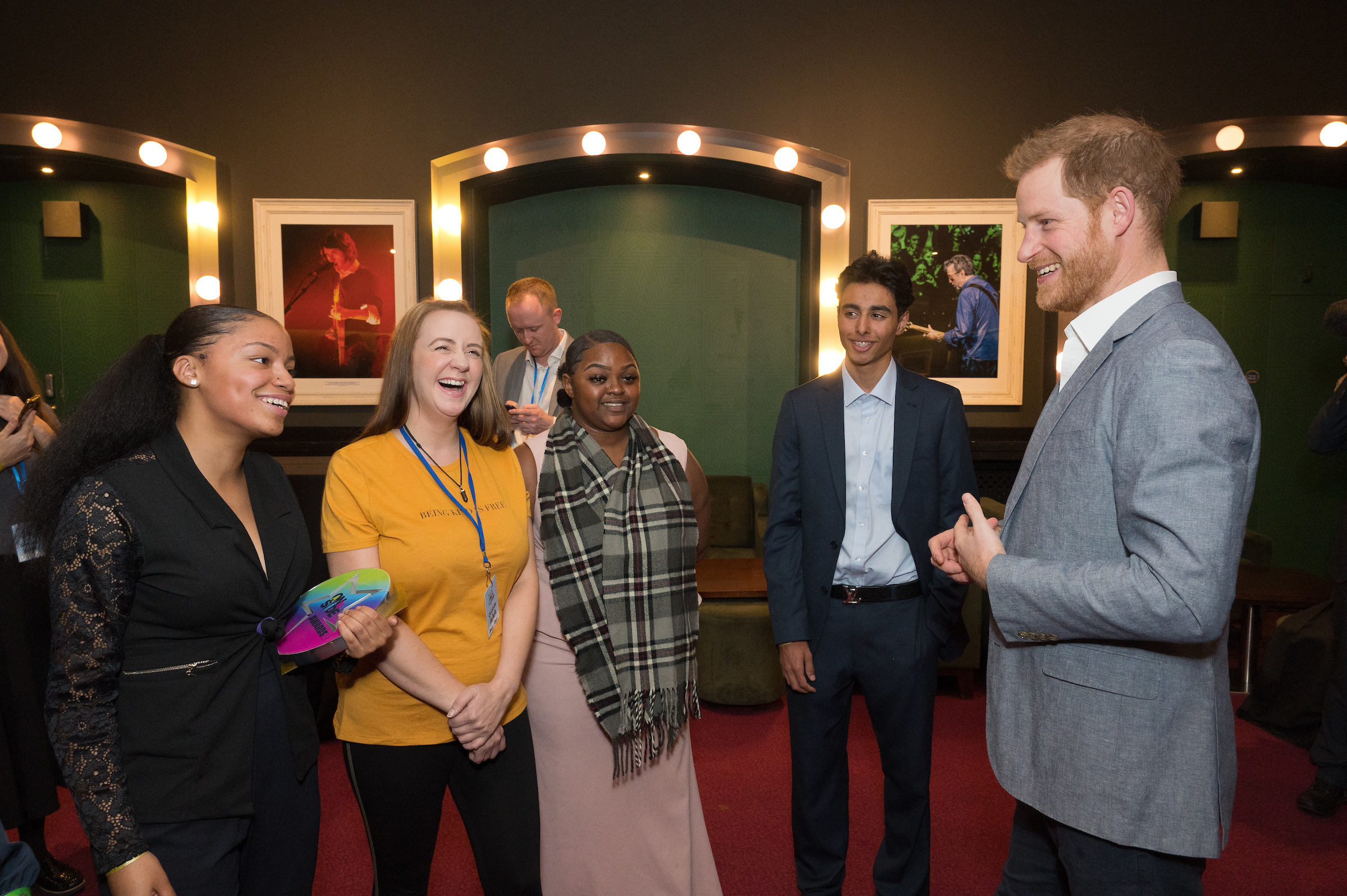 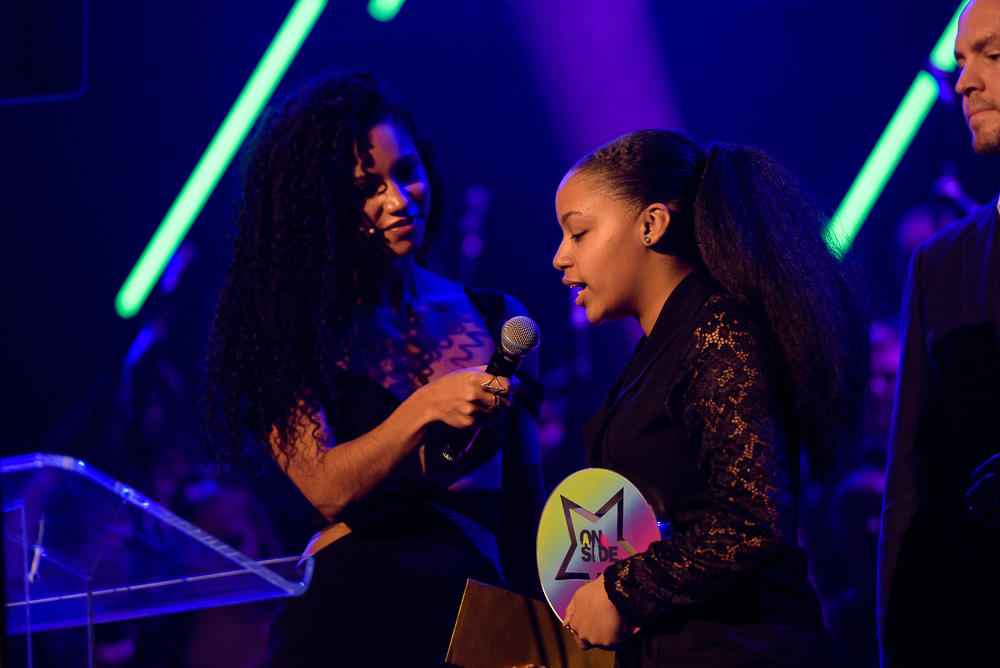 "My mum won’t put down the picture of me with him," Latoya McLean says of a photo of her with Prince Harry.

The heartwarming snap was taken last year after Latoya received the Giving Back award on stage at the Royal Albert Hall during the inaugural OnSide Awards.

Her prize was "for young people that have gone above and beyond for their youth centre and their community”.
"It was unreal for me on that day, and for my family, and for the youth centre," Latoya said.

The 18-year-old has been involved with Unitas since the planning stages and is now one of the centre's leading figures.

For Latoya, joining Unitas was all about transcending the expectations that other people had for her and her peers.

"Young people are seen in such a bad perspective that I think they live up to what’s expected of them," Latoya said.

"They never push past that boundary. Society makes boxes and expects every young person to tick it.

"So I guess that's why I wanted to join the group — to reach my true potential and find what I was meant to be."

Bringing the laughter back 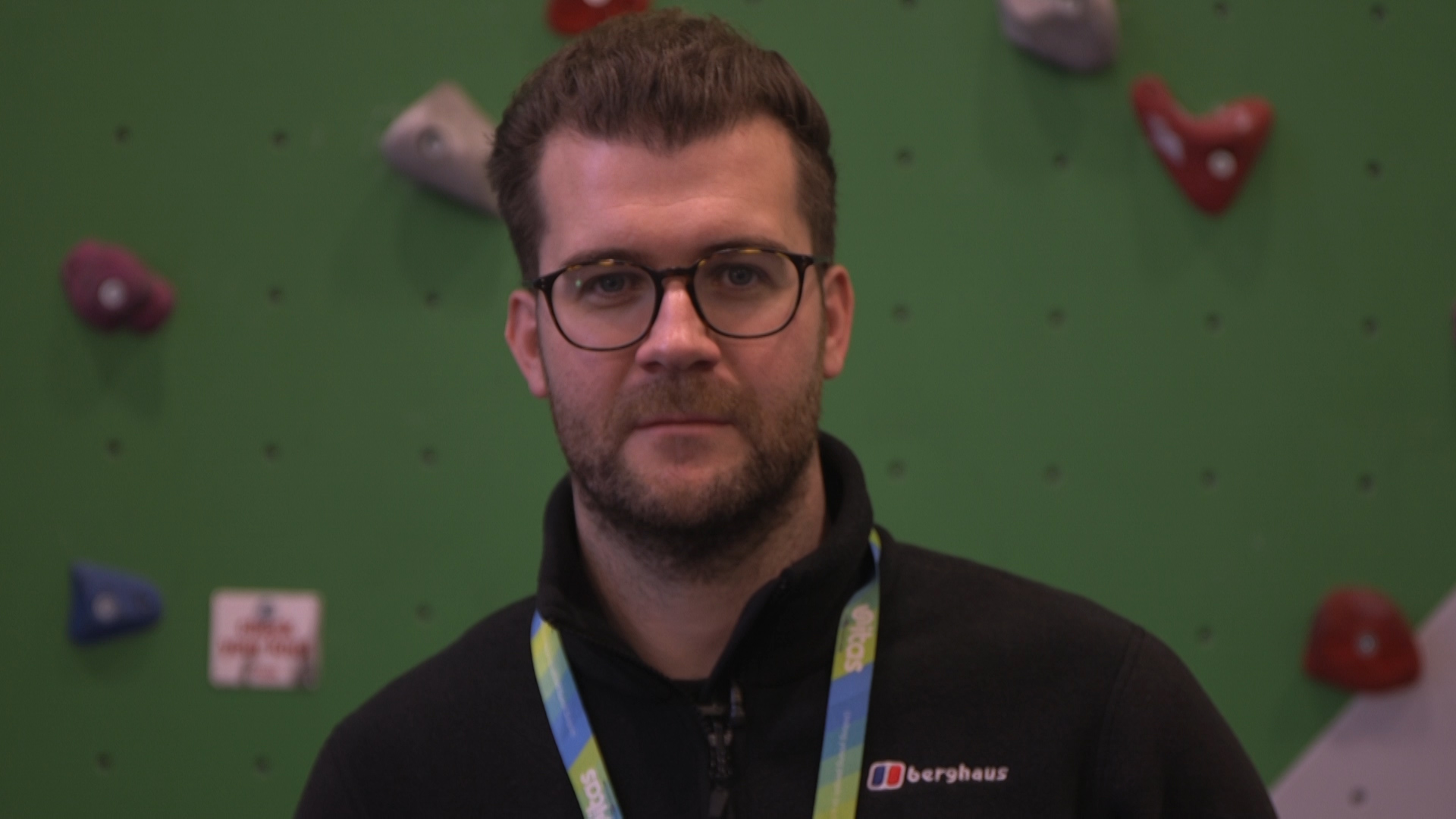 As members enter Unitas, they're searched for blades and other weapons with metal detectors as they step over the threshold.

It's for their own protection — one of the centre's main aims is to offer kids a safe place to go.
Tony Lewis, the centre's Chief Executive, previously worked in probation and in youth offending teams, seeing first-hand how circumstances can conspire to lead the young down dark paths.

"For some of the people that we work with, they might have experienced quite traumatic events growing up in their childhood — things like domestic violence, abuse," Tony says.

"Some young people, they’re trying to move away from a life on the road and certain types of criminality."

The existence of centres in deprived areas can also have positive effects for the wider area.

Members can get a hot meal for £1 — full-sized portions of fish and chips are on offer during Sun Online's visit. 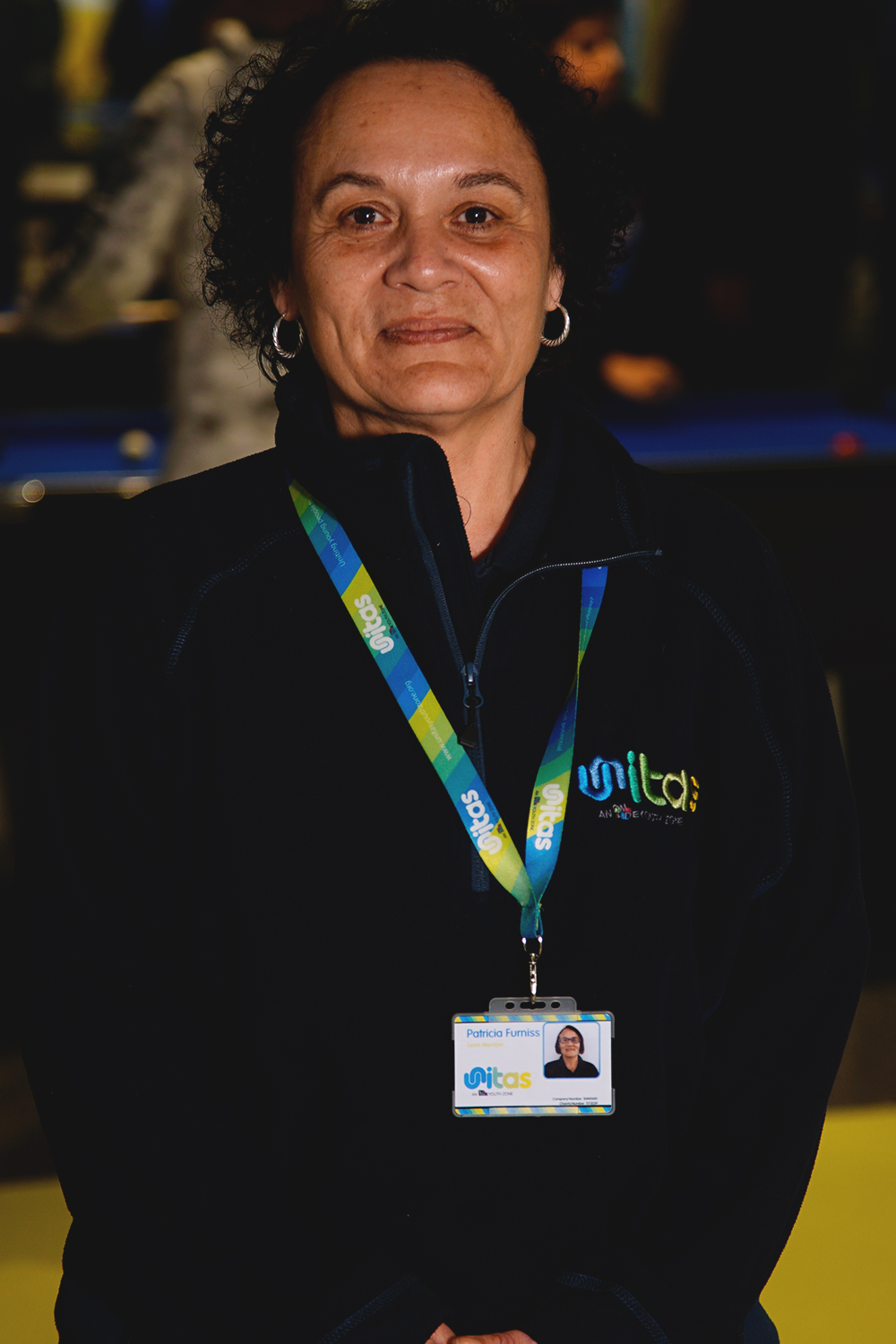 "One parent commented to one of my staff colleagues that their food bill had come down significantly through the course of the week because they have three or four children who come here,” Tony says.

“Beyond that, local residents comment on how young people feel better about the area that they live in, that the regeneration of the wider area has made them feel more confident — and you see that in their behaviour.”

A local that can attest to that is Pat Furniss, 52, who grew up near where Unitas now stands.

The mum-of-two, who used to work as a teacher, is now on the youth centre's reception and is treated as a de facto auntie by the kids.

"I just love seeing and hearing the laughter, I think,” Pat says. She used to hear children laughing in the streets outside her home where she grew up — but she doesn’t hear it there so much anymore.

Pat added: “I actually gave up working full-time to come and work here in the evenings.

"And as I say to the kids, I ain’t going nowhere! I’ll be here with my zimmer frame.”

'None of this is rocket science' 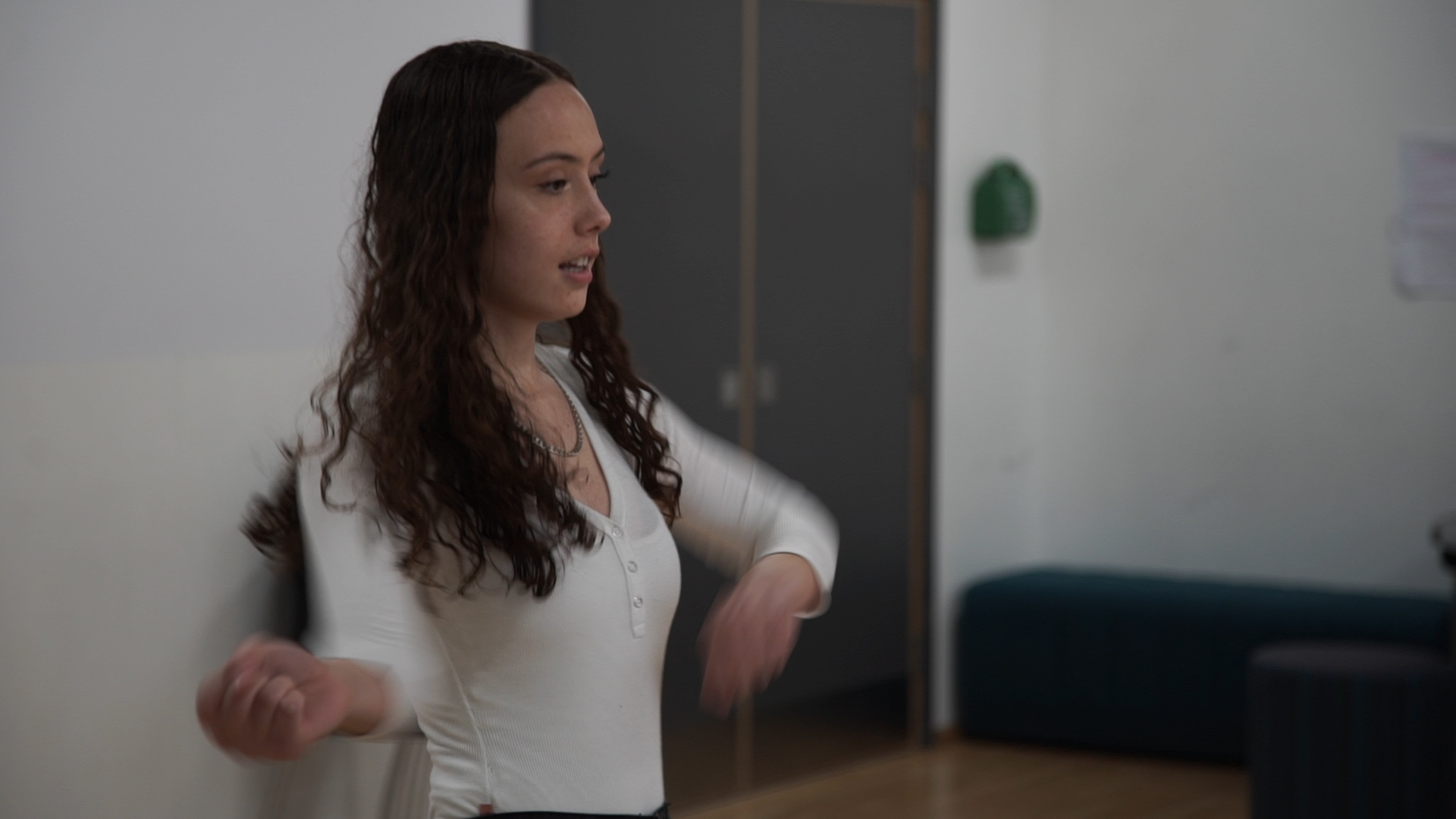 The kind of remarkable changes that Tony and Pat have witnessed aren't unique to Unitas in Barnet.

"Antisocial behaviour in the area drops between 50 and 70 per cent almost instantly, within a month or two,” says John Roberts, Chairman of OnSide's Executive Board.

"Truancy drops and academic rates go up for the kids that attend the youth centre — none of this is rocket science."

John thinks the benefits of his youth centres are so urgent that every town in the UK should have one, in the same way that it would have a school or a GP surgery.

Many of the young people who currently benefit from its centres feel a lack of societal interest could be because their generation has been misunderstood and looked down upon by others.

"I just think this youth centre is building up the next generation to change how society feels," Latoya says.

"The future is safe," she adds.

"We’re not going to destroy what has been built before us."