THE FBI is offering a reward of up to $10,000 for information leading to the capture of an alleged sexual predator from New Zealand who ran a million-dollar online child pornography scheme.

Michael James Pratt reportedly left his cat behind when he went on the run as the alleged mastermind of the $17million online child-porn scheme in southern California. 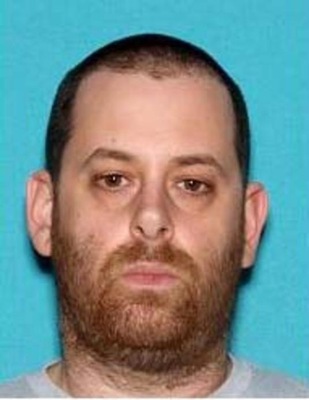 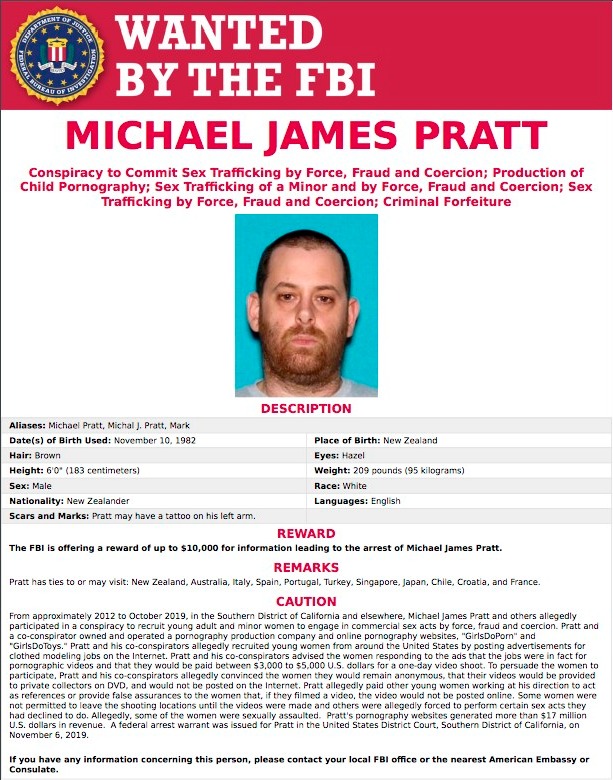 The 37-year-old is accused of using "force, fraud and coercion" to get young women and minors to perform sex acts for the websites GirlsDoPorn and GirlsDoToys between 2012 and 2019, according to the federal agency.

Pratt recruited his victims through online ads for several clothes-modeling jobs, then teamed up with a partner and several accomplices to allegedly offer the girls $3,000 to $5,000 each to participate in one-day pornographic video shoots.

The alleged predator falsely assured them the material would be distributed only on DVD to private collectors and wouldn't be shared online.

Some of the women who refused weren't allowed to leave until they complied, while others were sexually assaulted, the FBI said.

Both websites generated more than $17million in revenue before a warrant for Pratt's arrest was issued in November, according to the bureau.

Pratt fled his home in Hidden Meadows, California last year and left his cat in the care of a pet-sitting service he hired to check in daily, the San Diego Union-Tribune reported.

After his disappearance, criminal charges were filed against him and several co-defendants in San Diego federal court.