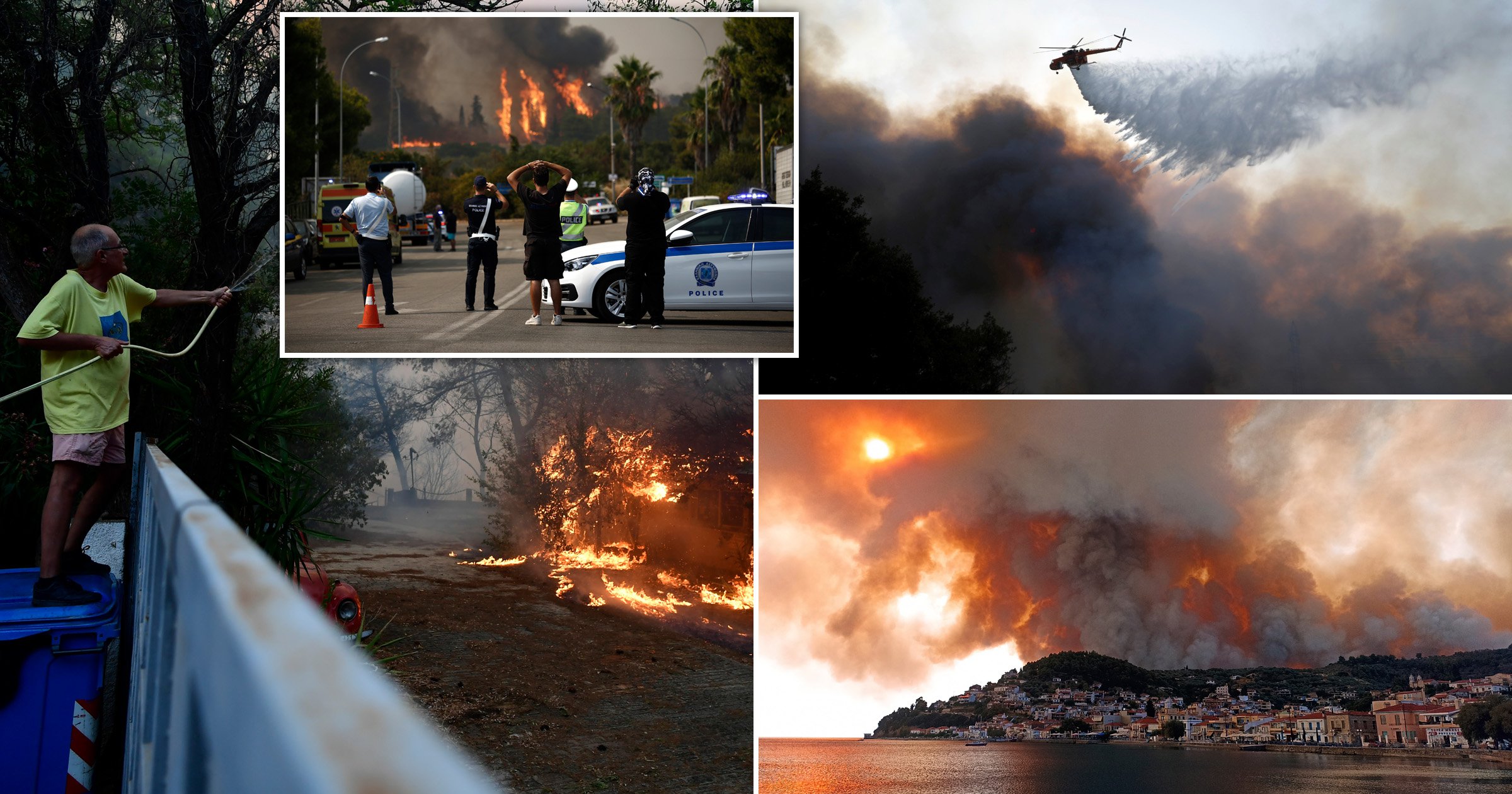 Homes burned down in Athens amid wildfires which caused the closure of part of the national motorway.

More than 100 wildfires have burned across Greece in the last couple of days, fuelled by the country’s worst heatwave in three decades.

One of the fires sent smoke over the capital and forced hundreds of people to evacuate their homes to avoid the fire near Tatoi, a forest area 12 miles north of Athens.

Authorities also closed the Acropolis and other ancient sites during afternoon hours as temperatures reached 42C.

A section of Motorway 1, a 550km road which connects five major cities, was shut.

Officials described the heatwave as the most intense in more than 30 years.

As many as 104 firefighters with 35 vehicles and nine aircraft were battling the blaze in the Varympompi suburb of Tatoi near Parnitha mountain in the scorching weather.

Many homes lost electricity and others were engulfed in flames and razed to the ground, Greek Reporter wrote. 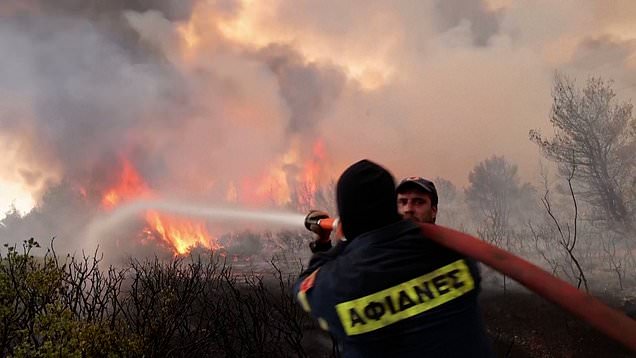 Fire brigade spokesman Vasilis Vathrakogiannis said the blaze was not threatening factories in the area but a wide-scale evacuation of the zone would be ordered if necessary.

The Civil Protection authority warned residents to be on alert and keep windows and doors shut to prevent sparks from entering their homes.

People swam in the sea as plumes of smoke billowed above the historic Athens skyline.

Heatwaves are continuing to rage across Europe, with sunseekers in Italy forced to run from towering smoke and flames.

Pescara mayor Carlo Masci said the impact on the local environmental was ‘incalculable’.

Wildfires have also been tearing through forests and villages on Turkey’s southern coast.

Tourists and residents fled Turkish holiday hotspots of Antalya and Mugla in small boats, as temperatures climbed above 40°C and high winds worsened the situation.

Police took to water cannons, usually used to control riots, to battle fires in the district of Bodrum, which was popular with British travelers before Covid restrictions saw Turkey put on the ‘red list’.

Videos showed tourists in the area scampering down streets with their luggage to escape the nearby flames.