Welcome to House of Hancock! ‘Humbled’ ex-health secretary confirms he is living with seven Ukrainian refugees and four dogs in Suffolk home – and he’s enjoying getting to know their cuisine

Former health secretary Matt Hancock said he has been ‘humbled’ after welcoming a family of seven Ukrainian refugees to his Suffolk home over Easter, and is enjoying discovering the national cuisine.

The Conservative MP said that it is a ‘wonderful’ experience hosting the three generation family, along with their four dogs — and has been supported by the ‘helpful’ community.

The 43-year-old opened his constituency home to them on Friday, April 15, as previously revealed by MailOnline. 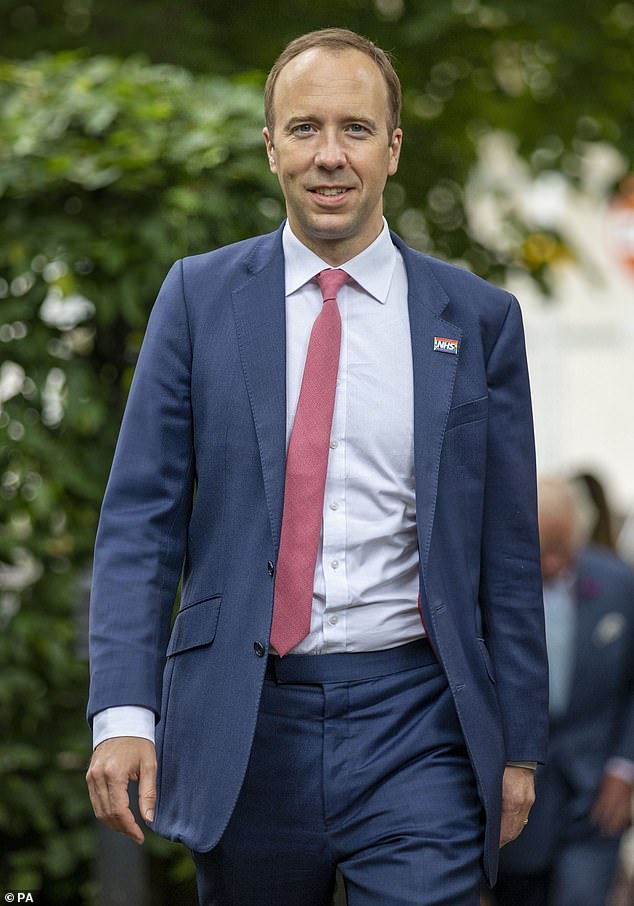 ‘I’ve enjoyed getting to know Ukrainian food and picking up the basics of the language,’ he wrote in The Spectator.

‘It’s humbling living with three generations from one family who have escaped war with little more than the clothes on their backs. It brings perspective.

‘They video-call family and friends left behind who live under the threat of bombardment, and it’s striking just how close to home this conflict is.

‘The teenagers staying with me study by remote learning at their college in Kyiv while the shells fall.’

Mr Hancock said that since the family arrived, the Suffolk community have helped them with school places, jobs and transport.

‘Within days we had bikes, places at schools and college, and a Volvo from the local car salesroom, while the wonderful team at the Bedford Lodge Hotel have offered not just training but jobs,’ he said. 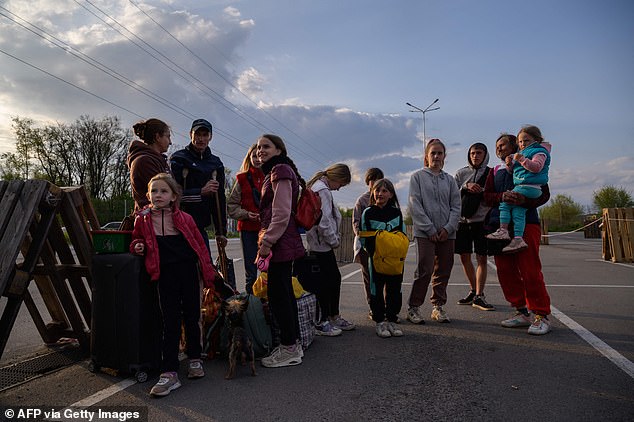 Mr Hancock said that the teenagers staying with him are taught remotely from their college in Kyiv while shells fall. Pictured, a family arrive at Zaporizhzhia, in Ukraine on May 2

‘They say it takes a village to raise a child. It takes a town to welcome refugees — and towns like Newmarket are stepping up to the plate.’

The family he welcomed are related to one of Mr Hancock’s constituents.

He is hosting their mother and two sisters, their niece, nephew, nephew’s partner and grandmother.

Last month, the Suffolk MP decided not publicise their arrival in his constituency home, unlike other party colleagues who have done the same.

Speaking at the time, a source told MailOnline: ‘Matt has not talked about this because he doesn’t want to be accused of just doing it for publicity — he’s not.

‘He’s just wanting to help a desperate family, in one of the only ways he can. 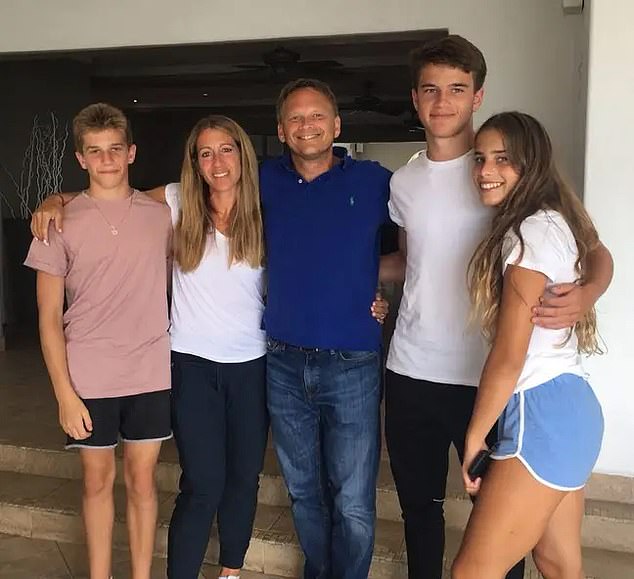 Grant Shapps, the Transport Secretary, became the second MP to host Ukrainian refugees, after he welcomed a three-generation family and their dog in his Hertfordshire home. Pictured: Grant Shapps, his wife Belinda and their three children

The low-key arrival – unmentioned by Mr Hancock or on any of his social media feeds – is something of a rebuff to his critics.

When he told his local radio station back in March he was taking part in the Homes for Ukraine scheme and later appeared on GMB, some accused him of a media stunt.

Sometimes-presenter Richard Madeley had suggested ‘The reason you’re doing this is to help rebuild your reputation after you had a bad political fall’.

At the time Mr Hancock had denied it and insisted it had been nothing of the sort.

He said it was ‘the other way around’ and that it was the media who had taken an interest.

Last month, Conservative MP Grant Shapps took in a ‘three-generation’ family, as well as their dog named Max, to live with him in his Hertfordshire home.

The 53-year-old politician previously said he was taking in a six-year-old boy, his mother and his 75-year-old grandmother.

The family are making use of one his children’s bedrooms while they are away at university.

Mr Shapps wrote on Twitter: ‘Whilst their country goes through the turmoil of Putin’s war, our country stands resolutely with the people of Ukraine.’

Former Cabinet minister Robert Jenrick was the first MP to welcome a Ukrainian family into his constituency home under the Government’s refugee visa scheme.

The MP for Newark collected 40-year-old Mariia and her two children Khystyna, 11, and Bohdan, 15, from Stansted airport himself.

The former housing secretary, 40, said that he found it ‘emotional’ and ‘humbling’ when he finally met the refugees after applying to host them three weeks prior. 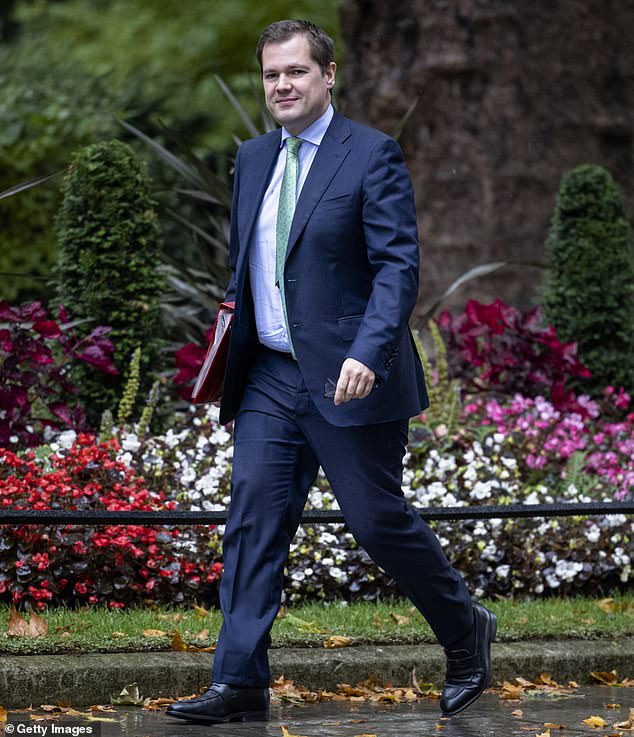 ‘They are children of not dissimilar ages to ours, and a mother who’s left her husband back home and made this extraordinary decision… to leave home and come to another country in order to protect her children.

‘It was quite emotional. I have to say they’ve been absolutely lovely to us and we’ve enjoyed it so far,’ he said.

The Home Office scheme has come under fire since it was launched, with critics frustrated with ‘red tape’ that is slowing down refugee arrivals into the UK.

The family scheme and the sponsorship scheme have seen a combined total of 117,600 applications since their launch.

Boris Johnson’s Government announced in March that the scheme would allow anyone in England to host a family or individual, if they agreed to housing and criminal-records checks.

In response, local support networks and individuals set up numerous Facebook groups – and these have become one of the main ways of connecting Ukrainian families and British sponsors.