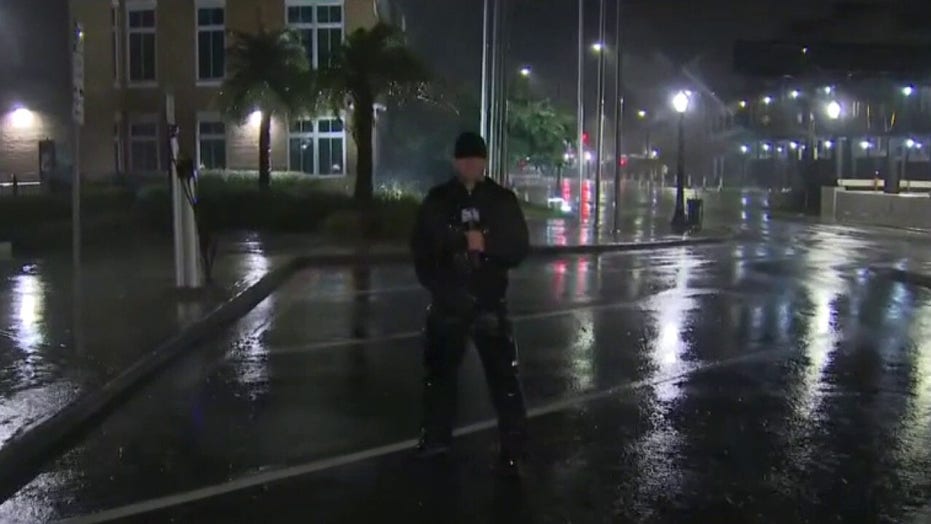 Hurricane Sally strengthened to a Category 2 early on Wednesday and is likely to cause "catastrophic and life-threatening flooding" along portions of the northern Gulf Coast, according to the National Hurricane Center in Miami.

The NHC said Sally made landfall at 5:45 a.m. near Gulf Shores, Ala., as a Category 2 storm. As of 5 a.m., Sally had been located about 50 miles south-southeast of Mobile, as it crawled north-northeast at 3 mph, according to the NHC.

Its northern eyewall has started to bring hurricane conditions across the Gulf Coast from Pensacola Beach, Fla., to Dauphin Island, Ala. Maximum sustained winds were recorded at 105 mph and its slow-moving pace could result in possible record floods.

Sally battered the Florida Panhandle and south Alabama with heavy rain, strong winds, beach covering storm surges, and caused widespread power outages. More than 350,000 customers in Florida, Alabama, and Louisiana were reported to have lost electricity by Wednesday morning, according to poweroutage.us. 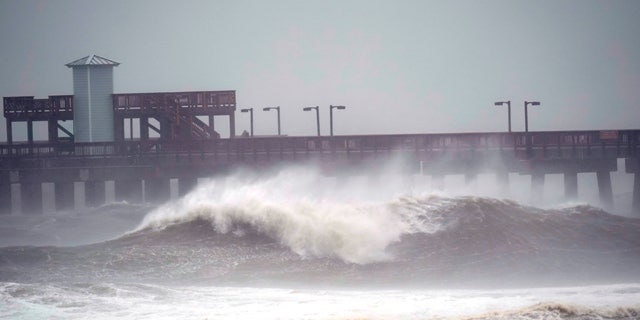 Waves crash near a pier, at Gulf State Park, Tuesday, Sept. 15, 2020, in Gulf Shores, Ala. Hurricane Sally is crawling toward the northern Gulf Coast at just 2 mph, a pace that’s enabling the storm to gather huge amounts of water to eventually dump on land. (AP Photo/Gerald Herbrt)

"Stay in your shelter and hunker down if you live on the coast. This is FAR FROM OVER!" wrote the National Weather Service in Mobile/Pensacola during a 5 a.m. update.

Hurricane-force winds are expected to extend outward up to 40 miles from Sally's center, while tropical-storm-force winds will likely reach an area of 125 miles from the center.

In the Panhandle's Escambia County, Chief Sheriff's Deputy Chip Simmons vowed to keep deputies out with residents as long as physically possible. The county includes Pensacola, one of the largest cities on the Gulf Coast.

“The sheriff’s office will be there until we can no longer safely be out there, and then and only then will we pull our deputies in,” Simmons said at a storm briefing late Tuesday.