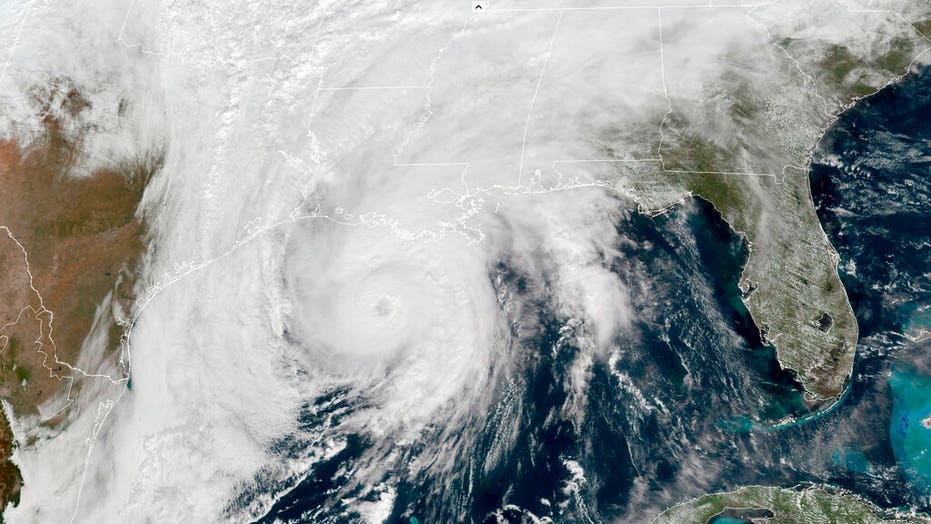 Hurricane Zeta has reached the coastline of southeastern Louisiana, making landfall about 4:10 p.m. CDT near Cocodrie as a Category 2 storm.

The maximum sustained winds were around 110 mph, with stronger gusts, according to the National Hurricane Center.

ZETA RE-STRENGTHENS INTO A HURRICANE, EXPECTED TO BRING A LIFE-THREATENING STORM SURGE TO LOUISIANA

Storm surge warnings were in effect from the mouth of the Atchafalaya River to Navarre, Fla., and in Lake Borgne, Lake Pontchartrain, Pensacola Bay and Mobile Bay.

Strong winds were expected to threaten areas even further inland.

Brennan Matherne, a public information office with the Lafourche Sheriff's Office, tweeted out video that shows a large boat washed up on the road in Golden Meadow.

The greatest risk of tornadoes is expected through Wednesday night over southeastern parts of Louisiana and Mississippi, southern Alabama, and the western Panhandle of Florida.

Dangerous winds will reach across the Southeast.

"Wind gusts could be especially severe across the southern Appalachian Mountains on Thursday," the NHC said.

The storm is expected to weaken over the southeastern states Thursday as it moves onward.

Zeta has already been producing locally heavy rains ahead of the storm, but more downpours can be expected as the storm churns through. Between 2 to 4 inches of rain, with isolated amounts of up to 6 inches are possible from the central Gulf Coast through the Mid-Atlantic on Thursday.

The storm's landfall in Louisiana marks the fifth so far this busy 2020 Atlantic hurricane season. The state has been hit by two tropical storms and two hurricanes this year: Laura, blamed for at least 27 Louisiana deaths after it struck in August, and Delta, which exacerbated Laura’s damage in the same area just weeks later.

Days before the storm arrived, New Orleans officials said a power generator to the city’s drainage pump system had broken down – and they’d be unable to repair it in time for the storm, forcing them to resort to a backup power system.