In conflicting and “confusing” testimony, Anthony Koletti has told the inquest into his wife Melissa Caddick’s disappearance and presumed death that he did not speak to her after police officers searched their house the day before she vanished.

He later gave contradictory evidence that his wife had discussed with him going to see a lawyer the morning after the raid.

The evidence of the hairdresser and part-time DJ was so muddled on Tuesday that at one stage Deputy State Coroner Elizabeth Ryan admitted to being “a bit confused”.

“All I could do was comfort her in the few hours I had left with her,” Koletti told the inquest of the night before his wife went missing.

He was immediately asked by counsel assisting Jason Downing, SC, if he knew “he only had a few hours left” before his wife vanished. “No,” Koletti replied.

The inquest has heard that Caddick, 49, disappeared in the early hours of November 12, 2020. Hours before her disappearance, her Dover Heights home was raided by the Australian Federal Police officers acting on behalf of the corporate regulator, ASIC, relating to a $23 million Ponzi scheme Caddick had been running since 2012. Most of her victims were family and friends. 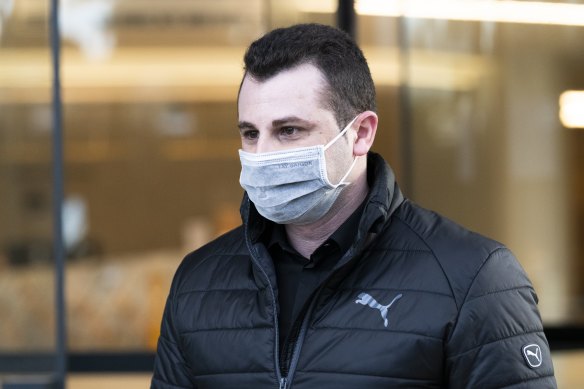 Her right foot washed up on a remote beach in February 2021.

In his songs Koletti claimed that his wife had been “tortured” for 14 hours and deprived of food and water during the raid. However, in his evidence at the inquest he admitted the raid was 12 hours.

He also told the inquest he and his wife weren’t “offered” food and that they were “too intimidated” by the police to go to their fridge or use the tap. Koletti later said he’d made Caddick coffee.

He also said that at no point during the day did he ask his wife why there were 21 officers from ASIC and the AFP raiding their house and seizing his wife’s goods. “I had no questions for her as I honestly believed she had done nothing wrong, she was a straight-shooter,” he said. 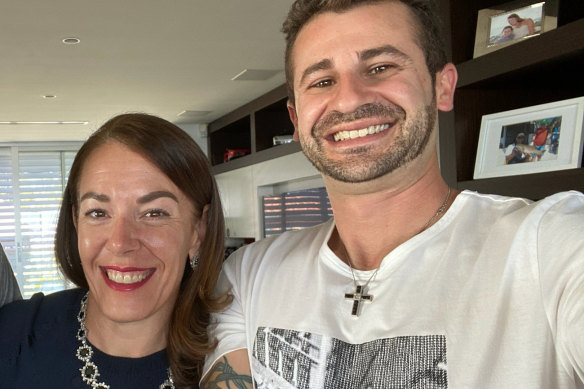 Melissa Caddick and Anthony Koletti sporting his and hers diamond sapphire jewellery purchased by Caddick with stolen funds.

Koletti was taken to the numerous inconsistencies in the accounts he has given to authorities, in his songs, and to the media about what happened in the hours before his wife vanished.

In an October 2021 interview with Channel 7’s Spotlight program, for which Koletti said he was paid $150,000, he said that on the night his wife disappeared Caddick went to bed as soon as the police left and he stayed up until 4am writing music. “That’s what I do every night,” he told Channel 7.

However, in his interviews with police he said that he had sleep apnoea and he got up about midnight and came back to bed at 4am.

“Was the version you gave to Channel 7 truthful?” asked Downing. “At that point of time I believed it was truthful,” Koletti replied.

Downing suggested he was “now scrambling … to make things gel.” Koletti denied this saying he was confused by the questions.

Thirty hours after his wife disappeared, Koletti reported to police that Caddick was missing. On that day Koletti told police that he woke just before 6am and his wife had gone. He said he did not think anything of it at the time, as he thought she’d gone out to exercise “which she always does every day”.

Downing put to him that the CCTV footage from their home showed that in the month before his wife disappeared, she had “not once” left early in the morning to exercise as she’d recently had surgery on her right toe.

Koletti also said his wife’s earnings and tax returns were “not really something I paid attention to … I am not really financially savvy”.

Earlier in the day, one of Caddick’s clients, Dominique Ogilvie, told how a chance meeting led to her recovering $2.5 million she had invested with the con artist.

Ogilvie had met Caddick in an apartment in the US ski resort of Aspen in January 2020, which Caddick falsely claimed she owned.

After healthy returns on an initial investment, Ogilvie handed $2.5 million to Caddick by August.

However, a chance meeting at the orthodontist with Jennifer Porter, a financial adviser who had worked with Caddick before she was committing her frauds, led to a bombshell discovery. Caddick was illegally using Porter’s Australian Financial Services Licence, she told Ogilvie.

Ogilvie contacted Caddick that same day and requested her money be returned, which it was.

Koletti’s evidence will continue on Wednesday.