TEETERING on a skyscraper balcony in broad daylight, 17 nubile, naked models preened for the camera.

The eye-catching image, which spread like wildfire on social media, would have stopped traffic in anything-goes Amsterdam. 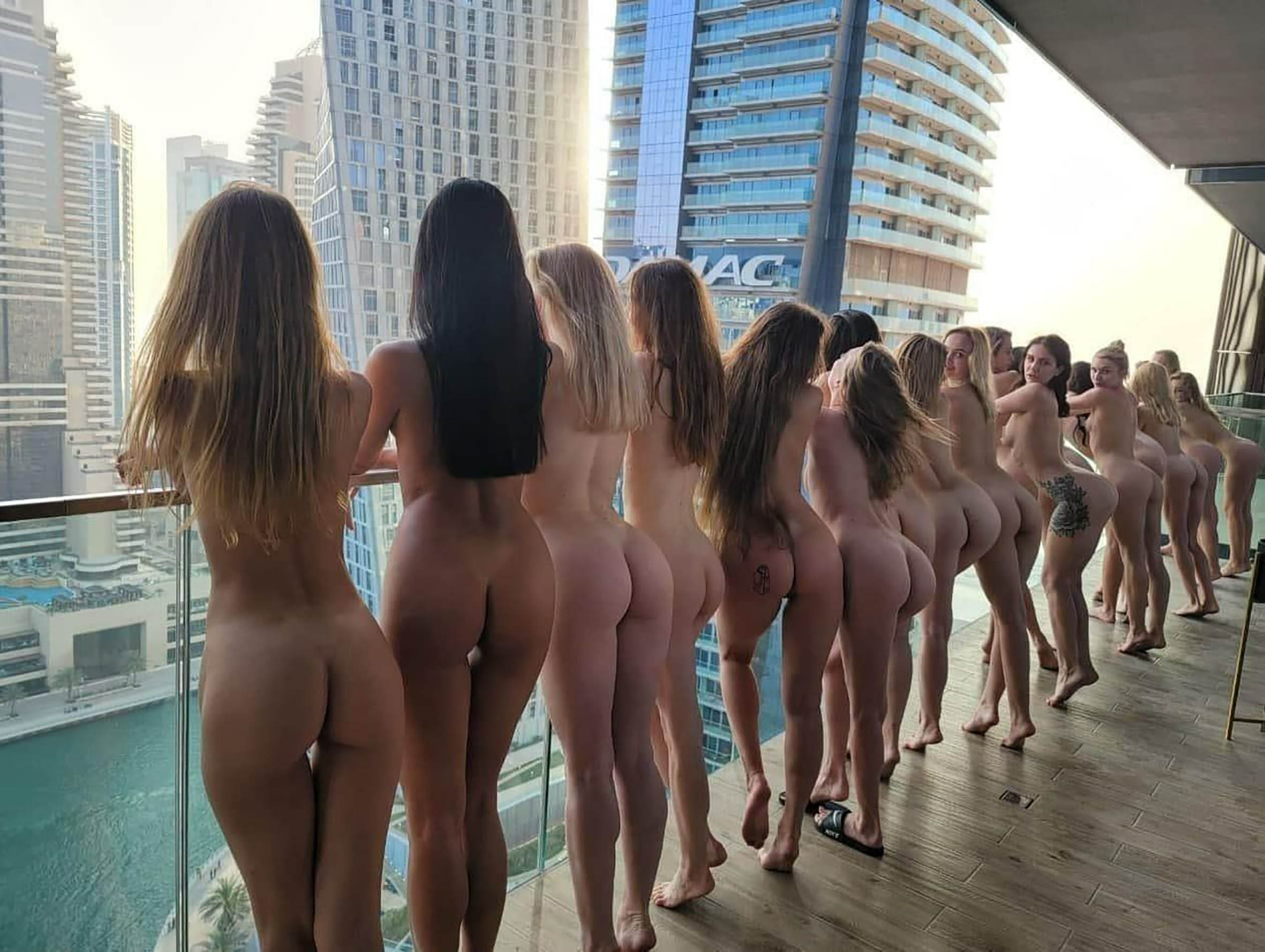 In the conservative emirate of Dubai, it led to arrests of the women for “public debauchery”.

Another snap from the Dubai apartment that day showed a balding, bespectacled, middle-aged man playing piano surrounded by 21 stark-naked women.

Stocky and unshaven, US businessman Vitaliy Grechin, 41, is not everyone’s idea of an international playboy. But he is the man of mystery — today revealed by The Sun — who masterminded the stunt that shocked and titillated the world.

He says: “I live the way 90 per cent of heterosexual males on this planet would like to live but don’t. And I don’t want to apologise for it.”

The US citizen was held by the Dubai authorities after the photos went viral earlier this month. 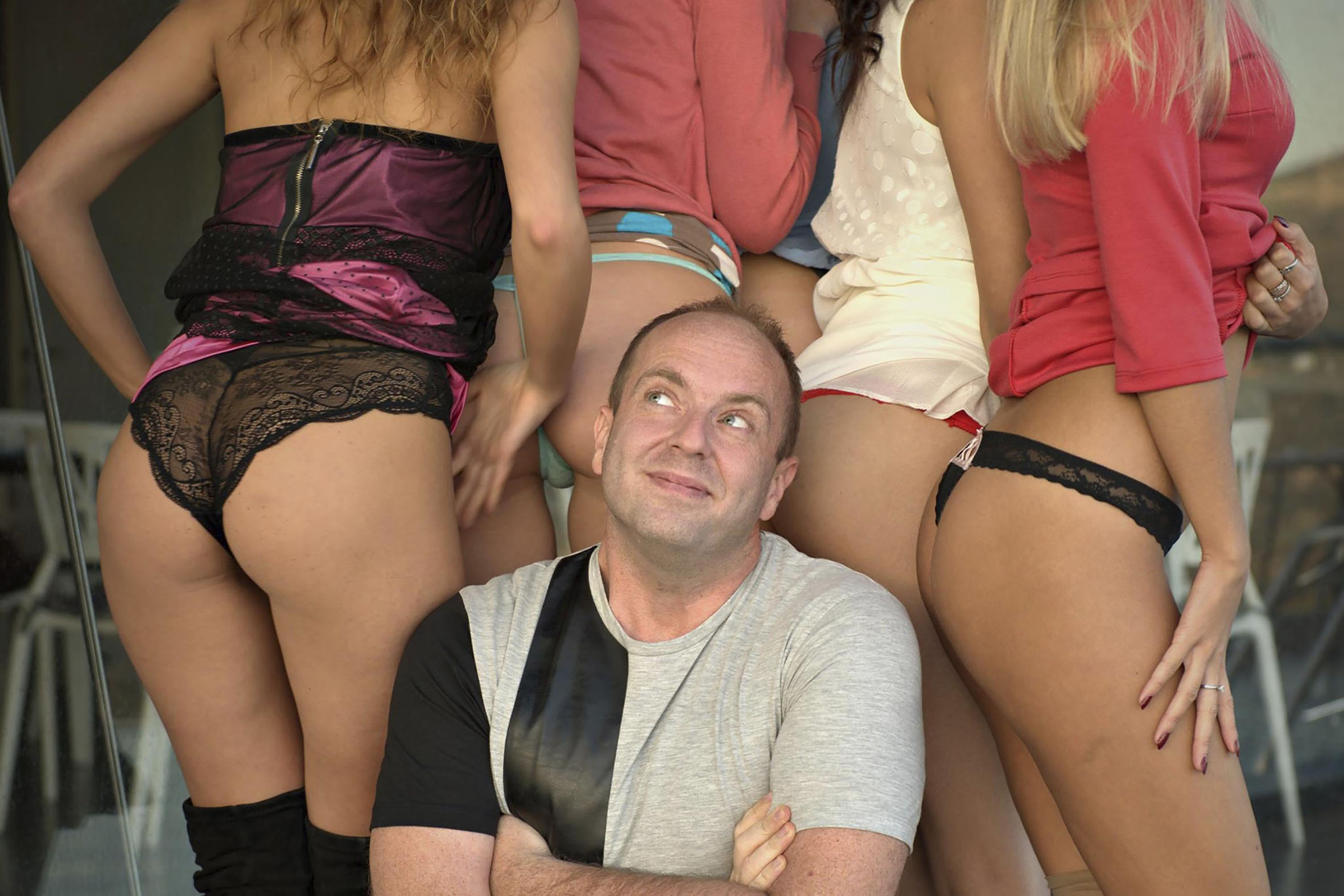 His Facebook page is plastered with images of Vitaliy in exotic locations with glamorous young women.

Adding further intrigue, he claims he met Obama at the White House, served with US Army Intelligence and donated to the Democratic Party.

He invites me to view a Russian social media page featuring pictures of him with Gwyneth Paltrow and Tom Hanks.

He says: “I’m much more than a few naked girls on a balcony.”

Today Vitaliy languishes in Dubai — long after his female associates were deported.

Speaking to me via mobile phone, he reveals he tested positive for Covid while being held for around 20 days behind bars, before he too was released without charge.

Although showing no symptoms, he says he is locked away in a ten-day enforced quarantine before hopefully leaving Dubai next week.

Saddled with a six-figure legal bill to sort out the mess, he says of the isolation facility: “It’s not a prison but I can’t leave the room and everything I do is monitored.” 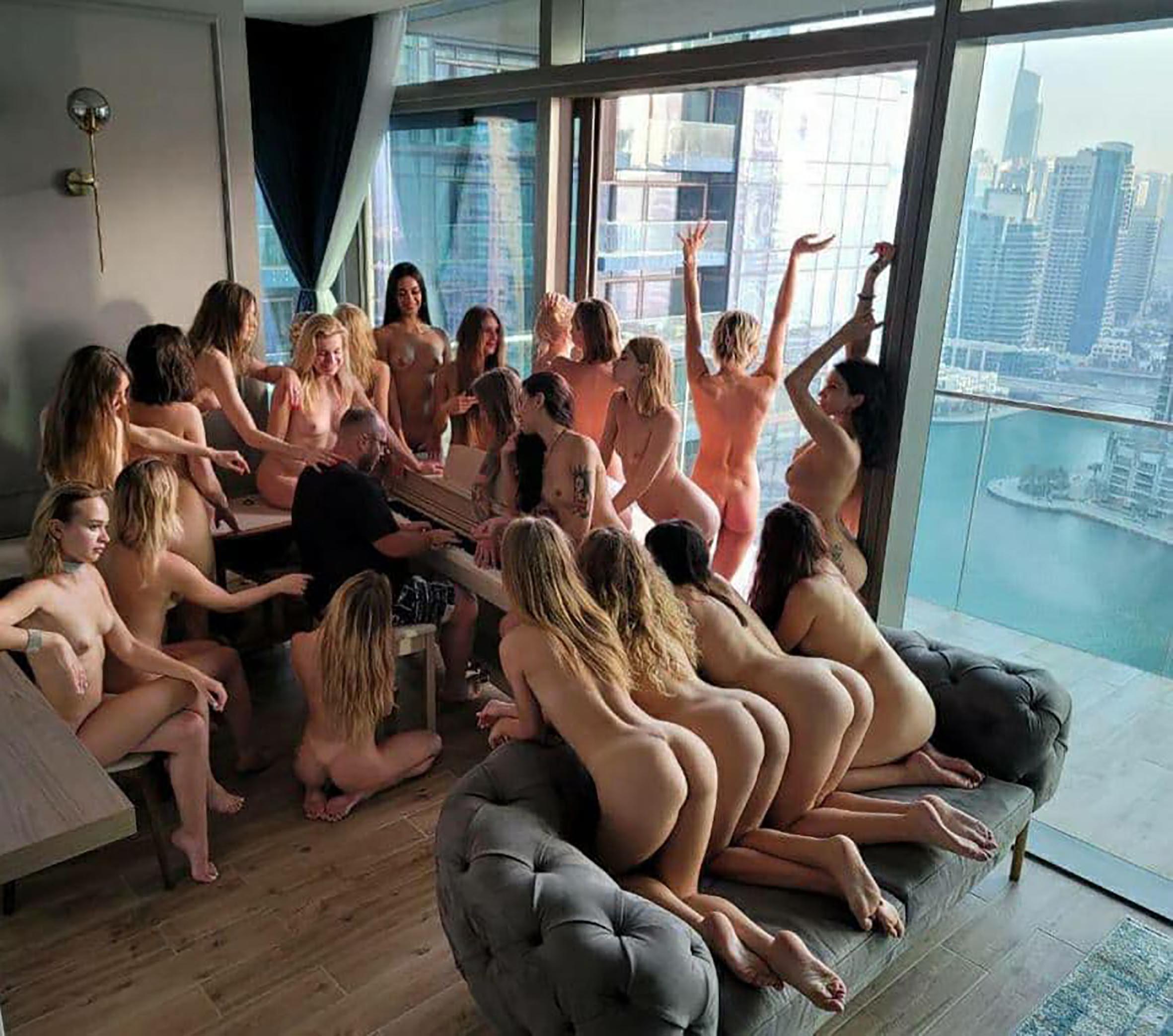 Vitality insists his Butt Squad are just “friends” and not involved in prostitution — nor was the balcony pose a publicity stunt or promotion of any sort.

The father of one told me: “What the girls did is wrong, based on the laws of Dubai. But we are talking about a bunch of very young, excited, open-minded, regular girls who have nothing to do with escorting, modelling or anything else.

“In Dubai, everything is on camera. If we had other guys coming over, if these girls were prostituting, it would all show up.”

The now-famous images made their splash on social media late on April 3. What happens in Dubai normally stays in Dubai — as long as it is behind closed doors.

Though conservative on the surface, the Gulf playground is also a city of sleaze where an estimated 30,000 call girls and escorts ply their trade. 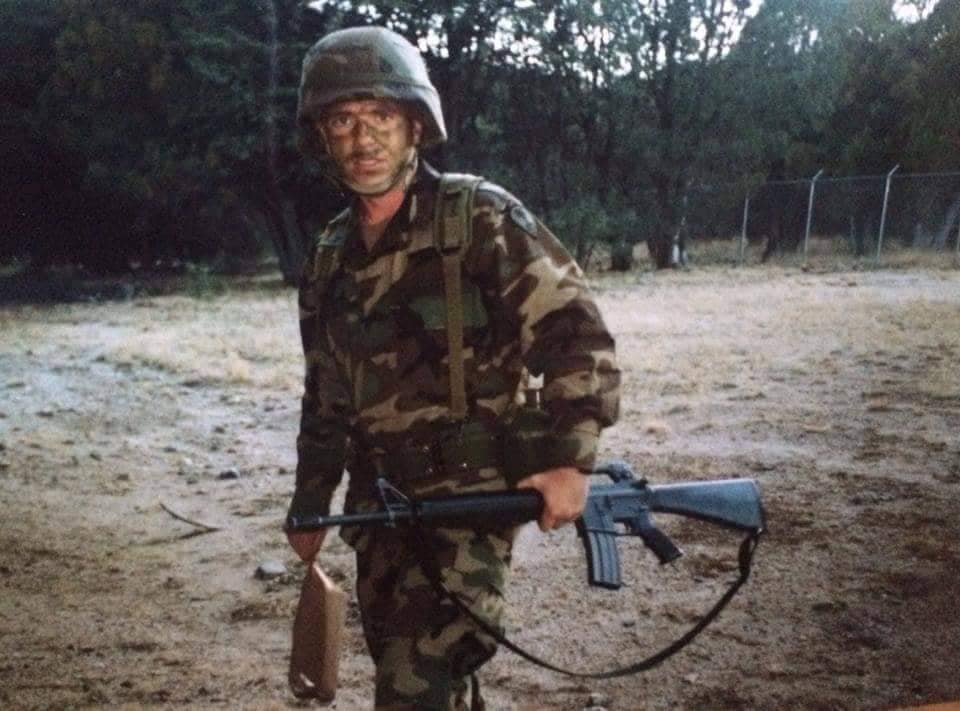 The sharing of pornographic material is punishable with prison time and hefty fines under local laws, which are based on Islamic or Sharia law.

Little wonder, then, 17 naked women lined up in plain sight on the penthouse balcony provoked arrests.

One of them, 27-year-old trained lawyer Yana Graboshchuk, said the authorities clamped down hard on them and treated them like “animals” behind bars.

Earlier, her family said they thought she had gone on holiday to Dubai and were “shocked” when they saw the pictures.

Vitaliy, who is teetotal, said of the Butt Squad: “To understand the mentality of these women, you have to understand the culture they come from. It’s a much more open society.

“They look at Instagram and Playboy magazine and feel sometimes it’s OK if you’re beautiful to show the outline of your figure. 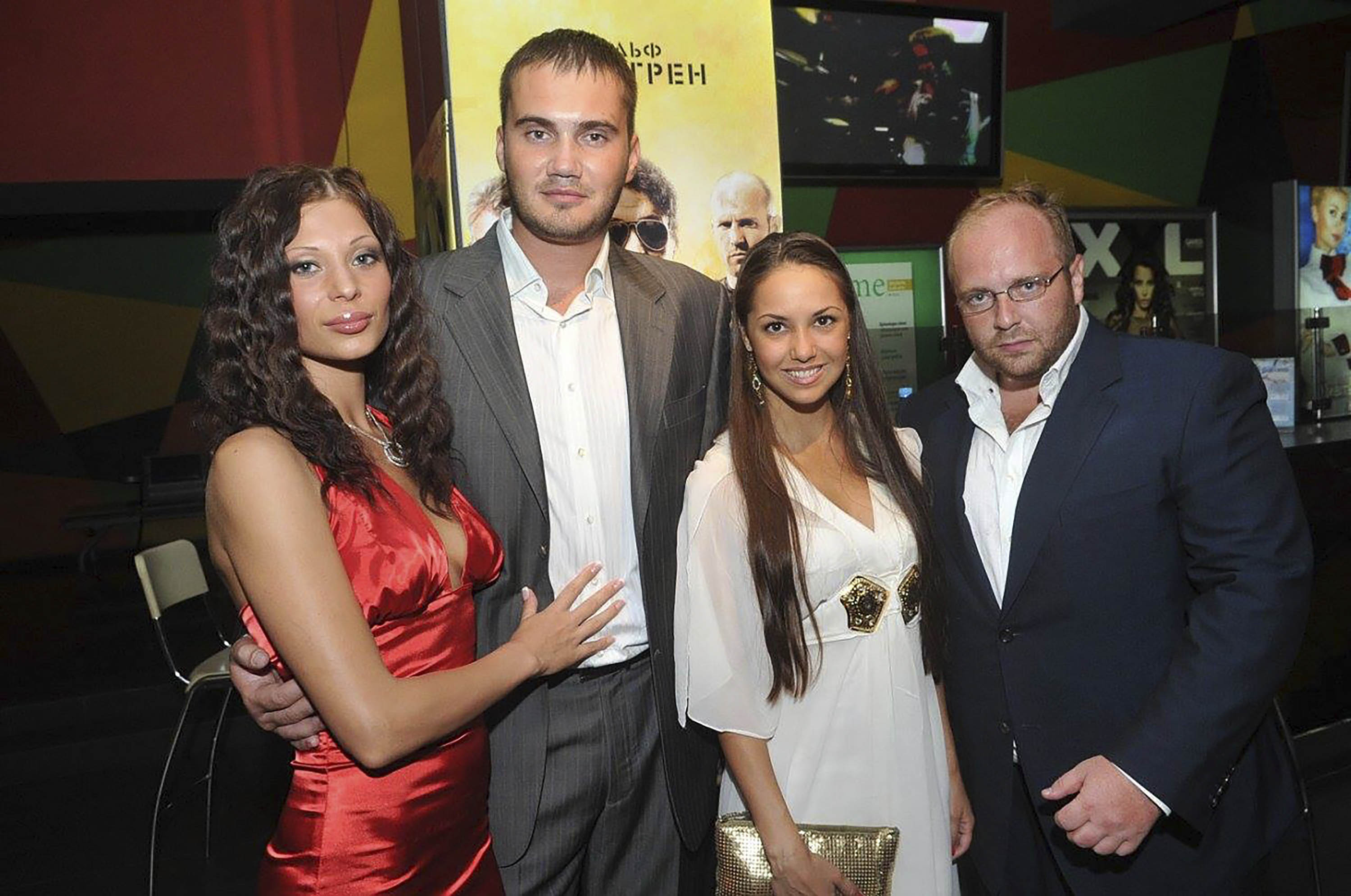 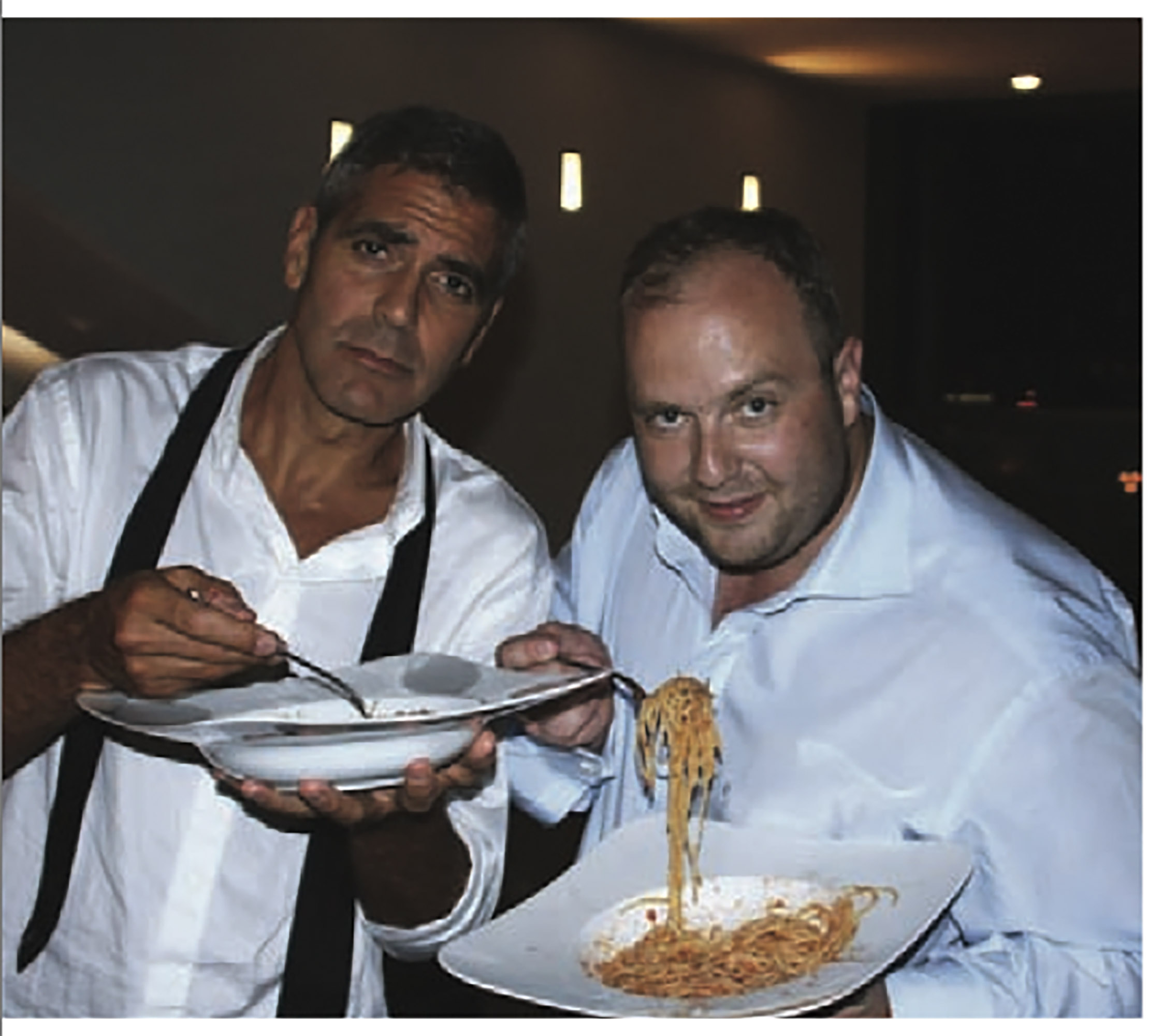 Vitaliy paid for the women and Russian photographer Alexander Ten to go on the Dubai jaunt.

He says he throws similar trips to exotic destinations each month.

The group spent that day at a swimming pool and a restaurant before going to Russian IT boss Alexei Kontsov’s penthouse in the upmarket Marina district.

After stripping off their swimwear, Vitaliy says, some of the women went on to the balcony to take a photo with the dramatic view.

“It wasn’t planned or premeditated,” he insists.

“No one was forced to do anything. I organised the trip but not the shoot because there was no shoot.

“It wasn’t intended to be a publicity stunt. We didn’t have anything to promote.”

Vitaliy says an unknown neighbour in a block overlooking Konsov’s flat then filmed the women and uploaded the images to social media.

He says: “We have no idea who filmed it or why. They’re the ones producing the pornography and distributing it, not us.” 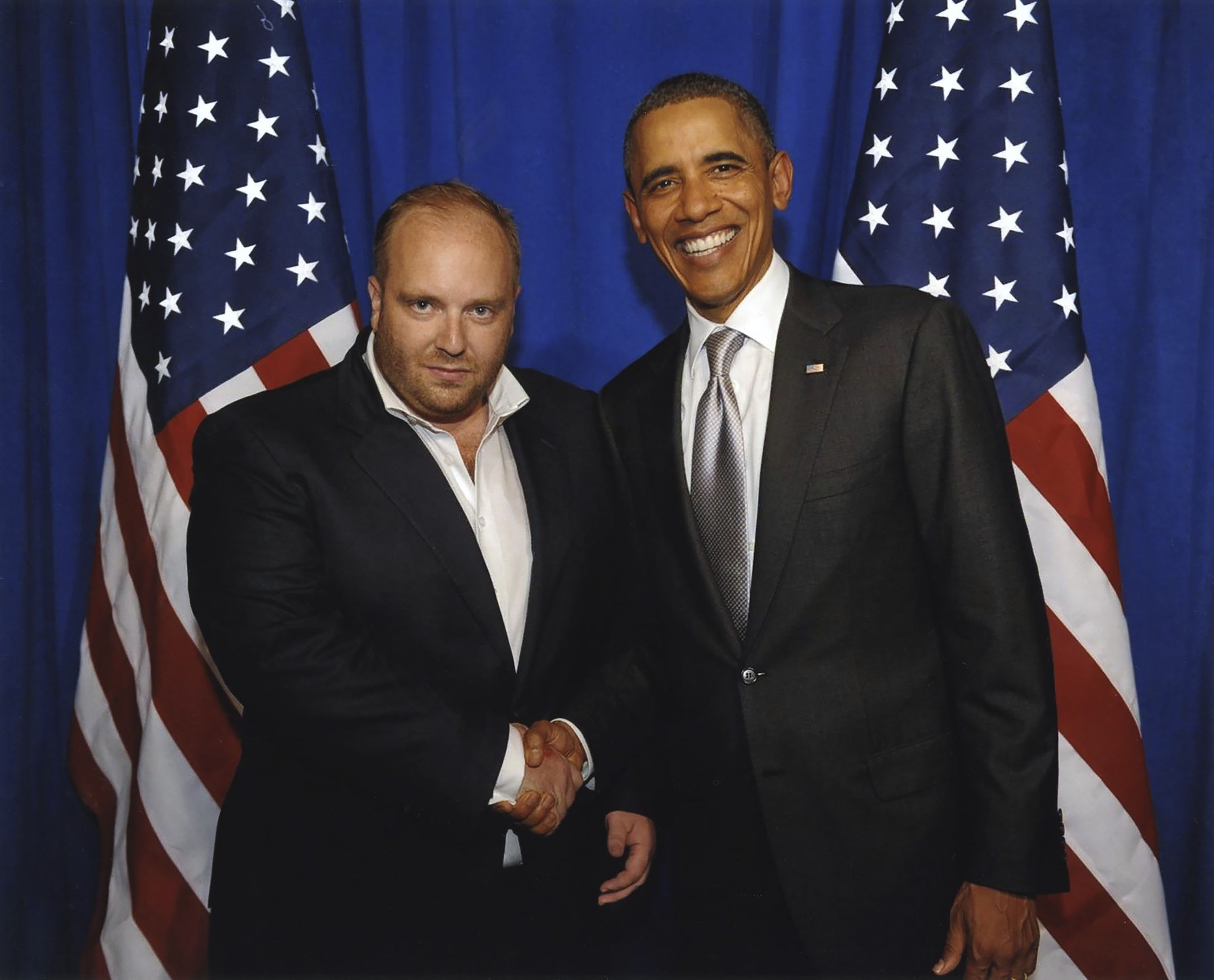 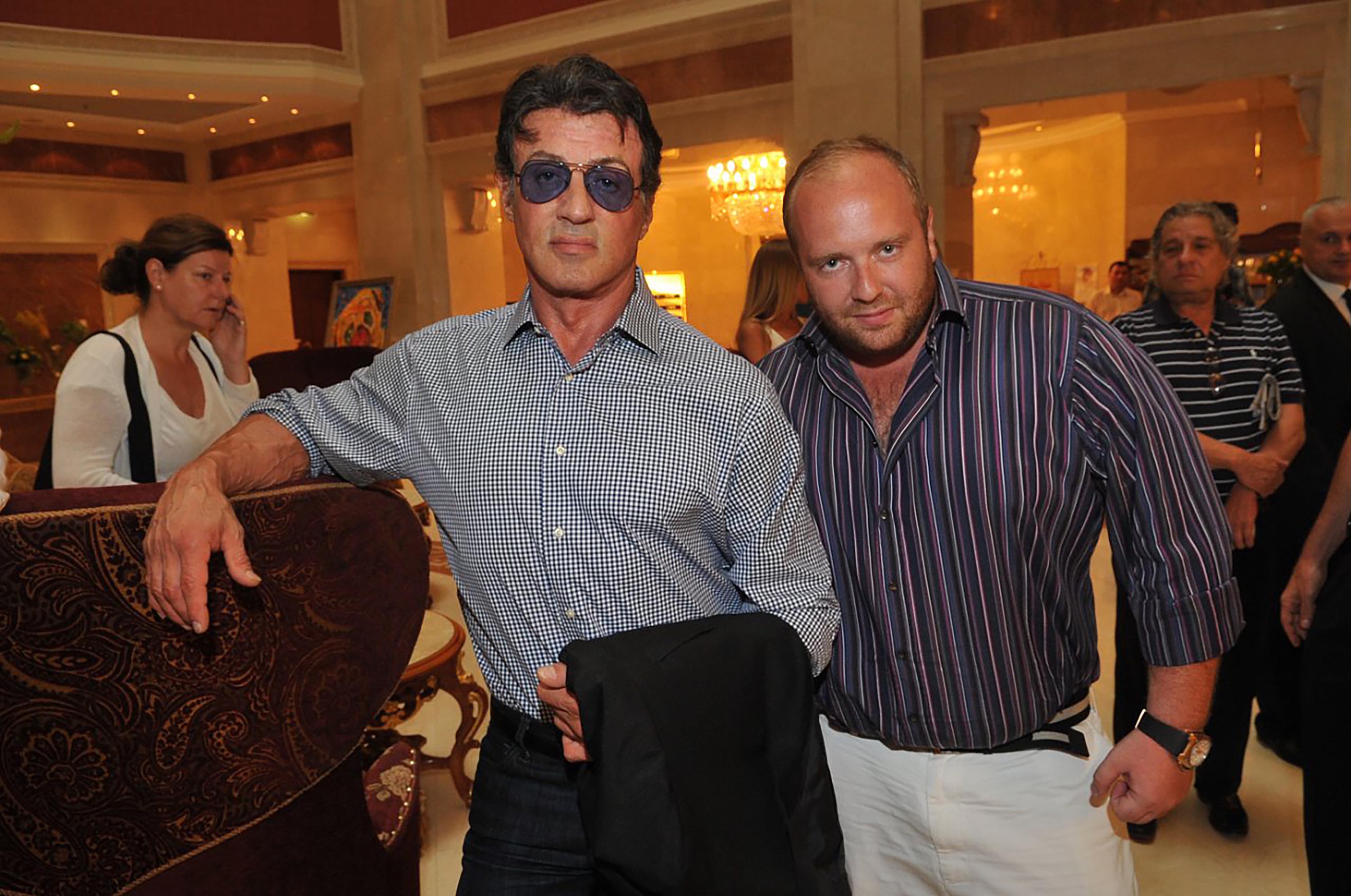 Inside the flat, the now-famous image of the Butt Squad’s bare bottoms was taken and another of the women as Vitaliy played piano.

He reveals: “I was playing Beethoven and Mozart — classical piano. It’s not an explicit photo.”

The images were shared on the party’s private WhatsApp group before an unknown person leaked them to social media. These photos went viral too, provoking the ire of the Dubai authorities.

Vitaliy adds: “They were private photos of a private group of friends. They weren’t meant to be public.”

Squad member Nataliya Chuprina, 23, called the balcony photo a “souvenir”, a “keepsake for ourselves”.

The following day, half the party, including photographer Ten, flew back to Eastern Europe.

Vitaliy and Kontsov were held on suspicion of being involved in prostitution and pornography.

A dozen of the women were detained the next day.

All faced hefty fines or even jail.

They were private photos of a private group of friends. They weren’t meant to be public.

But prosecutors instead deported the women, banning them from Dubai for five years. Kontsov too was later deported.

Vitaliy adds: “The girls showed a lack of responsibility. They’re sorry for what they have done. They’ve gone through hell. But there was no ill intent.”

Born in Kiev, Ukraine, Vitaliy moved to the US aged ten, the only child of doctor Daniel and accountant Raisa. They settled in a suburb of Detroit, what Vitaliy calls “a Jewish immigrant family . . . with a thousand dollars in our pockets”.

He says he joined the US Army and did intelligence work in the wake of 9/11, helping translate Soviet-made weapons manuals used by the Taliban in Afghanistan.

American authorities confirmed to The Sun that Vitaliy was a member of the US Army Reserve, serving as translator/interpreter from 1998 to 2005, holding the rank of “specialist” as his service ended.

He says: “I joined the US Army out of patriotic feelings. It also helped me pay my way through college.”

In 2008, he says, he brokered a real estate deal in Kiev for an investment group which earned him “a decent bonus.”

He then founded a Ukrainian finance company and sold three-quarters of it to Finstar Financial Group, a private equity firm owned by Russian billionaire Oleg Boyko. That made Vitaliy a rich man. 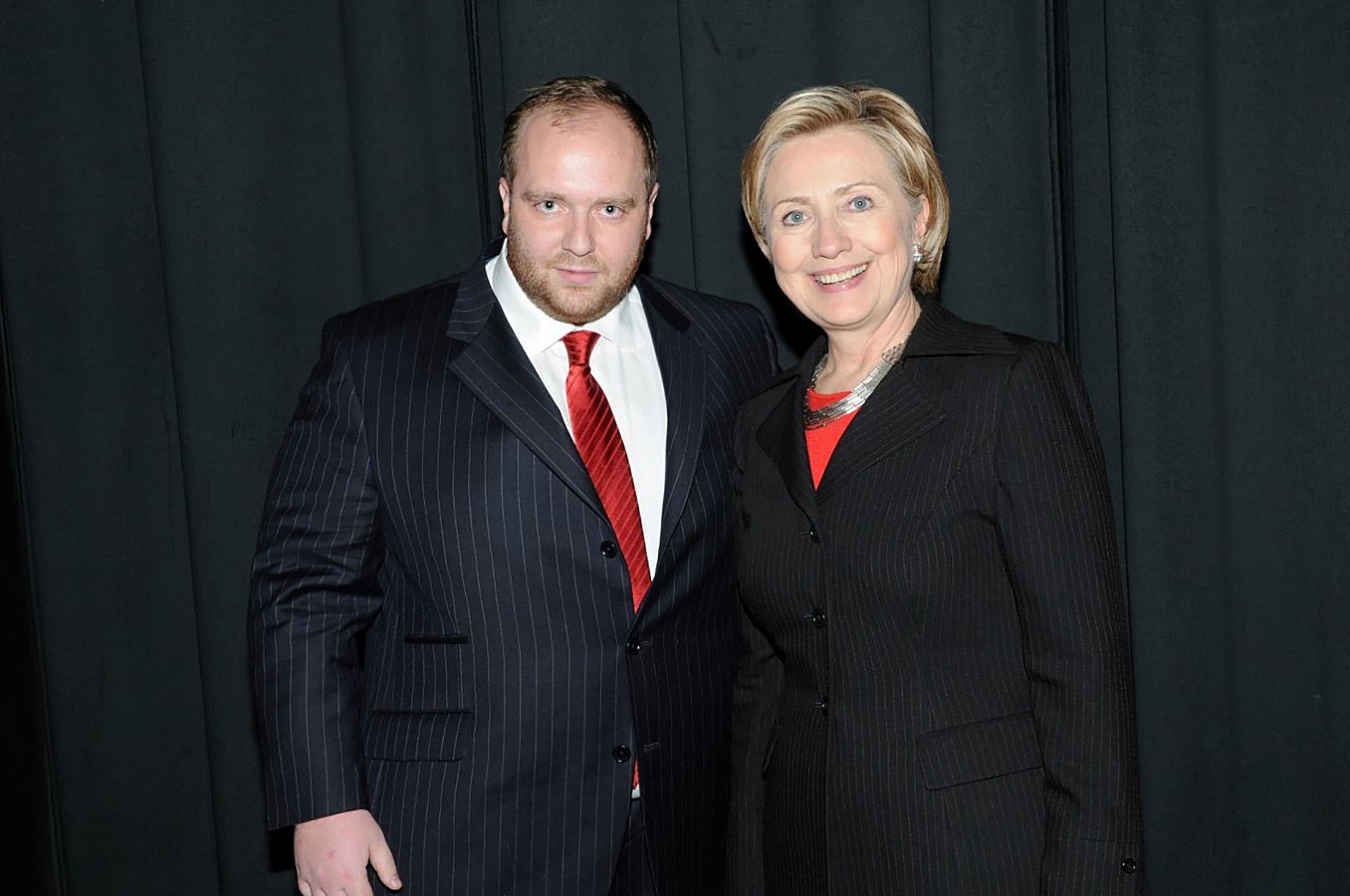 He tells me: “On that deal alone, I made a few million dollars.”

Records of America's Federal Election Commission seen by The Sun show Vitaliy donated more than £100,000 to the Democratic Party and Obama’s campaign funds.

He made 33 separate donations between 2008 and 2012 and has been pictured with Obama as well as former Democratic presidential candidate Hillary Clinton.

On social media he can be seen at functions with actors stars Ben Affleck and Kate Hudson and rocker Jon Bon Jovi.

Married with a son of 13, Vitaliy’s globe-trotting lifestyle included once-a-month parties with beautiful women he says are his friends.

Their destinations include Thailand, Bali, the Maldives and, for Vitaliy’s birthday in February, the Carpathian Mountains of Eastern Europe.

He insists these events are purely for fun and are not commercial opportunities.

For now, at least, the party is over. Vitaliy remains in Dubai following the Butt Squad furore.

Crestfallen, he adds: “I’ve lived my dream life for decades. I’m very sorry it has become public because of an idiotic 30 seconds on a balcony.”