Indian variant cases in Britain surge by 77% with 1,000 extra in just three days – here is the next hotspot 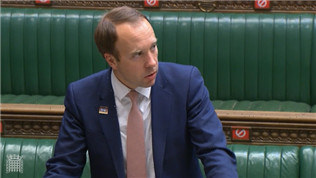 INDIAN variant cases have surged by 77 per cent with a rise of 1,000 infections in just three days, Matt Hancock revealed this afternoon. 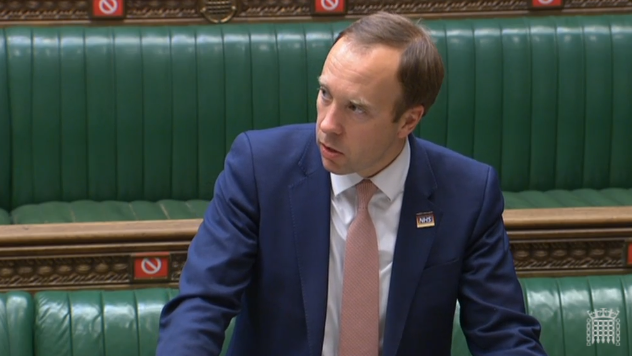 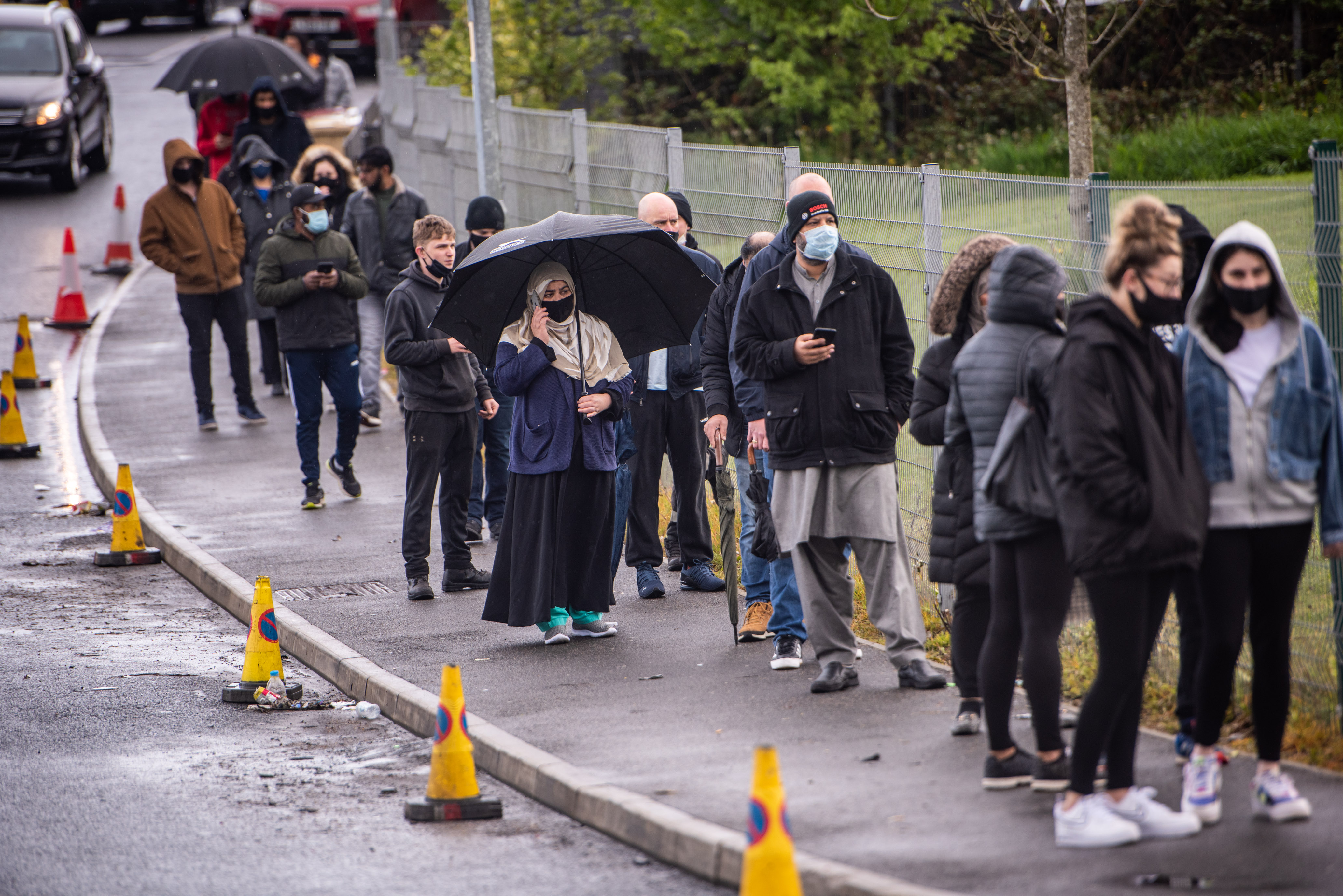 Covid-hit Bolton and Blackburn with Darwen have seen 483 cases of the Indian variant and 27 people hospitalised, with Bedford now on the watchlist as infections rise.

Mr Hancock said: "The next biggest case of concern is Bedford where we are surging testing – and I would urge everybody in Bedford to exercise caution and engage in testing where it is available."

He said there are 86 local authorities with five or more cases of the mutation, but did not specify where they were.

Britain is now seeing more than one in five cases of Covid emerging as the Indian variant, with infections quadrupling in a fortnight.

The Health Secretary told the Commons: "We have been in a race between the virus and the vaccine.

"As a nation we've taken some huge strides forward and we can make careful progress today and we must remain vigilant.

"The vaccination programme can give us confident but we must be alert to new variants."

He warned today the majority of people in hospital in Bolton and Blackburn with Darwen had been offered the vaccine but chosen not to take it.

Mr Hancock also confirmed the mutation is more transmissible than the Kent variant which ripped through the country at Christmas.

Local outbreaks have also been seen in Sefton, Nottingham and Leicester.

The true numbers are likely higher because there is a lag period with detecting cases.

Data to April 24 reveals that in four areas of England, the Indian variant is the most dominant.

There were 1,979 cases of coronavirus across Britain logged today, with five deaths reported.

Jabs will be open to 37-year-olds from tomorrow in a bid to keep the Indian variant at bay.

NHS national medical director Professor Stephen Powis, said: “With well over 30 million first doses of vital protection against coronavirus delivered just six months into the NHS vaccination drive, the NHS is able to open up to 36 and 37 year olds as the programme continues at pace."

Ministers and experts have warned to be cautious when hugging.

Health Secretary Matt Hancock said yesterday: "We should all be careful, we all know the risks, outside is safer than inside – so even though you can, from tomorrow, meet up inside, it's still better to meet up outside.

"I think personal responsibility is an important mantra here because people have been so responsible through the crisis and they've really listened and followed the guidance and instructions that the Prime Minister set out, and that's the approach we should take together."

He said he would hug his parents outside, and try and keep outdoors as much as possible.

The Health Secretary added he would be avoiding indoor pub tables "for the moment", and urged Brits to make sure they keep windows open if going inside.

Step Three in Boris Johnson’s roadmap is the biggest unlocking so far – with indoor dining, hugs, holidays and casual sex back on the cards.

And those happy to brave the rain can meet in groups of up to thirty in a pub garden.

Despite larger numbers allowed to meet outside, social distancing between different groups will be encouraged.

It is the first time since November that all Brits can once again mix inside.

The next biggest case of concern is Bedford where we are surging testing – and I would urge everybody in Bedford to exercise caution and engage in testing where it is available.

He showed viewers that wearing a mask and turning heads away from each other for a quick embrace is the best way to protect each hugger.

Although it's unclear quite how the Indian variant will respond to vaccines, early research coming out of Oxford University found the vaccines are “highly effective”

It comes after experts feared it spreads 60 per cent quicker than the Kent variant that rolled the UK back into lockdown in January.

Jabs will be rolled out to everyone aged 35 and over this week in an all-out effort to stop a new wave derailing the roadmap out of lockdown.

Britain faces a precarious moment as the Indian variant can spread like “wildfire” across unvaccinated groups, he said.

A deluge of extra tests and vaccines are being surged to hotspots to try to stamp out the clusters of infections.

Covid “hit squads” are going door to door urging everyone to get the jab.

Meanwhile, Professor Robert Dingwall, who sits on a subgroup of Sage, told anxious Brits to “keep calm and carry on”.

He told The Sun: "We now have emerging evidence that the vaccines are as protective against the Indian variant as they are against others that have appeared." 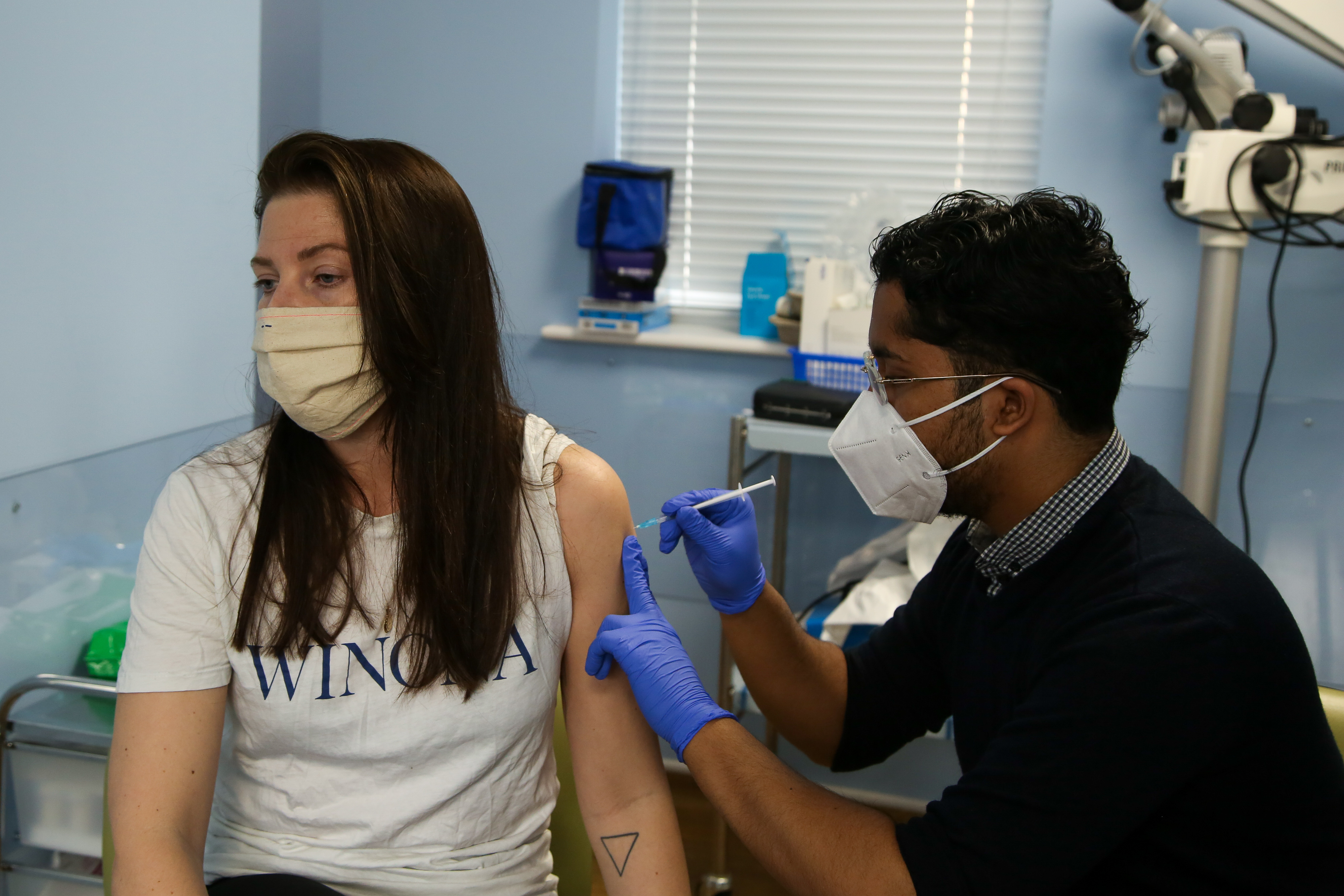 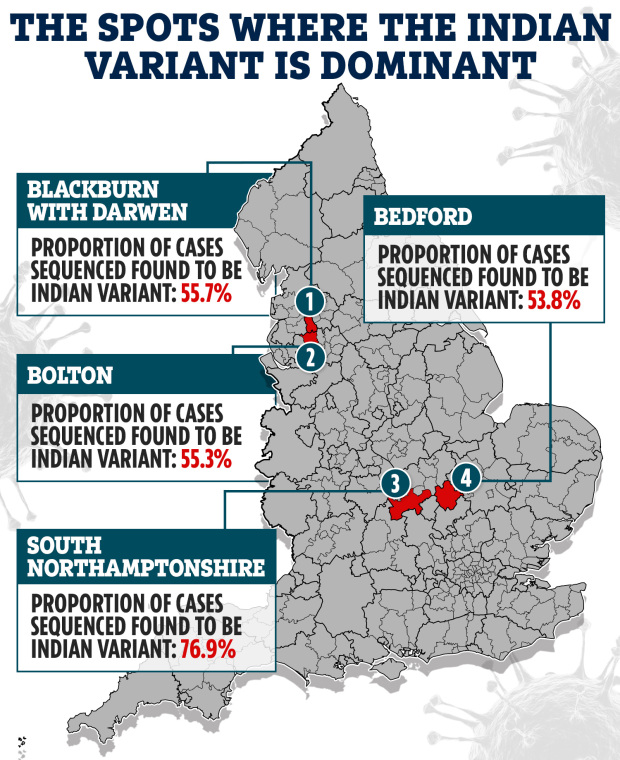