Is Gov. Ron DeSantis a Democrat or Republican?

FLORIDA Governor Ron DeSantis has been one of the most polarizing lawmakers in the United States' battle against Covid-19. 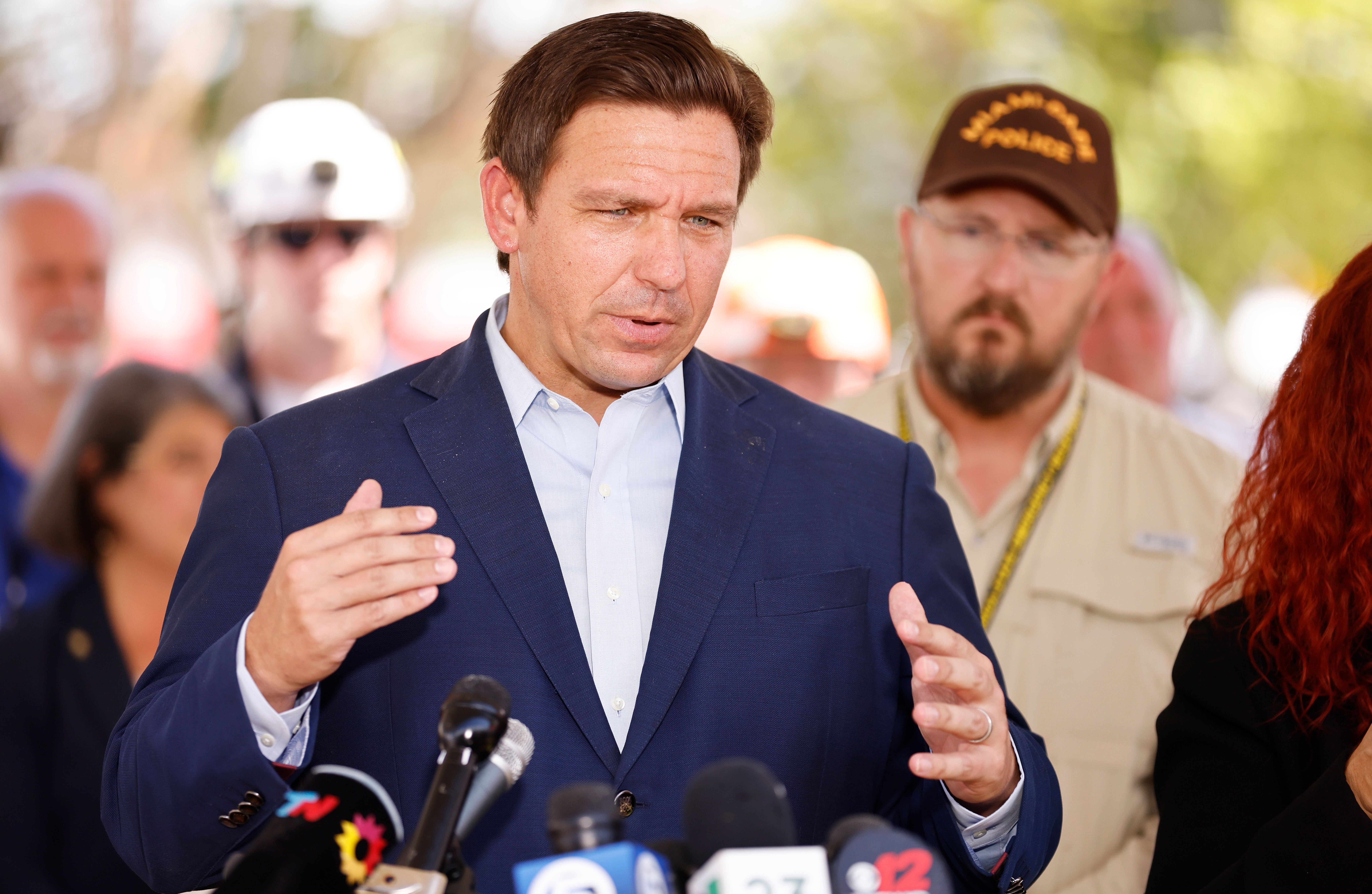 Is Gov. Ron DeSantis a Democrat or Republican?

The Yale and Havard graduate is among the most outspoken members of the Republican Party.

The conservative politician is one of Donald Trump's biggest supporters.

Republicans believe DeSantis could be Trump's pick for vice president if the former president attempts another shot at the White House in 2024.

In fact, Meghan McCain, former anchor on The View, predicts DeSantis would put Vice President Kamala Harris "in the ground" if they were to face off against each other in a presidential election.

On August 2, McCain and moderator Whoopi Goldberg discussed polling data that showed Harris has the lowest approval rating of any VP since the 1970s.

"I think she stumbled when she was running for president. She dropped out before Iowa; she was a very early dropout.

"She wasn't resonating with voters way before President [Joe] Biden was elected.

"The problem for Democrats going into 2024 is if President Biden chooses not to run for reelection, she's just not going to be a strong enough candidate to run for president," McCain continued.

"Ron DeSantis would put her in the ground. I mean, it would be an election for Republicans. Republicans would love nothing more than to run against Vice President Harris."

What is Ron DeSantis' stance on the recent surge of Covid cases?

DeSantis has earned a new nickname as he continues to downplay the resurgent coronavirus pandemic that has affected Florida: the “Pied Piper of Covid-19, leading everybody off a cliff.”

Miami Beach Mayor Dan Gelber assessed the new moniker to the Florida governor as the state continued to set records for new cases and hospitalizations.

According to the CDC, with the highly contagious Delta variant swirling, Florida made up more than 6 percent of the US population accounting for one in five of the country’s new cases, recording 50,997 in the three days to August 3.

Meanwhile, DeSantis, who said the spike is "seasonal" and opposes lockdowns or new restrictions, dismissed the crisis in Florida’s hospitals as “media hysteria”.

“You try to fearmonger, you try to do this stuff,” DeSantis snapped at a reporter who asked him at a press conference in Miami on August 3 when confronted with the state's record-setting Covid hospitalizations of 11,863. 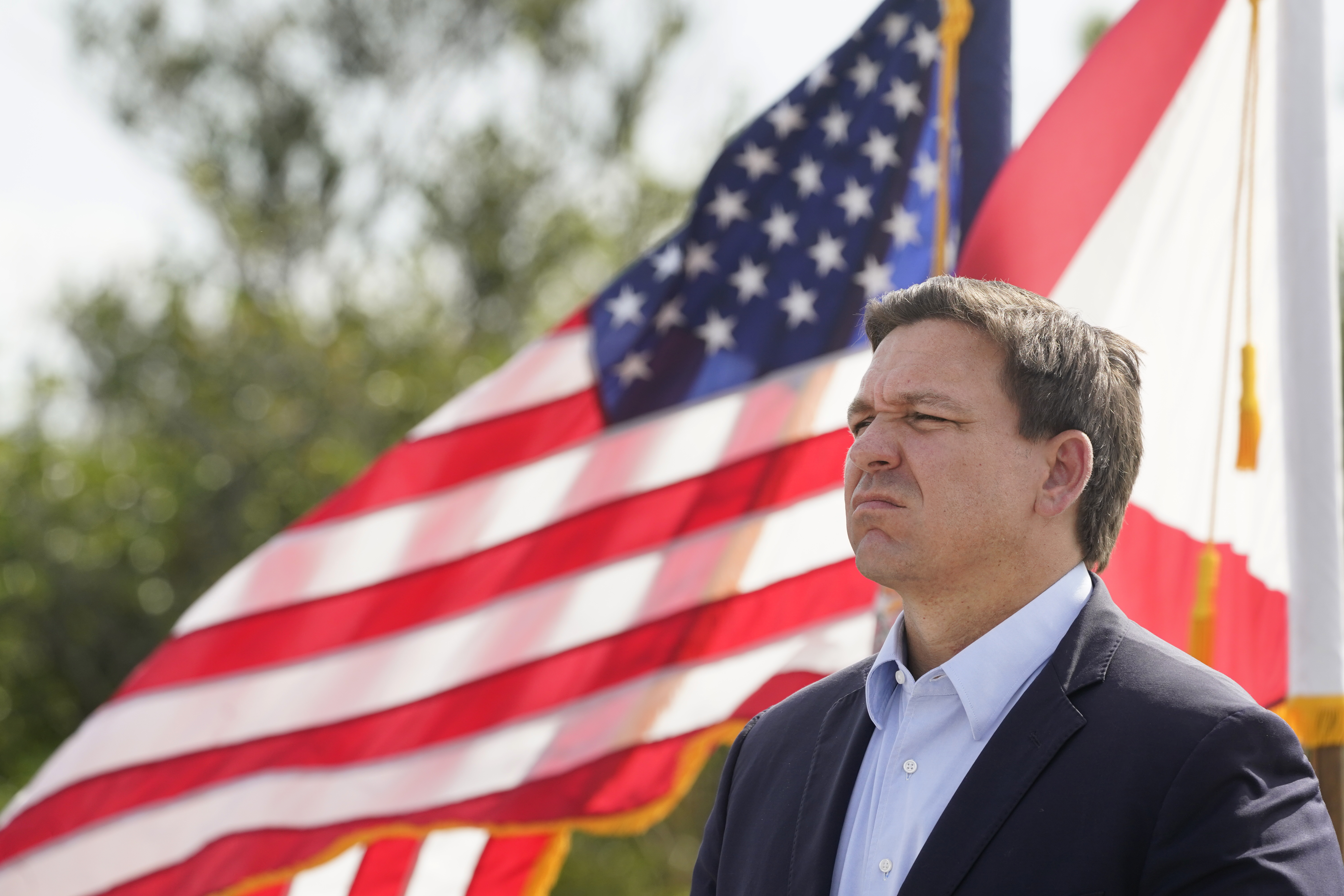 “Our hospitals are open for business. We’re not shutting down. We’re gonna have schools open. We’re protecting every Floridian’s job in this state; we are protecting people’s small businesses.

"These interventions have failed time and time again throughout this pandemic,” he said, referring to mask mandates.

But Gelber said he thought DeSantis’s stance could backfire and end up hurting businesses.

“He’s like the Pied Piper just leading everybody off a cliff right now, letting them know that they don’t have to like the CDC, they don’t have to wear masks, they can do whatever they want in the midst of an enormous pandemic and Florida, by wide margins, is easily the worst state in the country.”

How severely is Covid-19 affecting Florida?