Is Nikki Haley a Democrat or Republican?

NIKKI Haley is a politician who has walked a fine line between allying with former president Donald Trump and distancing herself from him.

She was once a part of Trump's cabinet under his administration. 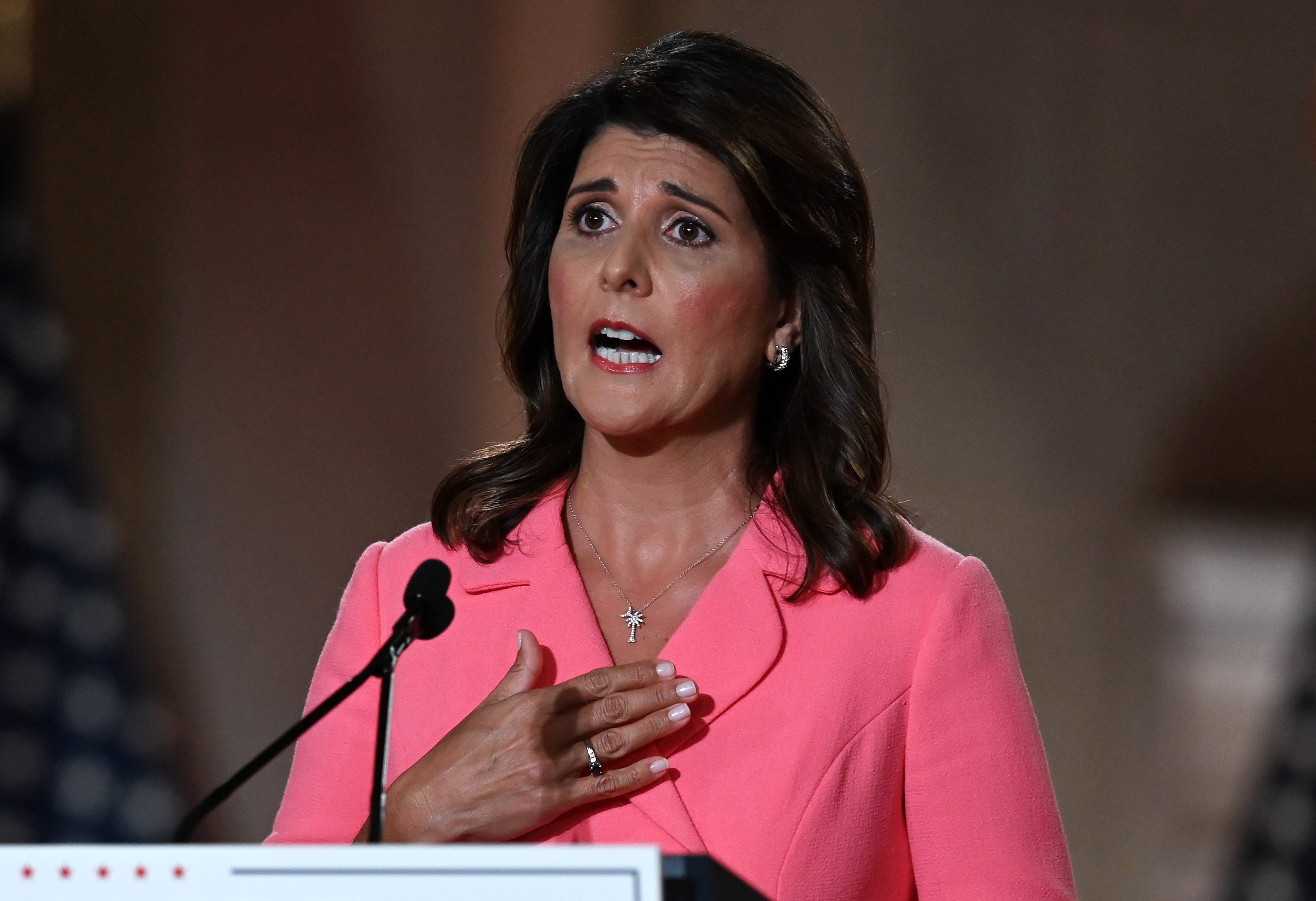 Is Nikki Haley a Democrat or Republican?

Haley, 49, is an American politician who is a member of the Republican Party.

She is a diplomat and author who served as the first female governor of South Carolina from 2011 to 2017.

She was the US Ambassador to the United Nations under former President Trump's cabinet from 2017 to 2018.

At the time, she affirmed the US' willingness to use military force in response to further North Korean missile tests in the wake of the 2017-18 North Korea crisis.

She strongly defended Israel at the Security Council and led the effort to withdraw the US from the United Nations Human Rights Council.

What did Nikki Haley say about the Republican party's future?

While Haley has reportedly voiced opinions suggesting Trump is wrong about some of his claims over a fraudulent election, she is still in support of the former president and possible 2024 candidate.

“[Trump] has the ability to get strong people elected, and he has the ability to move the ball, and I hope that he continues to do that. We need him in the Republican Party. I don’t want us to go back to the days before Trump," Haley said, according to the Wall Street Journal.

As for the future of the Republican party, Haley hopes to use her position to unite the country and steer America away from "self-loathing".

“It’s a pandemic much more damaging than any virus. Every day, more people think living in the land of the free is a curse, not a blessing," said Haley in a copy of her speech shared with WSJ.

She hopes the Republican party can build a society with no discrimination and protected free speech.

Haley added that Trump would never have left US equipment and citizens behind in Afghanistan.

Is Nikki Haley running for president in 2024?

On April 12, Haley said she would not run for the presidency in 2024 if former President Trump mounts another campaign for the White House.

"I would not run if President Trump ran and I would talk to him about it," Haley told the Associated Press.

When asked whether she would support Trump if he ran again, Haley simply responded "yes." 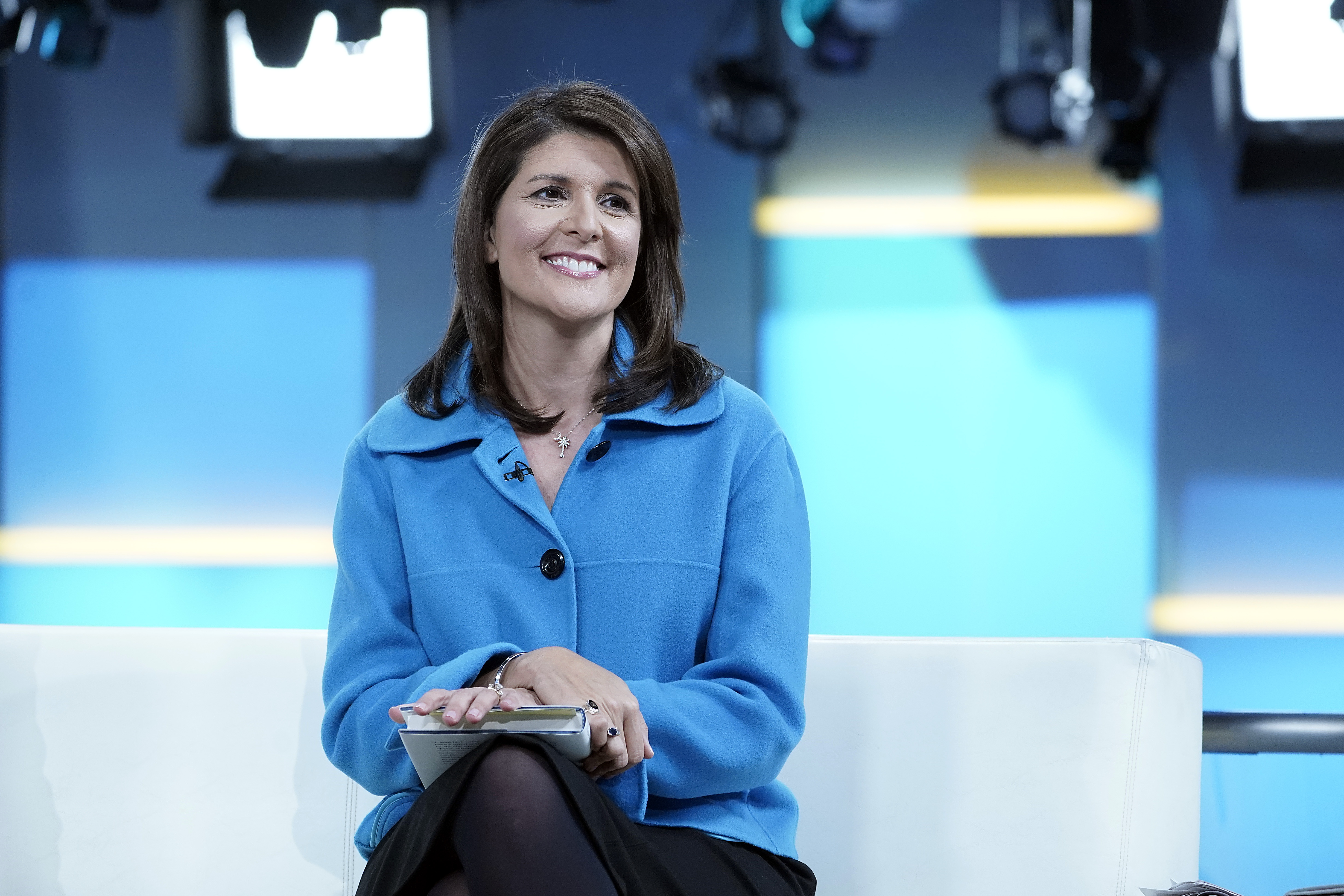 "I had a great working relationship with him, I appreciated the way he let me do my job," Haley added.

"I thought we did some fantastically great foreign policy things together. Look, I just want to keep building on what we accomplished and not watch it get torn down."

Trump has yet to indicate whether he plans to run for president in 2024.

The outgoing president was met by a 21 gun salute along with cheers from his family and supporters as he landed at Joint Base Andrews.

Taking the podium as Hail to the Chief blared, he said it's been an "incredible four years" and insisted "we'll be back."

Who is Nikki Haley's husband Michael?

In January 2012, Haley was shipped out for a year-long tour of duty in Afghanistan, as a captain in the South Carolina Army National Guard. 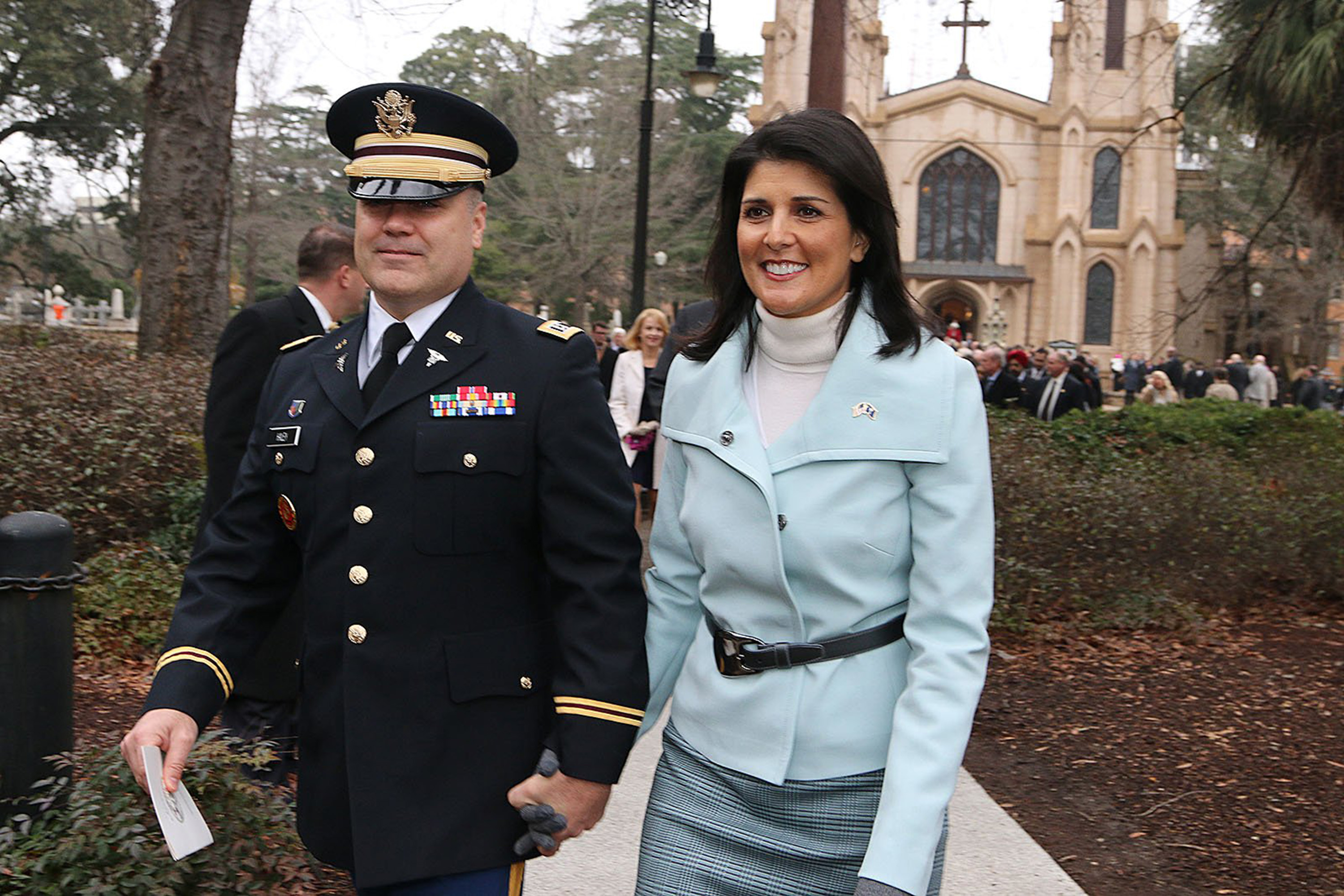 The two married in September 1996, and have two children together, their son Nalin and their daughter Rena.