ISIS butchers have shared a sinister Christmas poster showing a decapitated Santa Claus in a chilling threat to shoppers.

The masked militant is portrayed brandishing a bloody knife in one hand and holding the severed head of Father Christmas in the other. 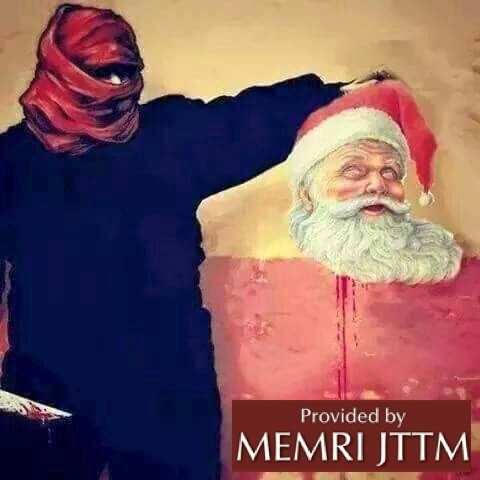 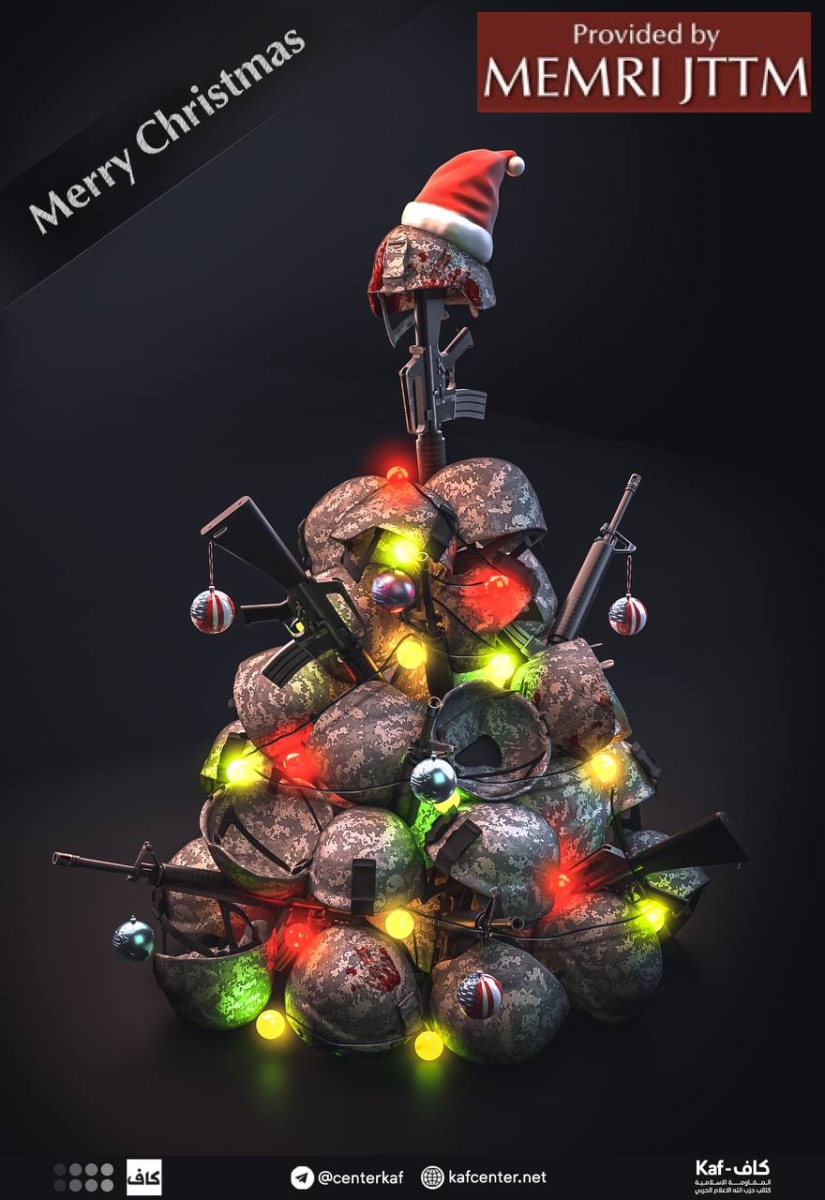 ISIS and its jihadi supporters have been quiet since the collapse of its caliphate in Syrian and Iraq in 2017.

But that appears not to have damped down calls for mass murder among the remaining fanatics.

The latest grotesque call to kill is an echo of its sick snuff videos showing the decapitation of westerners that it used to peddle online.

The poster shows a beheaded Santa, with the text reading: "We send a message to our monotheist brothers in Europe, America, Australia, Canada, Russia, and other countries of unbelief and apostas.

“We say to you, our brothers, oh monotheists, avenge your brothers and sisters who have been killed and captured by these scumbags.

“Attack the citizens of crusader coalition countries with your knives, run them over in the streets, detonate bombs on them, and spray them with bullets.”

Kate Garraway's heartbreaking update on Derek Draper ahead of Christmas

Boris will NOT announce any lockdown restrictions before Christmas

ISIS is “evolving into a new beast” in order to strike the West, a Brit who fought the terrorist group has warned.

Macer Gifford chucked in his job as a currency trader in the City in 2015 and went to Syria to fight the Islamist extremists alongside Kurdish forces.

He warned that despite the collapse of the Caliphate and the loss of almost all its territory ISIS still posed “as much of a threat today” as they went about recruiting fighters.

His chilling warning comes as fanatics attempt to build a new Caliphate in Africa.

“All terrorist groups are quite adaptable, you have seen it happen over the last 10/20 years how Al-Qaeda has operated and how ISIS operates as well.

“I think ISIS want to prove to the world that they will endure, that they are still a threat to the West and still a force to be reckoned with."

The group has been gathering momentum across the world as splinter groups that swear allegiance to ISIS attempt to gain a foothold in a number of locations, including India, Congo and Mozambique. 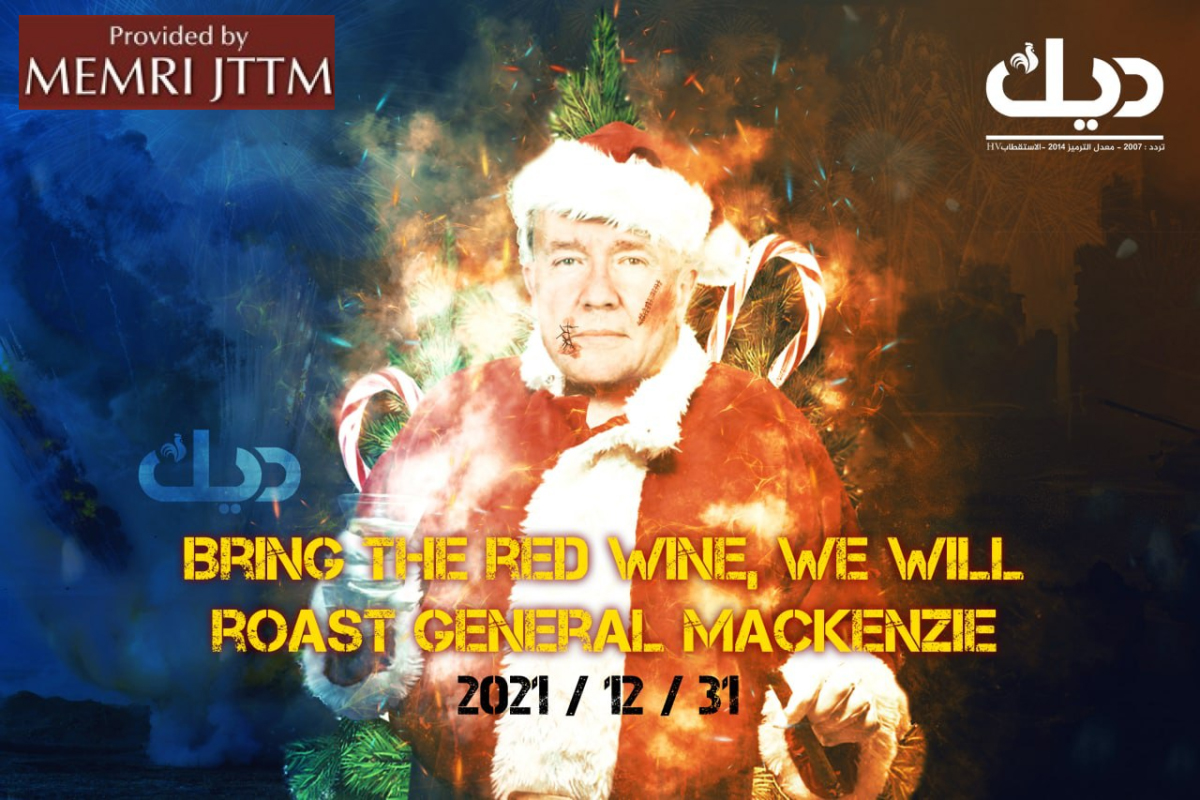 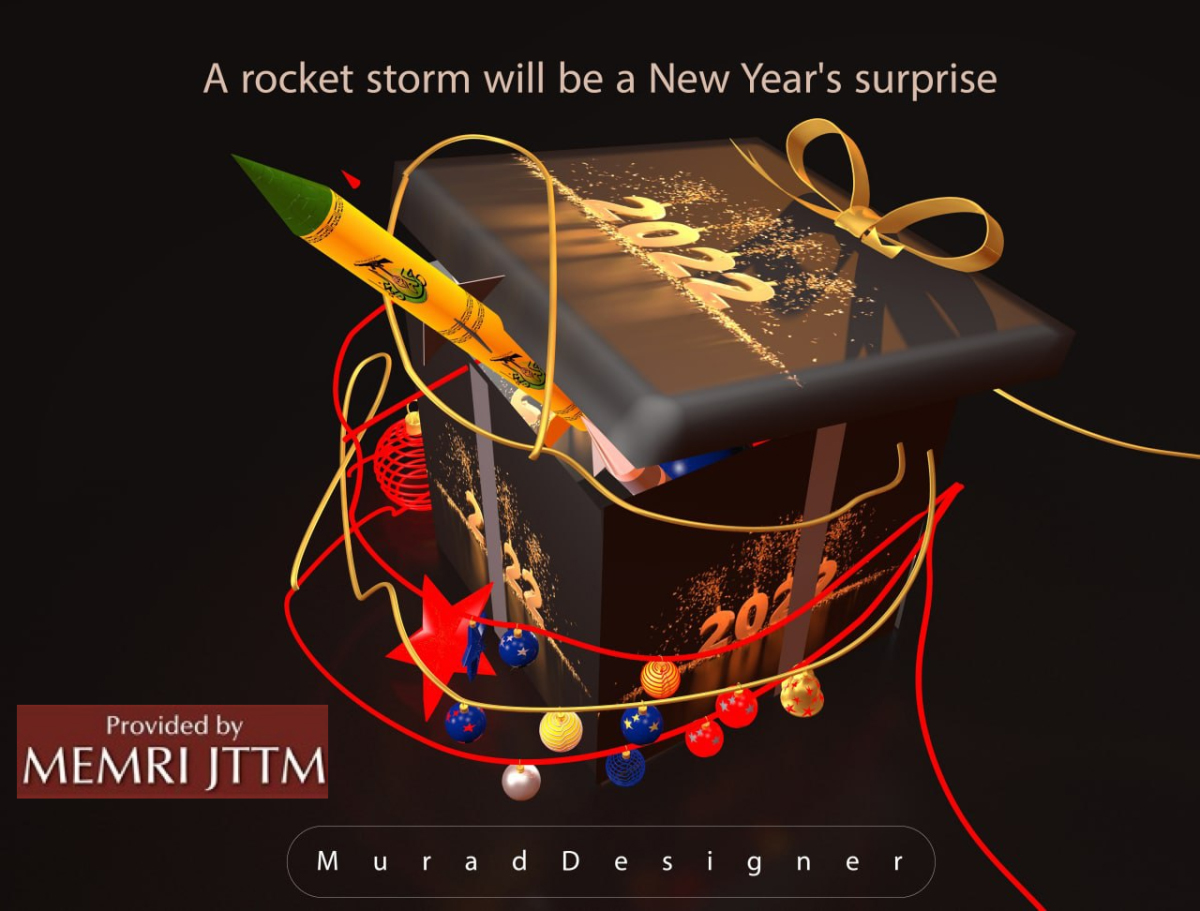