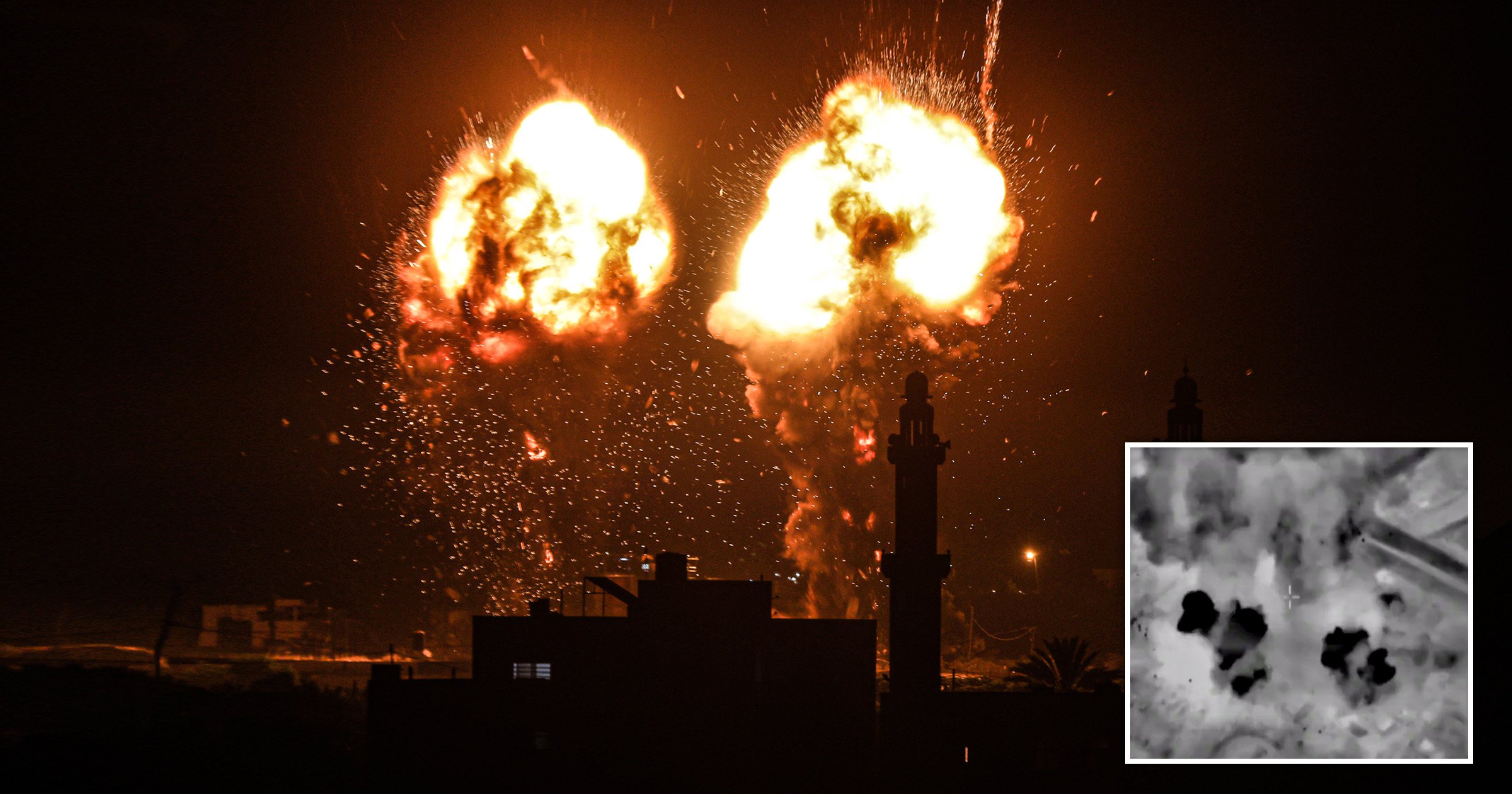 Israel airstrikes have hit Gaza for first time since a ceasefire ended 11 days of violence that killed more than 200 people.

Huge explosions were heard in Gaza City in the early hours of Wednesday.

Israel’s military said the attacks were a response to the launching of incendiary balloons that caused 20 fires in fields in the south of the country.

In a statement, the military added that it was ‘ready for all scenarios, including renewed fighting in the face of continued terrorist acts emanating from Gaza’.

A Hamas spokesman said Palestinians would continue to pursue their ‘brave resistance and defend their rights and sacred sites’ in Jerusalem. 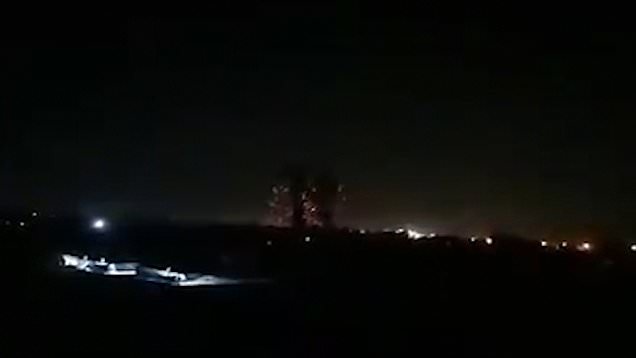 It comes after thousands of Israeli far-right nationalists took part in a flag-waving march through occupied East Jerusalem in a show of force that threatened to spark renewed violence.

At one point, several dozen youths, jumping and waving their hands in their air, chanted: ‘Death to Arabs!’

In another anti-Arab chant, they yelled: ‘May your village burn.’

Palestinians in Gaza responded by launching incendiary balloons that caused at least 20 fires in southern Israel. 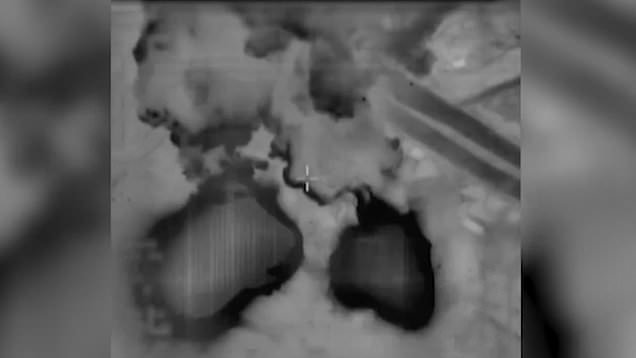 It is the first major flare-up since 11 days of fighting between the two sides ended in a ceasefire on 21 May.

He previously said the government there couldn’t tolerate incendiary balloons – and must retaliate as if Hamas had fired rockets into Israel.

Palestinians consider the march, meant to celebrate Israel’s capture of east Jerusalem in 1967, to be a provocation.

In a scathing condemnation on Twitter, Foreign Minister Yair Lapid said those shouting racist slogans were ‘a disgrace to the Israeli people’, adding: ‘The fact that there are radicals for whom the Israeli flag represents hatred and racism is abominable and unforgivable.’

Ahead of the march, Israeli police cleared the area in front of Damascus Gate, shut down roads to traffic, ordered shops to close and sent away young Palestinian protesters.

Police said officers arrested 17 people suspected of involvement in violence, some of whom threw rocks and attacked police, and that two police officers needed medical treatment.

Palestinians said five people were hurt in clashes with police.

Israeli media reported the military was on heightened alert in the occupied West Bank and along the Gaza frontier. Batteries of Israel’s Iron Dome rocket-defence system were seen deployed near the southern town of Netivot, near the Gaza border, as a precaution.

Israel annexed East Jerusalem after the 1967 war and considers the whole area to be part of its capital, but this is not internationally recognised.

Palestinians want East Jerusalem to be the capital of a future state that would include the West Bank and Gaza.