It’s official: the Southern is the world’s fifth ocean

Washington: For the first time in the more than 100 years that National Geographic Society has mapped the world’s oceans, it will recognise five oceans.

The organisation announced this week that it will recognise the Southern Ocean, a body of water that encircles Antarctica and runs along Australia’s southern coast near Victoria and Tasmania, as the world’s fifth. 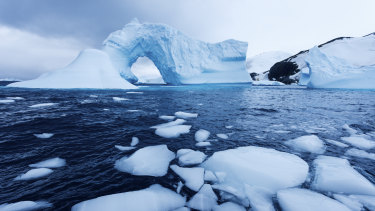 But at least in the international scientific community, there hasn’t always been complete agreement on the name and boundary of this body of water.

National Oceanic and Atmospheric Administration officials said the federal agency recognised the body as the fifth ocean in 1999, when the US Board on Geographic Names approved the name “Southern Ocean.”

When the boundaries of the ocean were proposed in 2000 to the International Hydrographic Organisation (IHO), which tracks and charts the world’s seas and oceans, not all IHO member countries were in agreement, according to NOAA.

The IHO is one of National Geographic’s main references, among other sources, for consulting on place names. 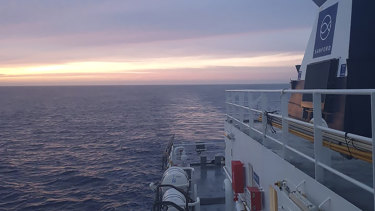 A fishing boat in the Southern Ocean. Credit:AP

Tait said that while National Geographic has labelled the ocean on its maps before, it came with a disclaimer about the lack of broad agreement.

“But we thought it was important at this point to officially recognise it,” he said.

“People look to us for geographic fact: How many continents, how many countries, how many oceans? Up until now, we’ve said four oceans.”

That’s key for educational purposes, too, he said.

National Geographic has a geography education program and provides online materials to schools and the general public.

“We think it’s really important from an educational standpoint, as well as from a map-labelling standpoint, to bring attention to the Southern Ocean as a fifth ocean,” Tait said. 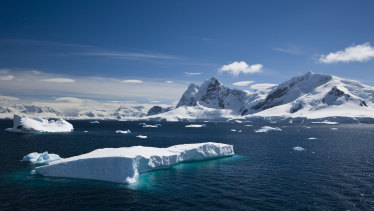 A tabular iceberg floating within Paradise Harbour, Antarctica, in the Southern Ocean.Credit:Getty

“So when students learn about parts of the ocean world, they learn it’s an interconnected ocean and they learn there’s these regions called oceans that are really important and there’s a distinct one in the icy waters around Antarctica.”

How the Southern Ocean becomes part of common knowledge and learning can be a somewhat organic process, Tait said, “boosted by reference organisations like National Geographic.”

The water body extends from Antarctica’s coast to 60 degrees south latitude, according to NOAA. National Geographic said it will also use 60 south latitude as its northern limit, excluding the Drake Passage and the Scotia Sea.

Enric Sala, National Geographic’s “explorer in residence,” described the Southern Ocean as a distinct water body characterised by the powerful Circumpolar Current that flows eastward, “perpetually chasing itself around Antarctica.”

He referred to the body as an “oceanic ring at the end of the world that connects the Pacific, Atlantic and Indian oceans.” 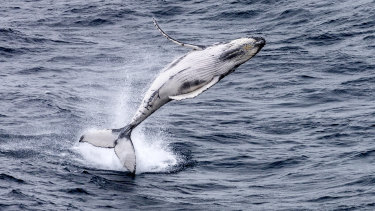 A juvenile Humpback whale in the Southern Ocean. Credit:Dallas Kilponen

Frank Nitsche, a marine geologist and geophysicist at Columbia University’s Lamont-Doherty Earth Observatory, said as a research scientist who works around Antarctica, “we do use the term Southern Ocean.”

“But I was always a little unclear how official it is,” Nitsche said.

He said National Geographic’s announcement was significant because it’s a “mapping standard for a lot of other atlases and maps out there.”

“Maybe in the science community it was used, even without a strong definition, like a boundary” Nitsche said. “But I think in the general public, there’s maybe not a common understanding.”

Tait and Sala said the recognition could raise awareness about the water body’s role in the changing climate.

The Southern Ocean, Sala wrote, “contains areas that are warming the fastest on Earth, such as the Antarctic Peninsula.” The sea ice on the Southern Ocean plays a role in determining ocean circulation and weather patterns, Sala said, and further warming of the ocean could “disrupt the global climate.”

“This is a great opportunity to raise the profile of this vital region and raise awareness about the threats affecting it, and the solutions.”