A telly-addict Jack Russell loves watching daytime TV so much she howls – every time she hears the theme song to Countdown.

David-Joe Williams owns Hollie the howling pooch, and says he has no idea why she has that reaction to the iconic jingle.

The 14-year-old Jack Russell will wait patiently until the end of the countdown, the howl in tune with the final note – every single time.

David-Joe, from Ilfracombe, Devon, said Hollie has done it since she was a puppy, and has now shared a video of the hilarious reaction.

He said: ‘We have no idea why she does it, but it always makes us laugh.

‘It had become pretty normal to us but I thought other people might find it amusing. 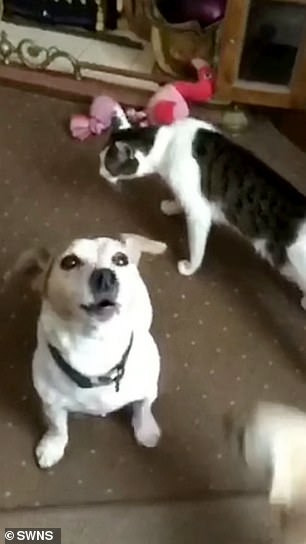 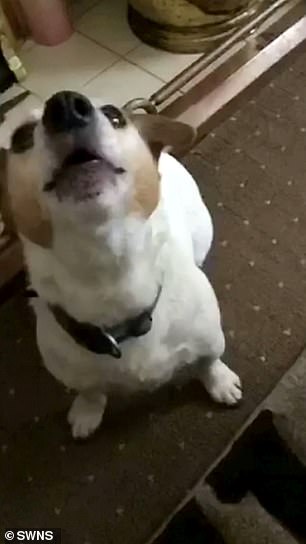 A cat scoots around Hollie as she howls along with the Countdown theme tune. The family say the Countdown howling is normal behaviour to them now

‘I filmed her doing it a few times and put one of the clips on Facebook. It has now had more than 42,000 views.

‘In one of the clips I only had to play her a recording of the Countdown clock and she still howled.’

David-Joe, whose family run the St James Dairy convenience shop in Ilfracombe, said they don’t even watch Countdown too often. 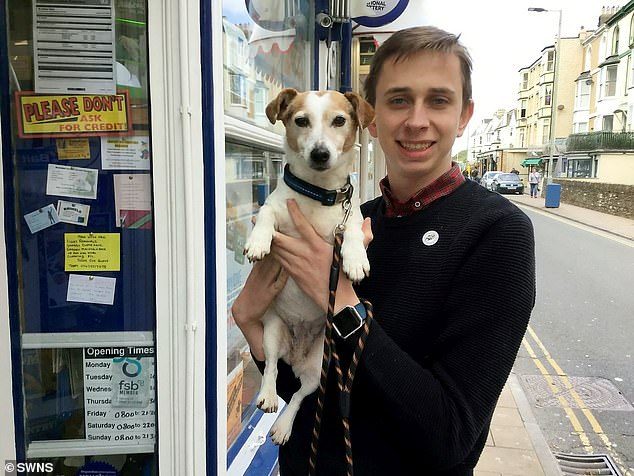 Hollie the Jack Russell with her owner David-Joe Williams in Ilfracombe, Devon

He said: ‘We’ll watch it if it’s on, but we’re not exactly massive fans.

‘We watch ‘8 Out of 10 Cats does Countdown’ more, and Hollie reacts the same way to that.

‘There must be something about that music she loves.’ 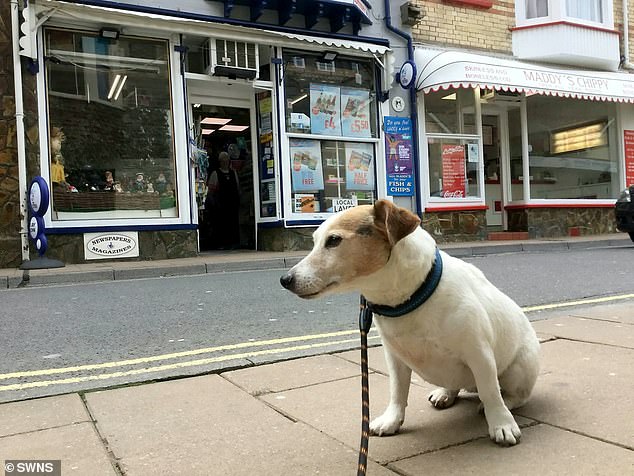 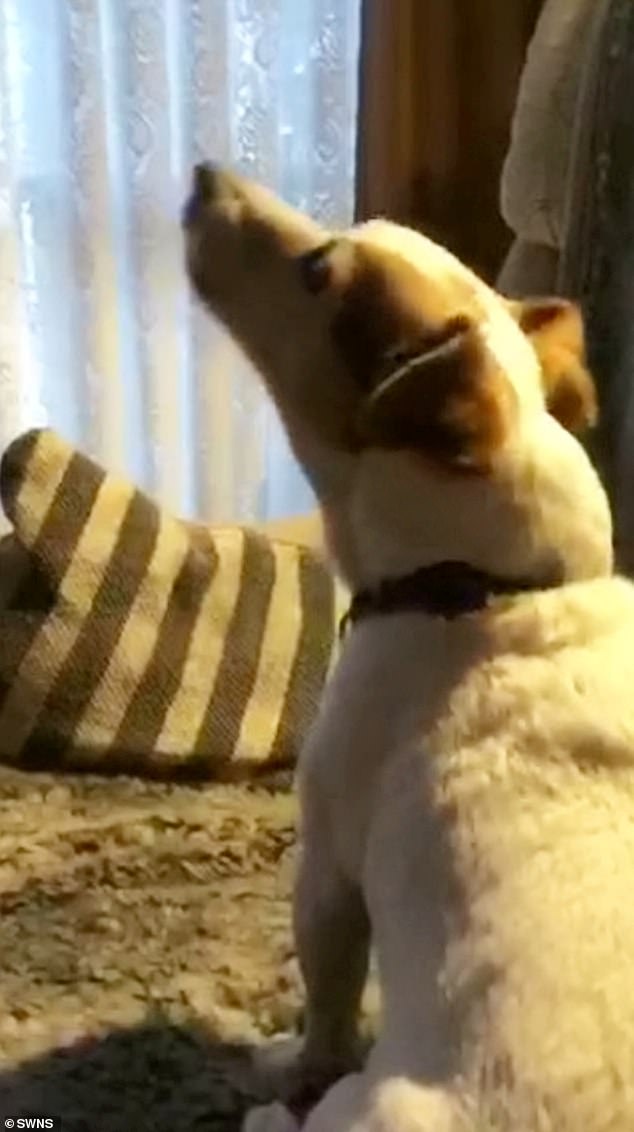