The celebrity chef, 46, led a march on Downing Street on Friday to protest at a government decision to delay a ban on buy-one-get-one-free offers on fattening junk food. 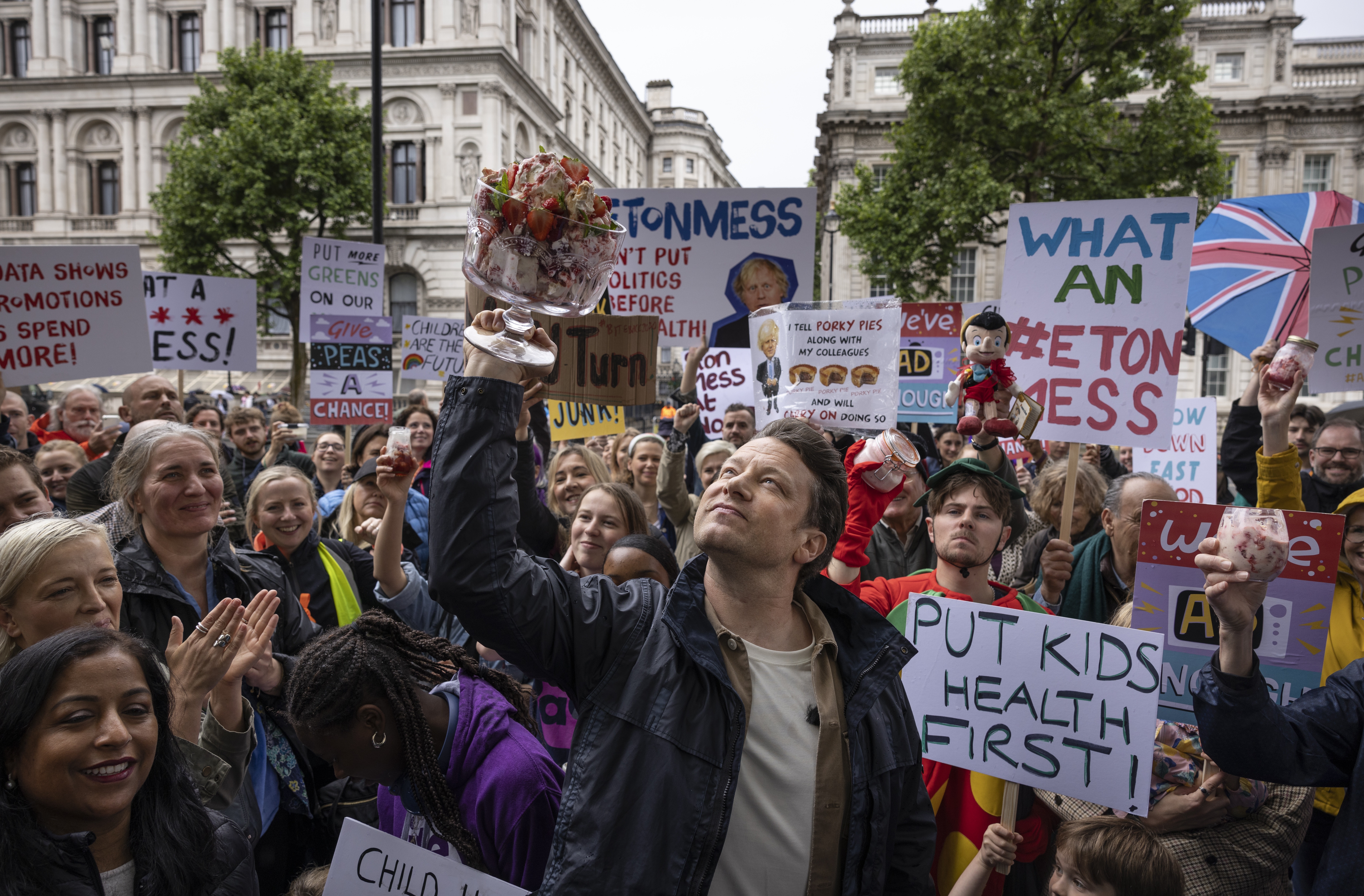 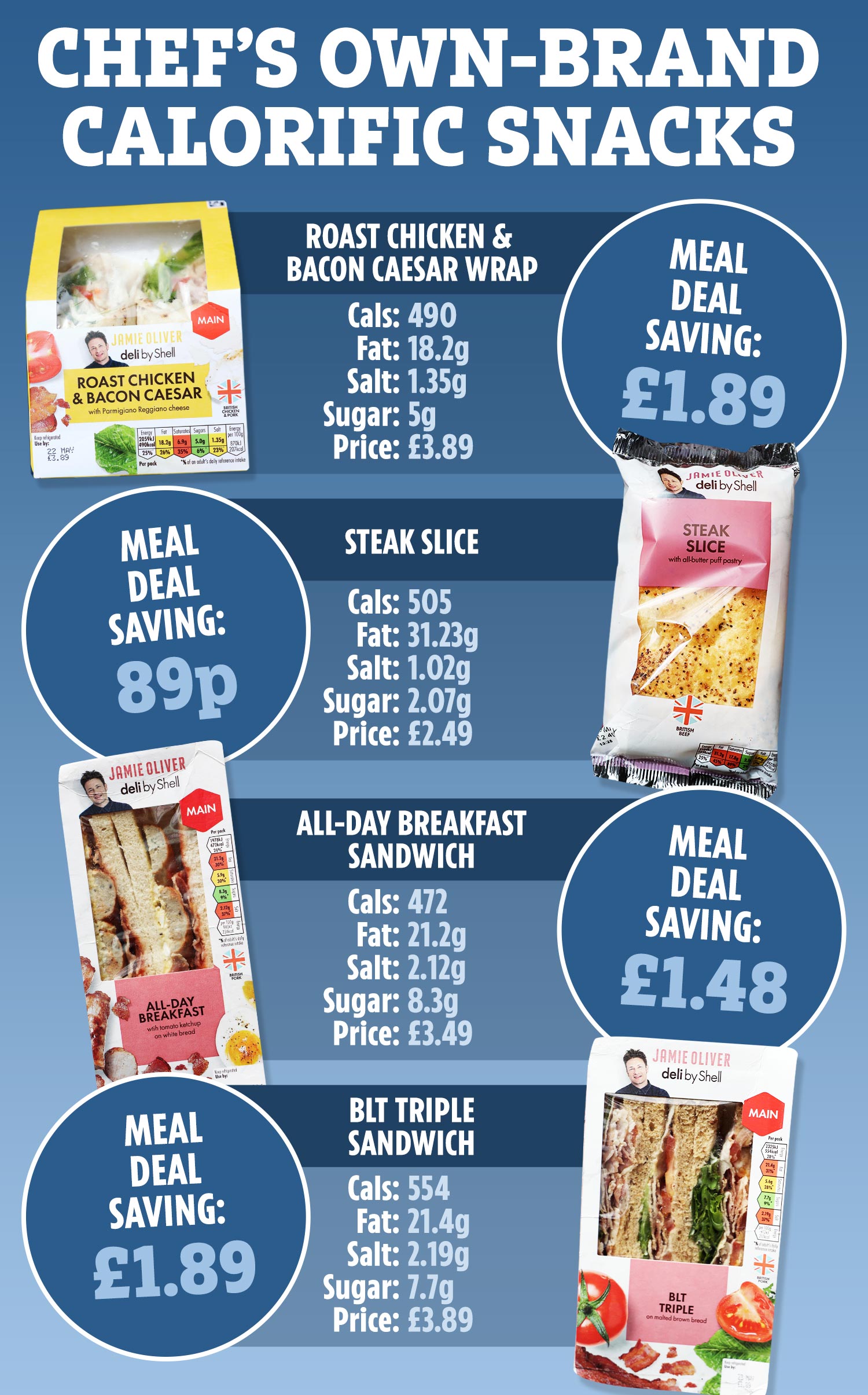 But his Jamie Oliver Deli range sold at Shell filling stations includes a BLT triple sandwich that comes in at 554 calories — the same as a Big Mac.

Buying it as part of a £4.99 Shell meal deal with a bag of salty crisps and a sugary drink would save £1.89 — but the total calories would be about half an adult’s recommended daily intake.

Other items such as an all-day breakfast sandwich, a roast chicken and bacon caesar wrap with parmigiano reggiano cheese, as well as all-butter puff pastry steak slices or sausage rolls, are also offered as part of money-saving deals.

The deli range includes healthier options such as veggie couscous and wraps — but we struggled to find them. 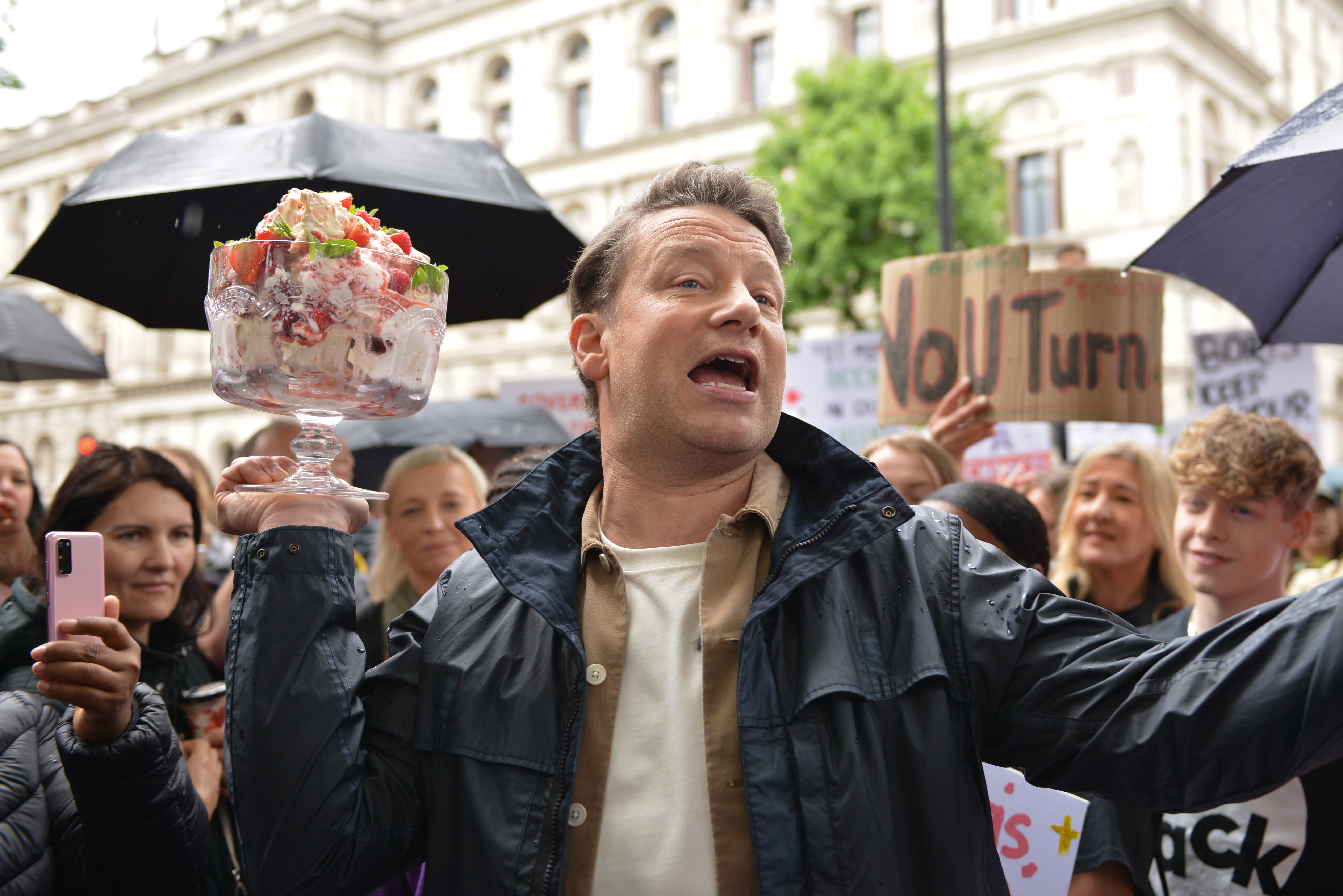 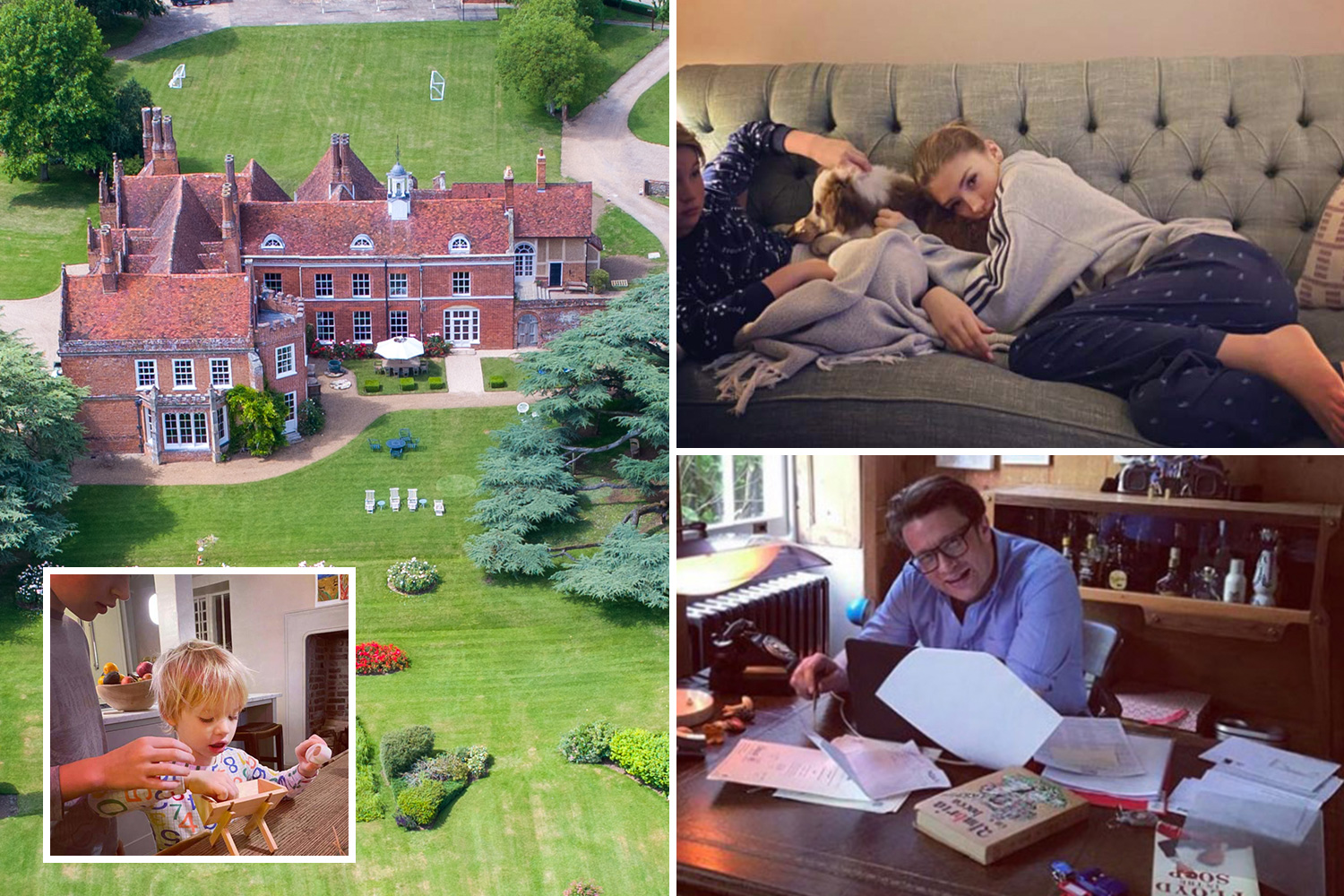 BACK DOWN TO EARTH

Jamie, who waved an Eton Mess dessert at the protest to symbolise the state the Government was in, has already faced flak over his £5million tie-up with the oil giant while preaching about climate change.

He shrugged it off by saying that all his clients “have their own baggage”.