In a boost for the Daily Mail’s campaign to fix the crisis, the Health Secretary pledged to ‘leave no stone unturned’ in improving supplies of hormone replacements.

Thousands of women have been unable to obtain the therapy for menopause symptoms such as low mood, brain fog and hot flushes. 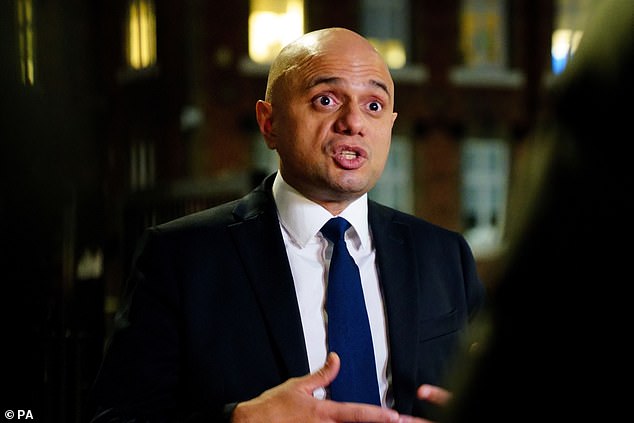 Mr Javid and Madelaine McTernan, the new head of the HRT supply taskforce, met representatives of the supply, wholesale and community pharmacy sector.

Prescriptions for HRT have more than doubled in England over the past five years, according to NHS data, leading to a huge shortage.

Mr Javid’s meeting came after one London-based drugs firm, Theramex, which makes hormone gels, claimed he had failed to act after being warned about the shortages last October.

Tina Backhouse, the company’s UK general manager, told the Daily Telegraph: ‘We did speak to the Department of Health about it, about how to [fix this issue in October]. But the problem was, all people wanted to talk about was Covid.’ 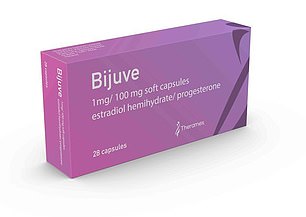 Mr Javid said: ‘I want to continue to reassure women that I am listening to their concerns.

‘Meeting with key stakeholders and suppliers is one of many steps we are taking to ensure women can access the HRT they need.

‘We will leave no stone unturned in our mission to boost supply of HRT. Along with appointing Madelaine McTernan as head of the HRT taskforce to implement lessons learned from the pandemic, and ensuring prescriptions are issued in shorter cycles for now, we are working collectively with the sector to urgently resolve this issue.’

On Saturday, the Daily Mail launched a manifesto calling for urgent changes to the way HRT medication is prescribed, processed and distributed.

It also demands an immediate curriculum change, making it mandatory for medical students to be taught about the menopause, and for women to be given menopause information at NHS health checks.

Many women’s symptoms have been so bad they have lost jobs or felt suicidal. Others have been forced to pay up to eight times the NHS price for HRT products at private online pharmacies or drive hours battling a postcode lottery to try to find their medication.

Jane Pangbourne, founder of the HRT Truth Collective, said: ‘We in the menopause support community have all been working very hard to help those who want to access HRT and, more recently, the Mail’s menopause manifesto has been a big part of this.’