Supreme Court Justice Ruth Bader Ginsburg was buried on Tuesday in a private ceremony at Arlington National Cemetery, laid to rest beside her husband and near some of her former colleagues on the court.

Washington last week honored the 87-year-old Ginsburg, who died Sept. 18, with two days where the public could view her casket at the top of the Supreme Court’s steps and pay their respects. On Friday, the women’s rights trailblazer and second woman to join the high court lay in state at the U.S. Capitol, the first woman to do so.

Already the capital is looking ahead to confirmation hearings expected to begin October 12 for Amy Coney Barrett, whom President Donald Trump announced Saturday as his nominee for Ginsburg’s seat. Barrett was meeting with senators on Tuesday. 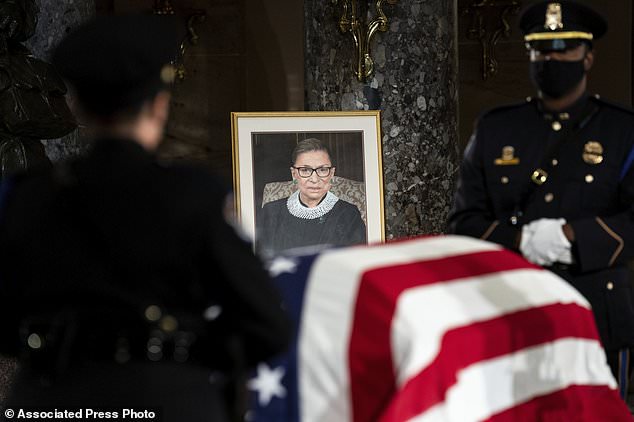 The flag-draped casket of Justice Ruth Bader Ginsburg lies in state in the U.S. Capitol on Friday, Ginsburg died at the age of 87 on September 18 and was the first women to lie in state at the Capitol 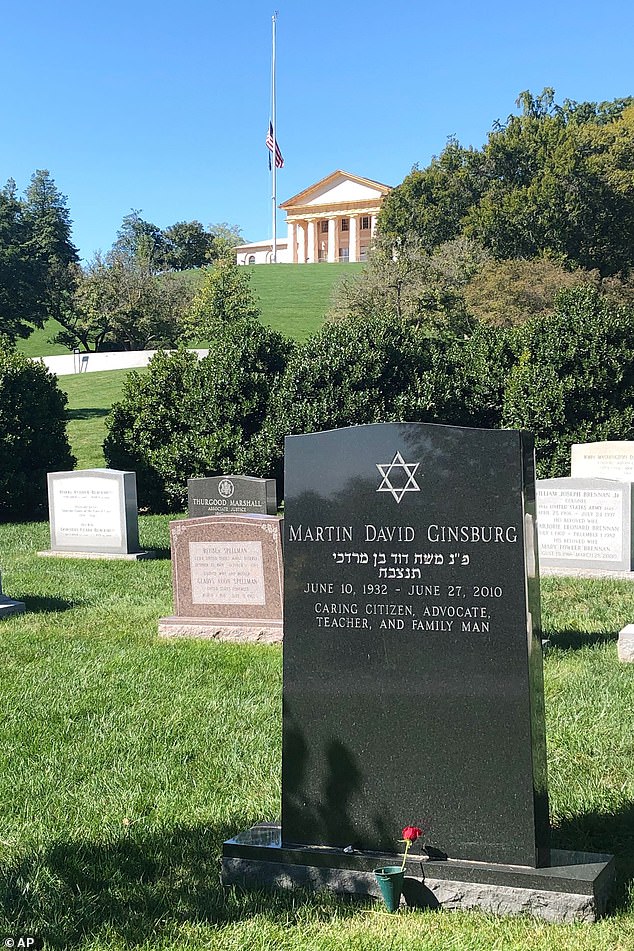 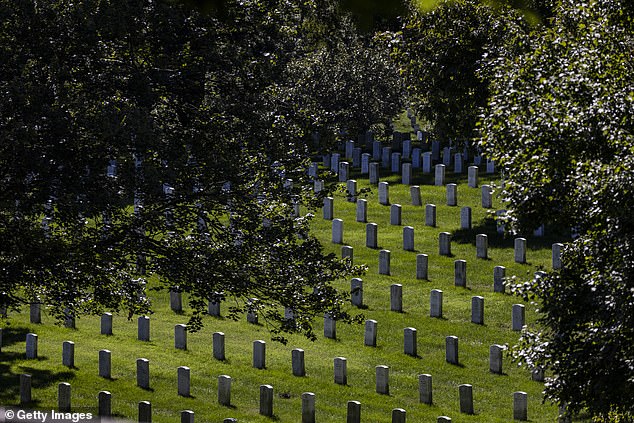 Arlington, just over the Potomac River from Washington, is best known as the resting place of approximately 400,000 service members, veterans and family members. But Ginsburg is the 14th justice to be buried at the cemetery.

Ginsburg’s husband Martin Ginsburg was buried at the cemetery in 2010 following his death from cancer.

He had served in the Army as an artillery school instructor at Fort Sill in Oklahoma when the couple were newlyweds.

The couple was married for 56 years and had two children. The justice had kept the framed, folded flag from her husband’s casket in her office at the court. 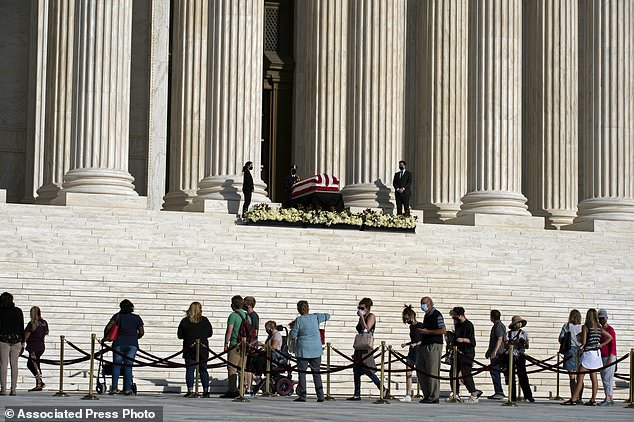 Mourners pay their respects as Justice Ruth Bader Ginsburg lies in repose under the Portico at the top of the front steps of the U.S. Supreme Court building last Wednesday

While the cemetery is known for its rows of white headstones, the section where the Ginsburgs are buried, called Section 5, is an older section of the cemetery where markers chosen by families are allowed, and their headstone is black, with a Star of David at the top.

The gravesite is just below the final resting place of former President John F. Kennedy. The Lincoln Memorial and Washington Monument are in the distance. Nine other justices are buried in that section, including three that Ginsburg served with.

Other justices buried at the cemetery include President William Howard Taft, who served as chief justice after he was president, and Thurgood Marshall, the civil rights champion who argued the landmark Brown v. Board of Education school desegregation case and became the court’s first black justice when he joined the bench in 1967.

Harry Blackmun, the author of the 1973 Roe v. Wade decision establishing a woman´s right to an abortion, is buried next to Marshall in Section 5. 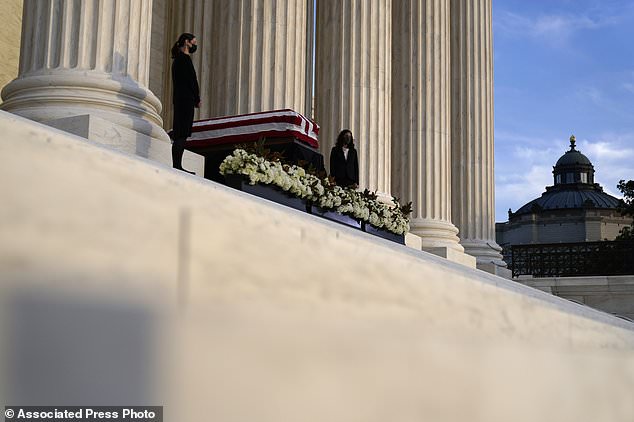 The flag-draped casket of Justice Ruth Bader Ginsburg lies in repose under the Portico at the top of the front steps of the U.S. Supreme Court building last Wednesday 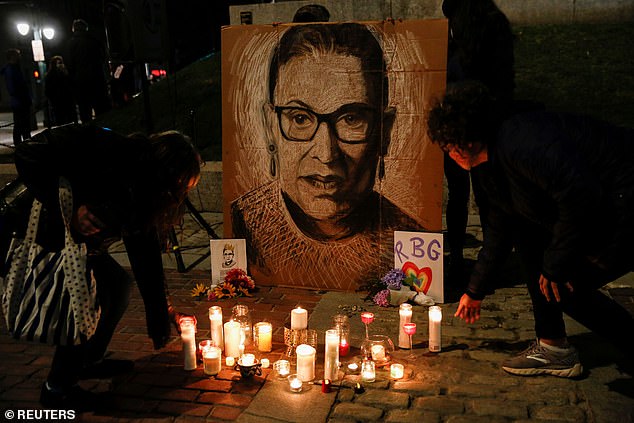 The late U.S. Supreme Court Justice Ruth Bader Ginsburg is mourned during a vigil in Monument Square in Portland, Maine