Kim Jong-un has a fresh defence against assassination, building several new mansions in his ‘forbidden city’ so his enemies can never know where he’s sleeping.

New analysis revealed eight new luxury houses have been built in the Ch’angkwangsan Compound, a secretive estate at the heart of Pyongyang.

Michael Madden, an expert on the country’s elite who runs the blog, said one potential reason for the construction was to make a ‘decapitation strike’ harder.

He said: ‘This would be an attack from outside the country targeting the North Korean leadership, along with command and control over its military assets.

‘The most significant activity occurred about ten years ago when South Korean forces simulated such an attack – and it sent Pyongyang into a tizzy.’ 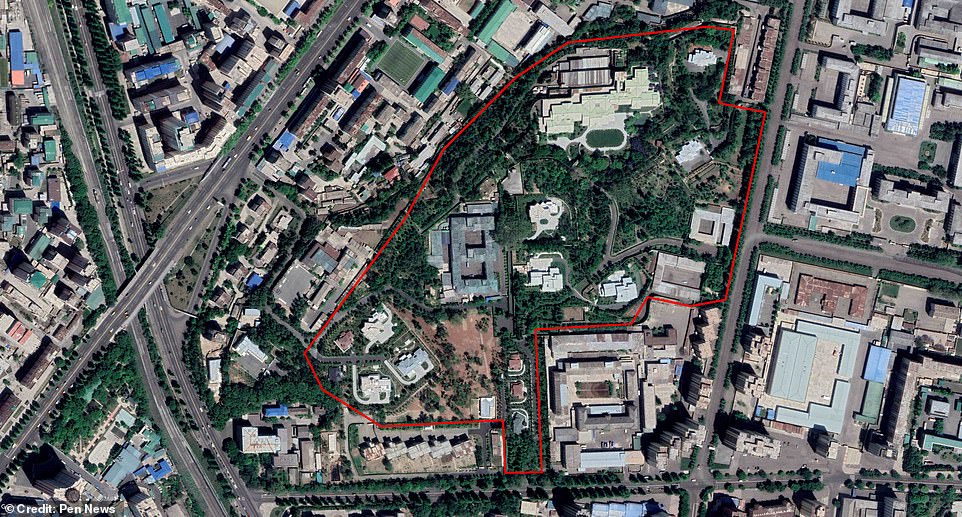 New analysis revealed eight new luxury houses have been built in the Ch’angkwangsan Compound, a secretive estate at the heart of Pyongyang (pictured) 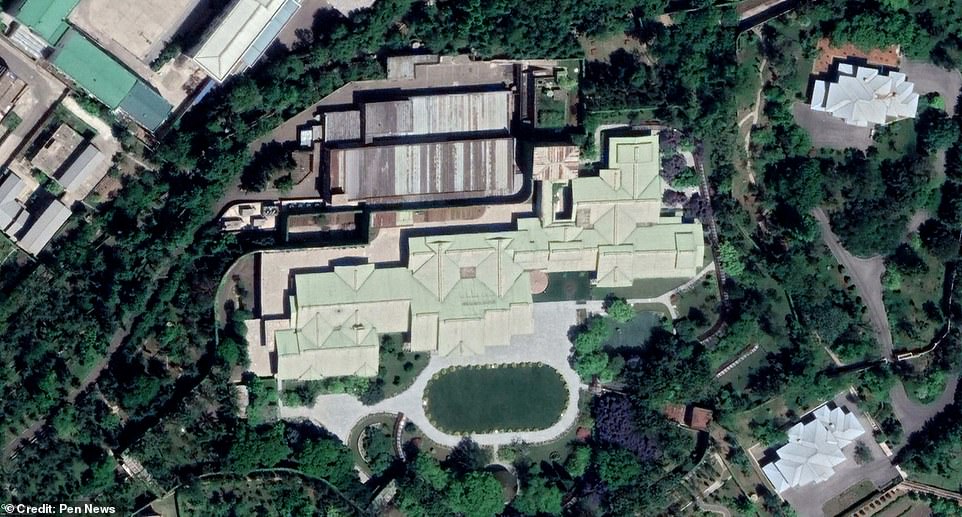 Photo shows Ch’angkwansan House, a mansion in the north of the compound, where dictator Kim Jong-un spent part of his childhood 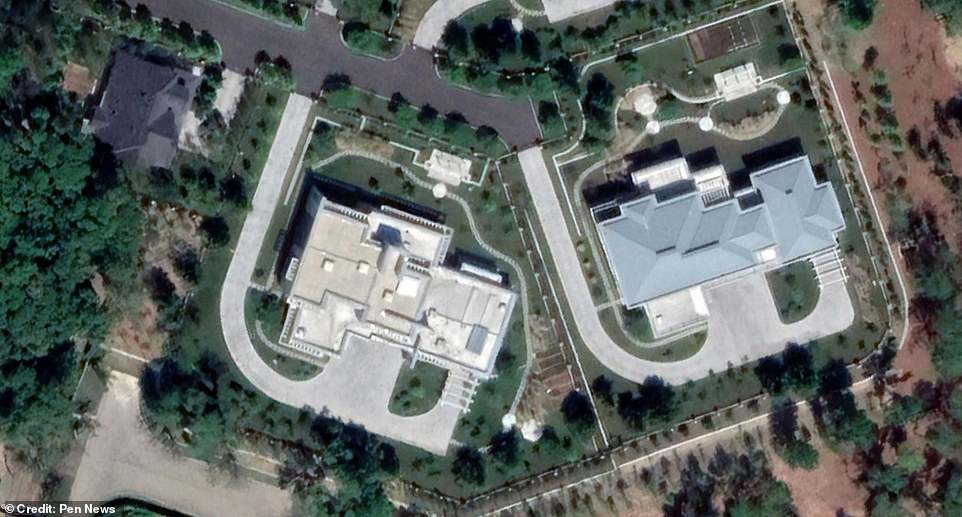 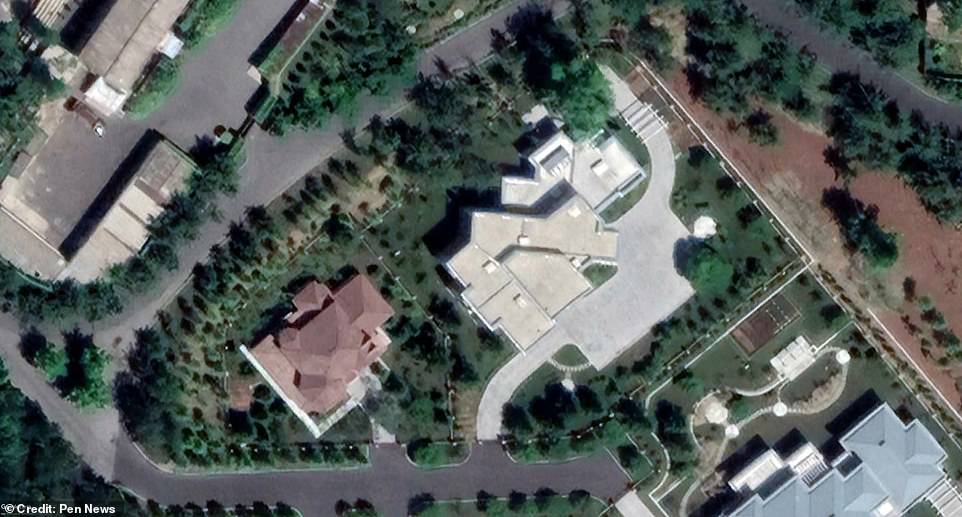 These new residences are located in the heart of Pyongyang, across the street from the ruling party’s Central Committee Departments’ office buildings 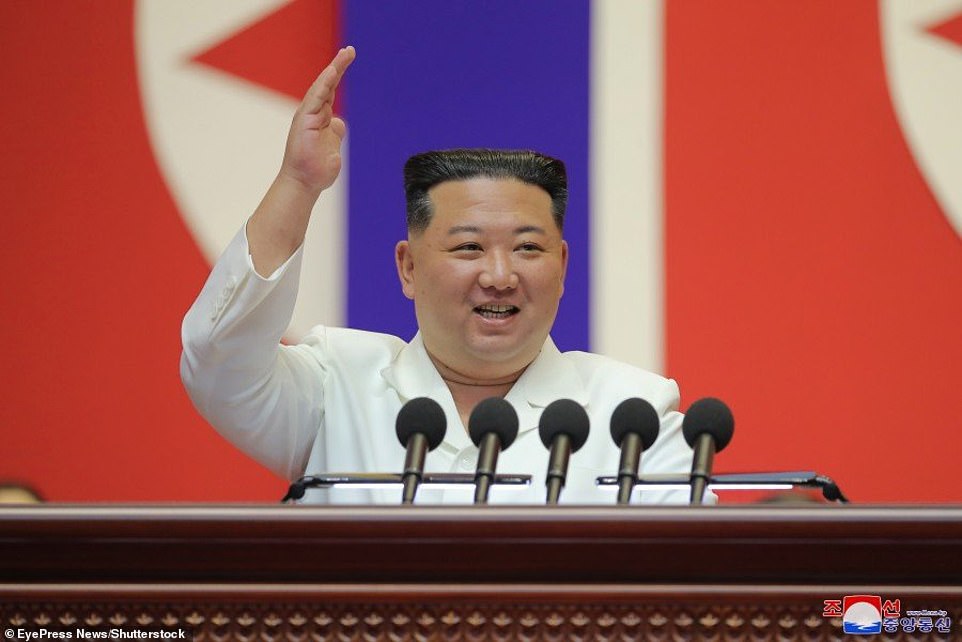 Kim Jong-un, the ruthless dictator of the pariah state, is said to be concerned by the prospect of assassination attempts

Madden continued: ‘This is another round in a decades-long cat-and-mouse game in which the leader of North Korea eludes current satellite views of his whereabouts.

‘If you think he is in one house, well guess again, he might be in another.’

It’s a paranoid tactic that harks back to Qin Shi Huang, the first emperor of China, who was said to sleep in a different place every night to elude assassins.

In Kim’s case, the compound is perfectly placed to allow him to grasp the gears of power – as well as to sate his legendary appetite.

Mr Madden said: ‘These new residences are located in the heart of Pyongyang.

‘They are across the street from the ruling party’s Central Committee Departments’ office buildings.

‘These departments are some of the most powerful institutions in North Korean political culture as they supervise the work of government, security and military organisations.

‘The Ch’angkwangsan Compound is also close to a number of venues where the North Korean leadership holds national events, as well as Pyongyang’s restaurant row.’

Furthermore, the compound is comfortable territory for Kim Jong-un.

He spent part of his childhood in its largest residence, which was built for his father and predecessor, Kim Jong-il. 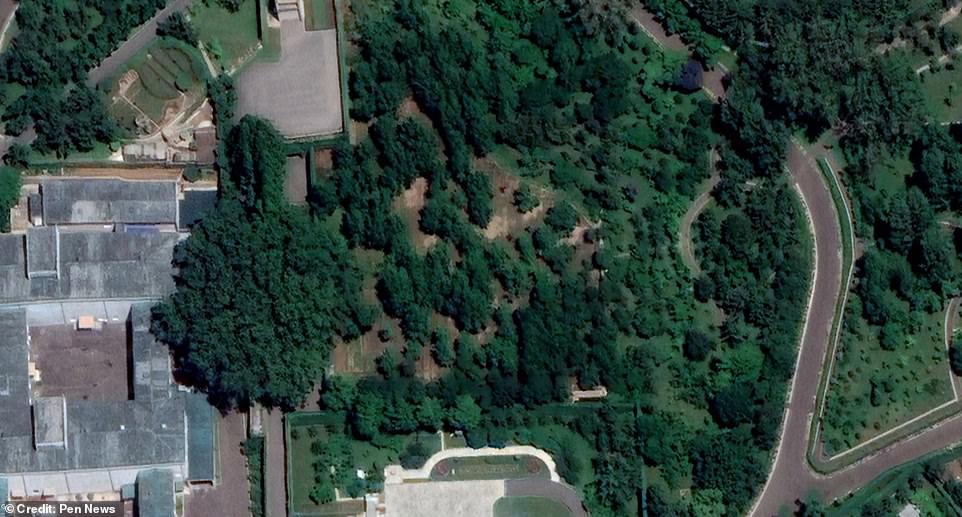 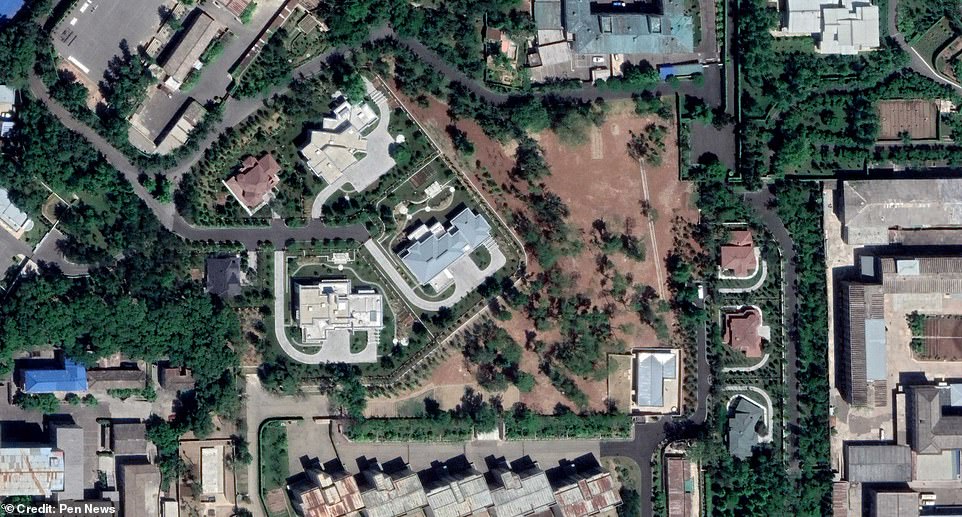 Photo shows the new mansions as seen in May this year 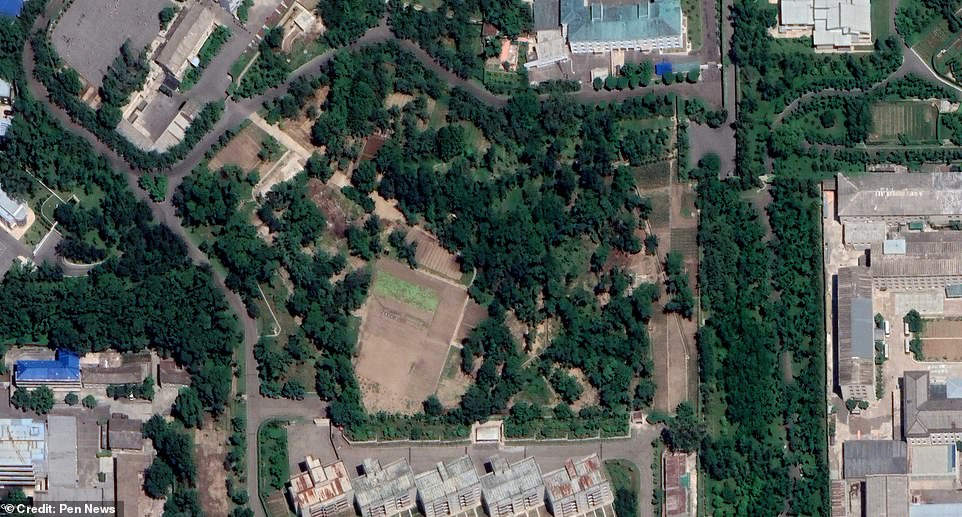 This multitude of mansions isn’t the only obstacle would-be assassins have to overcome, because the Ch’angkwangsan Compund is itself just one of many similar estates available to the dictator.

‘Kim Jong-un has about 13 residential compounds located throughout the country,’ said Mr Madden.

‘Each of these compounds has residences for him and his family, and entertainment and dining facilities.

‘And then there are a series of guest houses which are inhabited by other family members and close aides.

‘When we are looking at images like this and see luxury houses, it is a pretty restricted population of people who will live in them.’

The mansions could also be new homes for members of his family, members of the Ko family – Kim Jong-un’s maternal relations, or his in-laws.

Or they could be built for favoured aides, or for various elites within the ruling party.

Whatever the case, they offer a standard of living that’s alien to most North Korean citizens, for whom electricity and even food are increasingly uncertain commodities.