Klick Health employees are handed $100 and one mission: make a difference in someone's life

Klick Health, the world’s largest independent digital health agency, gave hundreds of its employees $100 this holiday season, but there was one catch: They had to give it away.

More than 600 employees, otherwise known as klicksters, who took part in the company’s #Spreadjoy holiday video, were sent “kindness kits” in October. Inside the blue and white box was a $100 bill attached to a holiday card and an instruction: make a difference in someone’s life. 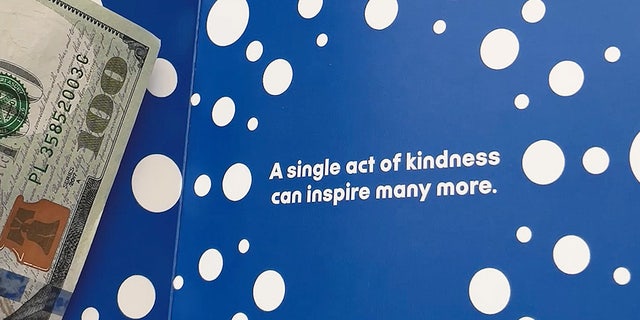 “We really didn’t give people a lot of direction, and the direction was, here’s a $100 bill. Give it away. Spread joy,” Klick Health chief creative officer Rich Levy told Fox News.

Levy told employees to be as “creative as humanly possible” on how they choose to give it away and to make sure they film the kind gesture. The plan was to compile the clips together to create the company’s annual holiday video.

“Do it by yourself, do it with your family, do it in teams, do it in entire groups,” he recalled telling employees.

For the past two months, the klicksters got to work.

Wearing festive “Klick blue” holiday scarves, they set off on a mission to spread joy across 15 states and six Canadian provinces. The employees bought toys for children who lost their parents during the pandemic and gave their grandmother $4,000 to help with their care. They also hired a band for residents of a retirement community. 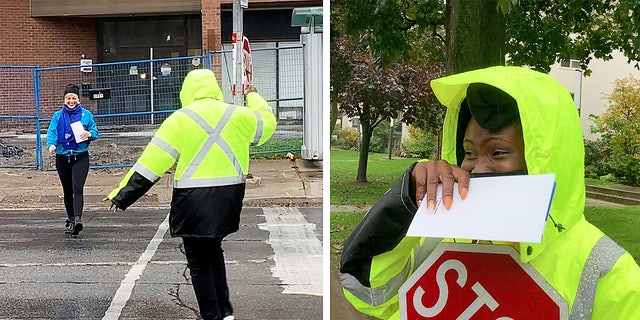 “My favorite one of them all was somebody put a $100 bill in an envelope and wrote ‘just because’ on it and tucked it underneath somebody’s windshield wiper,” Klick Health Chief People Officer Glenn Zujew told Fox News.

Within a short period of time, the company received more than 1,700 clips, which was approximately 10:28 hours’ worth of footage.

One employee admitted that they were overcome with emotion after giving the money to their delivery person who needed it to buy formula for her baby.

“My husband and I got in the car and almost cried ourselves,” Serena Stanley, a Klick Health employee said, according to the company’s internal messaging system.

Many team members even involved their own children, including Zujew whose kids tapped into their own savings to help.

“When we told them about what we were doing and what the holiday video was this year, both of them went and emptied their piggy banks and added to the money,” he said. 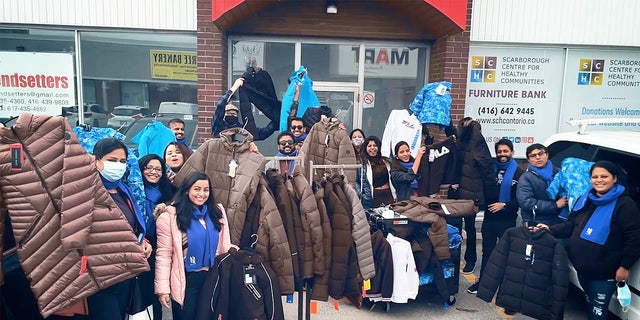 Klick Health employees pool money together to buy coats for those in need.
(Klick Health )

One night, the family gave all the funds to their Uber Eats driver. It brought the driver to tears, Zujew recalled.

The three-minute video showed the good deeds and ended with the message: “When you give joy, you get joy.” 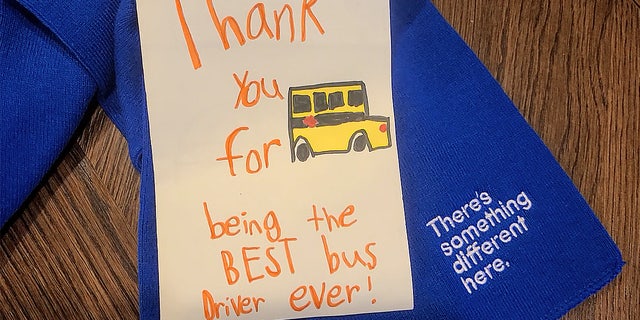 The video itself has gotten an overwhelmingly positive response since being posted on the company’s YouTube channel on Dec. 6, according to Levy.

The company is also donating $1 for each of the first 10,000 YouTube views of the #SpreadJoy’ video to the Make-A-Wish Canada.

For the month of December, employees were also able to direct the corporate donation dollars they receive to the charity that aims to fulfill grandeur wishes for children with critical illnesses.