London: Fiona Reynolds may not be a household name in Australia but the effects of her work are evident across the globe and in boardrooms of some of the world’s biggest carbon-emitting companies.

As chief executive of the London-based Principles for Responsible Investment, she has turned mainstream a once-niche drive to force some of the world’s largest investors to spend their trillions on sustainable projects, as well as encouraging banks to refrain from financing new fossil fuel projects. 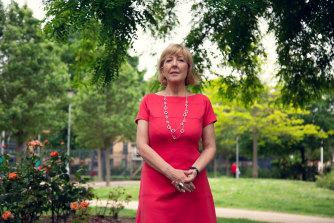 For example, signatories to the United Nations-backed network were among the activist shareholders who late last month successfully forced energy giants Exxon to appoint their nominees to the board and persuaded a majority of shareholders to vote that Chevron cut its emissions.

Reynolds, originally from Melbourne, planned to clock up at least a decade in the global role that she started in 2013, but five weeks ago her father suffered a stroke.

“I couldn’t get home to see him before he died,” she said. “You can’t even guarantee you can get a flight.

“I realise I’m not the only person who has been in this situation but it does make you think – Australia’s not changing anything, so what am I going to do?”

The 53-year-old subsequently decided that in a choice between being able to see her three adult children in Australia and the job that she loved in London, family came first.

“It definitely isn’t the timing I would have chosen, I would have stayed a couple more years, but the whole COVID situation makes it very difficult to get in and out of our country,” she said.

“It doesn’t look like there’s any sign of that changing when you hear the government saying that they won’t open the international border for another year and they’re building purpose-built quarantine facilities.”

Reynolds is one of the 28 million people fully vaccinated in the UK and is urging the Australian government to figure out how professionals living abroad like her can safely come home without spending thousands of dollars on one-way tickets and quarantine. When she tried to get home at Christmas, she was bumped from flights six times.

“We need a road out that shows what we’re going to do now people around the world are getting vaccinated and how are we going to deal with these different variants because there’s going to be many of them,” she said.

Reynolds won’t be coming home quietly. She plans to drive sustainable investment in Australia, which she says is severely lagging behind the rest of the world on climate change.

“The global community is moving and Australia is either going to have to get on board or it’s going to be left behind. Capital is global and we need investment in Australia and where will that investment come?”

She believes politics is the only reason for Australia’s current climate change settings, and warned that the federal government “might wish they’d kept me in the UK”.

Adam Matthews, chief responsible investment officer with the board, said the Australian businesswoman would be sorely missed by her peers in London.

“Fiona unquestionably leaves a remarkable legacy and an organisation that is quite different from the one she joined and importantly she leaves it positioned for the future,” he said.

“She has led genuine change. We are sad to see her depart but are grateful for what she has given.”

Jacinta Reddan, the founder of a growing group called the Alliance of Australians Abroad and former CEO of the AustCham Hong Kong, said Reynolds’ departure underlined the long-term damage the international border bans will have on future generations.

“The loss of Australians from the global stage will damage Australia for years to come,” she said.