Lil Nas X may be an “Industry Baby,” but he’s no darling of the BET Awards. For the second year in a row, the rapper has received zero nominations.

In a series of now-deleted tweets, the 23-year-old vented frustration over the snub, according to screenshots and reports from People, Complex and the Los Angeles Times.

The “Montero” emcee was nominated for best new artist at the 2020 BET Awards.

Fans of Lil Nas X also took to Twitter to call out the BET Awards and the fact that Jack Harlow, who is up for best male hip-hop artist, was nominated instead of the “Montero” artist. Harlow was featured on Lil Nas X’s song “Industry Baby,” which peaked at No. 1 on the Billboard Hot 100.

“Industry Baby did wonders for Jack Harlow but somehow he gets acknowledged by BET and not Lil Nas X,” wrote one Twitter user. “They do not respect themselves.”

Lil Nas X’s publicist Ashley Buenrostro told USA TODAY in a statement that he has no additional comment on the matter. USA TODAY has also reached out to BET’s representatives for comment.

Another Twitter user wrote on Wednesday: “Please explain to me how the BET Awards nominates Jack Harlow and not Lil Nas X??? Their erasure of black queer people is disgusting! Do better.”

Please explain to me how the BET Awards nominates Jack Harlow and not Lil Nas X??? Their erasure of black queer people is disgusting! Do better

The user added that the “First Class” rapper could “simply decline his egregiously undue nomination. Maybe you should text him @LilNasX”

Jack Harlow could simply decline his egregiously undue nomination. Maybe you should text him @LilNasX

“Jack Harlow got a BET awards nomination and not the Black man he did a song with … man that’s so backwards,” wrote @DaricCott on Twitter.

@DijahSB wrote on Twitter: “jack harlow winning a BET award was actually on my bingo card for the year because there’s nothing that shocks me anymore.”

Another user on social media tweeted: “Something about Jack Harlow getting a #BET nomination but not Lil Nas X just feels weird to me. I won’t be watching. For a lot of reasons this one included.”

Something about Jack Harlow getting a #BET nomination but not Lil Nas X just feels weird to me.

I won’t be watching. For a lot of reasons this one included. #BETawards

The top nominees at this year’s BET Awards also include Drake, Ari Lennox and Doja Cat, with the “Planet Her” rapper scoring six nominations in total. Will Smith was also nominated for best actor for his role in “King Richard,” following his infamous slapping of Chris Rock at the Oscars in March.

When asked by someone on Twitter Wednesday what material he’s released that would warrant a BET nomination, Lil Nas X cited having “3 of the biggest songs of last year & a critically acclaimed album.”

“i feel like that should’ve helped me a bit,” he added. 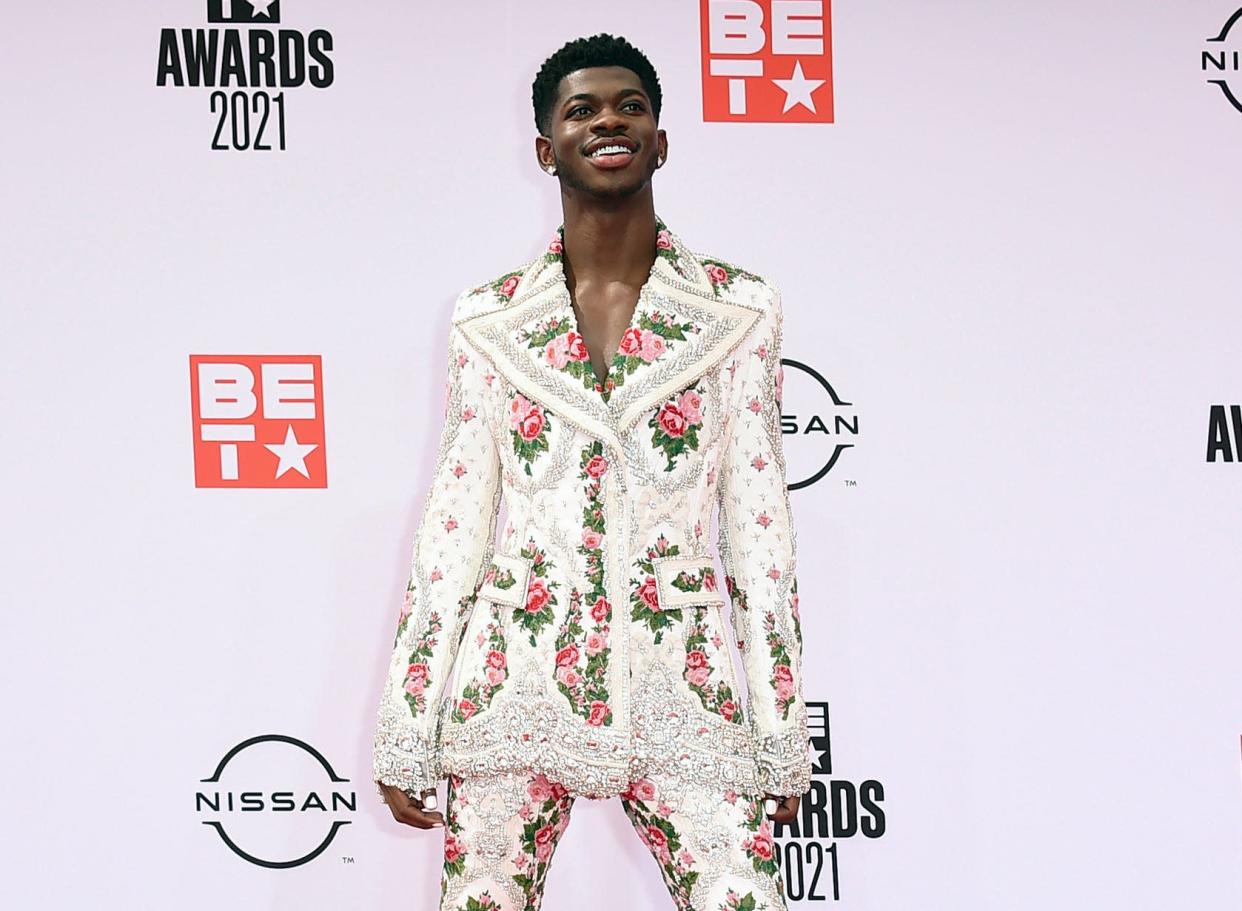 “The introspection that the openly gay Lil Nas X reveals throughout ‘Montero’ is laudable. So is his willingness to dabble in unadulterated pop, grimy rock and the rap-singing that has so far popularized his career,” Ruggieri wrote.

On his sexuality, Lil Nas X also wrote on Twitter that his BET Awards snub symbolizes the struggle of queer people of color to gain consistent mainstream recognition.

“Doesn’t even have to be me nominated,” he tweeted. “i just feel like black gay ppl have to fight to be seen in this world and even when we make it to the top mfs try to pretend we are invisible.”

This article originally appeared on USA TODAY: Why did Jack Harlow receive a BET Awards nomination over Lil Nas X?