Tube workers to stage another strike: Bakerloo line staff will walk out twice next month in protest against plan they say will leave thousands of commuters stranded in sidings and depots

London Underground workers on the Bakerloo line are to stage two strikes next month in a row over safety.

Members of Aslef will walk out on February 4 and 11 after voting in favour of industrial action.

The union is in dispute over a plan it says would allow trains to go into sidings and depots without a check to ensure that passengers have left the train.

Aslef dubbed the proposal ‘flash and dash’, warning that passengers would have to depend on hearing unreliable PA announcements on 50-year-old trains to avoid being taken into depots and sidings. 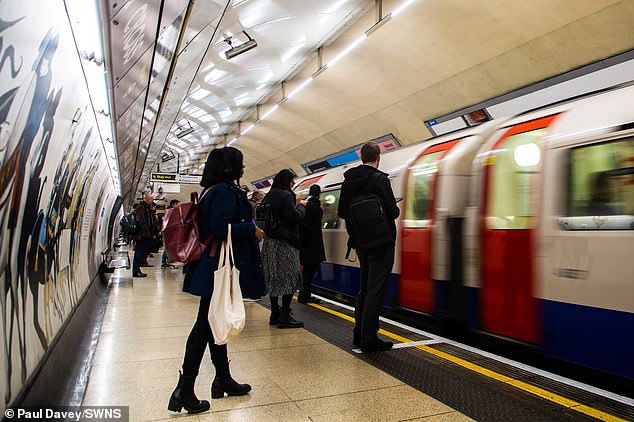 Currently, trains are physically checked to make sure they are empty and it is safe for the driver to proceed, but the union said management want to remove this safety check as part of a cost-cutting plan.

Finn Brennan, Aslef’s organiser on the Underground, said: ‘This puts both passengers and staff at risk.

‘Previous experience had shown that removing physical checks means that thousands of passengers are unwittingly taken into sidings or depots.

‘We understand the pressure that London Underground is under to cut costs, but this cannot be at the expense of the safety of passengers and staff.’

Aslef members will refuse to take trains into sidings or depots without safety checks and will strike on the first two Saturdays in February.

Britain is seeing workforces across a range of industries striking in their masses in rows against pay and conditions.

Railway workers, Royal Mail staff, Border Force, nurses, paramedics and teachers are among those walking out to say they feel ‘underpaid, understaffed and undervalued’.

The country will grind to a halt as co-ordinated action will see hundreds of thousands of train drivers, teachers, airport staff and civil servants strike on February 1.