Lottery winner thanks 'fate' as he bought ticket after swapping shifts

A grandfather has thanked ‘fate’ after scooping £500,000 on the lottery after swapping to an early shift so he could attend a hospital appointment.

Jeff Etherington, who works as a machine setter for the automotive industry, said he was convinced it must be a joke when his numbers came up.

The 65-year-old, from Harlow in Essex, bought his winning Thunderball lucky dip ticket at Sainsbury’s in Harlow on January 11, after attending a meeting about his knee replacement.

Despite winning the large sum of money, he is not planning to quit his job but will use the funds to tie the knot with his fiancee Kim Read, 60. 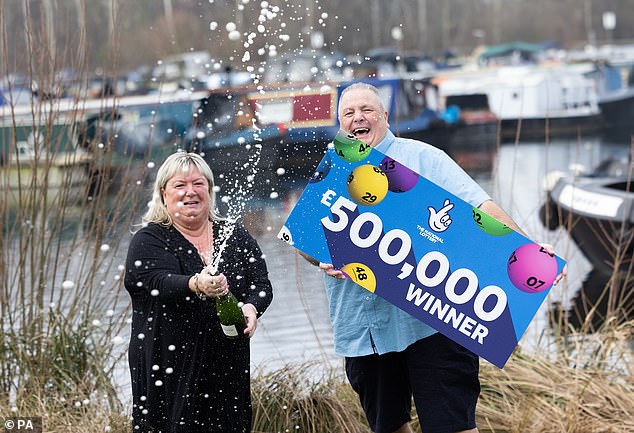 Jeff Etherington, 65, won £500,000 on the lottery and thanked ‘fate’ for buying a ticket after he swapped to an early shift 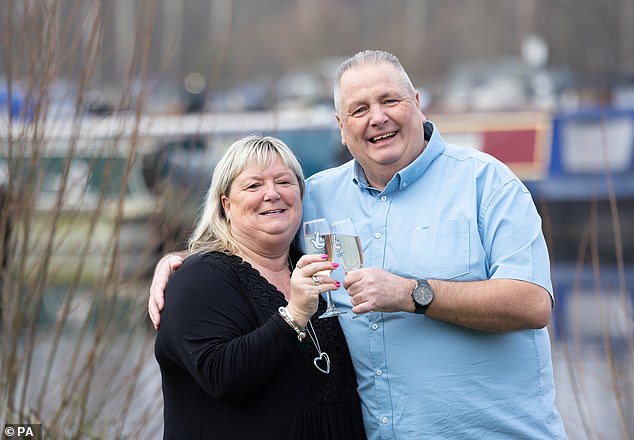 The machine setter said if he didn’t swap shifts and buy a ticket when he did, then ‘some other lucky person’ could be celebrating instead of him

‘I’ve always believed that one day I would win big,’ said Mr Etherington.

‘I can’t help thinking it’s fate, had I not swapped shifts for that hospital appointment, I wouldn’t have been buying my lucky dip ticket at that exact moment and some other lucky person might now be celebrating instead.’

He and Ms Read have five children and eight grandchildren between them.

‘We’ve been together for six years, and finally got engaged in 2021,’ said Mr Etherington.

‘We always knew we would get married eventually but the money was always spent on something else. 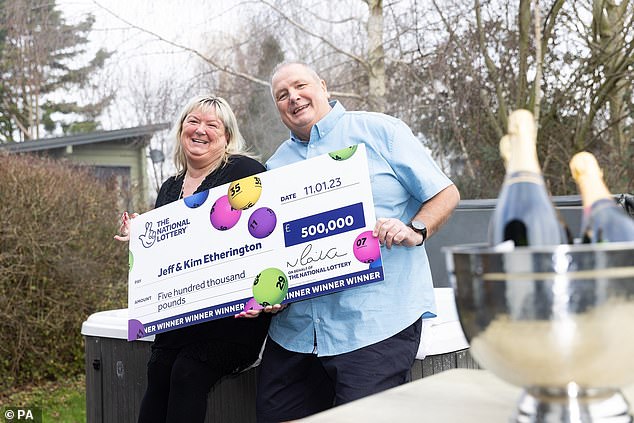 He said that after he realised he had won, he told Ms Read and she ‘responded by telling me to go away, but in quite colourful language’.

He added: ‘I was convinced it must be a joke but the logical part of my brain kept telling me it was a real ticket so must be a real win.

‘Using the same logic, I decided to check the National Lottery app.

‘Scanning my ticket, the app told me the results were not yet available, I must have scanned it about 100 times until suddenly it pinged and £500,000 popped up in the window.’

He confirmed the win the following morning and shared the news with family and work colleagues.

‘I messaged a few of my work colleagues, including my boss, a screenshot of the ticket and my winning £500,000 message from the app,’ he said.

‘My boss congratulated me and then immediately said “guess that means you’ll be handing in your notice”. 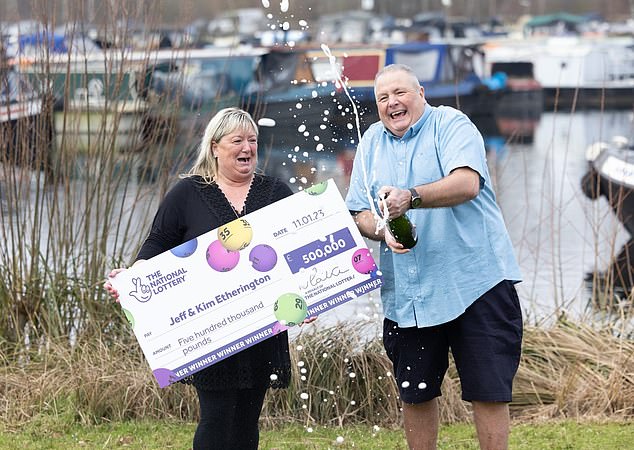 Jeff said he scanned his ticket ‘about 100 times’ until the result were ready and the £500,000 figure appeared

‘I think he was very relieved when I confirmed he’d have to put up with me for a bit longer.

‘When I walked into the workshop the following day, word had spread and everyone clapped and cheered, it was a surreal moment.’

Keen fisherman Mr Etherington said he and his fiancee have booked a break at a holiday park in Leicestershire.

‘The day the win was confirmed I did have a look at marlin fishing in Hawaii to celebrate but changed my mind and we booked a four-night break at a luxury lodge, complete with hot tub on the deck, instead,’ he said.

‘We’re still trying to get our heads round it.

‘It’s just numb up there at the moment.’

The couple had both replaced their cars ‘relatively recently’, had their home redecorated and a new kitchen fitted, and booked for the bathroom to be renovated next month, Mr Etherington said.

He said they had also already booked and paid for a holiday to Lanzarote, adding: ‘It’s almost like we knew we were going to win.’