THE madcap dictator of Turkmenistan has unveiled a massive 20ft gold statue of his dog in a bizarre ceremony in the middle of the capital city.

In a peculiar tribute to honour his favourite furry friend, Gurbanguly Berdymukhamedov unveiled the giant statue in the capital city of Ashgabat. 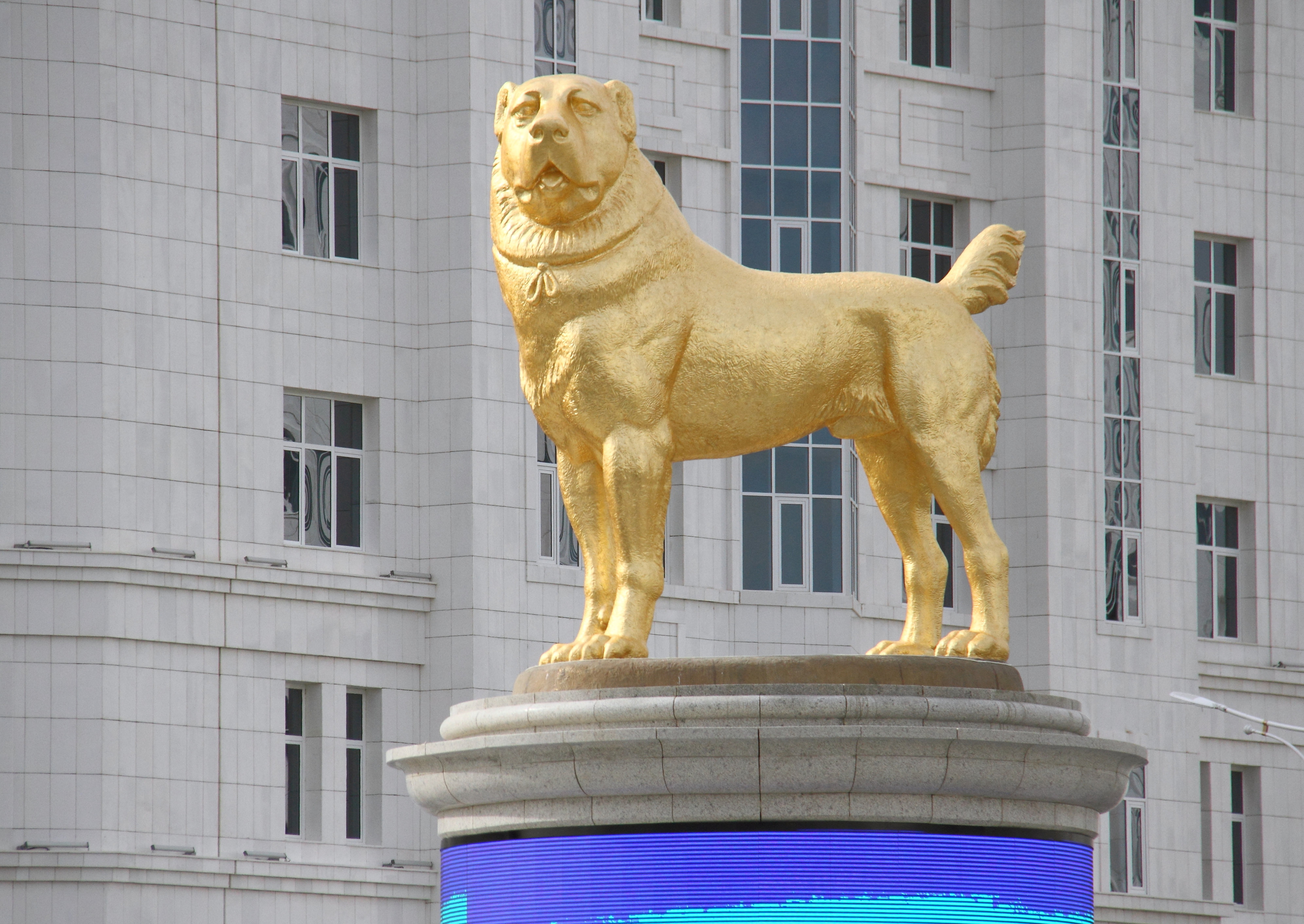 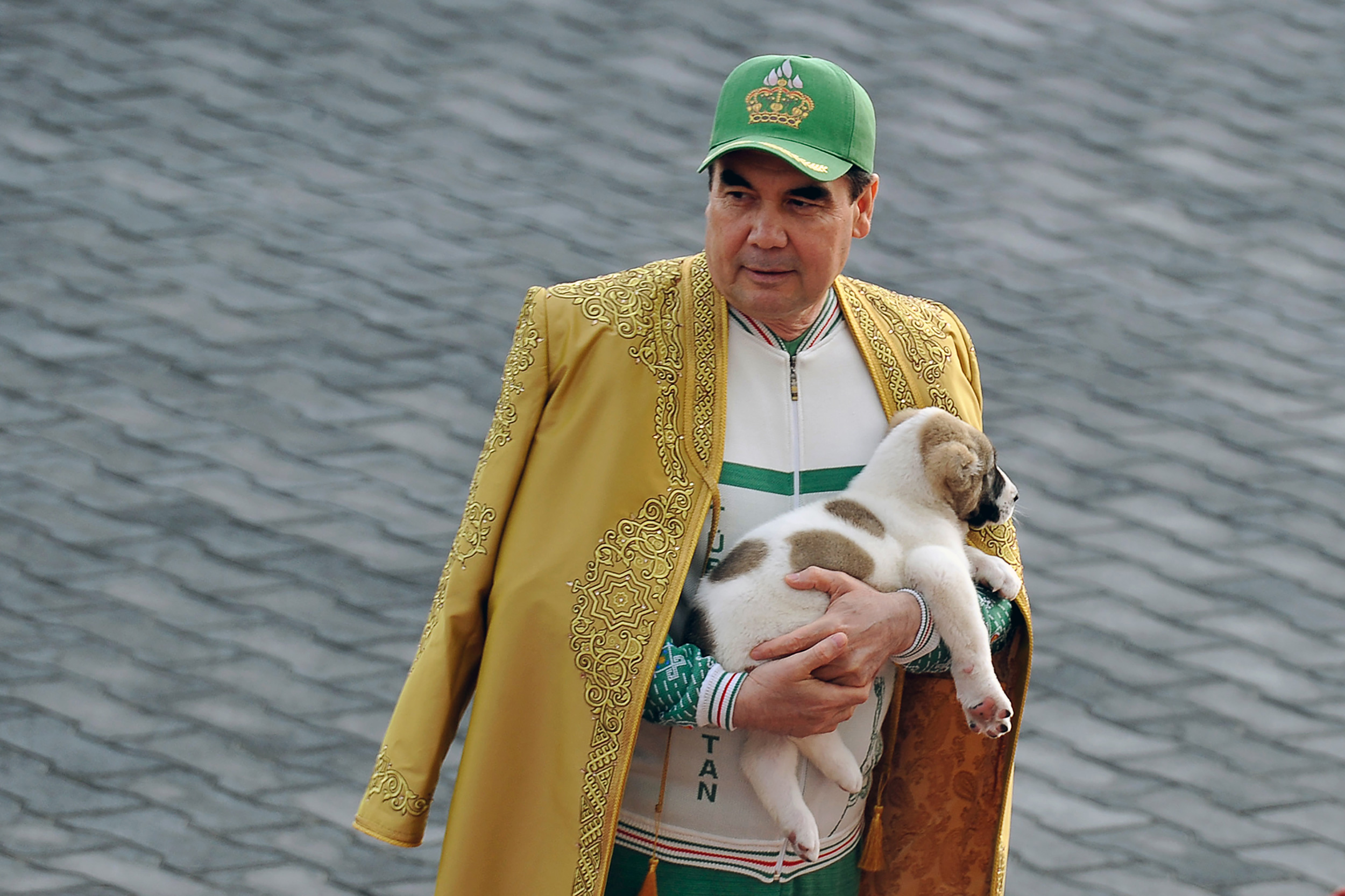 The sculpture, made of gold, sits on top of a pedestal with a wraparound LED display which shows footage of the Alabai breed playing about.

The ruler is said to be obsessed with the breeds and has even written a book to share his love for them.

They are a home-bred Turkmen version of the Central Asian shepherd.

In the former dentist’s book, he says Turkmen ancestors said they saw their dreams in horses and their happiness in the Alabai.

He once entertained his parliament with a poem he had penned for the animals, in which he called them “a symbol of achievement and victory”.

The leader unveiled the statue in an eccentric ceremony which was full of song and dance while he watched on beaming with pride.

In videos made available by the government, thousands of balloons are released in the air to mark the joyful occasion.

An older citizen of the country is also seen presenting an Alabai puppy, considered a national asset to a younger one.

According to state media, the statue represents the “dignity and self-assuredness” of the breed.

Eurasianet reported the choice of its location was also meant to impress as it was built in a newly built residential area for civil servants.

On several occasions, he has gifted puppies or horses to leaders of nations he deems friendly.

He even presented Russia’s hardman leader, Vladimir Putin a puppy. 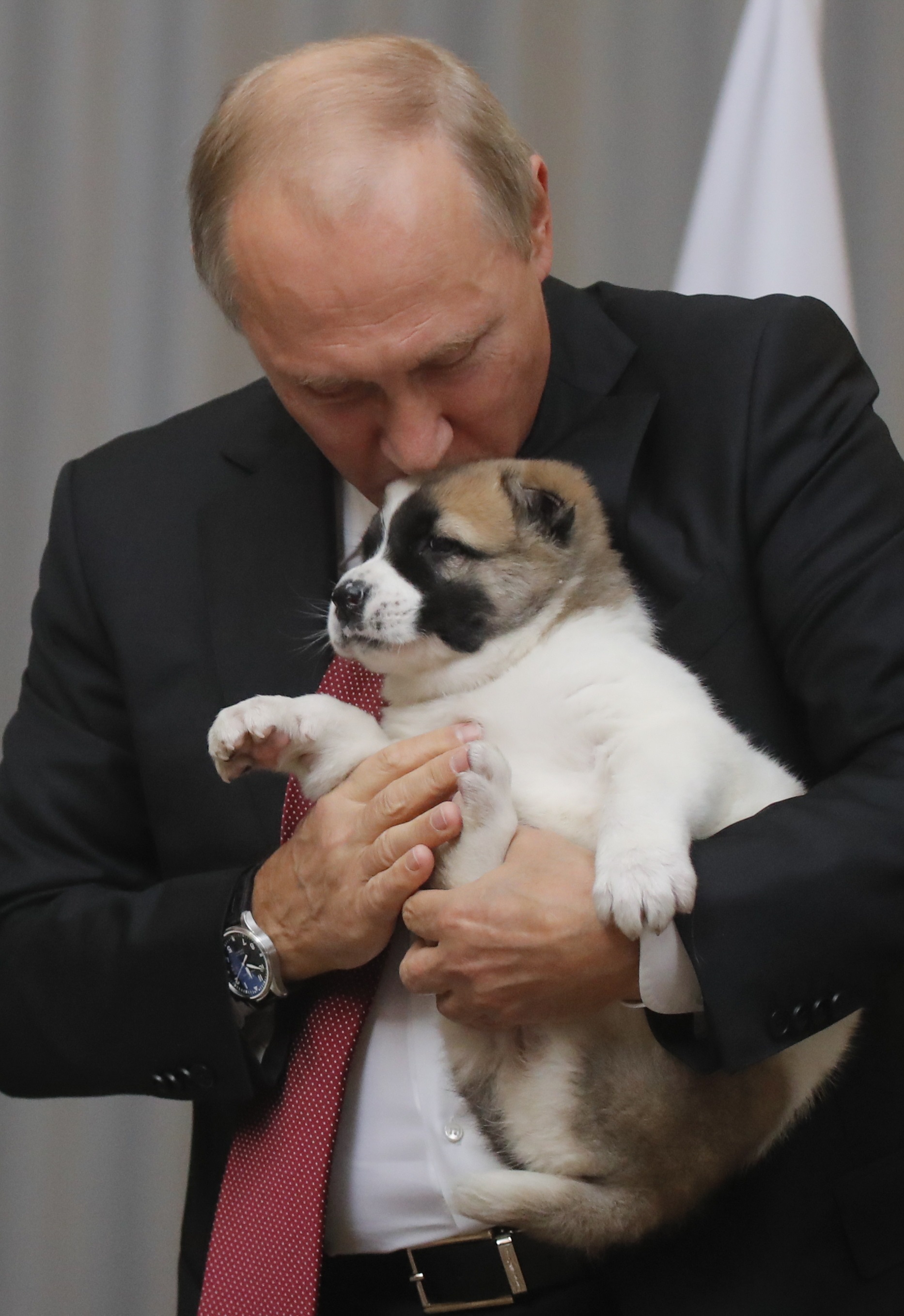 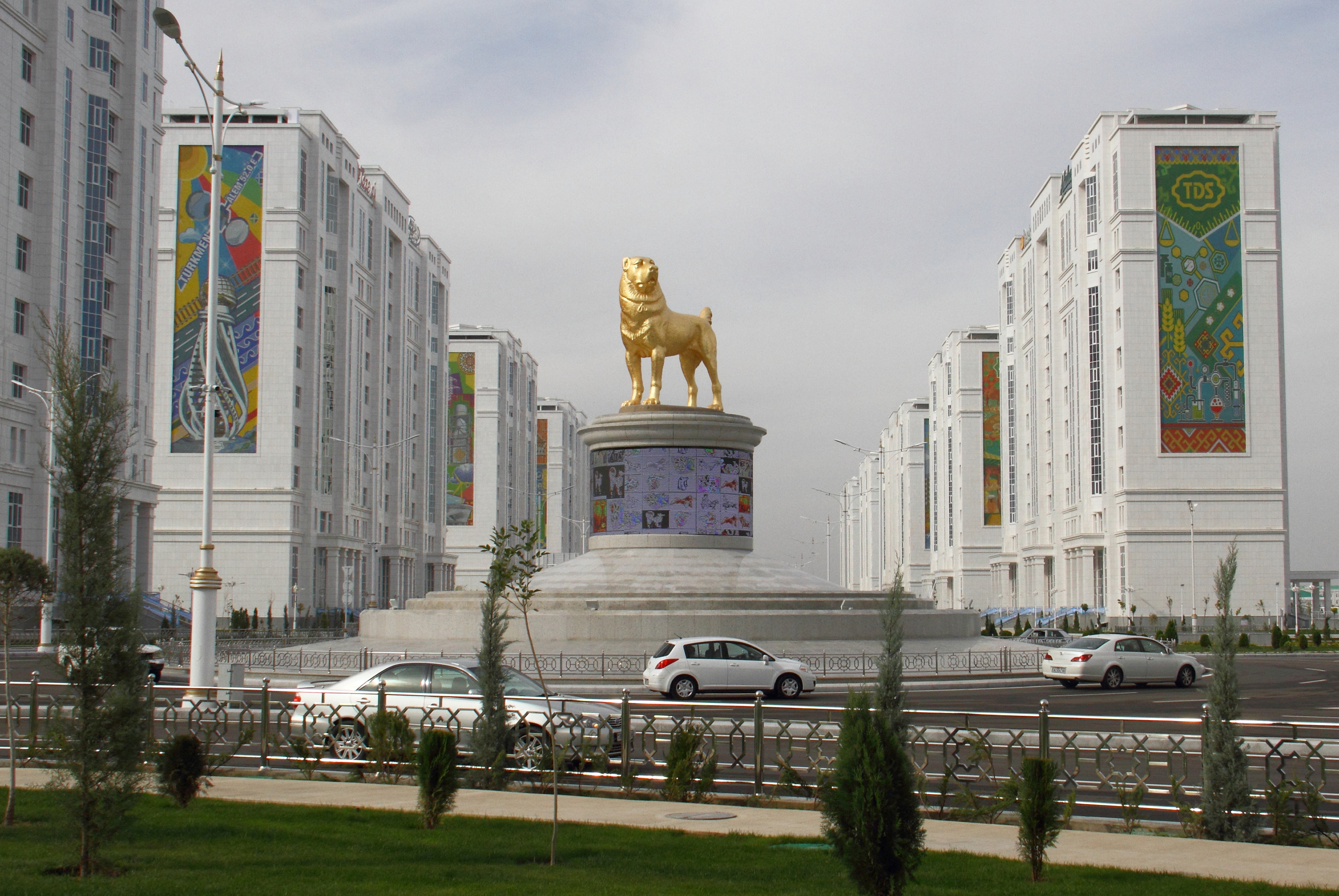 However, a historian, Victoria Clement, said Berdymukhamedov is not the only one in the country obsessed with the animals as it fosters a sense of national pride.

She said France 24: “It assists the state in solidifying the idea of the territory of Turkmenistan as firmly Turkmen.”

The statue is just part of a list of other outlandish monuments erected by Berdymukhamedov and his predecessors.

In 2015, he unveiled a gold statue depicting himself riding a horse on top of a marble cliff.

Former ruler Saparmurat Niyazov also honoured himself by erecting a golden statue of himself placed on a 246 feet-tall tripod.

The statue was made to rotate so it was always facing the sun for the extra shine.

Despite splendorous ceremonies and gestures, much of the country’s over 6 million residents live in poverty.

Berdymukhamedov often been ridiculed for his odd ways including when he claimed to have scored a “hole in one” with his first shot on a new golf course.

After hitting a drive to a green that appeared to be little more than 20 yards away, state TV announced, “our leader hit the hole from 75m”. 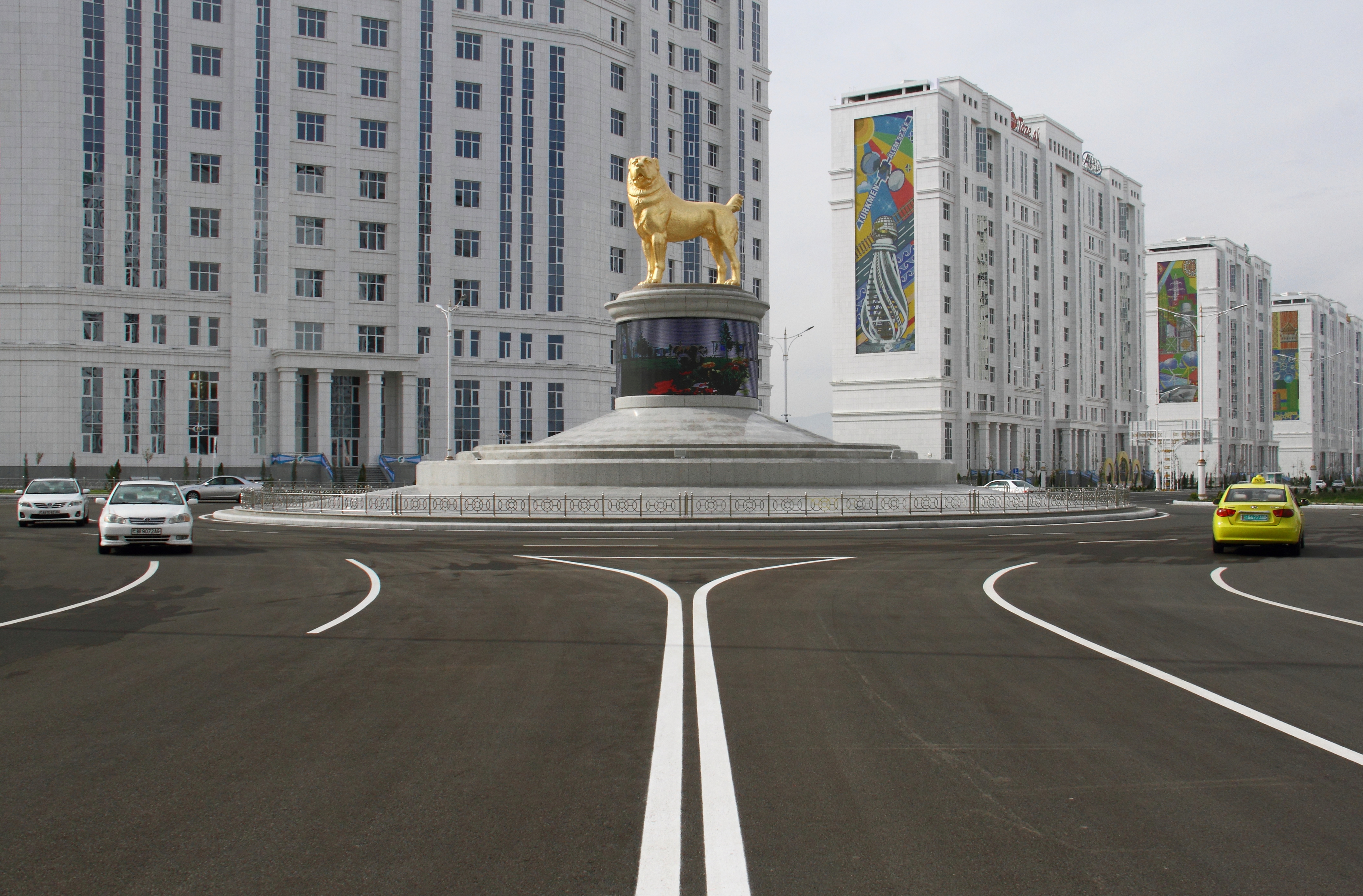