Madrid has seen a surge in tourism after city officials refused to follow government’s Covid curfew and let restaurants and bars stay open until 11pm.

The Spanish capital bucked the trend by easing Covid restrictions and its bars and restaurants have been opened since late last year.

The region also decided to push back the curfew adopted by Spain (10pm-6am) to 11pm.

While in other areas of Spain, terraces of bars and restaurants can be up to 100 per cent capacity until 6pm, in Madrid they can stay open until 11pm.

Flight comparison site Kayak has reported a 731 per cent increase in searches on its French site of flights to Madrid from any airport in France between January 15 and February 18 compared to the previous four-week period. 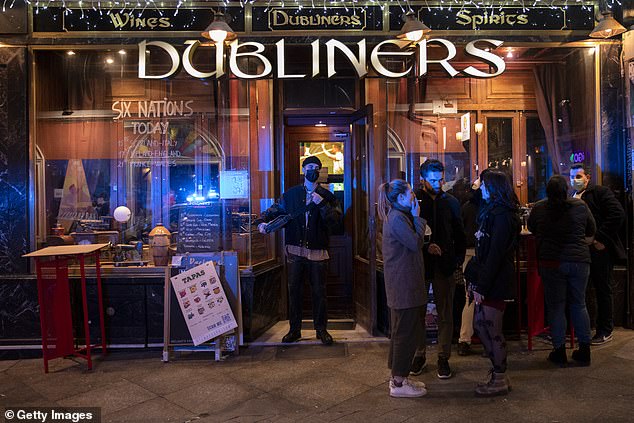 Tourists stand outside a bar as the curfew starts during the Coronavirus pandemic on March 20, 2021 in Madrid 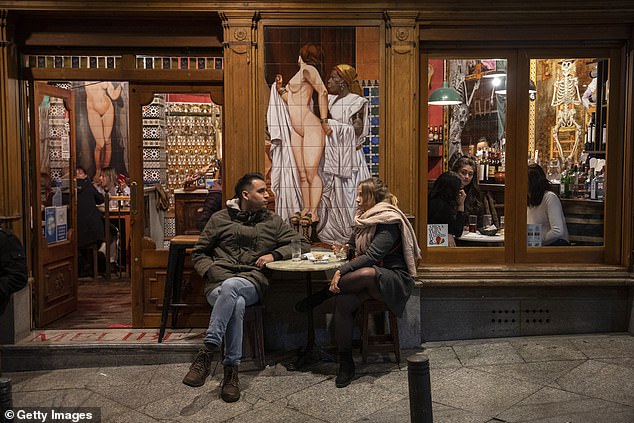 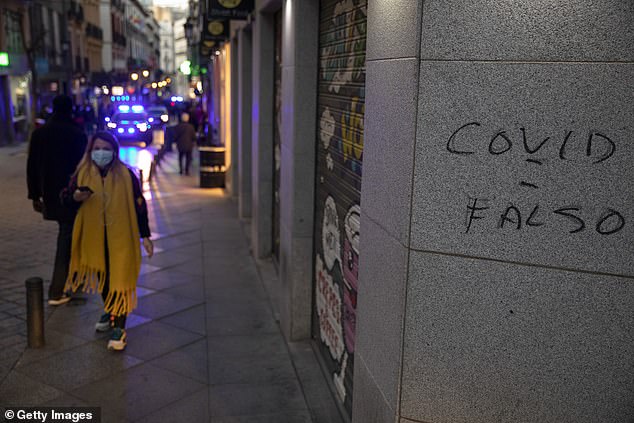 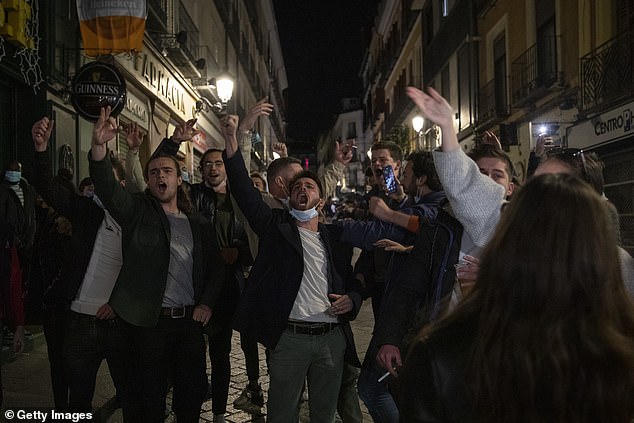 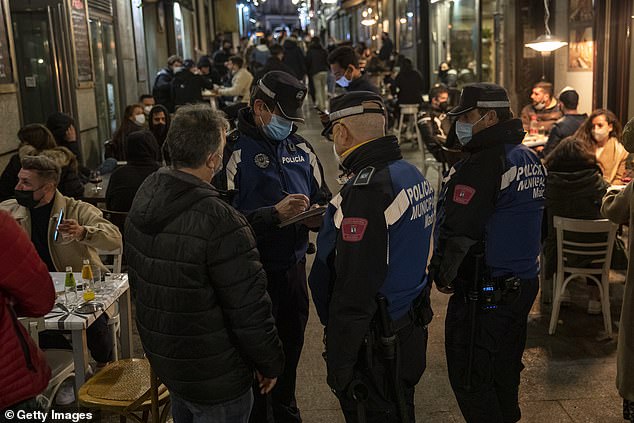 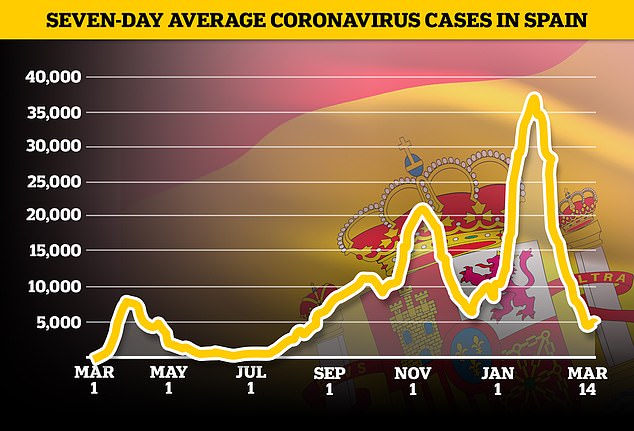 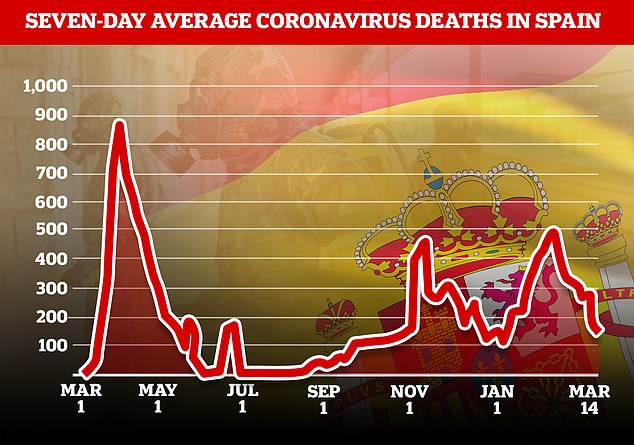 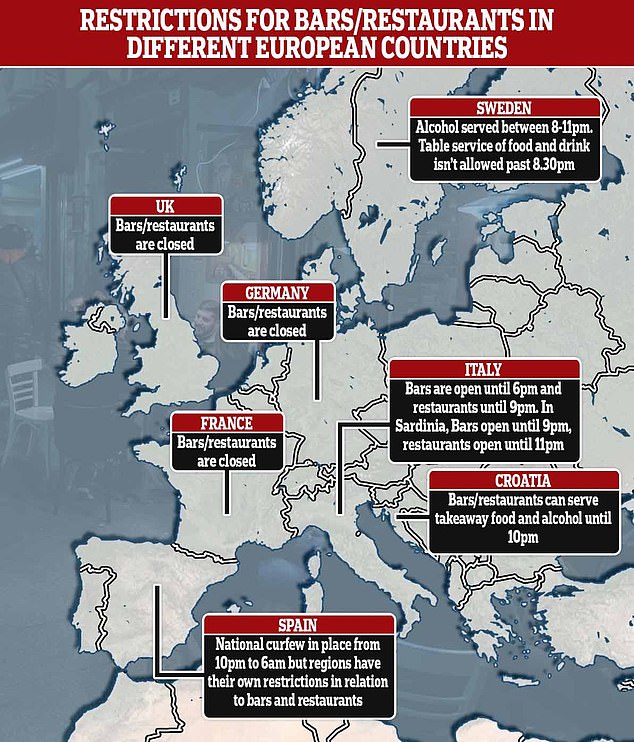 Madrid’s coronavirus rules seem to be the most relaxed across Europe as in other countries such as Germany, France and the UK, bars and restaurants are still completely closed.

Spanish officials also wanted to put in place travel restrictions between regions across the country but Madrid has refused.

From March 26 until April 9 the country’s government is set to impose rules banning travelling from region to region.

It will also limit social gatherings to a maximum of four people for indoor spaces and six for outdoor spaces. 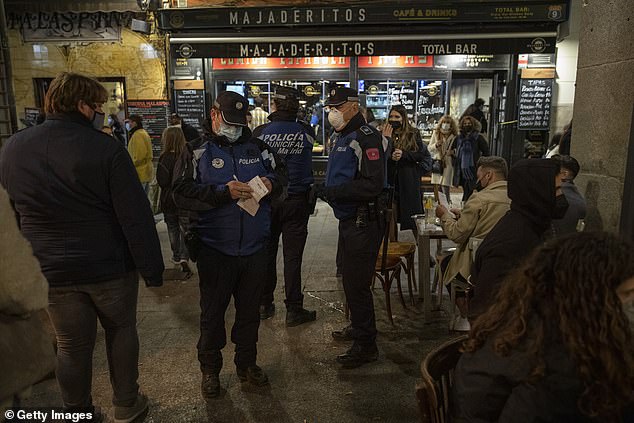 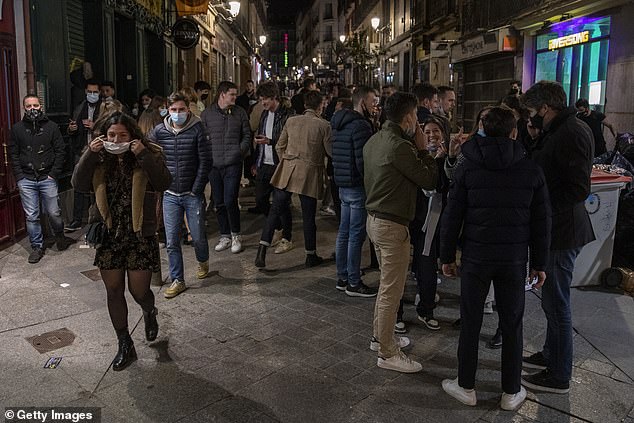 In private homes, gatherings should only be between people who live in the same household.

The health authorities in Madrid, who voted against the new measures, have already said that they will not be respecting the majority of the restrictions but have recently agreed to closing its regional border over Easter.

It is unclear why Madrid is refusing to follow these restrictions but it may be because they believe opening the tourism and hospitality industry, which employs 13 per cent of the country’s workforce, would benefit the country. 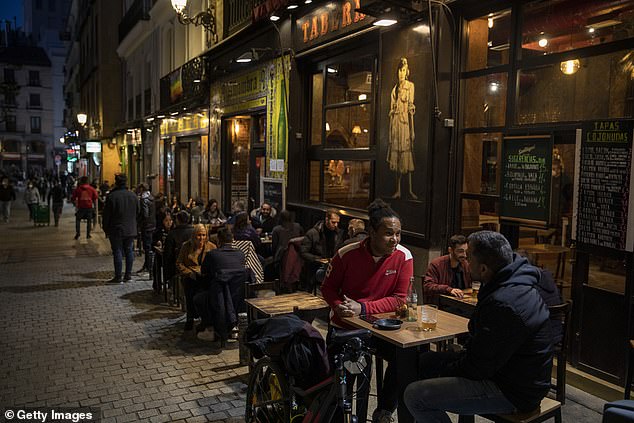 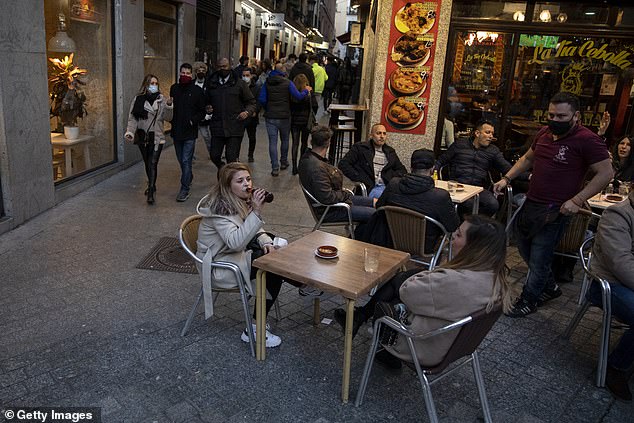 Tourists and locals are seen sitting at a bar last night 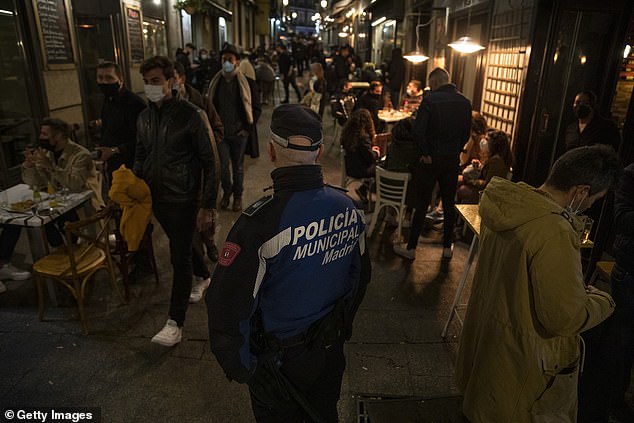 The country currently has four million unemployed people (8.5 per cent of its population) so the government is trying to strike a balance between public health safety and stimulating the economy.

Madrid’s police chief, Jose Luis Morcillo, has said that tourists are coming to the city from across Europe.

The city’s GDP grew by 4.4 per cent in the last quarter of 2020 and is leading the national statistics of employees working in the tourism and hospitality sector.