Majorca's airport on security lockdown after 20 people barge off plane

Majorca airport is on lockdown: 20 people barge off plane and onto the runway after ‘medical emergency’ forced flight bound for Morocco to land – as Moroccan man who claimed he was sick is given clean bill of health in hospital

Majorca’s Palma Airport has been closed following a reported runway invasion by passengers on a flight that had to make an emergency landing.

Around 20 people on an Air Maroc flight are said to have left the aircraft after it diverted to the holiday island so a passenger suffering diabetes could be taken off the plane.

The plane at the centre of the drama was heading from Casablanca in Morocco to Istanbul in Turkey.

A companion of the 34-year-old Moroccan man who was taken to Majorca’s Son Llatzer Hospital after claiming he was ill and forcing the aircraft to divert to the holiday island, was on Friday night said to have disappeared from the medical centre. 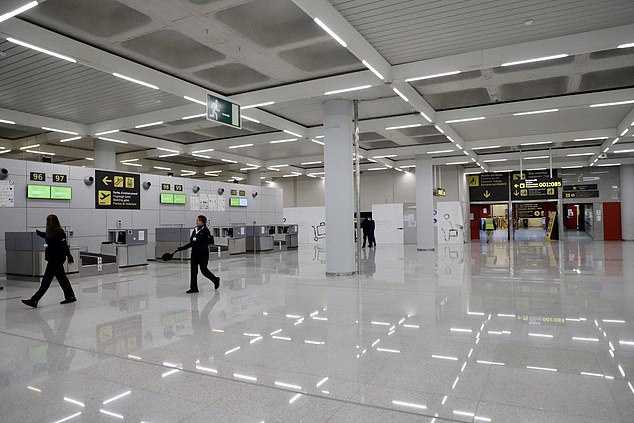 Local reports said the passenger at the centre of the health scare had been given a clean bill of health by doctors.

The other passengers police are still understood to be looking for – said to number between 10 and 20 – forced their way out of the aircraft when the doors opened so the ‘sick’ passenger could be rushed to hospital.

Police are trying to locate the people who have ‘fled’ the aircraft while all normal activity is suspended.

Flights bound for Majorca are being diverted to Menorca, Ibiza and the Spanish mainland while the incident is dealt with.

A source told MailOnline: ‘I’m on a plane and have been stuck on the runway for two hours as the airport has gone into lockdown.

‘Just before we were due to take off it was announced that a plane flying from Turkey to Morocco made an emergency landing due to a passenger having a diabetic fit.

‘As the plane landed 24 people pushed past medics and security and ran off the plane. The police are now trying to find them.’ 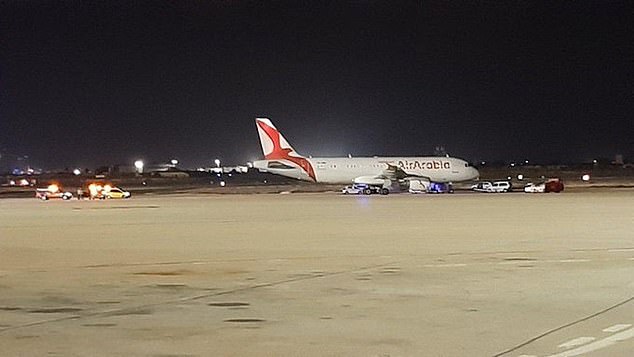 ‘Planes bound for the airport have been stopped for security reasons.

‘It seems a plane has landed and there could be passengers from the flight on the runway.’

The alarm was raised just before 8.30pm local time on Friday.

It was not immediately clear if the incident has affected any flights heading to and from the UK or Ireland.