The father of a Melbourne tradesman fatally stabbed through the heart as he defended his ex-girlfriend says he is pleased his son’s killer was found guilty of murder but said his loss would be difficult “for the rest of our lives”.

Carpenter Cameron Smith, 26, was stabbed in the chest with an edged weapon by Jack Ledlin, now 21, during an altercation near the Seaford train station in November 2020. He was kicked in the head as he lay bleeding and died at the scene. 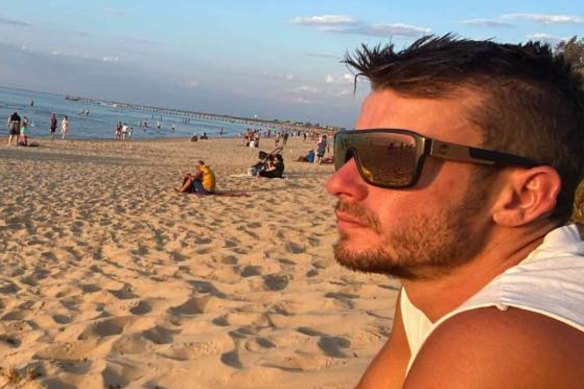 Cameron Smith died after he was stabbed near Seaford train station.

A jury in the Supreme Court on Thursday found Ledlin guilty of murder after he stabbed Smith and fled the scene with friends.

Ledlin, who was 19 at the time of the attack, did not react as the jury delivered their verdict.

Family and friends of Smith, also seated in court, clapped when the verdict was read. Several broke down into tears.

His father Michael Smith struggled to hold back tears outside court as he described the difficulty of the trial and the sorrow his family has experienced over the last two years.

“I’m very happy even though it will never bring him back,” he said. “We know that the person who ended his life will serve a lot of time and that’s what we wanted.

“It’s been very difficult. It’s been difficult for the whole family and his friends and everyone else. So we’ve had a lot of tears …

“That will be difficult the rest of our lives because even though he’s found guilty, we’ll never see Cameron again.”

Three males and a woman confronted Smith and his girlfriend, Natasha Stroumos, just before 7pm on November 25, 2020, on the Seaford foreshore. Smith and Stroumos had been on their way to eat dinner on the beach. 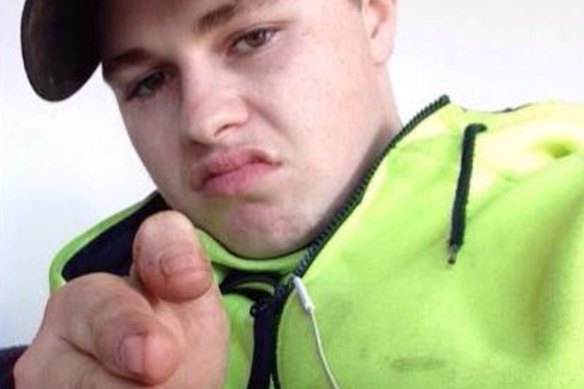 Two of the people yelled abuse at the couple over hostility dating back to a New Year’s party when Smith inadvertently took the drink of a woman named Scarlett Taylor, Ledlin’s girlfriend, thinking it belonged to Stroumos.

Ledlin and Taylor berated and abused Smith and his partner as they walked past and followed them. Taylor threw a glass bottle at Stroumos’ feet while the three males set upon Smith.

As the fight broke out, Ledlin drove a sharp object, which police never found, into Smith’s chest. He and his companions then fled from the scene and took a taxi to the suburb of Karingal.

Smith, a carpenter and talented runner, died in his former girlfriend’s arms as they fled. They were arrested in the following days.

Ledlin had already pleaded guilty to the lesser charge of manslaughter over the fight but prosecutors pursued the murder charge.

Police also allege another male, Liam Casley, kicked Smith as he lay on the ground bleeding after he was stabbed. Casley and Ledlin’s girlfriend Taylor both pleaded guilty to affray, breaching bail and offending while on bail for their roles in the attack on Smith. Prosecutors withdrew assault charges for each.

Judge John Champion remanded Ledlin in custody. He will return to court on October 28.