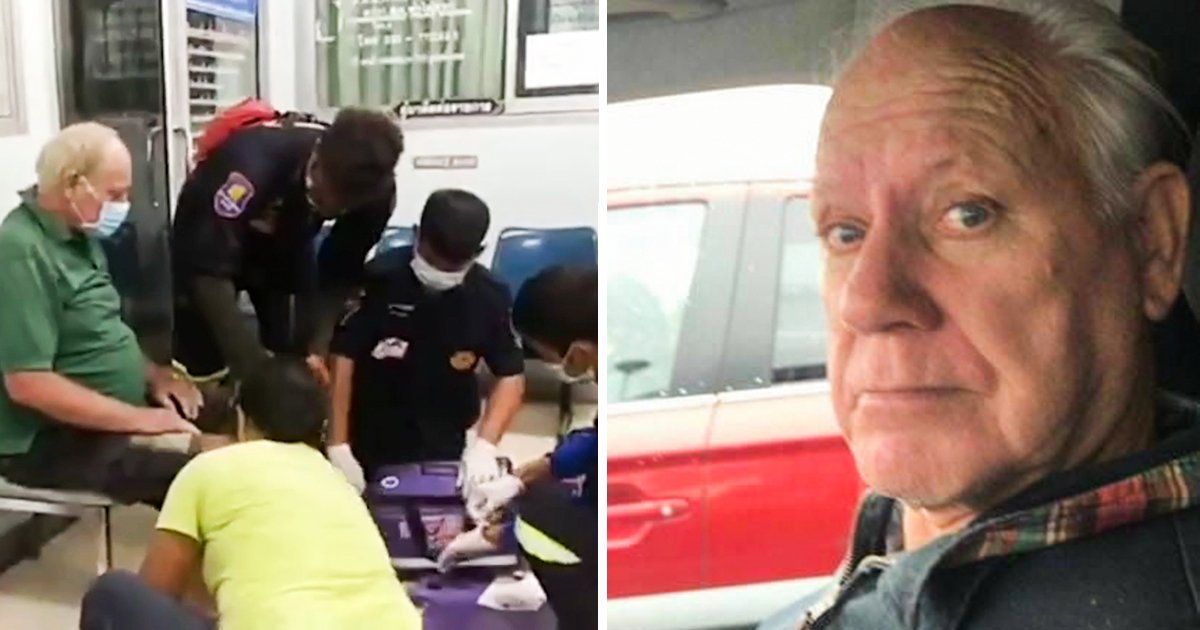 We’ve all done it at some point: had a few too many beers one evening, fallen asleep on a train and ended up in a random city very far away from your own.

But for pensioner Franciscus Johannes van Rossum that mistake ended up being a little more rural – with almost disastrous consequences.

The 78-year-old had visited his local bar in Phetchaburi province, Thailand, for a pint on August 31 and ended up drinking five bottles of Chang.

He then left on his motorbike – and vanished.

His Thai wife Rachot Chanwijit, 61, became concerned after her husband didn’t return home, so she went to the pub and asked after him to be told he left.

The retired expat, from Utrecht in the Netherlands, made phone calls on the following two mornings to say he was lost in the Khong Ta Bang forest during a storm.

Rachot called the authorities and search parties were sent out to find poor Franciscus.

Eventually locals found him nearby after spotting his motorbike last Friday at around 11pm.

They said he was sleeping in a puddle after a heavy rainstorm and he was covered in mosquito bites.

Franciscus said: ‘I thought I was going to die. My phone battery was dead, my motorcycle had run out of gas and it was raining. There was nothing to eat.

‘I was so relieved when I heard the local people. They saved my life. I’m so happy to be safe and see my wife again.’

Wife Rachot said: ‘I was trying to call him on the night he was last seen but he did not answer so I went to the bar. He was not there.

‘I received a call from him on September 1 early in the morning saying he rode into the forest but he did not know the exact coordinates where he was.

She said he lost signal due to the heavy rain, but Franciscus called the following morning.

Rachot added: ‘He called me again the next day saying his phone battery was about to die and the motorcycle’s oil had run out. He said he was exhausted and needed help so I called the police.’

Bar owner Bunteam Kiawgaew, who last saw the man, said: ‘Franciscus came to drink five bottles of beer from 2pm to 5pm and then left. I don’t know where he was planning to go after drinking.’

Local Buddhist monk Phramongkol Mangkharo said he saw the pensioner parking his motorcycle in front of the monastery and appeared drunk, but didn’t know where he went afterwards.

Franciscus was last seen on CCTV footage in the Kaeng Krachan district, which was about 40km away from the pub.

But eventually, with the help of rescue volunteers, police officers, and villagers, he was finally found.

But thankfully he was fine – just a bit dehydrated, exhausted and hungry with some minor cuts and scratches.

It appears this is not as rare an occurrence as you would imagine, either. British pensioner Leonard Barry Weller also recently got lost in the jungle in a different part of Thailand, and was found by locals 72 hours later after surviving on fruit and rainwater. He apparently used a piece of grass as a straw to drink rainwater from puddles.