Nairobi: The man whose heroism during the Rwandan genocide made him an international celebrity and the subject of a Hollywood movie, has been found guilty of forming an armed militia and being part of a terrorist group.

The outcome of the months-long trial of Paul Rusesabagina will be a surprise to few: Rwanda’s authoritarian president, Paul Kagame, has repeatedly characterised Rusesabagina as guilty, and Rusesabagina himself withdrew from the trial in March, saying he did not expect justice.

Yet the verdict represented the conclusion of a remarkable chapter in the life of Rusesabagina, who was played by Don Cheadle in the film Hotel Rwanda and in 2005 was awarded the Presidential Medal of Freedom, America’ highest civilian honour. 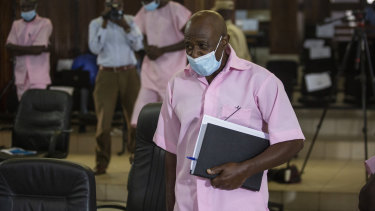 Paul Rusesabagina has been found guilty of terrorism-related charges.Credit:AP

In her ruling, Judge Beatrice Mukamurenzi said the opposition group that Rusesabagina formed was responsible for attacks on civilians in Rwanda that involved killings, lootings, arson and assault. She pointed to a 2018 video in which Rusesabagina says the “the time has come for us to use any means possible to bring about change in Rwanda, as all political means have been tried and failed” as evidence of his guilt.

Similar allegations emerged against Rusesabagina in 2010 but were never pursued by authorities in the United States or Belgium. Rusesabagina is a Belgian citizen and permanent US resident

Lawyers for Rusesabagina, who has vocally criticised Kagame, have argued there is no credible evidence showing that National Liberation Forces killed civilians or that the group was under the control of Rusesabagina. Instead, they say, the trial has been an attempt to rationalise the arbitrary detention of a well-known critic of Kagame, who has stifled independent media and political opposition in Rwanda.

Kagame, the former commander of the Rwandan Patriotic Front, became the country’s de facto leader when his group ended the 1994 genocide that killed nearly a million people and has been president since 2000.

Former journalist and author Michela Wrong, who has followed the trial, said that while she did not want to opine on Rusesabagina’s guilt or innocence, it was clear that the trial has not been a fair one.

“It’s been a shame and an embarrassment, really,” she said, “because the lawyers for the government have broken procedural laws so many times, and in such obvious ways.”

A report from the American Bar Association this summer found Rusesabagina had been denied the right to confidential communication with his lawyers, with prison authorities insisting on reading and intercepting messages; that the court failed to test the motives and credibility of witnesses against him; and that Kagame’s repeated characterisations of Rusesabagina as guilty violated the presumption of innocence.

On the day that the trial started, February 17, the first thing that judges did was adjourn for five minutes to allow pictures to be taken. The raised a concern that has persisted throughout the trial, the American Bar Association found: “That the trial was more public spectacle than judicial undertaking.” 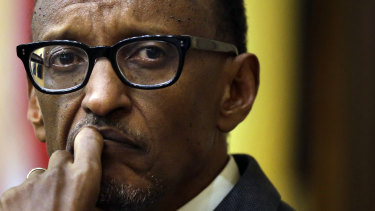 Wrong, who recently wrote a book about Kagame’s sanctioning the murder of Patrick Karegeya, a friend turned critic who was once Rwanda’s head of external intelligence, said she saw Rusesabagina’s trial a part of a pattern of Rwanda’s president being unable to “tolerate dissent or challenges”.

“It is very important to Paul Kagame to demonstrate to his own citizens that he will reach out and find you wherever you are,” she said. “It doesn’t matter where you go… if you stand up to him, denounce him, challenge him, you will pay the price.”

Kitt Kurth, a spokeswoman for Rusesabagina’s foundation, said that the 67-year-old was held in solitary confinement for more than 250 days without a light or reading material – and with few visits from his lawyers.

She says Rusesabagina, who is a cancer survivor, has missed three cancer screenings and not had access to his regular blood pressure medication.

Lawyers for Rusesabagina say he was tricked into boarding a plane that took him to Rwanda – he says he believed he was headed for Burundi to speak at churches – and was illegally detained by Rwanda’ government.

Kagame called it a “flawless operation”.