‘It’s his word against a dead man’s’: Widow of 51-year-old father who died after being punched in Screwfix queue-jumping row reveals NO CHARGES are being brought against suspect, 24, after he claimed self defence

Prosecutors have chosen not to charge a man who killed a builder by punching him outside a Screwfix store after he claimed self-defence.

Andrew Webster, 51, suffered fatal head injuries after confronting a queue jumper at the DIY shop in Warrington, Cheshire, on July 2 this year. A 24-year-old man was arrested on suspicion of assault and released on bail.

However, Mr Webster’s grieving widow Lisa, 42, was told that no further action will be taken after the suspect claimed self-defence — and detectives had ‘insufficient evidence’ to prove otherwise.

The heartbroken wife is ‘completely devastated’ by the Crown Prosecution Service’s decision and claims it is the 24-year-old’s word against her dead husband’s.

She told the Mirror Online: ‘We’ve lost a massive part of our lives and he’s just cracking on with his life. Andy doesn’t have a voice in this, does he?

‘Neither person should be fighting but, at the end of the day, you hit someone and they died. You have so many opportunities to walk away and not get involved, and end up basically saying that you were scared.

‘How can this even be right in this country? I find it disgusting. I feel really let down. I’m just totally numb. I’m disappointed. 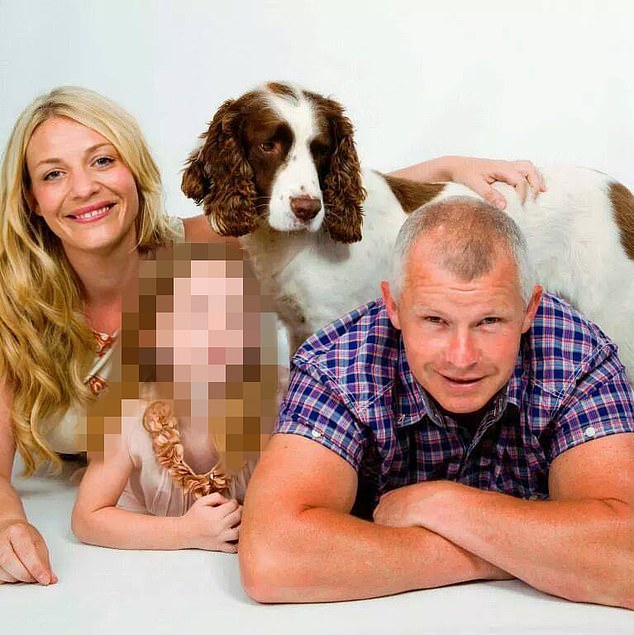 Andrew Webster (pictured with his wife and daughter), 51, died after being attacked by another customer while queuing outside a branch of Screwfix, in Warrington, Cheshire

‘I feel like I’ve been led down the garden path in a way.’

The Crown Prosecution Service said ‘the legal test for a prosecution was not met’ and there was ‘insufficient evidence’ to dispute the younger man’s claim that he acted in self-defence and used ‘appropriate force’.

Lisa said the police told her there were no independent witnesses who saw the whole incident, and said the row began when the other man jumped a queue inside the DIY store — causing her husband to call him out on it.

She added: ‘Andy said, ‘get out of the queue, we all have to wait in the queue’. The guy ignored him. Andy pushed him out and said, ‘people are queuing’. ‘

The other man allegedly left the store and walked back to his van and then returned to the queue inside the shop — causing Lisa to question his self-defence claim.

She also claims the 24-year-old walked back into the Screwfix and threatened to slash the tyres on Mr Webster’s van. There was another altercation outside the store, where witnesses reported seeing a ‘scuffle’. 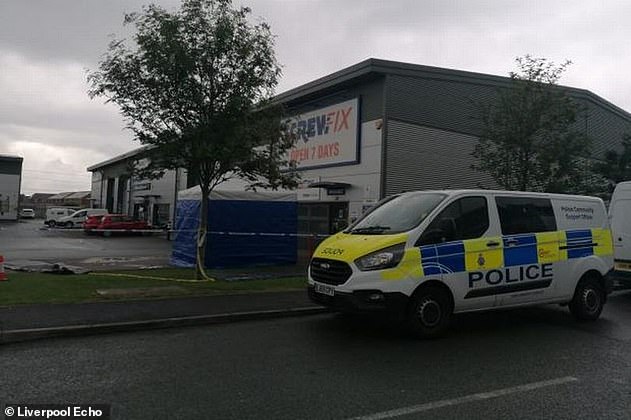 Mr Webster then allegedly fell and hit his head on the floor after he was punched. He was taken to Aintree Hospital in Liverpool but died nearly a week later.

One worker on the trading estate had said it was ‘such a tragic waste of life over a stupid argument and something so trivial’.

‘I heard there was an argument over queue jumping,’ he added. ‘The rumour is someone pushed in and the other didn’t like it and words were exchanged’.

In an emotional tribute on Facebook, Lisa previously revealed that her husband’s organs had been donated before he died. ‘I want you all to know he was my true hero,’ she wrote. ‘He was just the most amazing, bravest guy.’

Screwfix had been only allowing customers to pick up click and collect orders because of the coronavirus pandemic, leading to long queues.