A MUM has slammed a Marks and Spencer advert after they used a picture of a brother pulling his sisters ponytail.

The supermarket giant’s campaign image has been blasted by parents as being “offensive on so many fronts”. 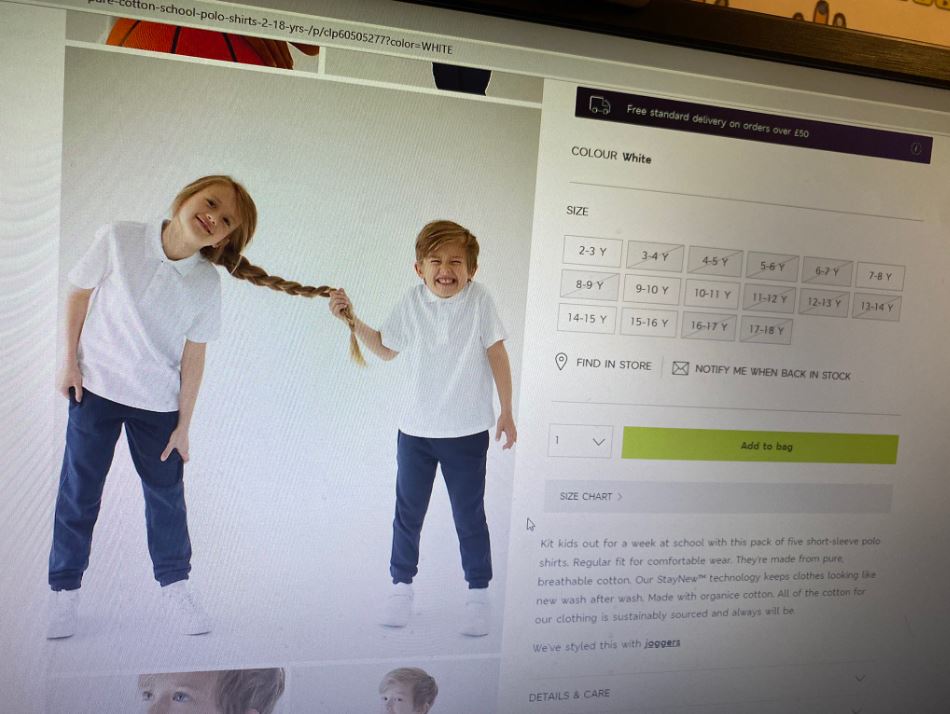 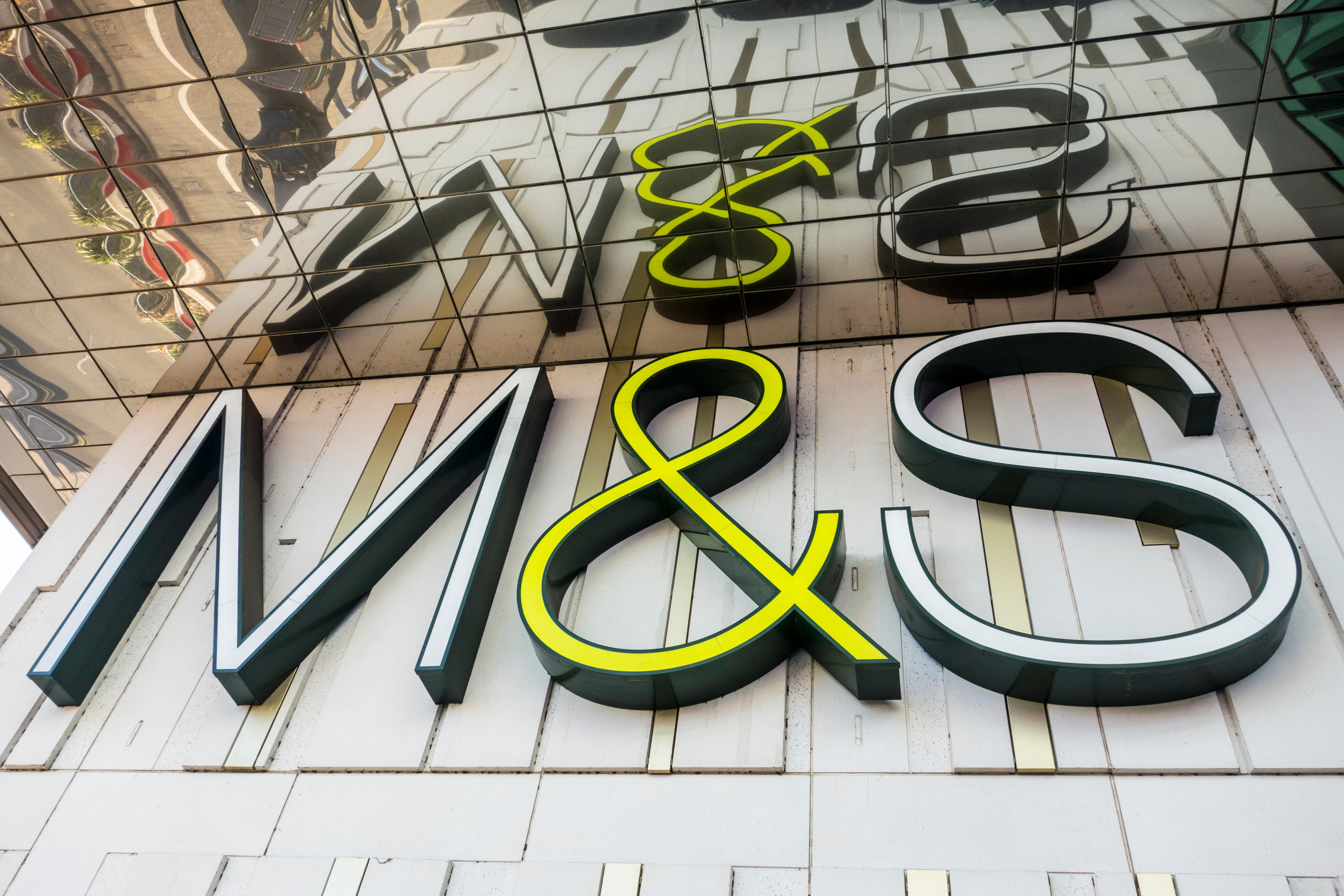 Tracey Garcia says the photo sends the message that violence towards females is acceptable.

The mum of one posted a picture of the retailer’s image on Twitter, alongside another image which read: "Grownups, if a boy is mean to your daughter, don't tell her it's because he likes her, violence and aggression are never signs of love.

"I’ve been dressed by you since I was 11 from memory. I love being able to shop online, especially for our son.

“Today I came across this image and I want to share one with YOU. We have a responsibility as parents and advertisers to set the tone!"

M&S have removed the picture since Tracey made a complaint to them, but she still feels let down by the “family” shop. 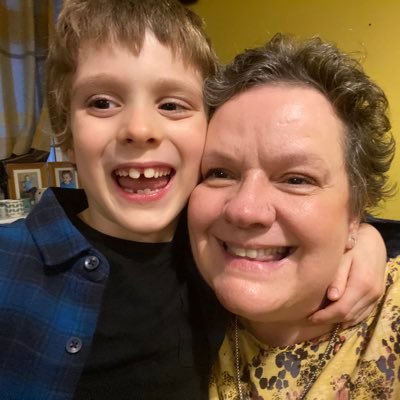 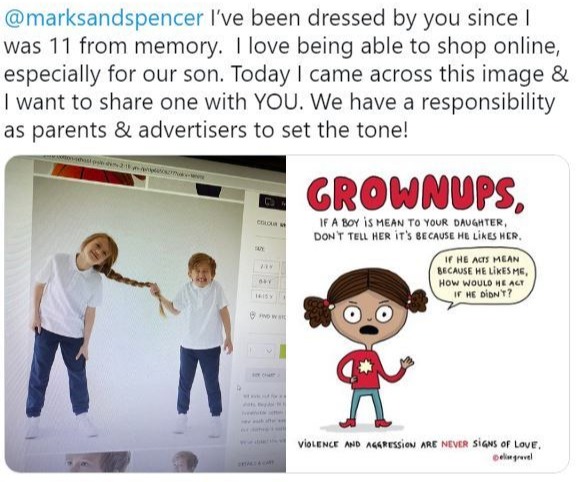 While the image has since been removed by M&S following Tracey's complaint, she says she feels let down by the 'family retailer'.

Tracey, mum to eight-year-old Elliott, told the MEN: "When I saw the image I thought how utterly ridiculous and whilst my son doesn’t sit with me when I order I was left thinking; what kind of message is this.

"I reached out to ask them to consider their responsibility as advertisers and I also messaged Let Clothes Be Clothes.

"If we don’t challenge and set the tone for change what else slips through the nets. I find it offensive on so many fronts and feel let down by M&S – they are a family store."

The mum-of-one, from Berkshire, added: "My son is 8 Autistic with PDA – he struggles enough.

SupportLine is open Tuesday, Wednesday and Thursday from 6pm to 8pm on 01708 765200. The charity’s email support ­service is open weekdays and weekends during the crisis – [email protected]

"I haven’t shared the image with him, only told him that I asked that an image that might encourage behaviours in others was removed and it was.

"He thought that was cool – I want him to never to accept things like this and to feel free and confident to stand up for others and question. To be fair they addressed the concern straight away."

Francesca Mallen, of Let Clothes Be Clothes, a campaign to end gender stereotyping in the design and marketing of childrenswear, added: "Fantastic to see Marks and Spencer take swift action on this, and the image now looks to have been removed.

"We love the transformation and move to more unisex children's wear at M&S, but all retailers need to be cautious of using descriptions and images that are likely to cause great offence."

An M&S spokesman said: "During the pandemic we used siblings to comply with restrictions – as can be seen with this image.

"We want our shots to be natural, fun, appropriate and inclusive and following feedback from our customers we took the decision to remove this particular shot.”