Maryland boy calls 911 while locked in hot car with 6 other children, woman arrested

Fox News Flash top headlines for May 13 are here. Check out what’s clicking on Foxnews.com

A Maryland boy called 911 Friday to report that he and six other children had been left in a hot car with the windows rolled up and the motor not running, police said.

The Charles County Sheriff’s Office said in a press release that the children's ages ranged from 2 to 4 years old, and it was likely the eldest who called 911. The boy reportedly told authorities that the children were hot and didn’t know where they were. 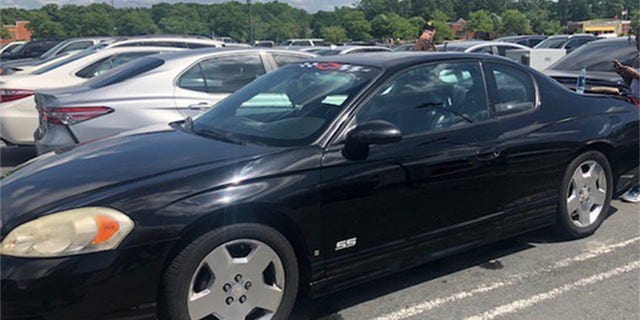 A Maryland mother has been charged with leaving 7 children in a hot car while she went shopping last Friday.
(Charles County Sheriff’s Office)

Authorities traced the call to a shopping center in Waldorf — about 25 miles south of Washington, D.C. — and helped the kids.The kids were "scared" and  "sweaty" as temperatures in the area reached up to 80 degrees, WJLA-TV reported.

Deputies said the driver arrived about 10 minutes later, having already been gone for about 20 minutes. The driver, a 37-year-old mother of two who was babysitting five other kids, was charged with confinement of children inside a motor vehicle. Her identity was not released.

The Department of Social Services responded and are assisting in the investigation, according to the press release. The Charles State's Attorney's Office said additional charges are pending.