A MASSIVE ice sculpture bigger than a double decker bus has been unveiled in London – to highlight improvements to the city’s energy network.

Sculptors have carved five of the capital's key landmarks into the whopping 16-foot ice sculpture – titled "Cooling the Capital" – ahead of London Climate Action Week. 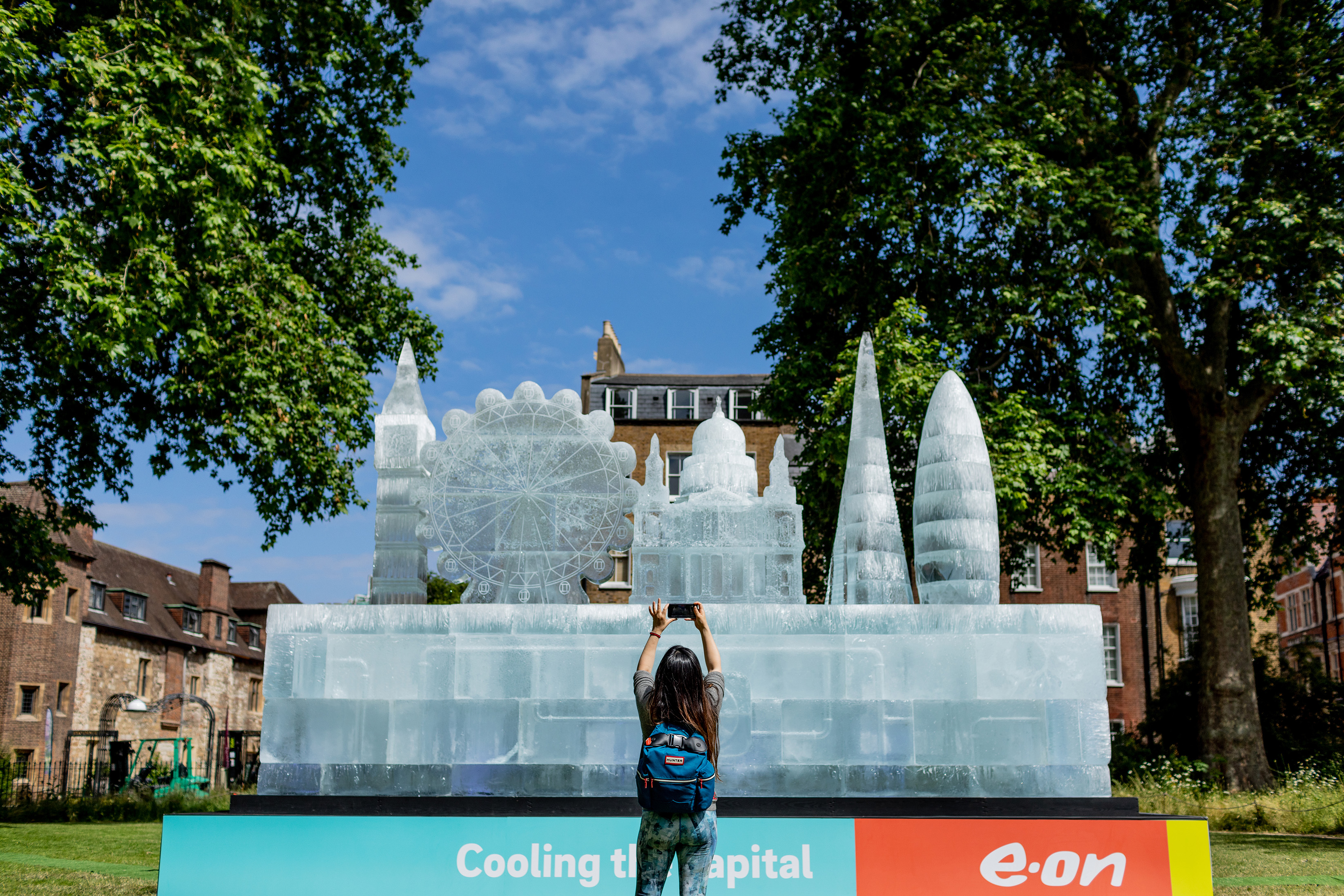 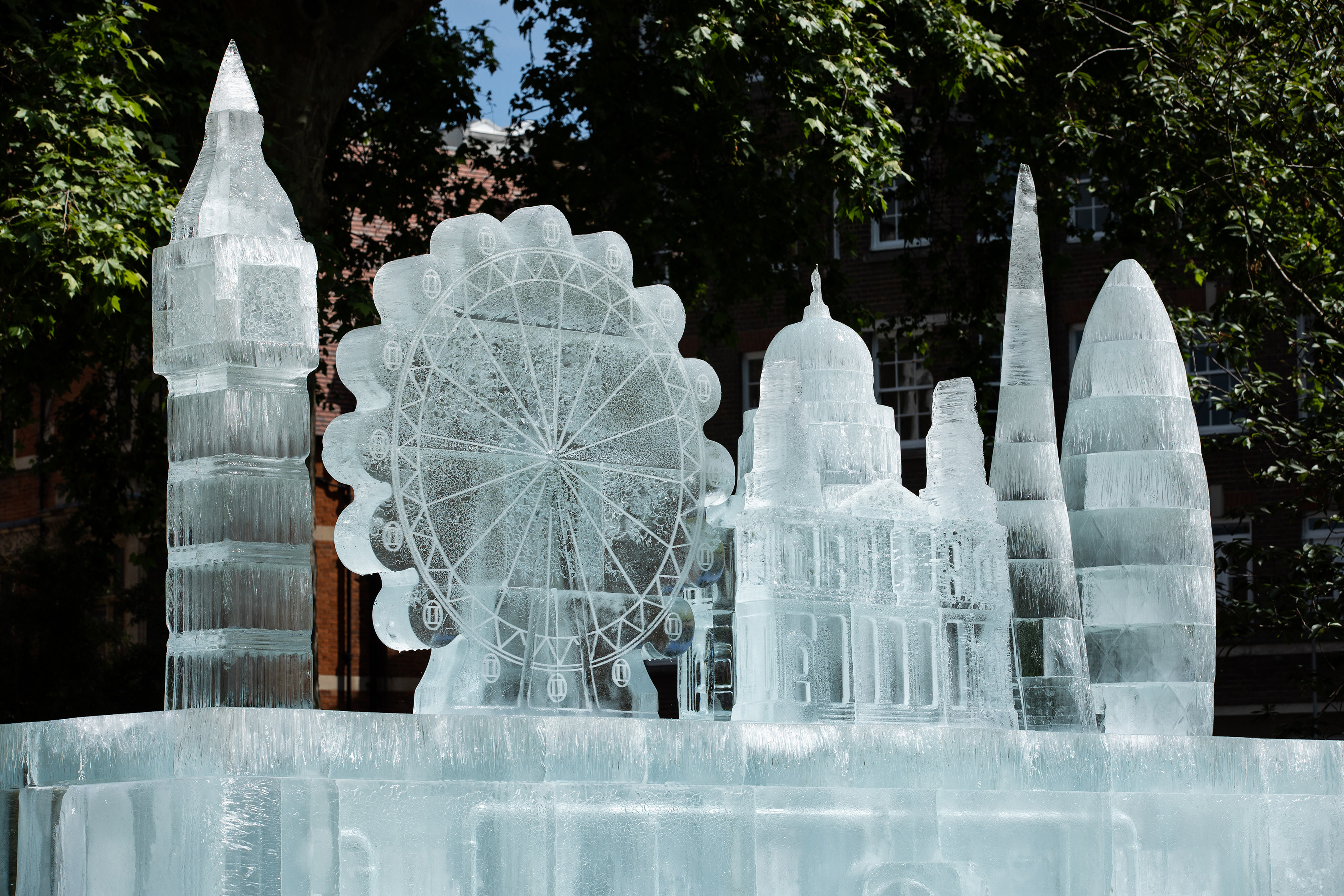 Renewable electricity provider E.ON revealed the 20-tonne sculpture to coincide with the announcement of its new £4 million zero carbon heating and cooling system.

The carved landmarks sit above a representation of a network of pipes connected to heat pumps – showing the public the energy network which covers more than 10 miles of underground pipes.

"I’d imagine very few of us have stopped to think about the remarkable energy network that exists right here in the City of London," Michael Lewis, E.ON UK chief executive, said.

Lewis added: "Through the technology and team at our Citigen site, we’re recycling the waste heat that’s produced as electricity is generated, as well as drawing up the earth’s natural warmth from 200 metres below the City’s streets.

"We hope our giant ice sculpture will prompt both an awareness and an appreciation for how homes and workplaces are being heated and cooled here, day in and day out."

The 4MW of extra heating capacity produced by the new technology is enough to supply 2,300 average UK homes.

It adds to Citigen’s existing combined heat and power engines, which already produce enough electricity and heating for the equivalent of more than 11,000 homes.

The project forms part of wider efforts by E.ON and the City of London to meet the UK’s net zero targets and contributes to London’s climate plans.

Anyone can visit the ice sculpture in Charterhouse Square, central London, on June 24, and they're invited to share their experience with #CoolingTheCapital @EONEnergyUK. 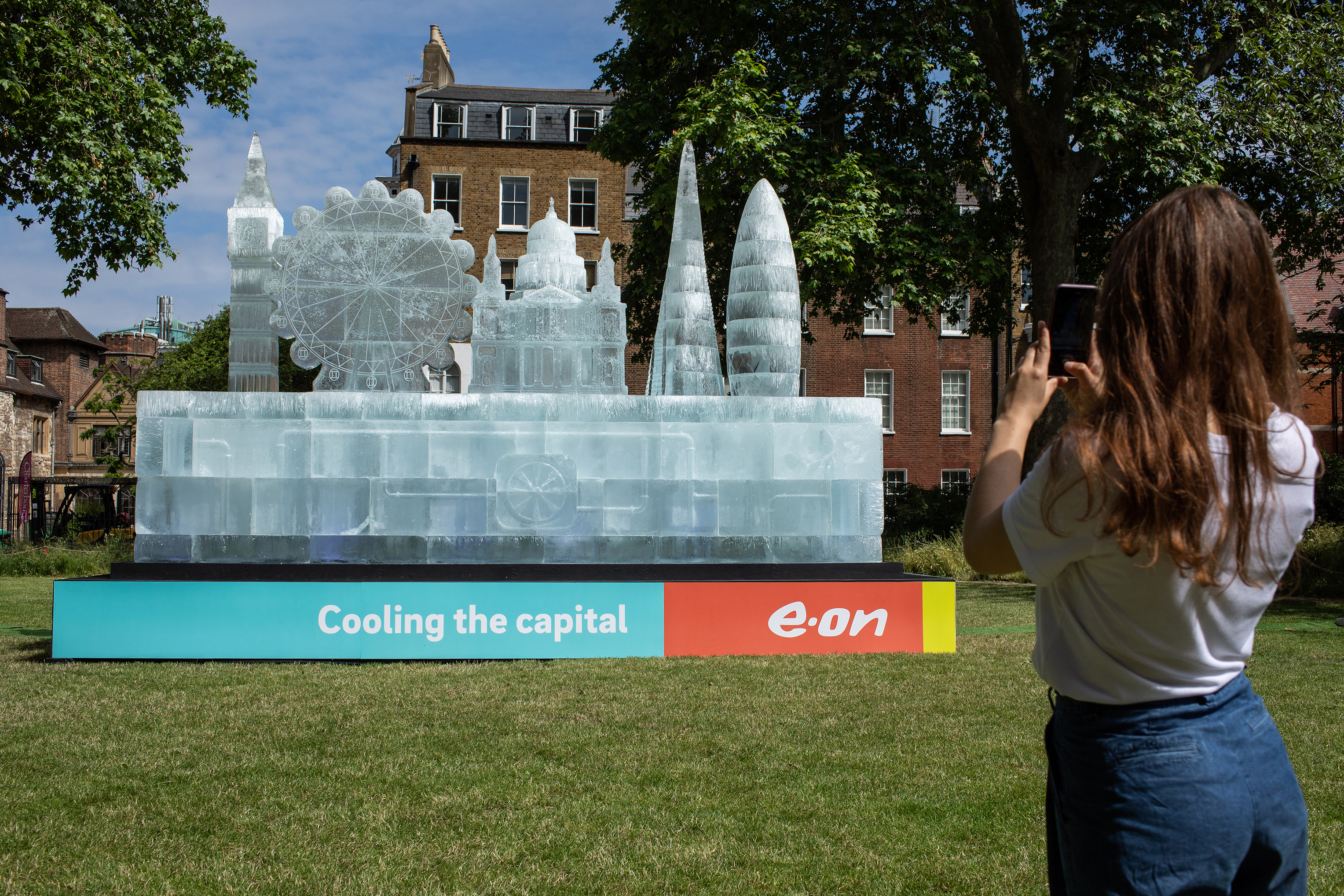