A team of British women who won gold at the World Parachuting Championships with their stunning skydive routine have been dubbed the Fly-onesses.

The group won gold in the female 4-way skydive at the FAI World Parachuting Championships 2022.

Their 35-second descent involving a set of various formations – filmed by their cameraman Simon Brentford.

The competition took place in Arizona, USA and the quartet bought home the gold medal on October 26.

Anna said: ‘It’s been the culmination of so many years of hard work and dedication and time spent away from loved ones. 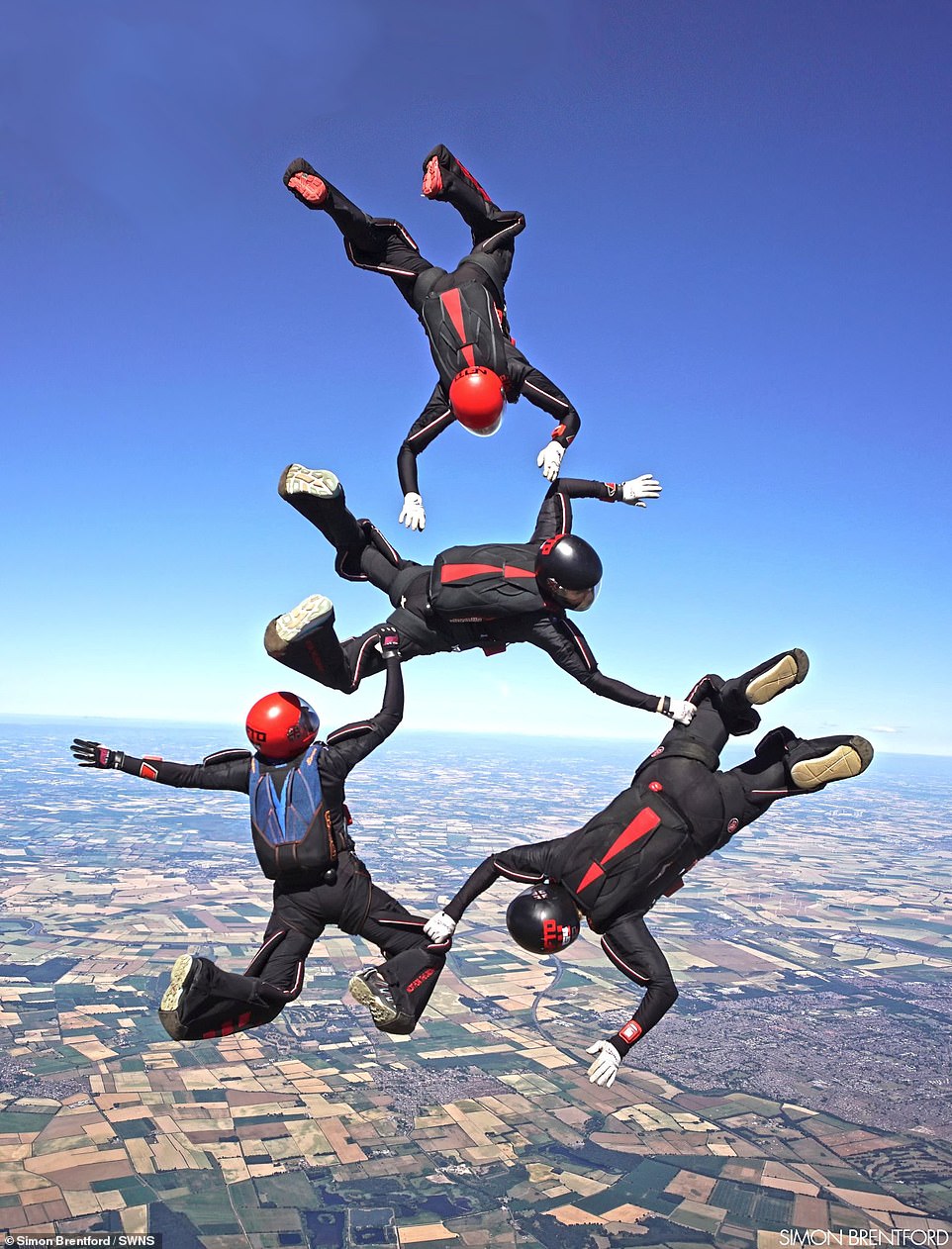 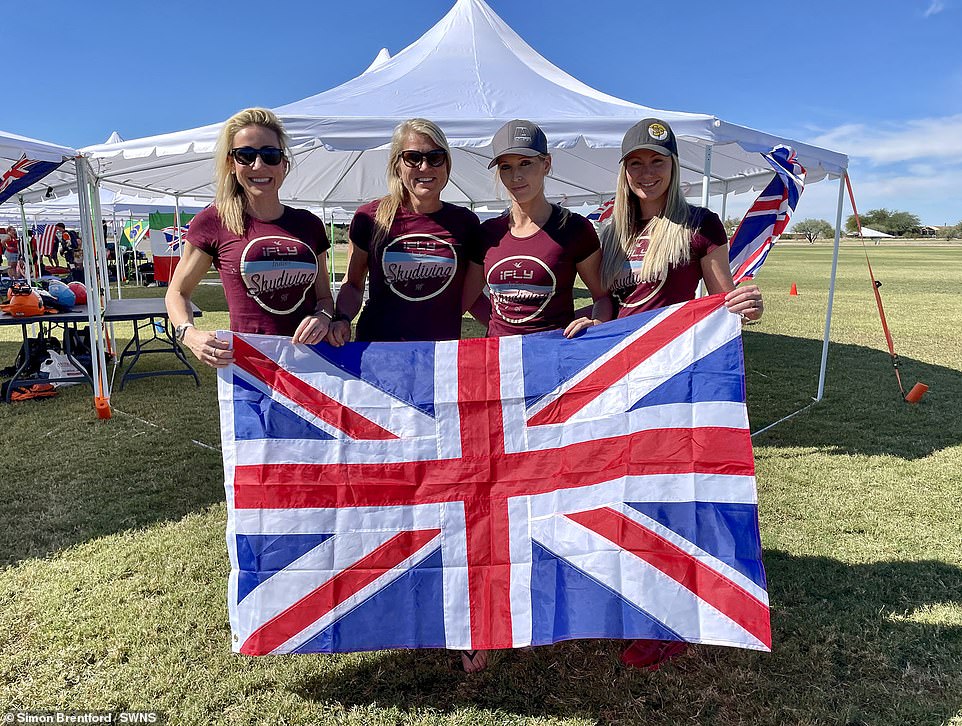 Flying the flag: The all-women team have landed gold medals in the competition and won the respect of the entire nation 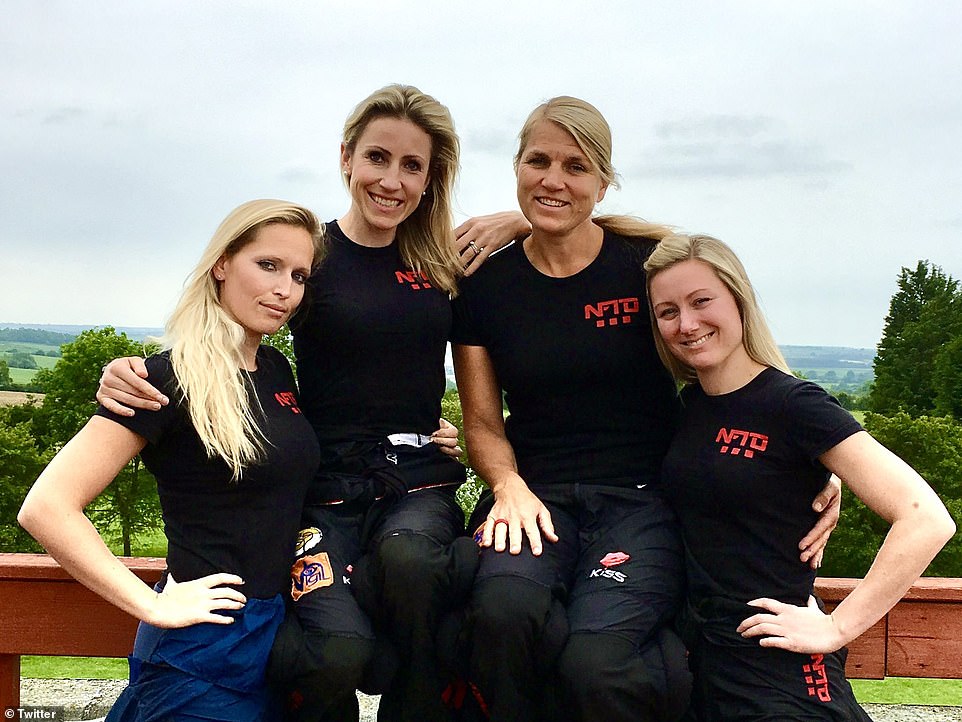 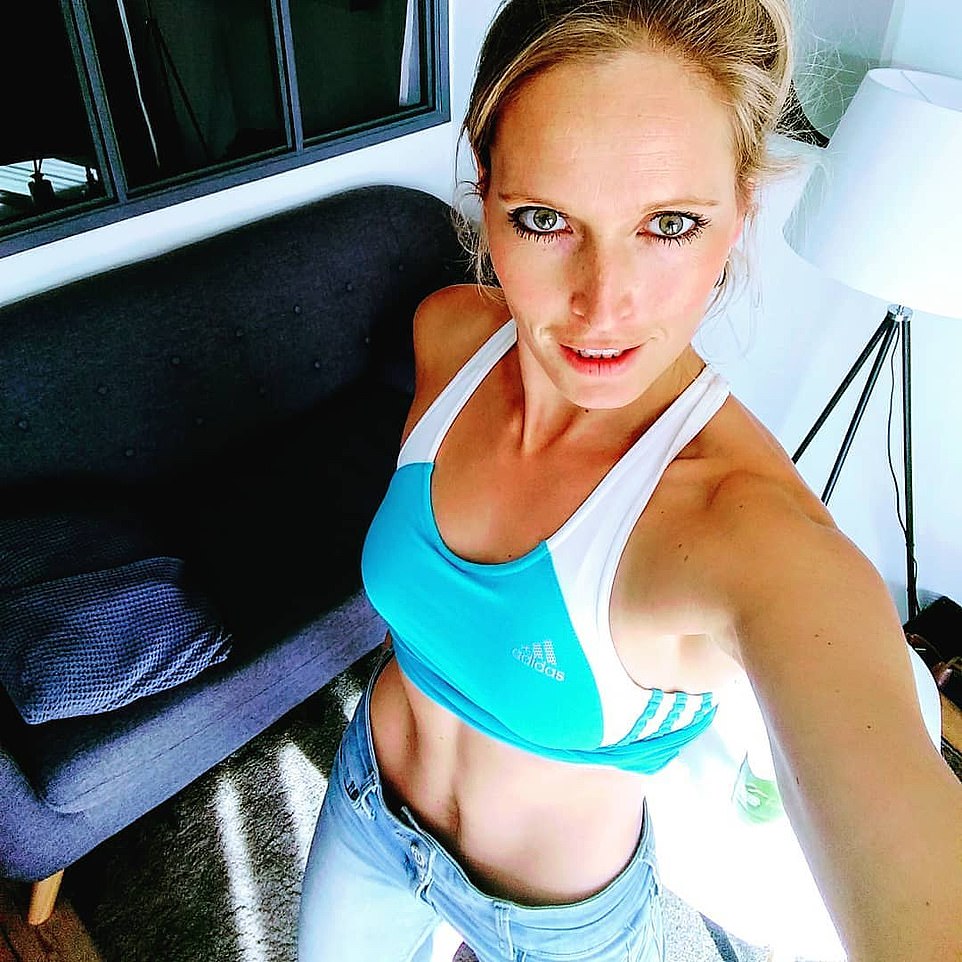 Sian Stokes is a member of the team and previously had her van, which was bought for £32,000, and equipment stolen

‘During the final few rounds I was feeling sick with nerves but I had to hold it together and reframe it as excitement.

‘To get to this point is just incredible.’

Anna added: ‘It’s really nerve-wracking. I don’t get fear of death anymore but I get performance nerves.

‘You have to perform well and there’s a lot of pressure not to mess things up.

‘If you fall over on an exit that’s a lot of points lost. We all squeeze hands on the way up and have a really strong bond. 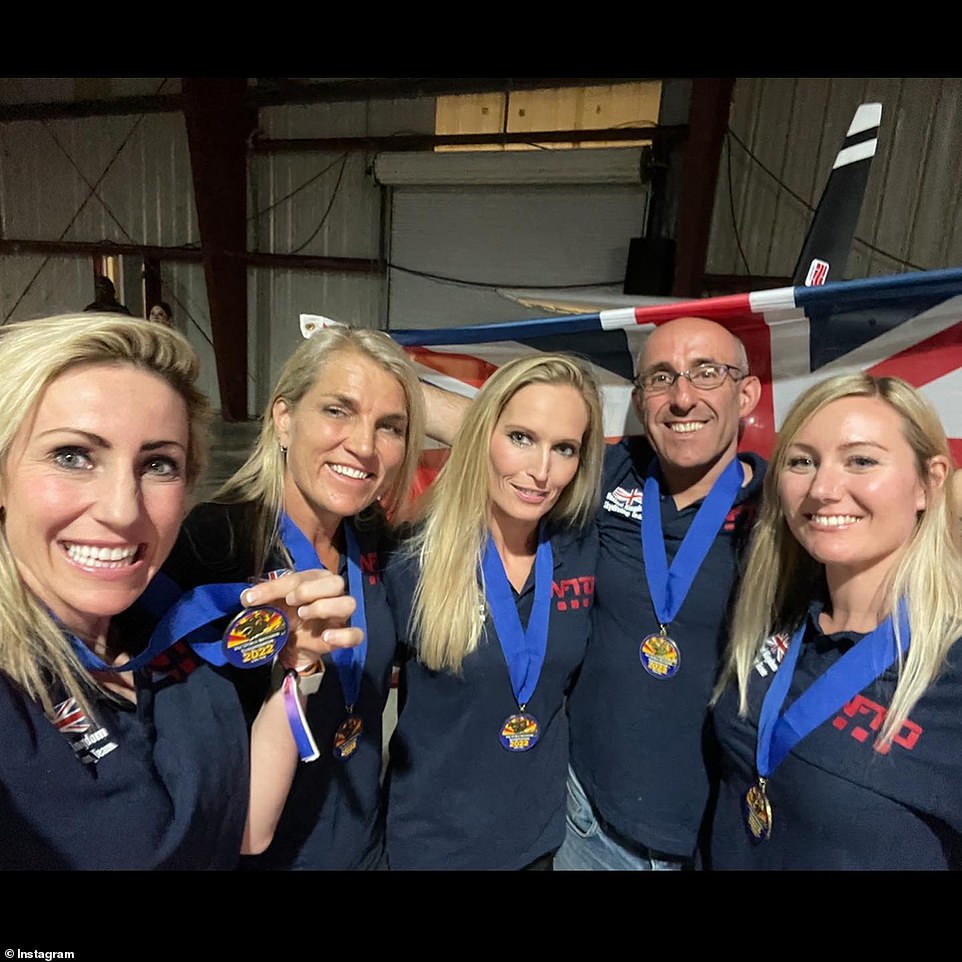 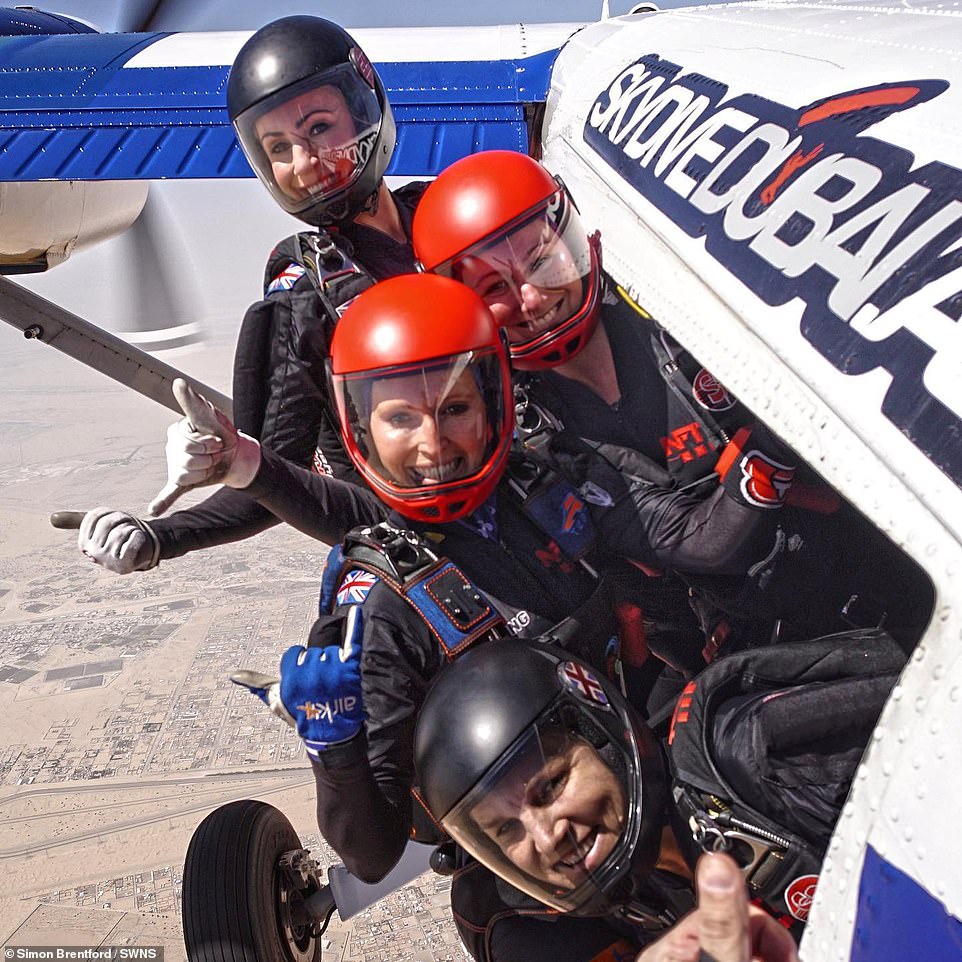 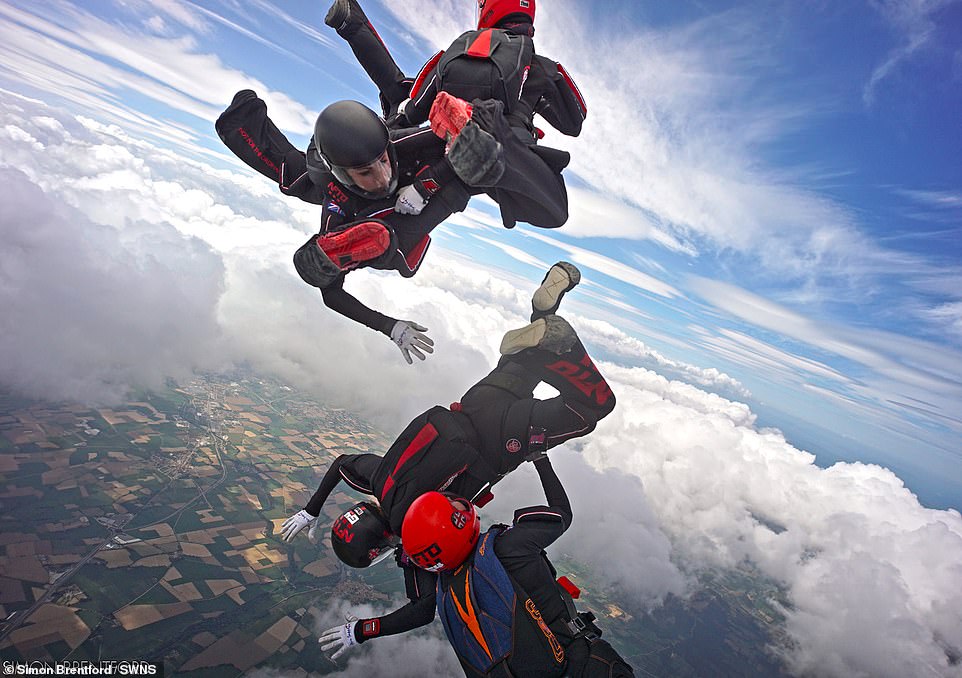 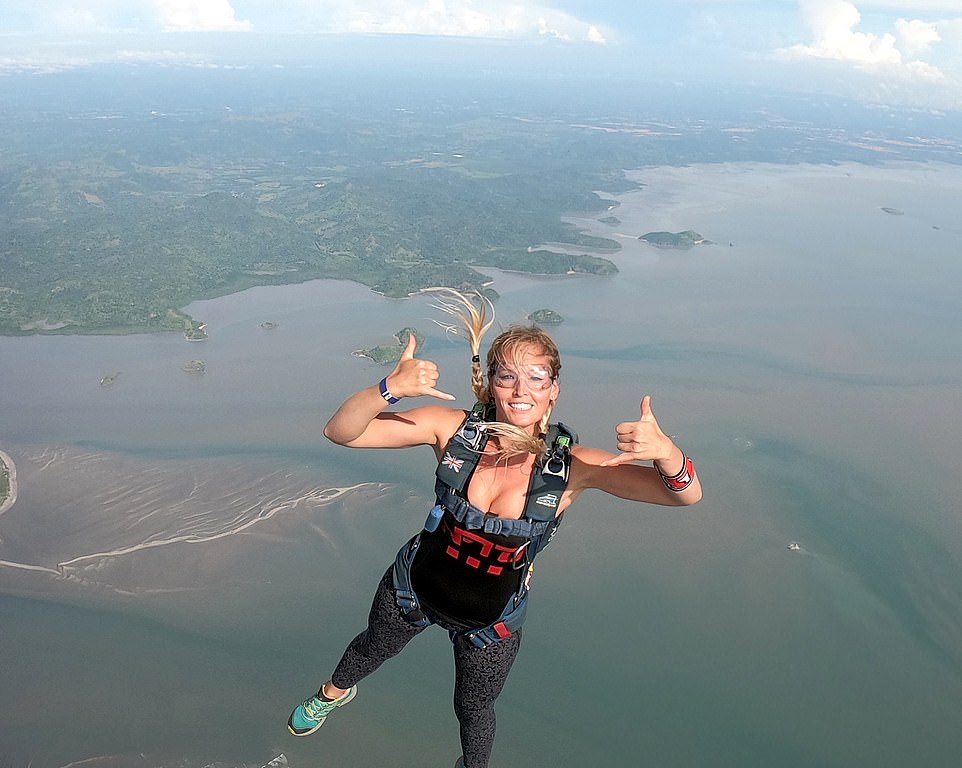 Sian Stokes, from East Bridgford, Nottinghamshire, is also a stuntwoman and has worked on a number of films over the years

‘We’ve been through so much together and shared so much blood, sweat and tears this year which I think is part of the success of our team dynamic.’

They only have one sponsor and have had to invest thousands between them for their training budget.

Sian is the only member of the team who works as a full-time skydiver.

Cath, who works for the NHS, is the only one of the women who doesn’t work on a freelance basis and has had to use all of her annual leave to be able to train.

The women do intensive 5-7 day jump camps once or twice a week and wind tunnel training one or two days a week.

Anna, an army medic from Collingbourne Ducis, Wilts, added: ‘I’m on the outside at the front so I have to hold onto the outside of the plane whizzing along at 90 miles per hour, it’s quite windy out there, you just have to repeat to yourself ‘stay strong’.’

Anna started skydiving when she was an army medical student and was inspired by the iconic Point Break scene where Patrick Swayze and Keanu Reeves free-fall out of a plane for three minutes.

She continued: ‘I thought that’s cool – I want to do that.’

No stranger to Hollywood glitz and glamour, Sian and Anna worked with Tom Cruise on Mission Impossible 6.