Meet the women paying the price for their partner’s crimes as they’re left bringing up babies, drowning in debt and being bossed around from behind bars – The Sun

PUTTING on her best top, ripped jeans and adding a swipe of lipstick, 29-year-old Carmen smiles in the mirror before heading out.

She's meeting her partner of 11 years, Ben, but they're not heading on a date night – he's banged up in prison, and she's dutifully off to visit him, like she does every two weeks, with her kids Olivia, 12, and Brody, eight. 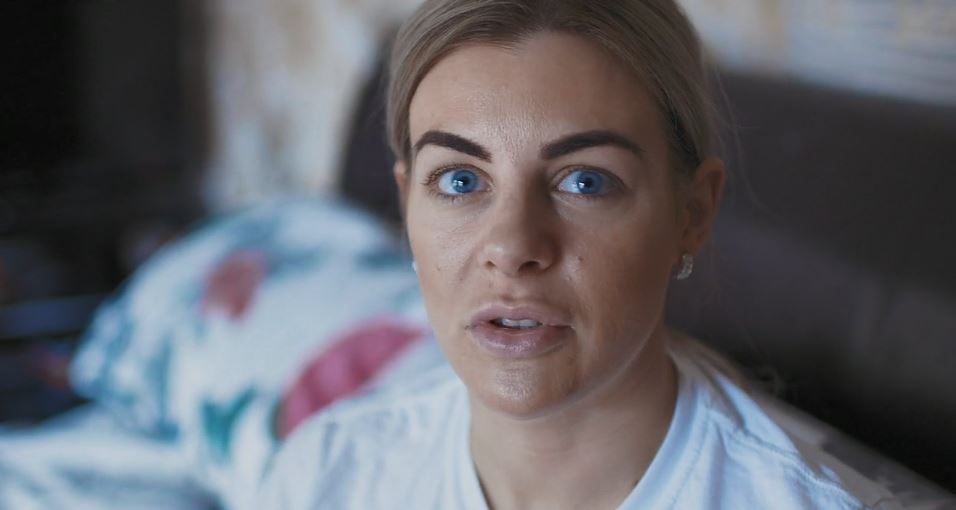 There are currently over 80,000 men locked up in the UK – but it's often their innocent partners who end up paying the real price for their bad behaviour.

"Life on the outside is harder than in. They're the ones that deal with the backlash, continue to go to work, continue to take the children to school – they have to deal with people's judgement," says HMP Manchester prison worker Debbie.

The visiting room is packed with women, all supporting their loved ones.

For many, seeing their other halves banged up would see them packing their bags – but for the women interviewed for a new documentary, Prisoners' Wives, this isn't an option. 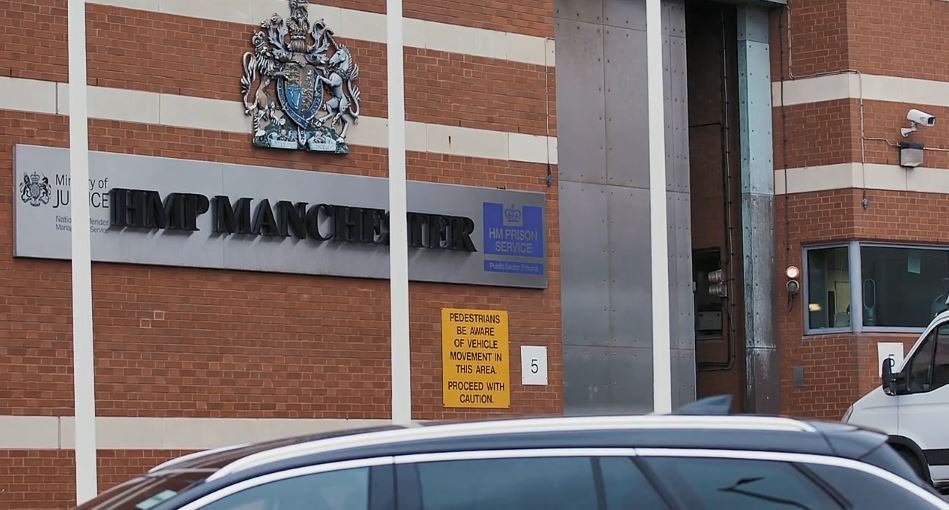 This is the fourth stint Carmen's boyfriend Ben has had in prison in their 11-year relationship, this time doing five-and-a-half years for conspiracy to burgle.

Carmen's serving her own sentence – with her life repeatedly put on hold while her partner unashamedly disregarding the law, meaning he's spent half their relationship locked up.

The mum-of-two, who has been left bringing up Olivia, 12, and eight-year-old Brody on her own, says: "I don't remember the first visit, but I remember [one when] Brody was 18 months and still in nappies. That was hard work."

It's clear the 60-mile round trip for two-hour prison visits she does every other week  is taking its toll on Carmen.
"I don't want to spend my 30s like I've spent my 20s – backwards and forwards to prison," she says.

"Ben has put me in this position and that's not what I wanted."

Even though it's Ben behind bars, Carmen can't enjoy freedom either – and is made to feel bad if she enjoys herself.

She says: "If I go out while he's in there, it's a major thing. He makes all these crazy stories up and then every minute he can he'll phone me.

"Even before I go out he says I'm going out to dance with boys. I start laughing and say obviously not – I go out to have a break from the kids, and a catch up with my friends.

"Obviously it's because he's locked in there  – but that's not my fault. I've still got to enjoy myself." 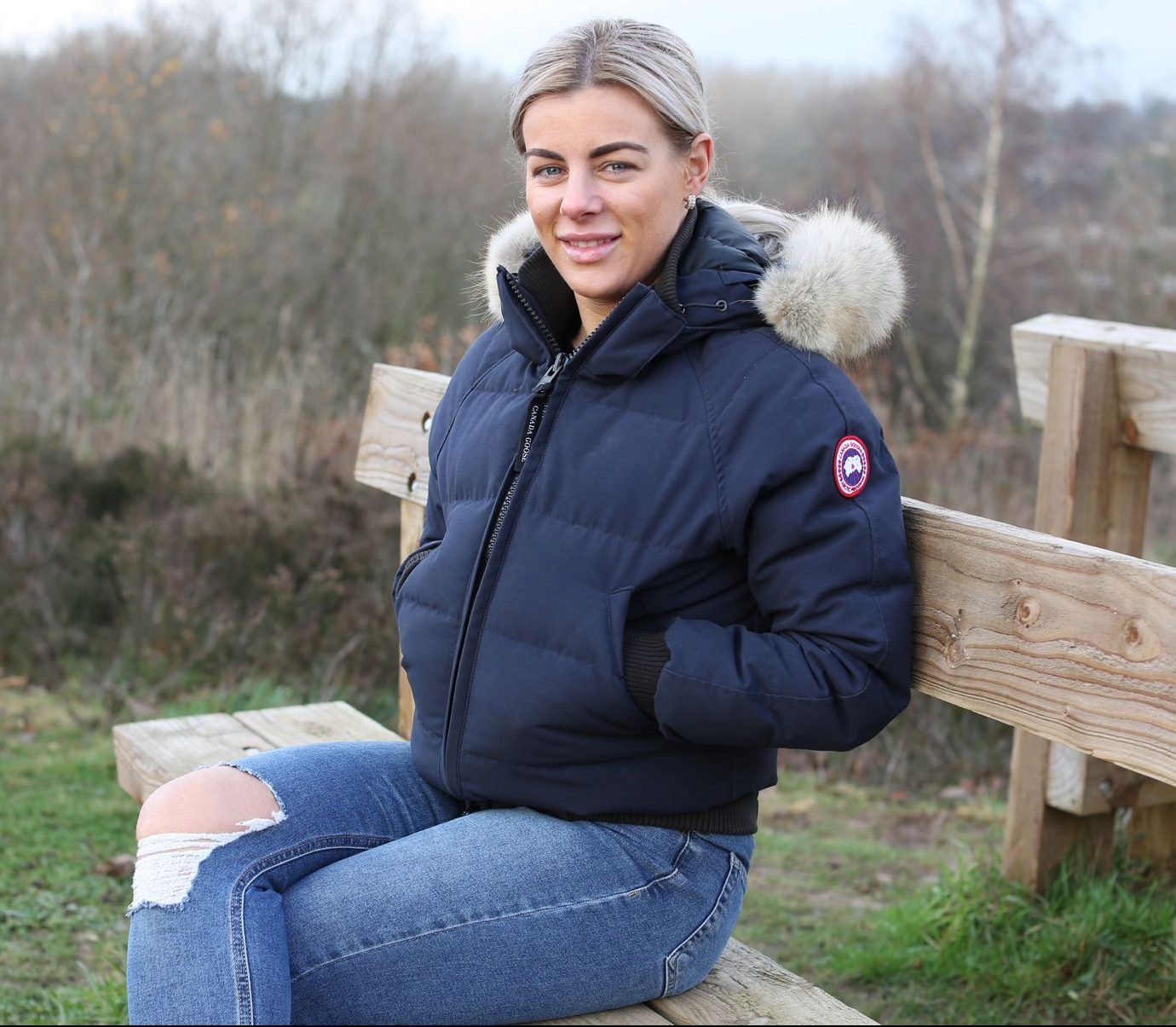 'I don't want my children to take after their dad'

The disruption also has an impact on the kids, with Brody lashing out, swearing and smashing things up.

"I think he's upset and sad and angry," Carmen explains. "I do hope he's learnt from seeing his dad in there that it's not a good life. I hope that he thinks, 'I want to be different to my dad,' and I would try my ultimate best to make sure he's not like that.

"I feel sorry for them. I do give them a choice. I never force them to go [to visit]."

Carmen also hopes for a different life for her daughter, admitting she wishes time and again that Olivia never ends up with a criminal.

"If [her partner] does go to prison she's to leave them at the first hurdle," Carmen says. "I don't want her to waste her life on that."

But it's not advice the mum takes for herself, explaining that "family is family" and that when Ben's around things are good – it's just not as much as she'd like. 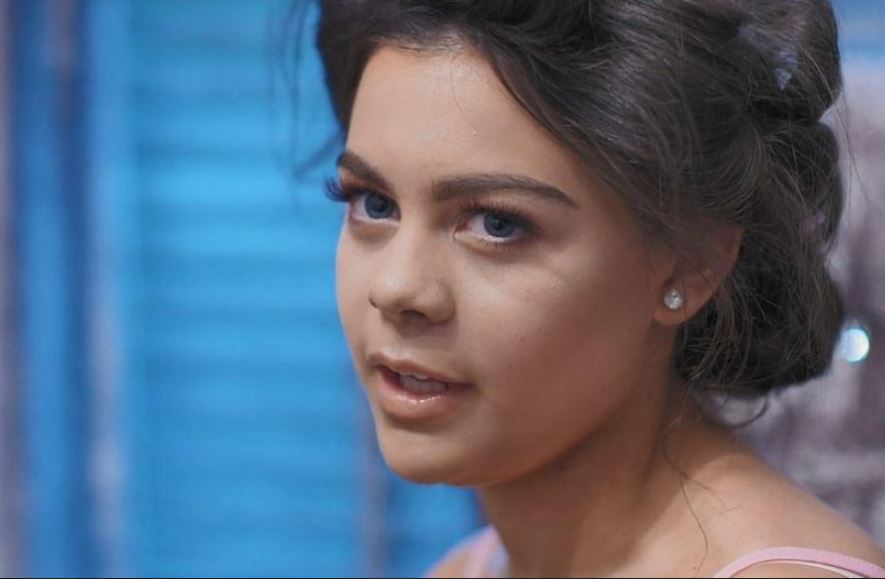 Jaymee, 40, from Bolton, has been left to raise ten-year-old daughter Brooklyn alone after her partner Gary was caught in possession of 4.5 kilograms of heroin.

"It felt like my world had ended, it was awful. My world revolves around my kid, obviously. She's a little girl who loves her dad.
"Explaining to her that her dad's not going to be around to do the things they normally do is hard."

Brooklyn adds: "I do get a bit upset because he's done something that's made him get put into prison. Everyone else gets family time… and I can't because of where he is."

To make matters worse, at one point Jaymee was also arrested under suspicion of being connected to Gary's crime – but while she was eventually cleared she had her benefits sanctioned and ended up in debt. She now works at the local cafe to make ends meet.

It wasn't the first time Jaymee had been arrested because of Gary's crimes either – when Brooklyn was a baby she was remanded in prison for 14 months, with her mum looking after the tot.

"I know we're in this situation because of him [but] it's so hard to blame him," Jaymee says. "I wouldn't want him to get depressed in there because that will have an effect on us as a family anyway.

"Some people might think I'm stupid for staying with him but I actually love the guy.

"He's been stupid. It is what it is and if we're together we've just got to deal with it." 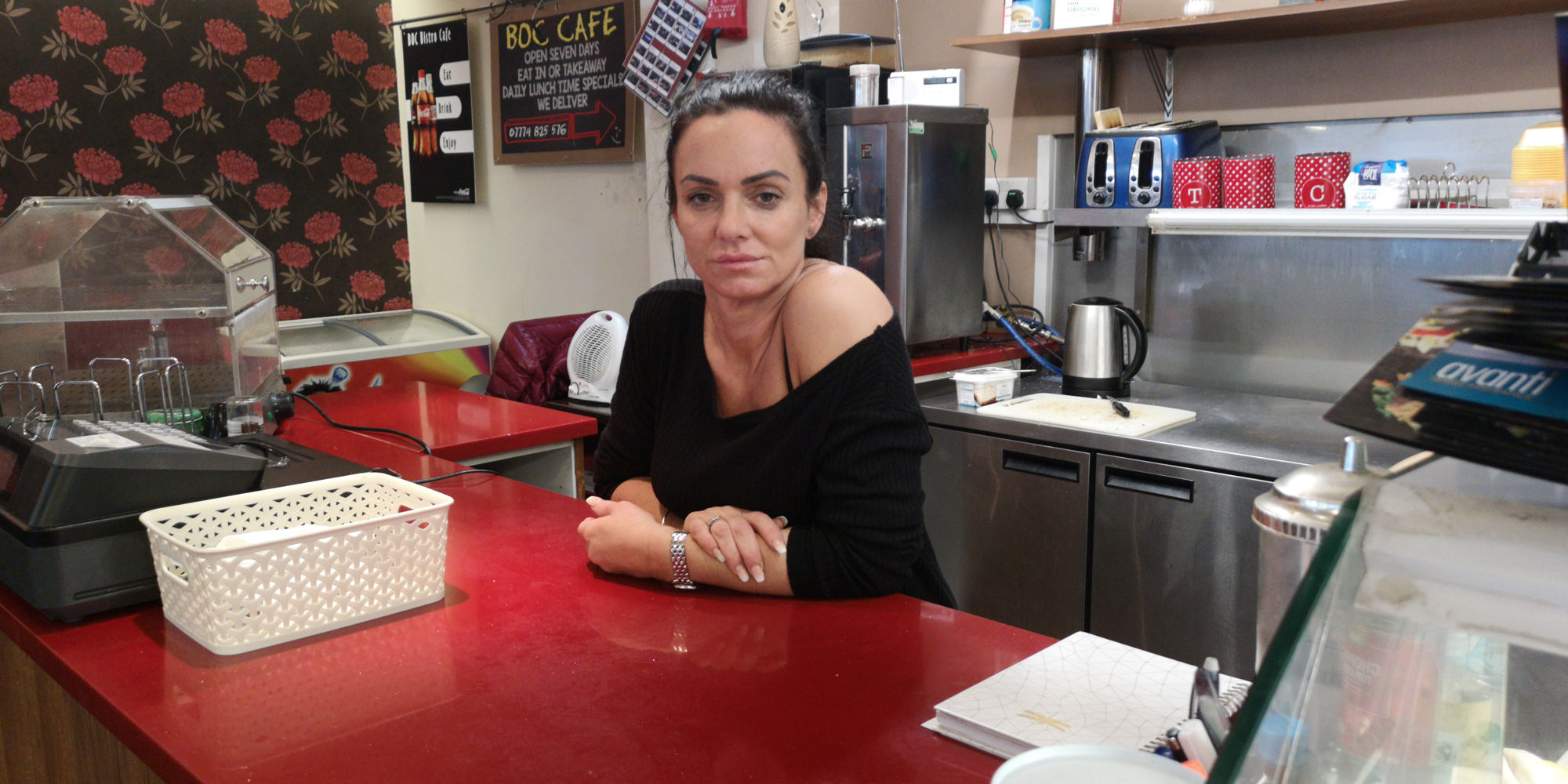 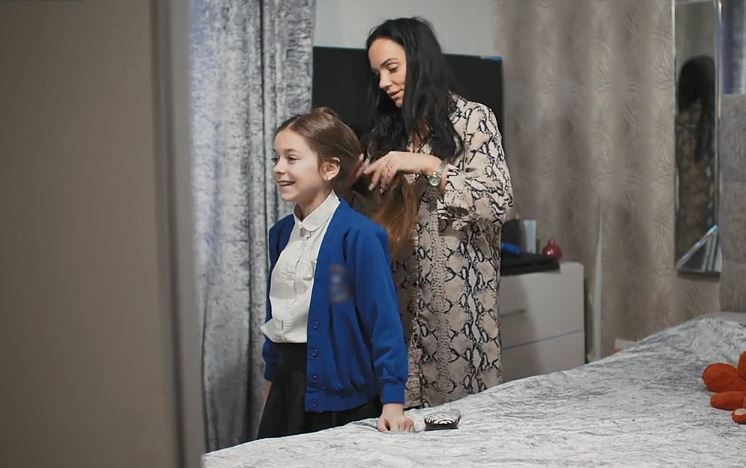 It's his second stint in jail, but his first since he's been with Laura, 33. They have 14-month-old Ava together, and she also has two older kids from a previous relationship.

Cradling Ava, Laura says: "Everything is on hold. I don't really have a life now. I just get by the best I can until Lee gets home.

"It's like groundhog day. Every day is the same.

Ava was just a week old when Lee was sent down.

"It's me doing absolutely everything," she says. "I've changed every single nappy, given her every bottle, I've fed her every meal – I don't get any help with it.

"Lee hasn't even pushed Ava on the swings. It is a little bit gut-wrenching.

"In that first year there's so many new things, so many changes. You can't help but think, 'Lee should be here to see this.'" 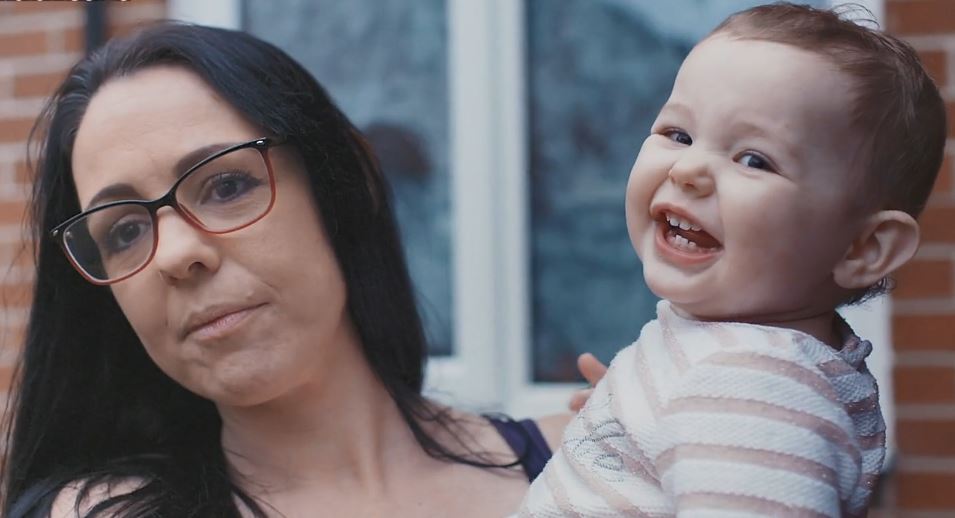 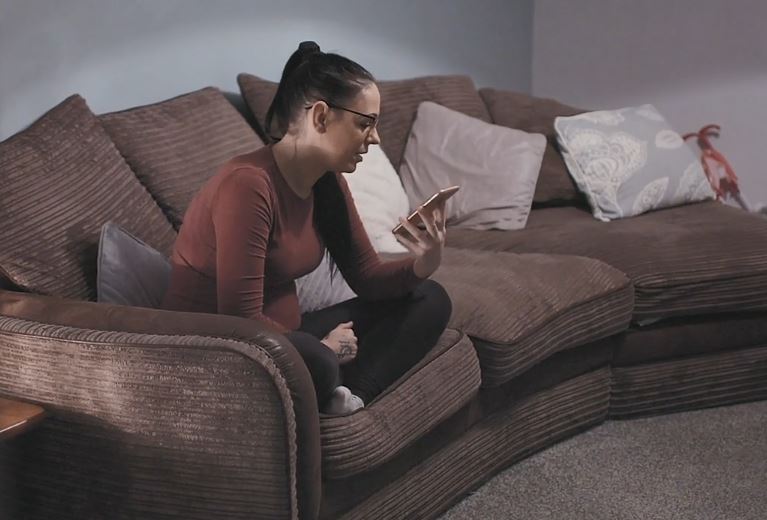 Despite the hardship, Laura's still dedicated to her criminal partner.

She says: "He's obviously committed to being good in there to give us what we want as a family.

"I think Lee did what he was doing because he wanted to make things a little easier for us but it's had the opposite effect.

"The fact is Lee committed a crime and that crime required him to do a sentence that he deserved – but it's hard, it's really hard."